I am SO beyond happy to be back at work now. I missed my kiddos so much. 💕

#i may have cried today, #toddler teacher, #teacher life, #teacher, #i love my job, #i love my kids, #i am so happy
2 notes · See All
steveneveralText

Well, life certainly has its ups and downs.

The woman that I was seeing decided to break up with me. While that sounds sad, it’s not as bad as it sounds.

She is someone who has a very busy life, and while she enjoyed her time with me, she realized that she’s not looking for something long term. Something in our lives had to give, and unfortunately, it was me.

While that sucks, I have to actually give her kudos because it’s usually at this point in the relationship that emotional and mental connections start to take hold.

She even told me that she respected me too much to lead me on for too long.

She might be open to something in the future, but I’m just going to have to play that by ear.

In other news, I unfortunately am not renewing at my current school. It’s no problem, but considering the school I was at just a year ago, my current school was a big step up and a change of pace. I went from a school that treated me like I was some scrub fresh off the plane to a school that gave me more professional development in the first two days I was there than in the nearly five months I was at my previous school.

As a bit of an aside, I was recently talking to someone who went through the full year at my previous school. She told me that after I left, there was almost a complete turnover in teaching and leadership staff. Out of the group of people that were hired at that school with us, only her and another woman were there for the full year. She also told me in the two months after I left that school, five Korean teachers and two more foreign English teachers left, one of the English teachers even did a midnight run! She even described it as a “complete shit-show”, and completely understood why I left when I did.

Yes, it was that bad.

She even said that out of the many different schools that she’s worked for during her time in Korea, the school that we were at was easily the worst.

Anyway, I figure that I should elaborate on that situation. Even a year on from it, it makes my stomach hurt just thinking about it.

I also have an advantage when looking for a job in the next few weeks: I don’t have to quarantine for two weeks before I start my new job. I’m already in Korea, so any prospective employer who wants to hire me knows that I can start right away. So, it’s not all bad.

I’m always good about being flexible to life disruptions. It’s one of the many skills that I learned while I was in the Army that has set me up for success in my life. This is especially important when you’ve been living in a foreign country for multiple years.

Even with the current Coronavirus situation, I’m in a really good spot. While I can’t travel because of the pandemic, I will at least be setting myself up for future success.

In short, Life is good.

You guys, I don’t know why but the past few days have just been filled with some of the kindest things people have said to me- from my seniors on the last day of virtual class to a former student to my host teacher from student teaching nine (!!!) years ago. I’m just very overwhelmed with the grace and love and warmth that I’ve gotten from the universe this week, especially since it’s been a tough few weeks in everything else.

#teacher life, #i dont mean this to be weird or braggy, #i mostly just want to archive it for my own memories, #because sometimes people are more kind than you expect, #and those are good days, #my kids, #teaching in the time of coronavirus, #senior teacher, #im not crying youre crying, #theyre all just the best, #personal
6 notes · See All
daemonmatthiasText
#personal, #teacher life, #teacher life under covid19, #menstration mention
6 notes · See All
whatyouwant-callitText

when you’re ready to have a chat with a parent about a student’s strengths and weaknesses and growth over a school year but it ends up being “okay he has a B now right? Great! Let me know if that slides. Bye!”

Very humid, very toasty 6 mile slog this morning. But it’s done! And I’m feeling better about building up a base of miles before marathon training starts in…. July? Assuming there is actually a race in October.

Tomorrow is the last time I see my kids for the year. Grades for seniors were due today and I am all up in my feelings about it. I can’t believe how much I miss them.

chose to send texts via google voice for my end of year failure notices (because I hate phones but also who knows what kind of hours these parents work and such) and now I will be absolutely TERRIFIED for the rest of the week that a parent is going to be angry, challenge me, or I am otherwise going to get in trouble somehow.

#teacher life, #it doesn't matter to my anxiety that these kids have been failing all year, #or that their parents have not responded to any of my previous attempts to contact them, #clearly they are all going to be angry and demand to know why their child failed, #and why I hadn't contacted them more throughout the school year
8 notes · See All
txmelText

Who can: turn off their alarm? Take more than a 15 minute lunch? Use the bathroom when they want? Turn their conference time into nap time?

Today I was working at the computer for hours with my kiddos, but it was making me sore and exhausted. So, I had a crazy idea…

I did another Focus T25 video. This one was the Stretch one. Which totally helped me feel better.

#bye taxonomy paperwork, #you may live in my drive, #im WAY more likely to use you there, #teacher life
1 notes · See All
teacher-daniText

Oh, btw y'all, on top of the complete SHIT show that teacher checkout is this week…?

Like remember how we have to pack up and label our entire rooms so they can deep clean on top of the regular “turn this in, turn that in, get signatures” stuff IN LESS TIME than usual and we have to turn stuff in in order to check out that ISN’T EVEN DUE YET and I have a training that takes up half my assigned time slot? THAT complete shit show?

Also this week we have apartment bullshit, too! They did the annual fire alarm inspection last week and then notified us that some sprinkler repairs are needed. We are legally required to make sure that no furniture or personal items are underneath any sprinklers.

Which doesn’t sound too bad…. BUT the notice was super snotty about it AND the repairs start 9am tomorrow and will be completed “by end of day Thursday”. That’s it. That’s all they said. Is it even every single unit that needs repairs?? Which days are which buildings?? NOBODY KNOWS! So we just had to rearrange half our bedroom so that the bed is on another wall, plus we’ll have to pull down my wedding dress and several decorations off the walls each day, and we’ll have to unplug and move my computer when they get here. If they get here. Is2g I will MURDER someone of they don’t enter our unit. 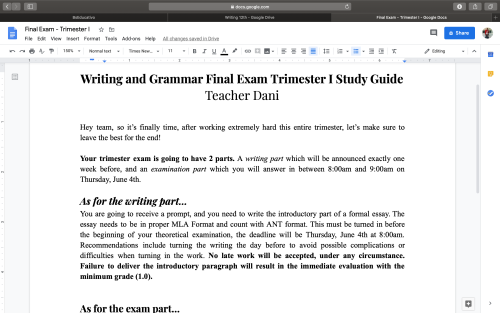 Some days the workout is easy and you feel proud of what your body can do.

Some days, you do the same workout you’ve been doing for 5 weeks and it seems so much harder than before. So you have to pause the video and vomit mid-workout. But you let yourself recover, breathe again, and get back into it so you still finish strong.

But I’ve finished 5 weeks of working out every day Monday through Friday! I’m so proud of that!

I finished my 3rd year of teaching today. I never in my life thought I was going to be a teacher and now I have 3 years under my belt.

I start a new journey next year and I am so excited about it. I can’t wait for what next year will bring.

Today, in a Zoom meeting with my Fifth Graders, one of them had several kittens because her cat had just had them recently. It was a huge, but welcome distraction.

If you browse my blog long enough, you’ll figure out how much I love cats. I really wanted to ask her if she’d let me have one…

Had a student today randomly message me asking for book recommendations because all the suggested summer reading books “look boring”. Clearly, nothing in the world makes an English teacher happier, so I asked a few questions and recommended her the Sunshine Girl trilogy (McKensie), the author Lois Duncan, and The Night Circus (Morgenstern).

And then I sat there… tried to talk myself out of it, failed miserably, and made a Google form that asks simplified versions of the questions on my book rec service’s profile.

But then! I wanted to test it. I’d never used the “email me about new submissions” feature and wanted to be 100% sure that it was working before I posted it to everyone because no way in hell am I actively monitoring that form. So I messaged a student that frequently exchanged book recs with me before the closure and she volunteered to test the form. 1. It worked; 2. Obviously, I sent her the appropriate recommendations in exchange for her time. I suggested for her the Caraval trilogy (Garber), the Great Library series (Caine) and Spinning Silver (Novik).

And I posted it to Google classroom with a fun/catchy little announcement post.

Within the hour I got an email saying I had a new submission!! This student likes a lot of horror and requested something she could get lost in, so I recommended Gideon the Ninth (Muir), Circle of Stones (Fisher), and Abarat (Barker).

Yesterday was a struggle and I felt like there was no progress happening with my workouts.

I did fall, but that was during the balancing part at the end of the workout. So I figure that’s reasonable for now.