So my class is being as annoying as usual, and sure enough my teacher types this on the board:

This, dear people of tumblr, was my response

Not making a sound 1

Not making a sound 2

Not making a sound 3

Not making a sound 4

Not making a sound 5”

#elena rambles, #school, #2020, #teachers, #teaching, #idk, #text post, #and very deep i thought, #this was originally a tweet, #that i posted
2 notes · See All
sugargliderowlAnswer

I would say that those are the types of people that I was shaped from. It’s like I am a clay dough, and the people I meet are different artists. The amount of participation varies, but in one way or the other, they make me into who I am. They might not know it, but even a small breath coming from them can change the pottery. It’s weird, but tis cool! 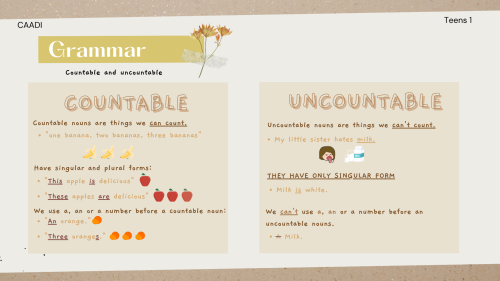 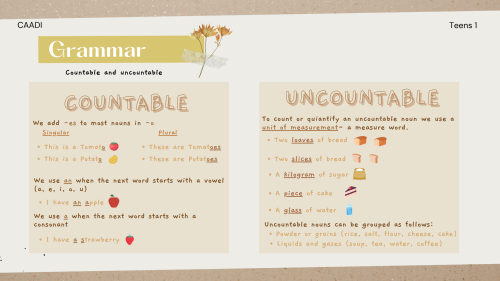 #this is only a very small portion of the shit that happens on a daily basis, #high school, #absolute insanity, #teachers, #school, #teen, #teenagers, #why
2 notes · See All
iwantmytcText

Only if he’d knew how much I love him…

Anyone else have online classes on a shitty platform so you wanna turn your camera on during a call because you understand how hard it is on your teachers and a lot of them are pretty great so you want them to be able to see you, but if you did that, the call would buffer and the quality would drop below zero, so you all silently agree not to because you’re barely keeping up as it is?

I’m in college now, but my sister still goes to school in District 203, and her school has a huge problem. Despite having taught from home for months now, the school isn’t allowing some teachers to continue working that way. That means that for immunocompromised (and beloved) teachers like Ms. Weston, she may have no choice but to quit her job and find a new position. We’re trying to help save our teachers’ livelihoods in the midst of this pandemic.

OUR TEACHERS CAN WORK FROM HOME, BUT NOT FROM A CASKET.

It would really help out if you would sign the petition below and reblog/repost it!! every signature helps. (let me know if the link is broken)

Me: Ah, I miss my school

Also me: *flashback to teachers screaming “Is this a class or a fish market?” at me and my classmates*

Me to myself-‘Well guess I’m not doing it then!!!’

#Negativity, #it do be like that, #teachers, #awkward enby speaks
1 notes · See All
quotesfromscriptureText

my lovely desktop wallpaper so i dont hate my monday mornings like I typically do. 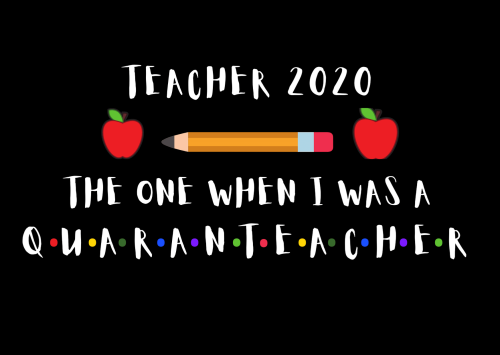 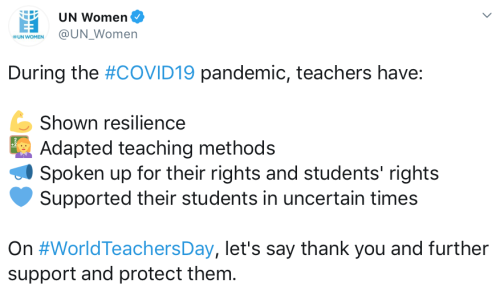 Sending love to my wonderful teacher friends who not only have to put their health at risk this school year, but they now have to come up with three different lessons plans because some schools are offering virtual class + in-person teaching + blended-learning modules.

Let’s be real, devoting time to lesson planning for in-person teaching and blended-learning modules will most likely be rendered completely useless at the first instance of a Covid-19 outbreak and school shutdown, leaving teachers scrambling to adjust as they did this spring.

And, don’t forget, these teachers also have to spend time learning proper cleaning procedures for the classroom and educating themselves on all the health safety protocols that must be enforced.

Which, if we’re being completely honest and thinking logically, it’s hard enough to enforce regular rules at school. Do you really believe every kid is going to follow every protocol, as well as properly wear their mask and social distance from their friends at all times?

The CDC themselves just published a report on Friday stating that they believe “children may play a more important role in transmitting the disease than previously believed” after an outbreak of more than 250 kids at a Georgia summer camp.

Reopening schools is such a risky gamble for all ages when we still don’t know enough about transmission, we have no idea what the true death rate is, and we’re not sure about the long-term effects of the virus for those who recover.

Why not focus on keeping everyone safe and healthy at home, let teachers solely devote their time to making virtual learning the best and most productive it can be for all students, and invest in solutions for the issues that virtual learning presents?

Schools should not be pushed to fully reopen against the advice of medical experts, especially considering the fact that many states have been surpassing Covid-19 records every day, as of late.

Putting children in high exposure situations at school will just further spread the virus between students and beyond the classroom to their parents, siblings, relatives, and/or caregivers.

And don’t forget our teachers, too, who are already grossly overworked and underpaid. They will have to endanger their health.

I know there are many challenges to virtual schooling. Some kids need in-person teacher attention. Some rely on schools for breakfast and lunch. Some can’t afford the proper supplies and set-up to do work from home or their parents have to work and can’t afford childcare.

However, we have to find better solutions out there to tackle all these nuances and issues presented by the pandemic and virtual learning…without endangering the lives of a large swath of our population. 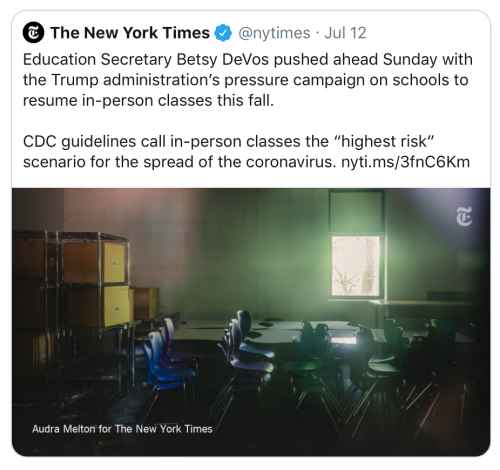 You horde food. You carry maps. You leave your shoes on all the time, even in the bath.

Everyone has a coffee cup. The coffee cups do not have coffee in them.

You are separated into groups with names in dead languages. You drink from a communal barrel.

Someone has Jell-O. The Jell-O does not have Jell-O in it.

People go without clothing as a result of archaic rituals.

After a week of icebreakers, everyone knows your name, your major, and a fun fact about you.

After a week of icebreakers, everyone knows too much.

You bought your textbook used. You ignore the writing in the margins.

Everything is in Comic Sans.

In the library, a stranger asks you to guard their stuff from other strangers.

Someone is sitting in your unassigned seat.

Someone is screaming in the hallway. “What are they celebrating?” you ask your roommate, even though you both know that no one is celebrating.

Netflix asks, “Are you still watching?” Yes. The answer is always yes. You are afraid to say no.

You look at the clock. It is five minutes before you last looked at it.

It is always five minutes before you last looked at the clock.

The bulletin board is always full of flyers. One day, there are only two fliers. The cafeteria has been closed by the health department until further notice, one says. Missing, the other says. The next day, there are no fliers. Paper is obsolete.

Due to budget cuts, every professor must teach two classes at once. The football stadium grows larger.

You have a doppelganger on campus. You have never seen them, but they attend your classes on the days you skip. You don’t say anything. Participation is 20% of your grade.

Nobody has seen Chad for five days. Another Chad takes his place.