i personally have doubts about whether she can hold it together for a high pressure team competition (her bars have been inconsistent for a while!) If she figures it out (aka her bars), then I could see her having a good chance because their line up is weaker on bars. IMO a good Ting2 inclusive team would be Ou Yushan, Ting2, Qi qi, and tang xijing (so replacing Li Shijia).

But that also means Wei Xiaoyuan has a chance of taking that ub/bb spot if she upgraded—I felt her floor has more potential than Ting2 too, so there are definitely gymnasts with similar skill sets as Ting2 who can replace her.

And with Li Shijia, perhaps they will value the insurance of having 3 DTYs + Qi’s amanar. Li Shijia also strikes me as being good under pressure lol. Again, it really depends what these younger gymnasts do with this extra time to upgrade.

I feel Ting2 has kind of reached the ceiling of her ability, which makes this unpredictable bc it will really depend on how much or little the others with room to grow improve. It might be tough for Ting2.

Zhou Zhuoru at the 2007 Glasgow World Cup. Someone please bring this back for NCAA! 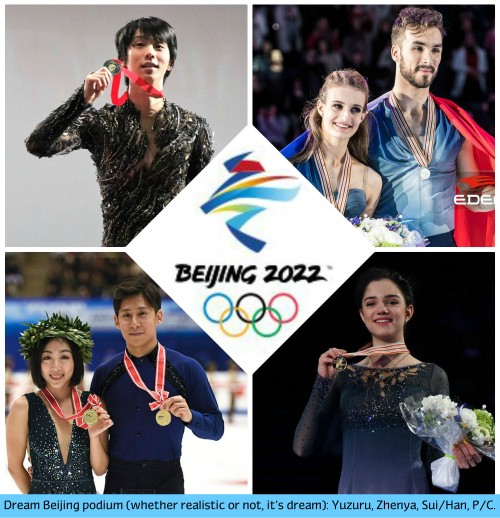 “Just want to say what a tremendous job Peng/Jin has done in picking themselves up after their disastrous Olympic experience.” 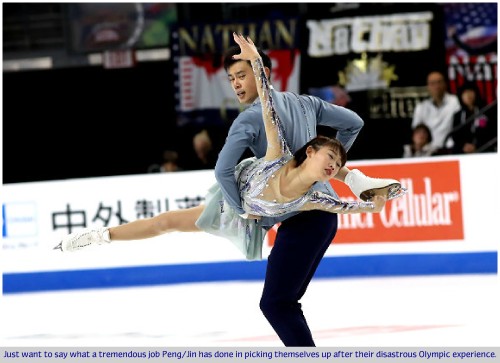 “There are skaters that grew on me after watching them skate in-person. Boyang Jin and Mai Mihara for example.” 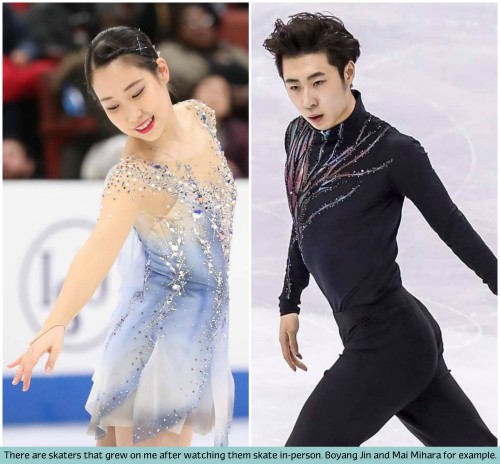 “Gao/Xie was a beautiful junior pair and they had to split them up. A really sad decision, especially considering none of Xie Zhong’s later partnership has worked out.” 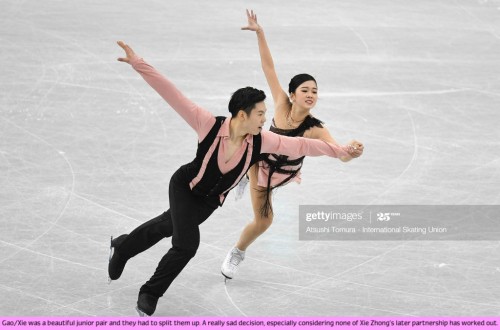 “After Yuzu, P/C and Sui/Han, mens, ice dance and pairs will be so bland, and maybe will be for quite some time. There won’t be anymore nails that are sticking out, just a field of sort of the same, similar things over and over.”

“There is a rare photo of Papadakis/Cizeron with Elena Radionova and Boyang Jin from when P/C were in juniors. And holy crap, like Guillaume is the same age as Yuzuru, born in the same year, and like woah, I am always very mind blown when I am reminded of that.“ 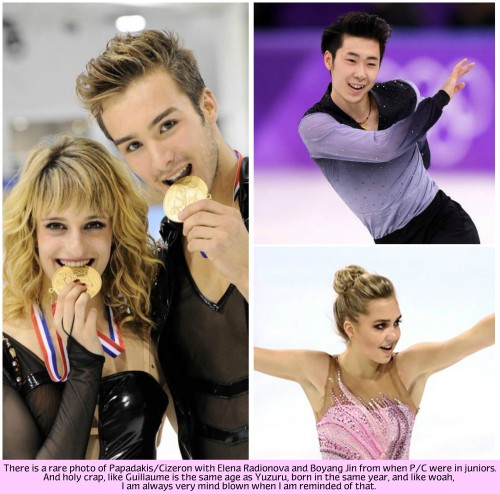 “If the Chinese and the Russians starts politicking in Beijing by guaranteeing Chinese pairs the gold and Russian ice dance teams the gold and screw P/C (politics started in euros already), I want P/C to pull a Savchenko.”

“I didn’t appreciate it at the time, but I really love and appreciate Yuna’s Homage to Korea dress. I really liked that her dress illustrated the music and theme without being costumey. I wish more skaters using Asian (and Asian-inspired) music would do this. Evengia is the only non-Asian skater who has managed to do the kimono styled dress well, and that’s due to her wisely choosing a Japanese designer. Another example is Boyang’s CTHD vs. Vincent Zhou’s costumey (and inaccurate) CTHD outfit.” 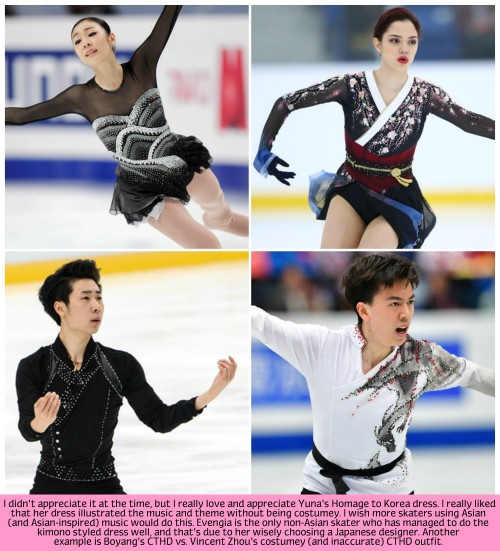 “The fact that almost no one was weirded out that Boyang placed above Jun at 4CC even though he had some obvious errors.” 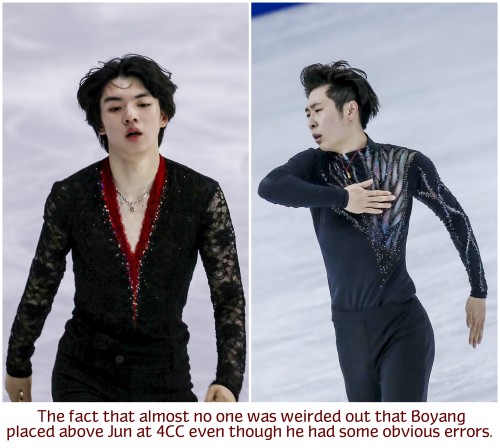 “How come Boyang can improve so much in program components but his pcs hardly reflect any improvement?“ 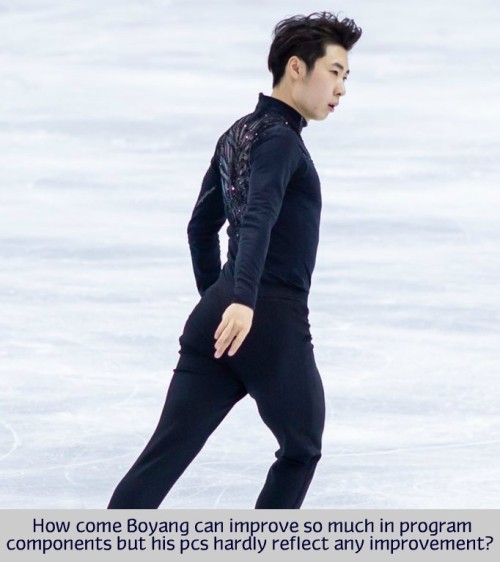