Although it’s kind of stated Jaune’s birthday is on the 29th of February, thought it would be fun to share some ideas of what the crew would give for the blond knight’s birthday.

Ruby: Some strawberry chocolate cookies and a copy of Persona 5 Strikers

Weiss: A Gift card for the movie theatre he likes to go to

Blake: Some graphic novels he likes to read that she would admit were interesting for her to look into

Yang: Brought him to the dance club and was impressed of how he handled his drinks

Pyrrha: A signed hoodie of Pumpkin Pete, insists him to throw away the old one (So she could take it and wear it)

Ren and Nora: Some Tea ingredients he could try and a giant cinnamon bun for dessert

Sun and Neptune: Called in a private stripper for a lap dance, now the two go on dates from time to time, as the two boys are chased by their friends for getting him a stripper.

Velvet and Coco: The fashion designer got him a Gift card for a store to get some new clothes and Velvet bought him some new headphones for music.

Glynda: Couldn’t decided what to get him so she offered to buy him breakfast which the two enjoyed

I’m actually worried that the JNR Reunion would be over shadowed by the Ultimatum Ironwood had given,  It won’t be emotional  and heart jerking  like we had from  the  Bees cause they have a more serious problem to deal it.   To the extent that CRWBY  might even  push  it aside and ignore the  JNR again.

I mean I get it  we all wanted RENORA REUNION but  it  would not only be devastating  to Ren  but  it   will also  create  a huge  impact  to Jaune , cause  it’s  another scenario for them where one is left behind/separated and  had ended up  getting  hurt so badly when  all  they  the  build up for both of the two of  them ( Jaune & Ren ) while  they  where are  away  was  “ Team mates are not easy to replace and they have each other “ ,  and they weren’t there when Nora needed them the most,  especially Ren.

Not to mention, it’s another reminder that they can easily loose someone, just like how they loose Pyrrha  and  I really, seriously need  them to  talk about things,  like  a  whole team having  a moment  together,  talk about their mistakes and where did they go wrong.

In terms of Ren, his inability to communicate opnely, Nora her recklessness in decision making  and Jaune ( despite being a good leader )  he isn’t perfect and is still making bad choices,  especially when he decide to stay quiet despite knowing the tension between Ren and Nora ( We didn’t see him speak at all to give advice to them ).

I went them to talk that it’s enough to make actions that is reckless that will make them loose one another again.  That they need to be whole again so they will still be together cause neither the three of them would take it well if one of their team is gone again.

Plus I need a JNR hug,  A tight JNR HUG cause it’s always just RWBY Hugs we get.

and if CRWBY and RT decided to make it not memorable or doesn’t have a proper conversation, like i have thought  i will seriously. RIOT

So that new rwby episode…. (I haven’t seen it but I cant avoid spoilers for a whole week).

Ironwood: Qrow, you and your family do not have “chaotic energy”. You are a bunch of young adults to middle-aged adult and an old lady with mild boundary issues.

The lord taketh and the lord giveth,

but I hope the lord can giveth us both 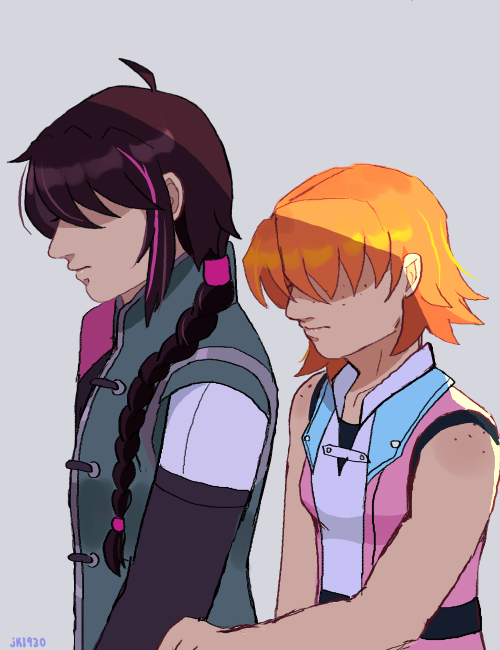 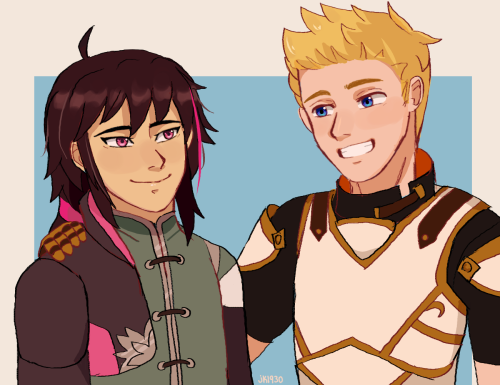 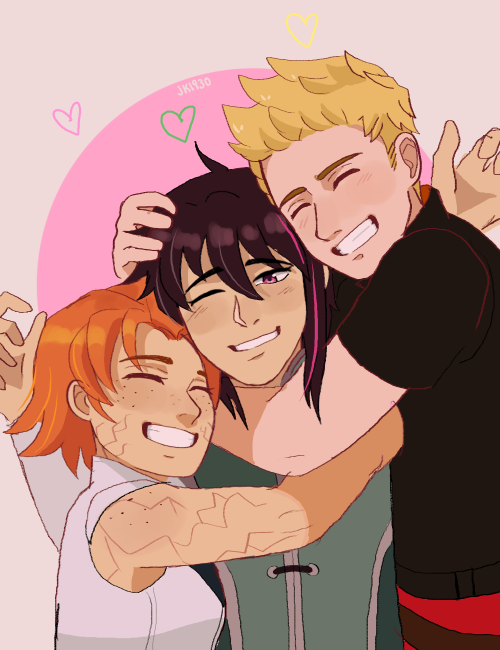 An update on this jnpr piece

This one was a challenge to write I remember, but I still had fun! XD

Jaune: Hey, our party is kind of like the breakfast club.

Jaune: Well I’m sure that we’ve all got an issue balled up inside that would make us cry if we talked about it.

Aha some jaune art.. It isn’t as good since I was lazy makin this but ye- 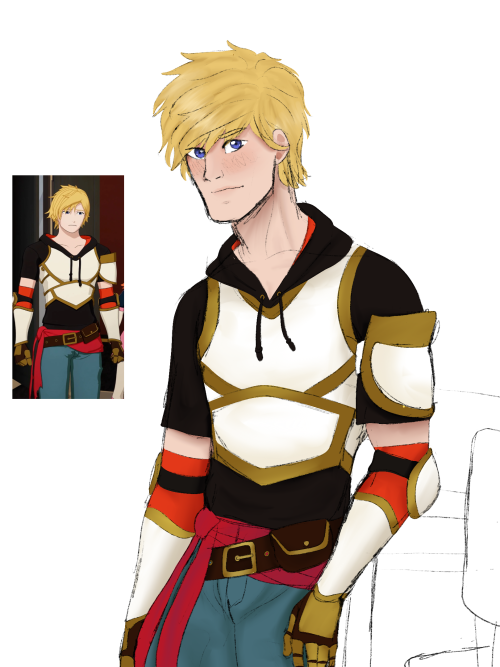 Pyrrha: Nora was banned from the Beacon kitchens, so we had to go to Vale to get some food.

Nora: Well, the cooks shouldn’t say “all you can eat” if they don’t mean it.

Pyrrha: Nora, you ate a chair.

Ok so after many conversations with my bf on discord I think I’ve come up with enough to make this post. This post being about how team SSSN parallels team JNPR

First, there’s how the teams parallel each other as a whole. I’m probably not the first person to say this, but team CFVY parallels team RWBY in a lot of ways, and the flashbacks to beacon during the first book really explore those parallels. And when you take that and the second book into account, then team CFVY is to team RWBY is as team SSSN is to team JNPR. I once saw somebody say that Coco and Sun are like if Ruby and Jaune never met each other in their first year, and I agree with everything they said. And apart from both teams JNPR and SSSN being the deuteragonist teams of their stories, both have also taken in new members, Oscar and Nolan. There’s more parallels that you can look at on an individual level, though.

Ok sooo this started as a joke but then somebody actually offered to pay me to do this. So I did. 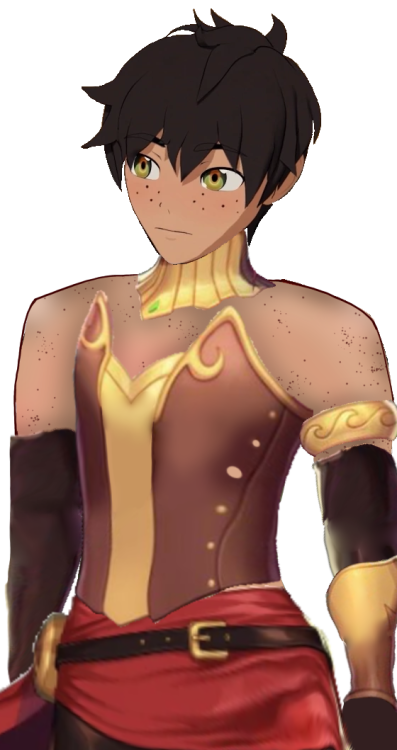 It’s breakfast time and Team RWBY where wondering what happen with there sister team JNPR as jaune and ren had this awkward air around them and refusing to look at each other. Nora was a mix of entertain and jealous and Phyrra was in lala land her face as red as her hair as she let out small giggles that freak team RWBY out

Yang: ok I’ll bite what happen that got all like this.

Weiss: ya I mean did something happen since Phyrra has bin out of it for about for about 5 minutes now?

Jaune: snow angle the less you know the better

Nora: ya right I mean come on fearless leader it pretty funny.* Nora smirks as she then looks at ren with a slight pout .* plus I can say I take a bit of blame for what happen.

Ren: Nora please I’ll bake you a large stack of pancakes if you don’t say anything.

Nora: hmmm that tempting Renny but nope this to good and it your punishment. * she mumbles that last part*

Now the girls hear  how thanks to Nora ren got so tried that he fell asleep in jaune bed by accident and he and jaune ended cuddling till ren got woken up by jaune morning wood. Causing ren to wake up and scream cauasing jaune to wake up and scream as well. To add salt to the wound for the boys shows then a picture she took of the boys in there cuddling

Ruby and Weiss: -///- but then ruby start to chuckle as Weiss has her hand over her face.

Yang: hahaha huh I though jaune would be the little spoon

Blake: blushes as she Join Phyrra in imaging jaune and ren in a Bl plot but then start to write into her inspiration book.  

Aftermath to ’A Blackguard’s Serenade’

The members of RWBY sat in they’re seats alongside JNPR. Yet not a single one eat they’re meals. The reason was simple.

Sitting in his seat Jaune was busy with his girlfriend above him. Said Schnee Blacksheep sitting on his lap as he took hold of her pert ass.

Yang: So… Anyone got any stories? 😅

The Spartan’s eye twitched as she saw the display of the two beside her. Watching as he squeezed his girlfriend’s ass as she ground against him.

She looked about ready to jump the two until Ren seized her shoulder. Applying his semblance to her the redhead visably calmed.

Jaune: Gods you such a bad influence.

Ren: care to add anything to the conversation Jaune -///-

Bleiss: Get back here you sexy fucking stud!💕

Resuming they’re makeout the two lost all sense of the world around them. The seven tried to resume their conversation trying to ignore the sucking, licking, moaning and slight groping beside them.

Yang: Are they gonna be okay?

Bleiss: 'Pop’ I want you to wear me like a condom 💕

Returning to her makeout session she clung unto her man while shooting her huffy puffy sister the finger.

A RarePair artwork I drew for a poll on my amino. Some Ice Lotus for y'all

Team JNPR has all of their allusions gender swapped. Jaune is Joan of Arc, Nora is Thor (Thora? 🤔), Pyrrha is Achilles, and Ren, our favorite green ninja, is Mulan.

My conclusion? Everyone in JNPR is trans. Thank you for coming to my TED talk :3

Poly JNR marriage, but they all change their last name to Juniper

yet another Lie Ren to offer 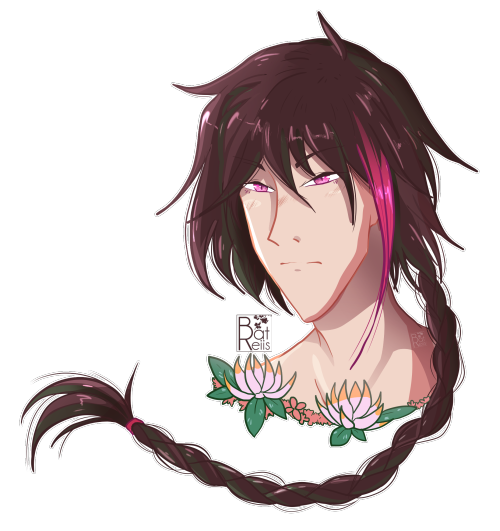