“HA,” Robin crowed, with one fist planted firmly on his hip while the other pointed down at his conquered foe. “HA HA HA!”

“Heh…” Joker whined from the floor, on his back, grinning blankly at the ceiling, “hh…”

Batman, tied onto the conveyor belt that would have fed him feet-first into the chomping jaws of a giant set of fake teeth, was staring with what Dick hoped was approval. Winning a laughing contest on a bet to save your partner wasn’t as effortless as he made it look.

“Robin the boy wonder, that laughing daredevil, reigns as champion! Y’see, pasty, a real clown mighta actually given me a run for my money, but y–” He broke off into a hacking cough and staggered over to untie Bruce. “Ack, B,” he wheezed, “’m done now.”

Guess who was trying to enjoy some StarX content, only to see a whole bunch of hate comments from a certain other ship?

#Teen Titans, #StarX, #Anti Robstar, #Like just stfu, #It was labeled StarX not Robstar, #You knew what to expect
0 notes · See All
donnatroyprincessofthemysciraText

dick: the rules are pretty simple

tim: whoever takes down the most criminals in one night wins

jason: and whoever takes down the lowest amount has to praise the victor

dick: we are now not allowed to play “bat-attack” anymore

Synthesis: After Red X gets a call from his estranged Mother, Robin and Starfire take it upon themselves to make him feel better.

It all started one ordinary morning at Titans Tower.

Cyborg and Beast Boy were arguing about what to have for breakfast, Terra was watching the chaos unfold, and Starfire had just forced Robin out of his study.

“Boyfriend Robin, you must do the eating of the food.” Starfire insisted “Looking for Slade can wait, eating is of the most importance!”

“Fine…” Robin muttered. “Beast Boy, Cyborg, settle down! The rest of us need some food too!”

The two started to calm down, and agree to create their own food. As everyone started to settle down, they also started to realize some people were missing.

“Yeah, even Robin came out to eat!” Beast Boy said.

“What is that supposed to mean?”

“It’s probably best not to disturb her.” Terra pointed out, “It’s not like her staying in her room late is an unusual occurrence.”

“Well then where’s Red X?” Cyborg asked, turning towards Robin and Starfire. “You know, your boyfriend?”

This wasn’t him teasing, Red X had recently reformed and joined the Titans thanks to Robin and Starfire -who were already dating.

The three were now in a happy polyamous relationship, and the others had been nothing but supportive.

“I do not know, it was Boyfriend Robin who I was worried would not come out.” The Alien replied.

“He might just be sleeping in. Just let him rest, he’ll be down soon.” Robin told the others.

“Fine, but who wants my tofu pancakes?” Beast Boy said, presenting his food to the others.

He actually initiates the one in “The End Part Two”!  You can see him deliberately go over to Starfire as she’s staring down at the ring and open his arms.

They sort of mutually hug at the end of “Stranded”.

And of course I gotta mention when he throws himself into her comforting arms in the tie-in TTG! #47:

Cosplay at its best 🔥

Nightwing with the Bat Family.

For my survey I placed the images of old tv shows with their old character design and new. I created this survey to see peoples opinions on the change over time. The tv shows I am focusing on creating art work for will be She-ra, Power puff girls, Teen Titans and Scooby Doo.

“I could’ve saved myself, but thanks.”

Just a green-eyed Tamaranean and a blue-eyed leader who takes duty more seriously than love.

I think Robin is a lot like ladybug on duty, meanwhile Starfire and chat noir are more similar in character (and they both have green sclera how INSANE is that?!)

Will definitely post more doodles on this AU soon. 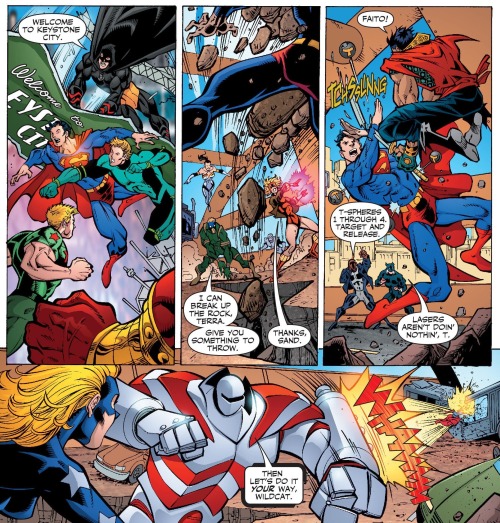 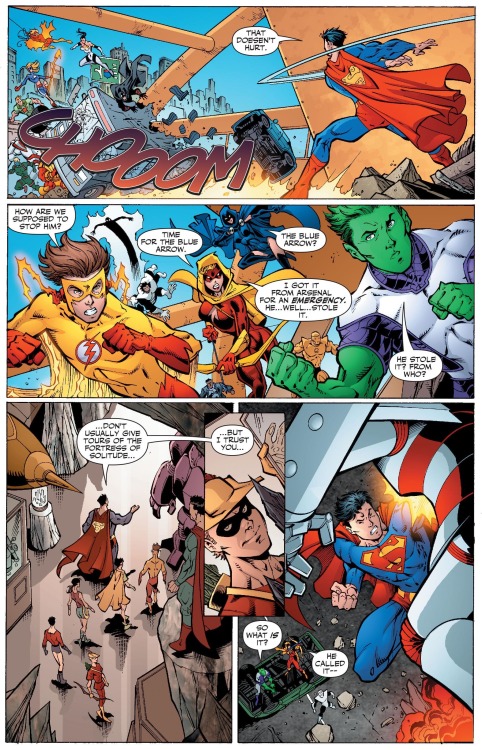 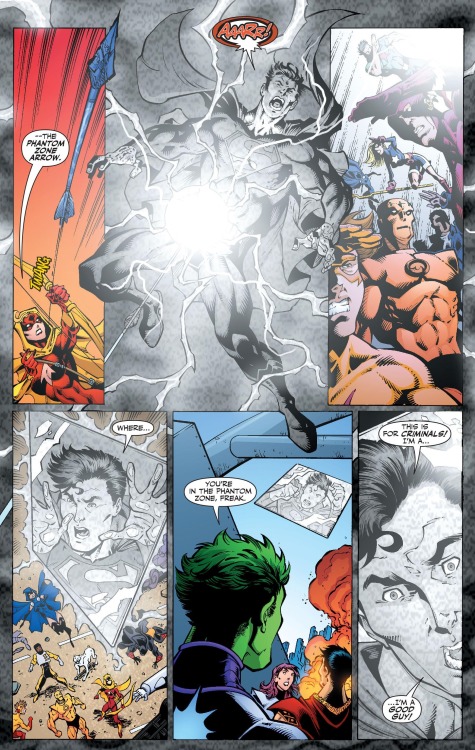 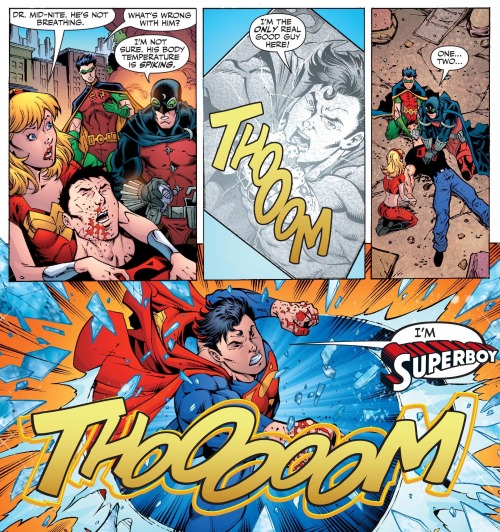 Requested by @offendedfishnoises I love you to the moon and back, Fish! Theres a second HC coming right after this, because I’m in a wally west mood.

A/N: I’m so horribly sick and I cant even tell if this was actually good, but it got me in my birdflash heart. @river-bottom-nightmare sob with me.

-       Wally and Dick are absolute madlads. When they’re together, good luck to anyone around them.

-       Dick and Wally spend endless hours on the manor. Not in it; ON it. These two geniuses like to climb the exterior and walk on the roof. Dick gets a kick out of giving Wally a little heart attack by doing flips on the roof tiles.

-       Once, Dick almost slipped and Wally freaked out and rushed to catch him, but the little surge of lightning blew the power out of the manor. Needless to say, they ran to central city for a bit.

Damian: so i stabbed him

Dick: did you say that, tim?

Dick: then who did? damian, are you hearing things? or did you just do it because you wanted to stab him?

Damian: im not hearing things, I heard it!

Jason, in the corner knowing he was the one who screamed “stab me, you won’t”: hahaha