I feel like I’m back in that really weird mid-2000’s point prior to the Great Recession where studios would take any half dead franchise, hand it to a Japanese studio, and make an anime out of it.

Any other half dead action franchises you guys want to make into an anime? I mean there’s gotta be something buried in a copyright office to make.

//shoutout to the Genisys’ T-1000′s terrible stubby front-facing-perspective blade arms. How do you fuck up this badly. 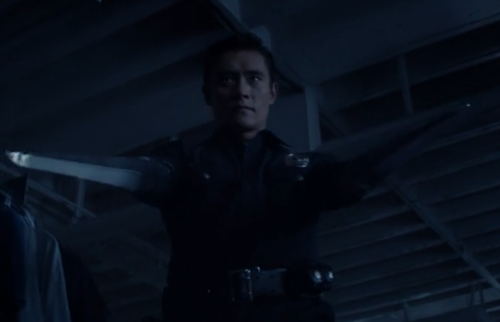 Netflix and Skydance announce a new anime series based on the globally successful Terminator franchise, the first animated TV adaptation of the franchise.  The series is produced in partnership with Production I.G (Ghost in the Shell: SAC_2045, B: The Beginning) who Netflix has a Production Line Deal with since 2018.  Mattson Tomlin is the Showrunner/Executive Producer:
Mattson Tomlin:…

A ‘Terminator’ anime series has been ordered at Netflix, Variety has learned. Netflix has partnered with Skydance on the series, with Skydance having produced the last two “Terminator” films. The series is produced in partnership with Production I.G , who Netflix has had a production line deal with since 2018. Production I.G’s past anime credits include ‘Ghost in the Shell‘ ‘B: The Beginning’ and…

Summer’s career in a nutshell. 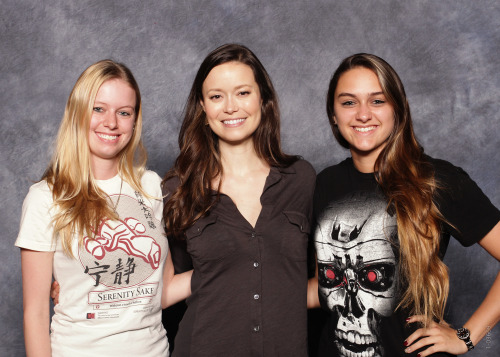 For decades now, no other franchise has encapsulated the true essence of patriotism and love of country as much as G.I. Joe. From the animated series (and subsequent movies) right down to the toys and various merchandise, G.I. Joe has managed to stir feelings of heroism among the youth of the country.

This time around, G.I. Joe makes a long-awaited…

Concept for another version of “Terminator 3″ (separate from all other Terminator sequels after Judgment Day):

It’s been several years since the events of Judgment Day. The nuclear holocaust never happens, thus confirming that Sarah, John, and the reprogrammed T-800 changed the timeline. But that’s when Sarah and John learn that Skynet is still being made. This time, it’s an international program with the intent that it’ll act as a “shield” for all of humanity (sorta like what Ultron was supposed to be). Fearing the worst, Sarah and John start making plans to destroy the program. They target Dr. Cassidy Bishop, the engineer behind Skynet.

That’s when we meet our time travelers. One is a Terminator (obviously, Arnold Schwarzenegger) assigned to protect Cassidy. The other is…Kyle Reese. However, this is NOT the Kyle we see in Terminator 1. This Kyle was sent back in time to kill Cassidy and prevent Skynet from being made. So basically, the movie is set up as the opposite of movies 1 and 2; Skynet is on the defense while humanity is on the offense.

But that’s when we’re hit with a double twist. In this new future, created by the events of Judgment Day, the world has become a dystopia similar to the world of “1984″. The world has split into four factions (United States, China, Russia, the Middle East), but all of them are fascist dictatorships. Billions of people are oppressed and democracy has essentially been eradicated.

And what was this program? Skynet.

That’s the biggest twist of the movie; the Terminator sent to protect Dr. Bishop and ensure Skynet’s survival is the good guy while this alternate version of Kyle Reese turns out to be a fascist agent sent to prevent the resistance’s victory. In a massive role reversal, Sarah and John Connor are forced to side with Skynet against Kyle Reese due to the change in the timeline.