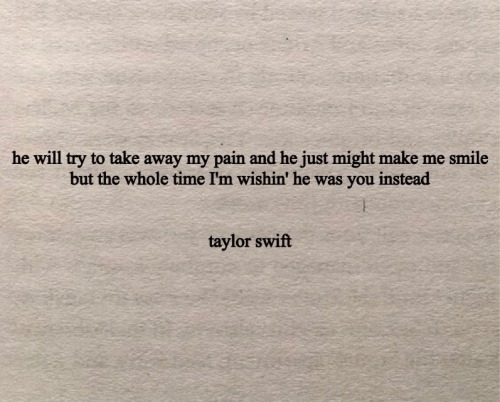 i made this nice little park area today.. indulgence

My favorite thing right now is thinking up absolutely bat-shit conspiracy theories for tma. Like, on the way home from the store I had the thought that Jon’s grandmother is the Mother of Puppets. Absolutely wild. No basis in canon whatsoever. I’m obsessed with it. I could probably write an essay.

me and my furry boyfriend ^_^

A person with a cold heart can only show their love by being cold.

anyone else ruled by nostalgia lately???

#western u / u of western ontario this is about u ❤️, #text, #shauna talks
0 notes · See All
angelofcitiesText

taylor: wait before u say anything i saw ur instagram story and u are a good singer

tagged by @delphineera 💕thank you babe!!

Are you staying home from work/school?

oh yes, my coworkers and i actually got furloughed because our company has essentially shut itself down save some limited online operations, but it does mean we have something to come back to when we can open up? ironically though i was actively looking for other jobs just before we got word our stores were closing until further notice, but i’ll probably be stuck there a bit longer when we do come back haha~

If you’re staying home, who is with you?

i live with my parents, younger sibling and two dogs!

Who would be your ideal quarantine mate?

probably some of my friends or just my dogs. plus i’m painfully single so there’s no potential s/o i’m longing to see.

Are you a homebody?

i’d say mostly! i do like being at home although my parents never leave to go do things so i don’t get to be alone all that often rip so i can do creative things and take some time to myself, although normally i do like to take a day every week to go do something, even if it’s just an early morning breakfast run with my dogs or a trip into the city by myself for a few hours, because i do get restless being at home all the time. (the restlessness is definitely starting to kick in though and i’d gladly just go driving if my tags weren’t expired and the DEQ centers weren’t closed rip)

An event you were looking forward to that got canceled?

luckily nothing yet (so far), although i’m getting nervous i won’t be able to leave the house by this summer and it’s going to really suck if i can’t go anywhere or do anything once it’s finally warm enough out - i’m a californian in oregon, anything under 65 degrees and i’m mf COLD - especially as my birthday is in the middle of july and i was making plans to go somewhere this year…

What movies have you watched recently?

i did a netflix party with my friends on tuesday night and we watched ‘perks of being a wallflower’ for teen nostalgia, and because we couldn’t find a good screenshare app like rabbit to stream the ‘exorcist III’… and this morning i had on ‘anastasia’! i definitely have a queue to get through though and i try not to watch things i haven’t seen before while working on stuff.

What shows are you watching?

i’ve been marathoning SVU on and off for like, six or so months now, as my current mindless crime procedural, i already finished ‘tiger king’, and i just restarted ‘inuyasha’ after years of not seeing it! i’m trying to find a new series to get into though!

What music are you listening to?

a lot of indie, some jrock… i may or not be laying on my porch at night smoking and listening to one direction on blast too though…

What are you reading?

i’ve got a few pages left of ‘smoke gets in your eyes’ and then i’m planning to start holly black’s ‘folk of the air’ series because i love modern fantasy. i’m fighting to not reread her modern faerie tales series - which i’ve read like five times over the last twelve years - or brenna yovanoff’s ‘the replacement’ and ‘the space between’ as i’ve also reread both of those several times, including my last reread being just under a year ago… whoops.

other than that i’m catching up on my manga and trying to find some new horror series!

What are you doing for self-care?

i ordered some new skincare stuff in hopes my skin will finally stop hating me, and i bought some clay to start making handpainted pins! i’ll probably start playing the piano again, and trying to start cosplay stuff for fall with what few things i have on hand now? i’ve got so many small creative hobbies i want to start but the list of things i need to get done first is really long…

every time I reblog posts that talk about SHINee being the best kpop group to ever exist or them having the best vocalists of all time, I lose followers and I can’t help but laugh because I know that those people couldn’t handle the truth

#:•), #oh well, #lmao, #text, #SHINee, #personal
2 notes · See All
galoogameladyAnswer
I think some years ago you drew a Gordon daki sketch- was that ever finished? 👀 Asking for a friend and also for myself

Wow you’re bringing up memories I didn’t know I had. I… I don’t know how to find that sketch but I wouldn’t be against drawing one. Maybe a HEV suit and a regular Black Mesa lab coat version? <__<

#Half-Life, #Gordon Freeman, #dakimakura, #would have to find a way to get them made and sold bc I can't make them myself, #personal, #text, #dollar-store-glados
12 notes · See All
cjlikesspaghettiText

#the worst part is I don’t even feel the slightest bit energized, #text
0 notes · See All
fnaf-can-be-fun-againText

William: hey where is my fucking fur suit

Henry: Will, our kids are here. Could you say that a little nicer?

William: my apologies, may I ascertain the whereabouts… of my fucking fur suit?

tag yourself if you want :)

Blackberries: fingers stained with paint, resting your forehead against someone else’s, cotton t-shirts worn to perfect softness, staring into the night sky and feeling so small (there’s freedom in being so wholly irrelevant to the stars), black-and-white botanical tattoos, all you want is to be seen; vulnerable, but it’s so fucking hard to open up. You are worth knowing.

Honey: brilliant smiles or a cheeky smirk, so sweet; but never lacking a backbone, braiding your best friends hair, a tight hug you needed so bad you could cry, wild flowers pressed in between pages, that scrunchy face you make when you put blush on your nose, you won’t let them down: they love you unconditionally

Rosemary: kindness like warm candlelight: glowing and illuminating a whole room, calloused hands and bitten nails, mason jars and dried flowers, kissing your friends on the cheek as a hello, falling asleep on someone’s shoulder, cooking or baking when stressed, cardigans long enough to cover your hands, telling your friends when you miss them, you’re so much fucking stronger than you know.

Citrus: crinkled nose while you laugh: bright and bold, a quick wit and mischievous eyes, eclectic style and a not a fuck to give, sunflower turning towards the light, yellow converse stained in dirt, a quick temper (but always makes genuine amends), unbuttoned flannels with sleeves pushed up to the elbows, you feel like your falling: like you don’t know your own path but it’s only because you’re just making it as you go (and that’s full of power, baby).

Mint: crisp morning air and frost-covered grass, shy smiles, white button down shirts, biting your lip, appears aloof but is actually just anxious, word caught on the top of your tongue, blushy cheeks and pastel blue nails, always looks put together (afraid to fall apart), clear lip gloss, someone brushing your hair behind your ears, a rare but infectious laugh, you’re important too: it’s okay to rest for a wihile.

i once showed a lesbian friend of mine my sex playlist, and she was like, why isnt hozier on here? ill be honest if someone played hozier mid smash id just pack my strap up and leave

#yall aint listening to sexy pop songs??, #some gays are so weird about hozier, #text, #butch thoughts
0 notes · See All
Next Page