What if we got matching vivienne westwood necklaces… just kidding… unless?

#hello guess who finally bought her own copy of one of her favorite movies uwu, #now u all get to listen to me ❤, #text post
1 notes · See All
aboutthatmelancholystormText

Assigned lad for this prompt: Roger

Synopsis: Roger is possessed. Facts are facts. Roger, however, disagrees with this. Luckily, like in many big cities, you can find someone to deal with almost any problem you have, and the lads have found someone to help Roger with this.

TW: None for religion, because I went ahead and avoided too much actual religion stuff with this by creating my own exorcism ritual that doesn’t require you to accept any god of any kind into your heart, but that will still get the job done. That said, as a part of the ritual, warning for mentions of someone getting smacked in the head a bit. Also a TW for vomiting, and a tish of body horror.

My love to all who read/like/reblog!

Poetry counts as art, right? Anyway, here’s a poem I wrote bc magpies keep landing on my window lmao

What secrets do you know?

That flit about and keep you warm

As streets fill up with snow

What secrets do you keep?

That I have whispered to the wind

Or murmured in my sleep

When secrets float your way

You can collect them,

Or ignore them and carry on your day.

You are DEF not the only one there anon, lmao. I think a lot of fans were sad we didn’t get to see them interact on screen. Like they both have such a chaotic element to them, but also so many differences, I think they’d be a blast together.

I tend to headcanon and speculate a lot more on my TTS sideblog, and I’ve chatted a bit before abt personality traits I think Hector + Varian share, and things they might do together along w/ Adira.

That said, I think we need more appreciation of the fact that Hector is like… an extremely outdoorsy forest man while Varian is, at heart, a bookish nerd.

I want to see Hector drag Varian on a fishing trip with him to bond, but his idea of fishing is just wading into the river and catching the fish with your bare hands, then eating them raw, and Varian is just. Horrified.

#he spends 4 hours pitifully trying to start a fire without alchemy before he calls his dad to pick him up, #alternatively Hector accompanies Var to like a science expo and he's just ''???????'' at all the alchemy going on, #S O R C E R Y, #and I've def mentioned this before but I think Var would help rebuild the DK, #which would prob mean a lot and be v impressive to him, #I might draw some more of that AU where Hector takes him in post-QfaD sometime too, #pnumbra mailbag, #text post, #ask
12 notes · See All
hifi-psiText

Trying to sell stuff on local version of eBay (to make money for furoku tbh) and one person goes “oh I want this! and this! also this! here’s the money!” and LITERALLY one minute after I tell her I’ve received her money and edited the listing to say unavailable she goes “sorry I can’t afford it can I have my money back plz :(”

What the fuck dude. Do people go around buying stuff and then canceling immediately as a weird form of shopping therapy without having to actually spend money? GO TO THE H&M SITE AND ADD A BUNCH OF STUFF TO YOUR CART INSTEAD OF BOTHERING MEEEEEEE (I mean when I need shopping therapy I just go to some stationery shops and add a bunch of stuff to the cart that I’ll never buy, I don’t bother people selling their used shit what the hell)

Sorry I needed to vent.

#there is no escape and I welcome that, #not art, #text post, #swearing, #cursing, #cussing, #delete later
4 notes · See All
jacquiarnoPhoto

I’ve been sleeping on Noelle, like holy moly! Despite her low level, she made this fight a breeze.

My traveler is at level 60, while only 4 of my characters are at level 50 (nearly all of them have their weapons at 60 though, but still not the ones they should have), while the rest are either level 40 or not even leveled up (because we all know how it is with leveling). So far I’ve been okay in battles with these characters (the other two are Barbara and Kaeya), and for some reason the bosses feel really easy at level 50 compared to the other level brackets (that anemo one was a joke, it went splat), but this one took me ages, and I decided to try it for the first time at 12am last night (I ended up going to bed really late, haha).

Since I’m not tired today and it is a normal time, my brain is working slightly better and therefore I remembered a claymore character would be great at this boss. But of course mine isn’t up to its level, so I just food buffed and avoided as much damage as I could, and honestly her shield was so fricken great, no one died nor was in much danger. I’ve killed that geo bastard 3 times with her now, all because I’m trying to collect the materials for when my world state upgrades and makes the bosses all level 60, since she’ll most likely struggle on this boss at that stage and it’s getting reallll close to that level.

But yeah, Noelle is great! 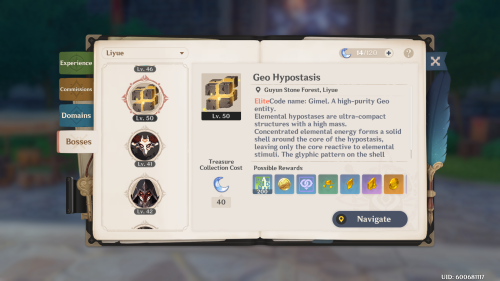 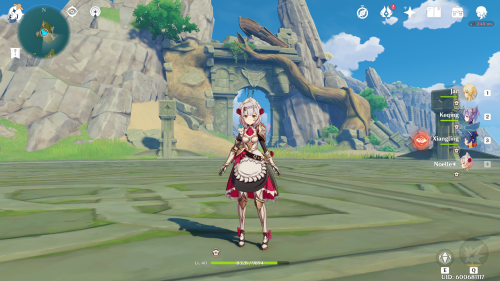 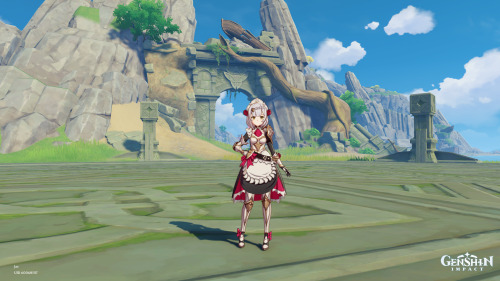 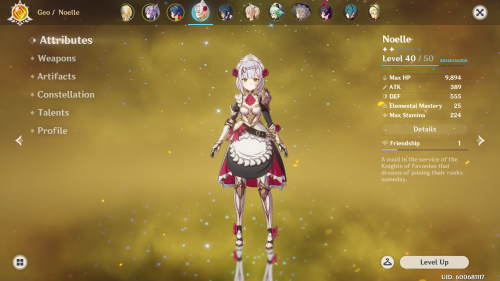 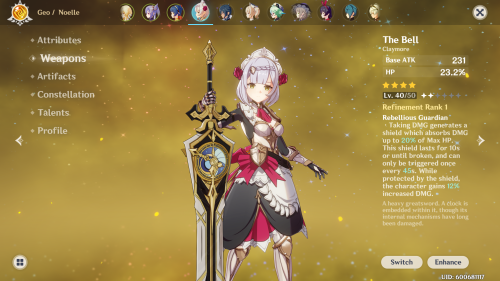 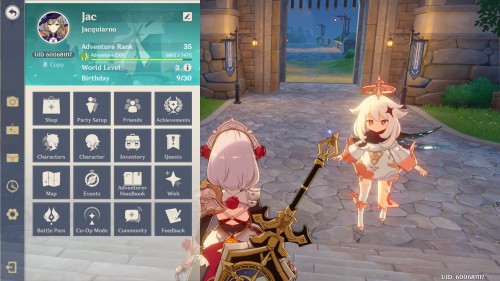 #text post, #sorry no one cares i know i’m just so tired lol, #i worked my day job and then worked on five separate writing jobs for a client on my ‘breaks’ and then all night too, #she originally only wanted three but then tacked on two more at the last minute which was a lot to squeeze in
2 notes · See All
0cuasar-estelar0Text

Ok, that Bri fic as I mentioned earlier, inspired by these pics.

Synopsis: Brian/Trans M Reader. Brian is freshly home from tour, and dressed to impress. Or at least, he is to you, even if he didn’t actually have that as his intention.

TW: This is just…so NSFW. That’s p much it. I tossed my usual pinch of Emotions in there too, but mostly smut.

My love to all who read/like/reblog!

#my mood atm, #i got hugged today, #it was wild, #text post
2 notes · See All
badassmamabearx2Text

Do you ever get tired of living the same day every single day? Day in and day out it’s the same. Damn. Thing. And I don’t know how to spice it up? Then when I get the opportunity to spice it up I don’t even WANT to go anywhere or DO anything. I can’t help but ponder what’s the point? What’s it all for?

i want to give someone a hickey 😶

Why do they make flamin hot Funyuns so fcking good?