Yo I make videos, you should watch em!

#mason.txt, #BEGGING YOU to stop shipping him w people who are twice his age, #tf2
2 notes · See All
farblecharText

I am heavy weapons guy…

so i wasn’t aware of how filled up my box had gotten while i was gone so i’m gonna get to work right away and close the the ask box! please understand i won’t do every request if i most definitely cannot work around it.

thank you for requesting and i will be posting shortly. ❤️✨

when did scout had this amount of muscle and dyed his hair ginger? 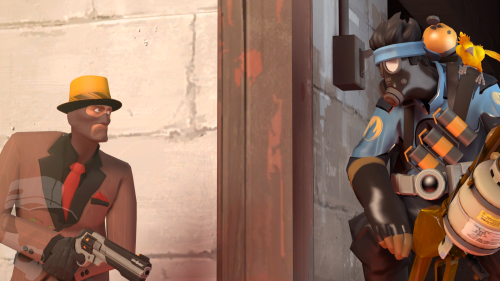 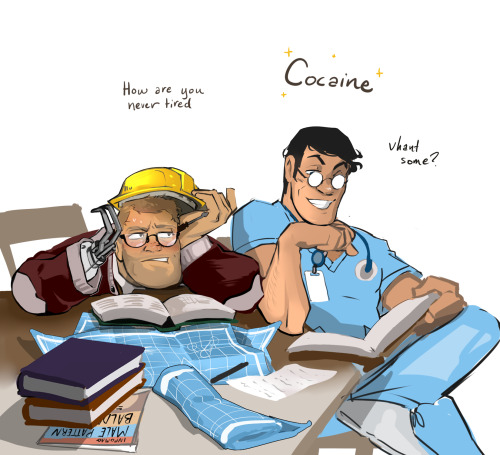 Caught a lot of headshots. Now there’s a headache. You should have aimed better, you fool. 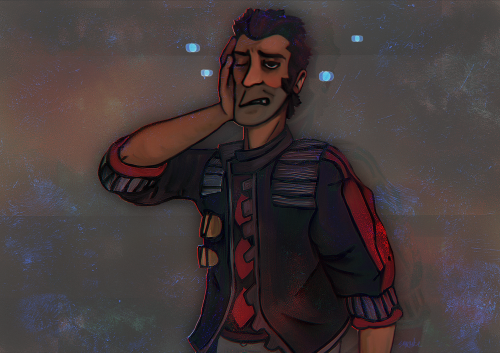 This is my first doodle on the new phone :)

(Can you spot the kirby?)

(Please do not repost my art!)

i saw a super hilarious drawing of sniper and spy by @yellow-py and i just had to do an sfm version c: hope this is okay if you do see it py!! 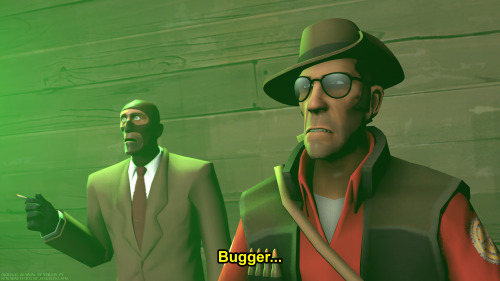 #TF2, #Most of these were bots though..., #SO THEY DON'T COUNT I ACTUALLY HAD THREE KILLS AND NOT MORE!!!
3 notes · See All
midnxghtmintText

Since it’s the holiday season yet again, as much as I despise crimis I got some bapis on my mind so I just made myself a festive soldier icon cuz idk what else to do with life uwu"“

Been busy with grinding to get smth new for my boys and the homies keep me busy too so ye, but hey, enjoy this soldier bapi, it’s ftu but with credit :]c

I love him sm, I gotta get used to making finished art since normally it’s just doodles for me ieiciei

“Hey uh…Sniper. I appreciate the sentiment but…” - Me

#TF2, #This is funny to me, #It was totally 100% on purpose that I stepped out of the way, #Yes
3 notes · See All
paulinglesbianText
#tf2, #team fortress 2
21 notes · See All
the-giant-enemy-spiderText

Don’t mind the calculus on the top

Heavy is shocked yet not surprised

having a blast trying out new styles, went for a more expressive looking chibi one this time! 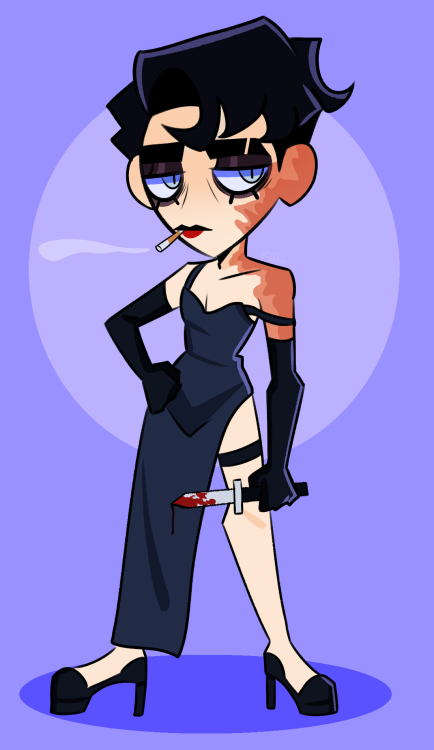 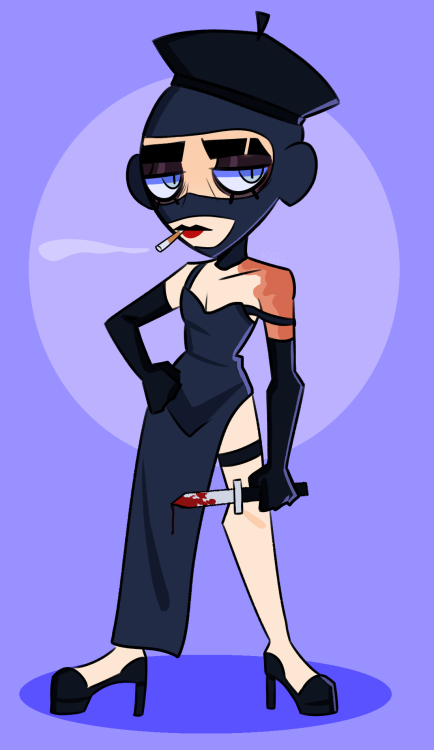 - While Engie is outwardly more of the dad-type, Heavy is the subtle dad-friend. After escaping the Gulag and losing his father, Misha ended up taking a parental role for his younger sisters and grew up much too fast. Those protective instincts drive him. He watches out for his teammates without them noticing at times, and his advice is always down to earth and practical. You could say his core is a bit softer.

- Because of Spy’s sneaky and observant nature (and the fact that he’s away from most of the fray on the field), he has incredibly sensitive hearing. He tends to notice different sounds before the others, and is very good at picking up hushed whispers. While his masks help him speak in different voices, he is naturally very good at picking up on different accents and speech quirks (he can turn the french off real quick).

- When Demoman is making bombs, he refuses to let anyone into his room (he has a mini makeshift lab in there). Ever since he killed his foster parents, and then later lost his father, Tavish has been terrified of loss. Specifically hurting those he cares about. While he’s usually too drunk to think about it (intentionally), he really cares for the team and gets attached to others quickly. No one is allowed in during chemistry time, just in case he makes another mistake.

- Sniper’s mum taught him to knit when he was a young teen. While it’s a very subdued skill of his, he finds that knitting is a great way to calm nerves. The continuous motion gives him something to focus on, and the end point includes a product. He’s considered making gifts for the mercs he’s closest too on occasion, but has always chickened out. He wants it to be a secret, just for him and his mum.

- Every morning, after his roll call and wake up march, Soldier goes to each teammate individually and asks them for a ‘report’. This translates to asking them how they are, if they slept well, if they noticed any suspicious behavior he should know about. While this originally was to make sure his fellow Americans were doing as they should, it has become him grinning ear to ear as his teammates tell him about their dreams, how much their back hurt them that night, or how they would kill for some good bacon right around then. : )

-  Medic doesn’t play his violin very often, but he usually pulls it out when he needs a moment to break away from his thoughts or experiments. He learned to play as a child and has grown to be quite the musician. When he listens to music, or makes it, his mind is completely taken by it and his thoughts come to a halt. Not only is this good for refreshing the mind, but he also tends to lose his train of thought or stop mid sentence if he hears good music.

- Scout LOVES comics, and one of his favorite heroes is spiderman. He sees Aunt May like his ma, and relates to having to grow up and live without a father figure (or so he thinks ). He loves how genuine Peter Parker is, and how smart he is too. He sometimes practices hanging from bars and walls by his legs so he can spiderman kiss some hot chick someday.

- Speaking of comics, Scout loves talking about them as he does reading them! Scout tends to get very attached to his interests, and will gush for hours about stories he loves if you let him. Anyone who’s given Scout the chance to ramble immediately gets +100 friendship points.

- Ever since Engie lost his right hand (or cut it off), he became much more fond of holding hands. With only one of his own, he doesn’t feel his other hand and therefore doesn’t have that sensation anymore. It’s a small thing he didn’t consider when losing it, but he enjoys the feeling of someone else’s. On that note, Engineer is known for having a very gentle hand.

#tf2, #Team Fortress 2, #headcanons, #I bolded the merc these were about to make them easier to navigate, #sorry they're so chunky I just......have to share all my thoughts or I'll die
93 notes · See All
somnolent-scoutText

I don’t know why but I really like the animation of soldier’s helmet in all of the official animations.

I suppose it’s the accuracy of the slight wobble-bounce effect you get when you move your body while wearing what is essentially a bowl on your head. As a character animator, I find it really important to get little details like that right. 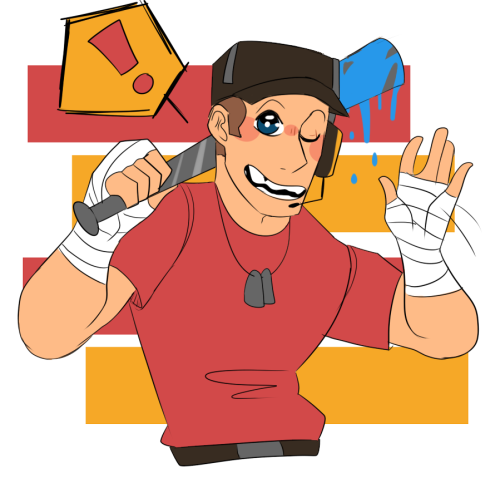