happy birthday to my precious son who nothing bad ever happens to ever !! 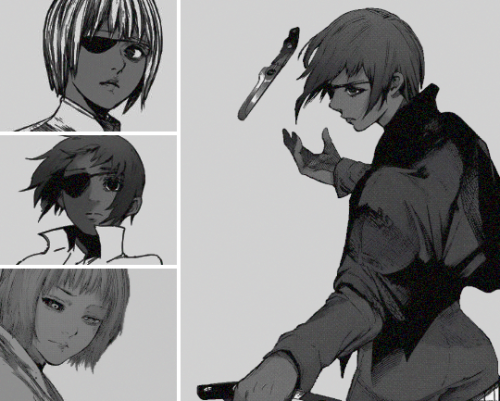 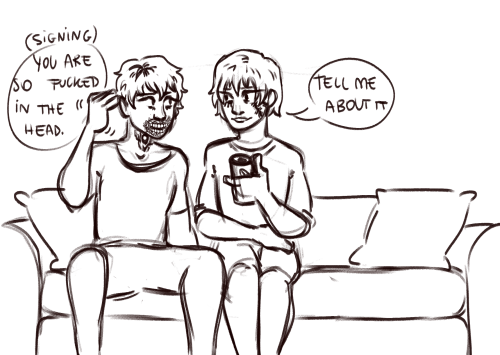 the two page panels in tg:re are stunning

re-draw of my old Itori art 💋

Tokyo Ghoul makes my heart ache with sorrow :((( i just want them to be happy and loved and cherished

oh my god i forgot about this wtf xdddd

i cant im wheezing too hard 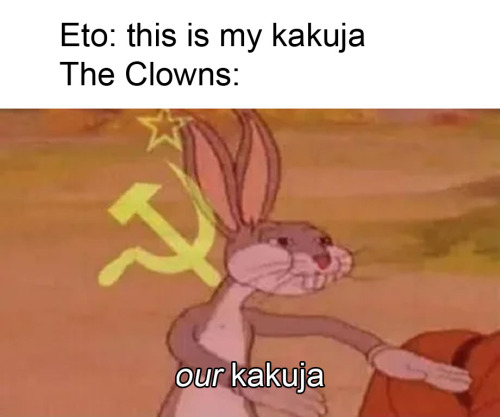 i am now a ken keneki fanpage. no i will not be taking suggestions.

They did not just kill him off

#Tg re#I'm not okay#they killed him off and I'm not okay#screw them for giving us hope in those brief few seconds#i'm sobbing#did I mention I'm not okay?
2 notes
iamhavinganicedaythanks
Answer

Yeah, ikr!! And i think, Hsaio would definitely own a pair cuz of Saiko even if she doesn’t wear them. Hairu probably had (it hurts to write in the past tense. I wrote ‘have’ and remembered her fate) something pink and something with polka dots. Maybe even tiger pattern. Official arts by sensei does imply that she liked those kind of patterns. I have a feeling Takizawa would have a yellow pair. Urie might have a dark purple pair. And Mutsuki would like beige and deep green coloured. Hinami probably wears those floral ones, the ones with laces attached like flowers to the elastics. And I almost forgot about Tsukiyama. I wonder if there’s any colour or pattern socks he doesn’t have lol.God, I have so many headcanons about their socks!!! I mean it’s insane! Like, I didn’t even realize I had those until you mentioned.

(First of all I do apologize for answering this so late)

I think a lot of them would actually, if they didn’t simply deny it or assume it was fake or a joke. There were plenty of die-hards at the time that would make a drama show about how they would drop the series if Thotken didn’t become canon/if Hidekane became canon instead.

A certain Blog™ I remember even made a post, I think around the time people were celebrating for a potential turnaround for Hidekane, along the lines of “Ugh…I can’t take all this drama…the mods need a break from the series because there’s just too much going on and we can’t keep up 💔” And told their fans that they were taking a break from it, essentially until Thotken came back full-speed. And lo and behold, they came back only when their precious abuse ship got more attention. (I don’t exactly remember the timeline of events very well, but you get my point.)

But yeah, and pretty much the whole fandom was tied to the series with ships or fave characters at that point anyways. Theorists struggled to grasp what little info they could work with, and the main discussions in the fandom were only ships or character development, but not really the actual story.

I’m pretty sure even if Ishida came back for a glorious “fuck you”, those fans would probably still hide behind the “it’s canon” excuse anyways, so there might not actually be as much turmoil as I’m thinking 🤔 The real turmoil might be when the antis starte laughing about it and the die-hards would then attack them as a way to take out their anger probably.

Since Mutsuki, I have a thing for green

I just miss this tsundere boy

re-did an old colouring,,, i’m still struggling rather fantastically with shading but this turned out pretty good!!!! 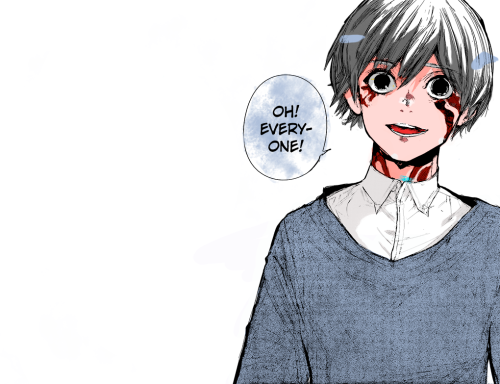 #tgedit#allanimanga#tokyoghouledit#tg re#tokyo ghoul re#:re#kaneki ken#idk been tired so tryin to get my coloring skills a bit better???#im struggling with shading a lot cause i use the track pad to shade#but this turned out ohkiii#i wanna create more tg edits but the fandom has such wonderful editors that i feel very out of place#*mine#*mine: coloring
49 notes