gosh dang the cliff-ghasts’ clicking though

Got more guys painted!!! I really like the details on these models; the lightning bits on the legs (and the skull especially) were super fun! Just got one more left and I’ll have a full raptor squad. 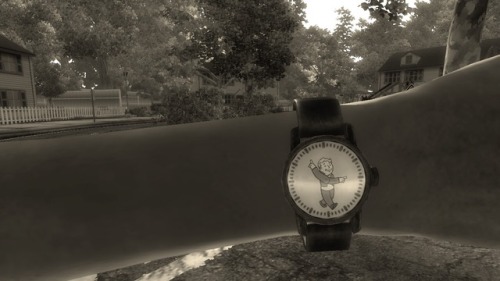 #thankfully you get the real deal back eventually#that was a nice touch#fallout 3#my text#I went to open my pipboy and was like waaaaht?? hoooo boy what a predicament#okay so maybe that was the dramatized version but it was pretty shocking/funny#when that happened
9 notes
berryholic-hamiltonic
Text

Well, I saw The Witch tonight. Solid 7/10. I can see why it has mixed reviews from the audience. It’s not a movie that really caters to the general population? (The script is full of thees/thous/thines, which kind of weighs it down sometimes.) But all in all, I really liked it. The score was AMAZING and only used in certain scenes. The director also used pure silence to drive some scenes home as well, which I liked.

The ending fell flat, into ‘are you kidding me?’ territory, but the movie is based on actual New England folktales and court trial documentation involving witches from the 1600’s, so it gets to slide a little there. The Puritans weren’t well known for being reasonable about that kind of stuff. Still, the acting was good, even with most of the children actors. I think it was a solid debut movie for the director.

td;dr The Witch is a solid movie but is not for everyone.

in a way, after he died, neal still found a way to save her

I like that they didn’t stick with the ‘Steve is a fish out of temporal water, lol, he doesn’t understand the 21st century at all’ angle in the Winter Soldier. He’s spent of his time out of the ice and not saving the day catching up with what he’d missed, getting to know the world again.

on a completely different note, sherrinford holmes is apparently canon in bbc sherlock.

“jUMP AT THE PIPE STUPID”

“I CANT SEE IT THE LASERS ARE RIGHT THERE”

“JUMP AND HIT THE FUCKING CIRCLE BUTTON YOU IDIOT”

“Any bitch that does this shit right here is a goddamn psycho path.”

well. she does get a mac.

true. and it has to be set up and its use explained to her

Hmm. I read recently that Supernatural was meant to stop after season five.

Having just completed S05E22, I can definitely see that being possible. Because that was just… that was an ending. Not a finale, not a hook, that was just close the book and call it a day time.

So I don’t know if I’m going to move on to season six yet. It seems kind of rude to just ignore such a masterful work of tying-up-a-show simply because it had the sweet, merciful decency not to die young.

#Still quietly hoping the antichrist kid shows up again though#because seriously guys#that was kind of a big deal#aaaaaalso I liked the part where Chuck was God.#That was a nice touch#give in to the madness
0 notes