Murphy: Hey, will you get something from my back pocket for me?

Emori: What am I getting out of this?

Murphy: A chance to touch my ass?

You were with Kane and the group he had assembled to go looking for the group. Walking through the woods you had a smile on your face. Not only because you were on Earth, but because you were going to see him. You didn’t know when, or how long it would take to find him, but you were going to see him. You knew with absolute certainty that Bellamy Blake was alive.

You and Bellamy had been bestfriends on the Ark, possibly a bit more. At least, that'swhat things were turning into before he went down to Earth. He came to your apartment before he went and shot the Chancellor. He didn’t tell you what he was going to do, but you knew something was wrong. Every piece of you tried to get him to stay, but there was no winning with him. He was going to do it for Octavia. Even if it was stupid.

You hear shouting suddenly and run after Kane. You see two men standing at the bottom of the hill, with another man tying them up. Kane shoots as two other kids start running down the hill. You flinch as you watch the man fall. You stare wide eyed at Kane, but then you narrow your eyes, trying to figure out who it is.

You step out of the trees, with Kane still aiming the gun at the people. Your hand was still on your gun, and you could lift it easily if you needed to. You see the men standing up, looking at Kane.

“We’re here now. Everything’s going to be okay,” Kane says. You study the man in the darker jacket. His face was covered in blood. But you knew exactly who he was. Your guard drops and you stand a little straighter.

Kane starts to examine the bodies and another whistles for the rest to come forward. Including Abby. But you continued to stare at the man infront of you.

“Bell?” You ask. His eyes snap to you as the other boy helps him up fully. He had a slight limp, but he walked over to you. You stared at him with wide eyes. He looked like he couldn’t believe you were actually there. You break out in a grin, and wrap your arms around the man’s neck. He hesitates for a second before hugging you back. You let out a breath as his head falls into the crook of your neck.

“God, I can’t believe you’re here,” he says, his voice was husky and it sounded sore. You laugh a little, finally pulling away from him. Your hands rest on his chest as you take him in with your eyes. He watches you with the same expression. Your hands go up to his face, you were still smiling. “I imagine I don’t look to good right now.” You chuckle and shrug.

He looks over at Abby and Kane talking. He grabs your hand pulling you over with him. “We need to get back to the dropship,” he tells them. You kept your eyes on him.

“Okay, where’s Clarke?” Abby asks. You finally look over at her, realizing there were only four out of the 100 that were sent down here. Make that three. Bellamy wasn’t meant to be one of the 100. “Is she alright?”

“She was when we left,” the boy who was with Bellamy says. You glance at him. “We can take you to her.” He starts walking, Bellamy pulling you again. You adjust your hand’s position in his and fall into the hurried step beside him.

“Slow down,” Kane says. You raise an eyebrow at him. He calls for Sinclair and talks to him for a moment. Kane looks at you, almost like he wants you to stay here, but he knows that isn’t an option. He waves his group over to walk with them. “You two, lead the way,” he says to Bellamy and the other boy. You walk with them, and nobody dares to say anything about it.

After walking in silence for a little while, you start to see bodies. You look around in shock, Bellamy giving a small squeeze to your hand to make you look at him again. You let out a breath and eventually everyone stops a bit before a wall.

“It’s to quiet,” Bellamy says. He releases your hand for the first time, and you watch him try to get up. But Kane stops him. “We’ll take it from here,” Kane says as he starts to give orders. You sit up straighter when he says your name. “Let’s go. We’ll signal once we know it'ssafe.” Bellamy looks at you, almost pleadingly. Youu give him an apologetic look, brushing his arm with your hand as you stand up, following Kane.

You see a tarp and go into the dropship first, with your weapon draw. But you see two people laying on the ground, and lower it. Kane and Abby soon follow you in.

Abby rushes over to a girl and tries to get the girl, Raven, to wake up. “Clarke’s not here,” Raven says. You look at Abby with wide eyes.

“Where is everyone?” Bellamy asks. You look back as the other boy who was in the dropship, Murphy, gets pulled out. Bellamy looks at him and suddenly he is full of anger.

“Bellamy. You’re alive,” the boy says. You look between the two and suddenly Bellamy’s demeanor changes completely. He punches the boy, and starts yelling at him. You rush over to him, but Kane stops him first. He nods for a man to electrocute him with the wand. You gasp as Bellamy falls.

“Place him under arrest,” Kane says. Your eyes widen, and you try to run over to Bellamy but Kane puts an arm out to stop you.

“Stop it!” You say. He grabs your shoulders forcing you to stop. You glance at Bellamy as two guards pull him up. “We don’t know anything down here and you’re arresting one of the only people who could help us?” You ask.

“You don’t understand. Murphy killed two of our people, shot another, and tried to hang Bellamy,” the other boy who was with Bellamy says. Your eyes widen as you look at him.

“I don’t care. You are not animals,” Kane says. You glare at him. “There are rules. Laws.”

“Laws that worked for the Ark. Not for Earth,” you say. He turns back to you, his anger becoming more and more evident.

“And we will change them as necessary when we settle. But for now,” he looks at Bellamy, “you are not in control anymore.”

Then Raven comes out on a stretch and the other boy, Finn, walks up to her. You watch as Finn runs back inside the dropship. You also watch Kane help up Murphy.

They let Bellamy sit down and you go up to him. You let out a breath and he looks at you, but you don’t return the favor.

“I’m sorry,” he says quietly. You look over and give him a small smile, brushing his cheek with your thumb.

“It’s okay. I promise,” you tell him. He looks over your expression, trying to find something in it. But then Finn runs back out.

“We’re leaving,” he says. You look at him quickly with wide eyes.

“What? But this is where they’ll come back,” Bellamy says. Finn shakes his head.

“They’re not coming back. The Grounders have them. We both know that,” he says. You look at Bellamy who seemed to be considering it. “If we go with Kane now and get reinforcements, then we can find our friends.”

“Alright, how many more of us with be dead by then?” Bellamy asks. Finn looks back at Raven.

“Abby says that Raven needs surgery or Raven is going to die.” You look over at the girl, and Bellamy clearly starts thinking. “It’s time to go.” Bellamy nods, and Finn runs off. You watch as everyone starts standing, but you look at Bellamy.

“You haven’t said it yet,” you say. He looks at you with his sad expression. But it was also confused, you give the boy a small smile. “My name,” you clarify. He gives you a small, fleeting smile. And he leans over to you and kisses your forehead. You close your eyes for a moment.

“Let’s move!” Kane yells. You look over, letting out a breath.

“I don’t know where she is,” Bellamy says suddenly. You look at him with concerned eyes.

“We’ll find your friends, Bell.” He shakes his head meeting your eyes and it suddenly dawns on you. “Octavia.” You’ve never met the girl. And you didn’t even know she existed until she was arrested. But after that, Bellamy needed you more than ever.

“Yeah,” he says. You see two guards heading in your direction, and move to stand up, but Bellamy moves his hands to you leg, stopping you. You looks at him. He leans closer yet again, his lips barely brushing your ear. “Y/N.” You smiled softly, giving his hand a light squeeze as the guards stop infront of you

“Come on,” one says. You stand, and glance back at Bellamy getting pulled up as you start walking.

You knew many things would go wrong, but as long as Bellamy was there, at least you’d be sane.

I don’t know how to make gifs but I had to try.

The way he looks at her 🥺

So thanks to the wonderful inspiration from my beta @lyss-xo I decided to make a little music video for season one of my 100 fic We Come Running.

Is this something people would be interested in seeing?

hypothetically i shouldn’t cry whenever lexa is mentioned

gaia best character in the 100 so true so true

#the 100#the100edit#the100daily#bellarke#bellarkeedit#bellamyblakeedit#clarkegriffinedit#bellamy blake#clarke griffin#*mine#fuckyeahbellarke#bbelcher#userstream#chewieblog#tvcentric#filmtv#dailytvfilmgifs#tvmoviegifsdaily#cinemapix#i feel like the first and last are very up to interpretation#the last one seems like a very generic s1 bellamy drawing#but it looks so innocent#before everything started to go so wrong#but the sadness in the expression puts it right at that point#therefore: when they had to kill atom#and the first was put in with the 107 lincoln scene#but the other drawings of this portrait in the mindspace don't have the same thing in his hand#and frankly it looks way more like his expression and posture in 102 than 107#so that's the tea on that
67 notes
bellaarke
Photo

If anyone has a request for The 100 season 1 or 2, please send it to my ask box 🙏 Especially angst 👀 I’m in need for some inspiration. 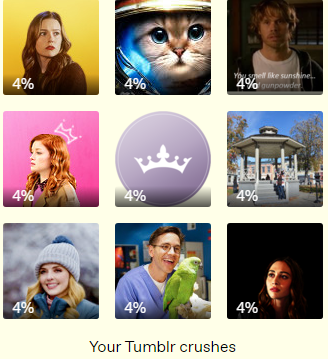