1. You have to admire Rayla’s bravado, trying to act casual despite the way everyone must feel towards her right now.

2. Callum saying ‘I shouldn’t have said what I said’ to Ezran sets the tone for him spending the rest of the series always quick to admit his mistakes and apologise for them.

3. There is setup of the jerkface dance. We hear it mentioned and assume we’ll never actually see it until he suddenly breaks into it out of nowhere, but it is mentioned as a real thing here.

4. The face Rayla makes behind Runaan’s back as he scolds her for endangering them all really does remind me of a child being chastised by a parent and hints at their relationship.

5. Rayla’s theme plays briefly as she talks about how she messed up, highlighting an important moment for her as she describes at length how she put them all in danger, a moment that continues to define her for the rest of the series thus far.

6. On a more lighthearted note, the first time I watched this episode I honestly did believe it was a magical book that Callum would take on their journey with him, that held some deep secret it was trying to tell him. Then it turned out to be Claudia messing with him and I was like… alright then.

7. 'I’ve accepted that tonight I may pay the price for our mistakes.’ Harrow feels a bit like Viren is getting off scot-free and doesn’t have to suffer any consequences for his actions, just like when he sent so many people after the heart of the titan, resulting in the death of three queens, but somehow survived himself even though everyone else who stayed behind to fight Thunder died. No wonder Harrow is mad at him in the scene where he tells him he’s a servant. He has spent a whole day thinking about what led him to this moment, and most of it involves Viren.

8. I love how the guards are so used to Callum being a dork that the one sent to get him just rolls his eyes.

9. Rayla is being built up as this strong character who has to find her vulnerability and Callum and Ezran as characters who have to find their strength, particularly Callum. That also ties into Rayllum balancing each other and showing each other how to be vulnerable and strong respectively.

10. Rayla’s fear of water is foreshadowed as she encounters the river on her way into the castle.

12. That scene with Callum and Harrow hits harder every time I watch it. I will analyse that scene in it’s own separate meta, line by line, probably tomorrow. I loved the music of the scene too.

11. I still love that scene where she uses her blades to climb up the rock face as much as when I first watched it.

13. 'What is done cannot be undone’ - I tend to look out for the moment in every episode where they reference the title and the fact that Viren echoes it is a reminder that these two have similarities despite all their disagreements.

14. I never noticed how the actual view is shaking as Rayla’s blades slam into the castle wall just before she climbs over.

15. Me getting excited in anticipation of that classic scene in which Callum and Rayla meet, which again, I love more every time I watch it.

16. For the first time, my brain is making the connection between Rayla setting him on a different path physically here, when he hears a noise and changes course to investigate, as well as in life with magehood since she is the first one to call him a mage and that continues to define him.

17. 'Oh, you don’t like my ears?’ Plus, Callum catches her off guard with the drape that he throws over her, as well as in life because she never expected him to appear and sidetrack her, make her think, change her mind.

19. I cannot overstate how much I love that shot of Rayla as she walks in like some kind of avenging angel, light shining from behind her as she walks into the darker room, as if to represent the darker path she’s stepping onto by choosing to kill.

20. Callum has no particular reaction to 'his son’ until 'Prince Ezran’, showing not only that he values himself less but also that he really does see himself as Harrow’s son. He’s terrified when he realises it’s Ez and immediately starts trying to convince Rayla otherwise.

21. I always love the scene where Callum sacrifices himself for Ezran.

22. In fact, the whole conversation Rayla and Callum have in Viren’s chambers as she holds a sword to his throat is still among my favourite scenes in the whole show. On top of that, the fact that what Callum says about the cycle of vengeance sticks in Rayla’s mind when she doesn’t even have enough time to process it is amazing. Ezran starts talking and from then on it’s pretty much constant fighting and talking and running, yet somehow his words got through to her.

23. 'Worse how?’ : unnecessary engagement; we love it. They constantly challenge each other, they make each other think and as @raayllum points out in a couple of metas, they really don’t need to talk as much as they do in those opening scenes. But they do and those moments turn out to completely change their lives.

I think this episode will always be most significant to me as the one in which Rayla and Callum meet because it’s such a key moment, not just in both their lives but also in the whole show.

Ok so I got this done later than I meant to so I’m hoping to complete Moonrise by the end of the day… we’ll see how that goes!

the dragon prince, or as i like to call it, the king of micro-expressions

#tdp, #the dragon prince, #seriously the animators do such a good job holy shit, #mine
23 notes · See All
esto-es-un-errorText

#error draws, #tdp, #the dragon prince, #raylla, #i like drawing my favorite characters when i get too high, #it helps me calm my brain
6 notes · See All
gale-of-the-nomadsText

Look we are all hating on Viren for being a d*** and we should be.

But if you had Aaravos smooth buttery voice guiding you and promising you unlimited power You would become a magic hungry man too.

Look at this beautiful yet chaotic evil master of magic.

You bet I would follow his words to the letter.

#look I f***ing love Aaravos, #tdp, #the dragon prince, #the man's voice is smooth like butter
40 notes · See All
seasinkarnadineAnswer

I’ve seen a bit of it, but the show isn’t really my thing. they did great with Amaya! I wish she had more airtime, but I understand the budget for a signing character can be hefty.

#halfd3af, #ask, #the dragon prince, #whats going on there anyway?, #feel like i havent heard from that fandom in what, #6 months now??, #maybe more??
8 notes · See All
raayllumText 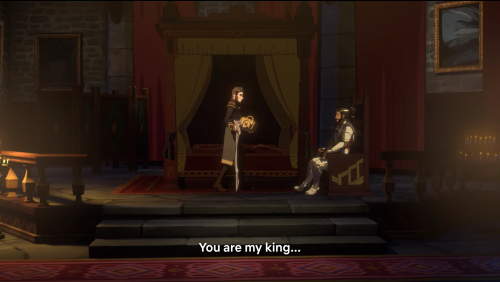 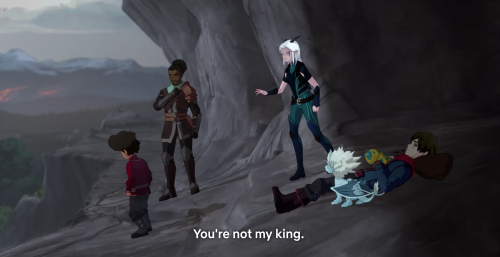 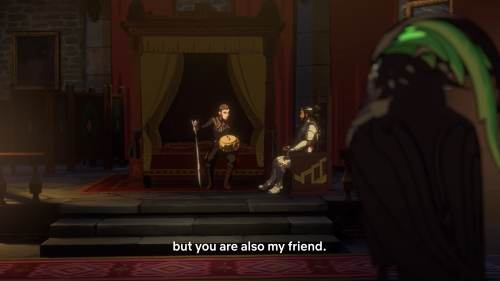 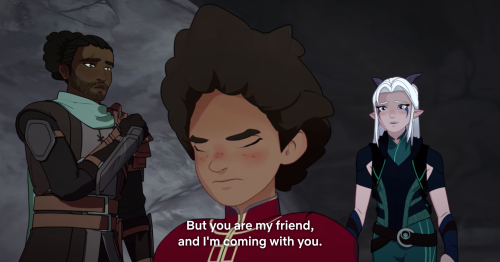 My submissions are now open for incorrect quotes

Bixby was useful for once

#the dragon prince, #tdp, #through the moon, #now we know where Elarion was, #I bet Xadia was seperated from the southern continent by a powerful archdragon
37 notes · See All
scrawlersChat
Xadia's History, A Summary:
Humans: "We are suffering and dying without magic, this sucks."
Unicorns: "That does suck; we will find a way to give you magic."
First Elves: "Idk unicorns, the humans seem sketch :/"
Unicorns: "You're just saying that because you're prejudiced, we will give them magic."
First Elves: "Go off, I guess."
Unicorns: "Here you go, humans, here are primal stones so you can do magic."
Humans: "Yay! This is so much better! We're going to make art about how much better this is!"
Unicorns: :D
Aaravos: "You know what though, you can do magic way more easily by just slaughtering magical creatures."
Humans: "Oh that's way better, fuck you, unicorns, lmao"
Unicorns: D:
Dragons: "So let us get this straight. The unicorns gave you a way to do magic, but dark magic was easier, so you hunted the unicorns to extinction."
Human Dark Mages: "Yes."
Dragons: "OK, time for us to hunt YOU to extinction, then."
First Elves: "Yup, agreed."
Humans: D:
First Elves' Chief's Daughter: "HOLD ON, what if we just banished them instead? Like we made them go sit over there on the other side of the continent and think about what they did?"
Dragons:
First Elves:
Dragon Queen: "Yeah that's fine."
Humans: "ALL of us?"
Dragon Queen: "How many unicorns are still alive??"
Humans: D:
Aaravos: "And then I ended up imprisoned in a mirror for aiding and abetting the extermination of the unicorns and banishment of humanity and etc etc WHATEVER it's all Avizandium's fault because I said so The End."
#the dragon prince, #as summarized from the preview of Book One: Moon The Novelization, #i mean it didn't add that very last part about Aaravos but given what we know, #that led to him being put in the mirror, #also alas poor unicorns, #they were the only ones who did LITERALLY NOTHING WRONG in this whole fiasco, #they were taken from us too soon . . .
20 notes · See All
dragonblagginText

SO MUCH LORE HAS BEEN DROPPED IN ONLY 10 PAGES OF BOOK 1: MOON CONTENT AND I’M SCREAMING

If you haven’t seen the previews yet, there’s a prologue to Book 1 that talks a bit more in depth about how humans discovered Dark Magic and Primal Stones, and at the end of the prologue it’s signed “Aaravos of the First Elves”

How old IS he? Are startouch elves the original elves?