why ESO mannimarco had similar crown thingy with morrowind almalexia???

are they just trendy? or almalexia got inspired by worm kings fashion?

“I have not always been a ragged beggar. I learned my art from the masters of the art of flesh sculpture. I studied with the Faculty of Chirurgeons in Cloudrest. I walked with the Hollow-Faced Men of Nohotogrha for three years. I count the nobility of both the Empire and the Dominion among my clients… And yet, I have fallen so low that I must justify myself to a wanderer in the sewers of this backwater of the world.” 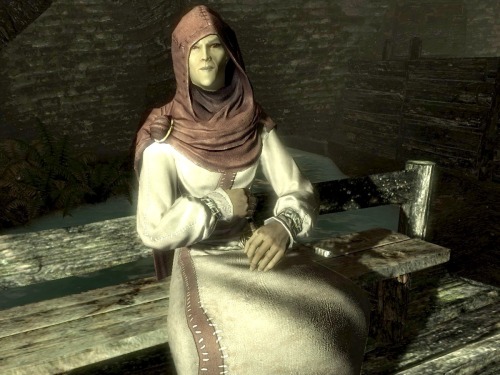 morrowind AU where nerevarine united the tribunal and dagoth ur instead of defeating them, just like nerevar united the ashlander and the great houses

the tribunal and dagoth ur overjoyed seeing nerevar reincarnated, and just say fuck it, and they just form peace because everyones favorite hortator is now here once again, and then morrowind thrive and became great and there were no disasters and everyone is happy, the end.

Serofae is probably the type of parent who would get bad separation anxiety, at least early on into being a parent. He was just thrown in to the deep of parenthood since Raynis was dropped into his care by his mother who couldn’t even be bothered to name him, becoming a parent did help him “settle down more” having to focus on your guild and son leaves little time for other things.

I finished a rough sketch of my new Vestige, Aerean Willowwing 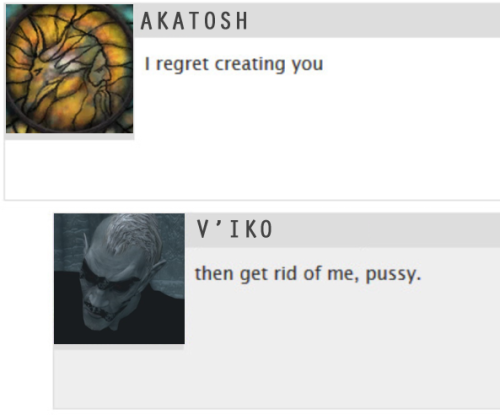 “Heed my warning - the Blades may say they serve the Dragonborn, but they do not. They never have.” 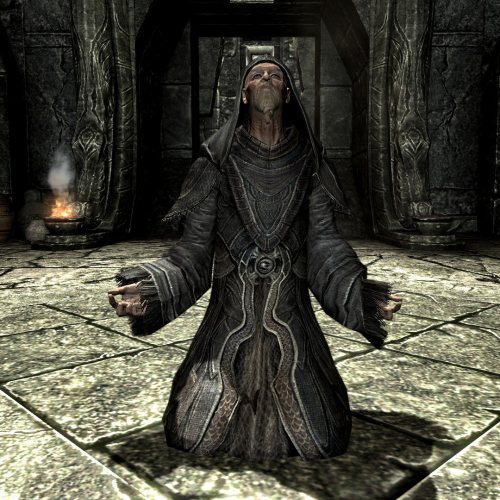 Myself as the skull, discussing Skyrim with my niece and nephew.

A sketch of an original race to be added to my elder scrolls tabletop inspired by the simalcrum of the fishmonger’s wife created by the dwemer in 36 lessons of vivec. They’re animunculi created in elven shape powered by black soul gems, the taboo use of such things contributing to their rarity. They have the innate ability to amplify the power of enchanted items they are equipped with as well as resilience to damage from lightning spells and stamina-draining effects.

Meridia - The Daedric Prince of Life and Lady of Infinite Energies 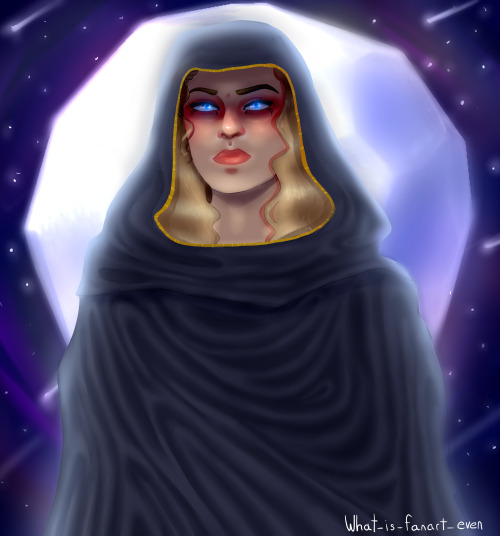 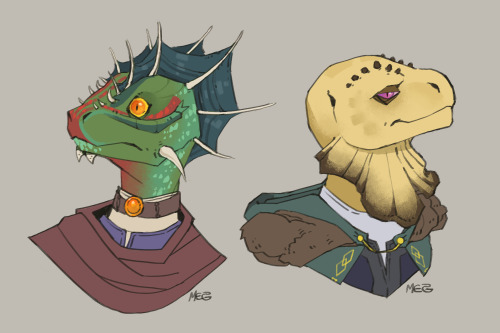 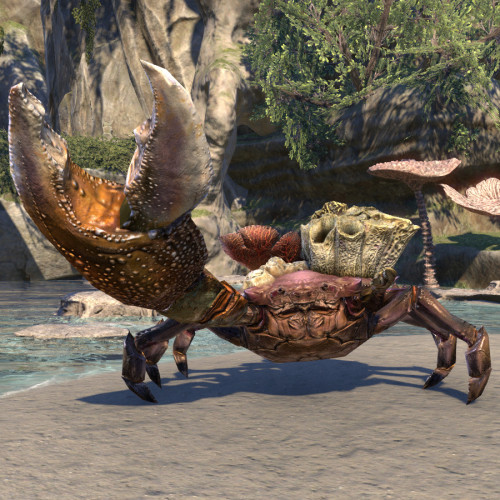 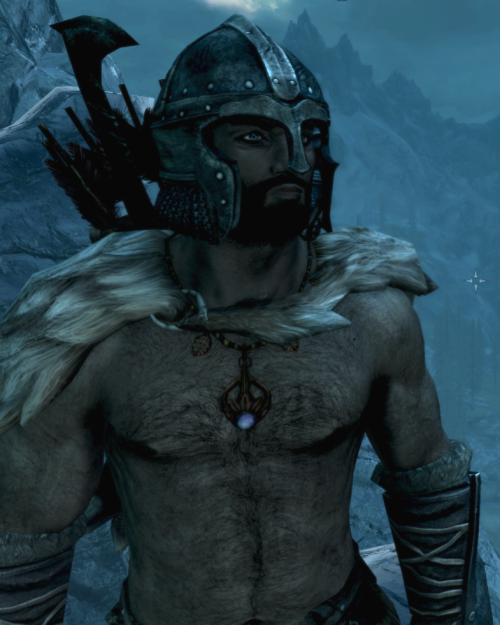 Did You Know: Coral Crabs are a form of mudcrab native to the Summerset Isles? 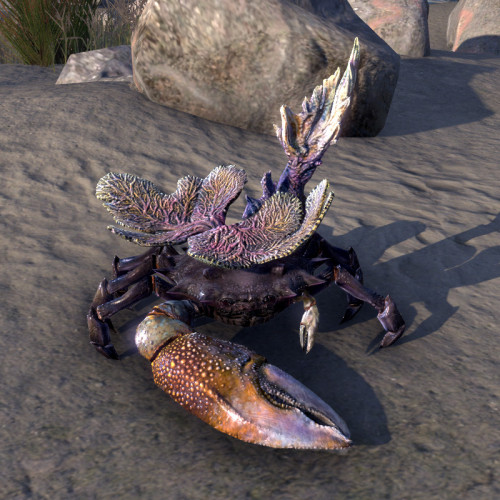 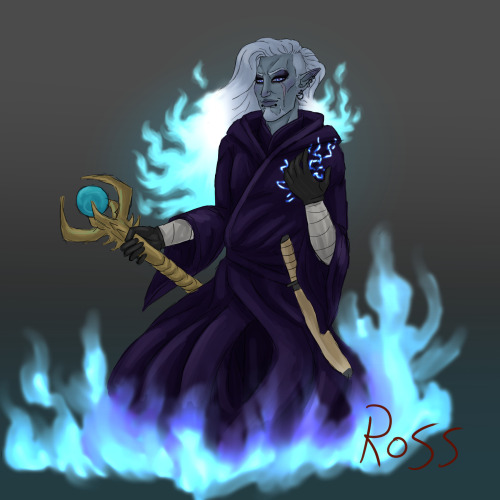 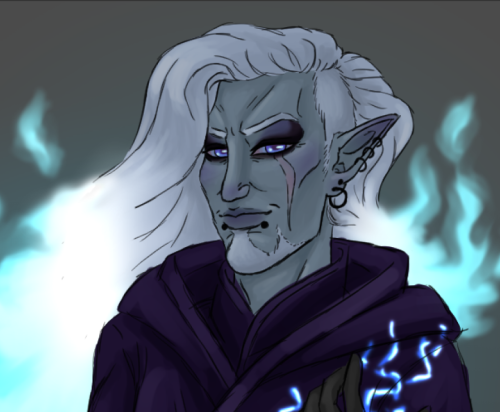 Ok on the real, whoever changed Meridia’s UESP page:

Cut that shit out.

You hate for Meridia is not worth ruining the integrity of UESP when the TES wikia already has that reputation.

Its incredibly childish and selfish. UESP is all we really have for reliable lore and information and if their integrity is ruined then we have nothing.

You know it’s really difficult for me to sympathise with werewolves who “lose control” when……………………………………….we, as the player character, are literally always in control. Like if you put the ring on, yeah, it’ll make you transform randomly, but it does not make you lose control.

You don’t have to attack anyone, even if they attack you. You can just run away. That’s an option.

All these werewolves “losing control” and murdering people just…..garners no sympathy from me because…that’s not the experience I or any of my characters have had with the condition.

If we are expected to sympathise with werewolves who “lose control”, then they need to make it so we lose control.

Make it so every time we transform, there’s a chance that ~the beast will take over~ and we will be forced to watch in horror as we slaughter both enemies and friends with no distinction.

Make being a werewolf actually dangerous. Make it difficult.

Make it something you have to learn to control so that you’re safe to be around other people.

Or stop having NPCs ‘’lose control’’.