how many fucking harmless joys are we going to have to cut out of our lives so the rich can be spared a shred of responsibility for the climate crisis? “don’t eat out,” “only eat 100% organic food,” “go vegan,” “only use public transit,” “don’t buy things you don’t absolutely need,” “don’t take long showers,” “don’t take baths,” don’t this, don’t that, IT WON’T MAKE A DIFFERENCE!

the 1% will let the world end, watch us all die and blame each other instead of them, and when they’re the only people left on earth they will live out the rest of their days in exorbitant luxury and they won’t blame themselves even a little bit. the billionaire ceos whose corporations polluted more than every car on earth combined, who flew everywhere in private jets, who owned the sweatshops, who bought out the governments to prevent environmentally-friendly legislation from being passed, they’ll get to lounge around in their fucking palaces and yachts telling themselves we killed the world by fucking taking long showers or some shit. they won’t experience a single consequence.

the world is going to end and the people responsible aren’t going to have so much as a finger pointed at them and that pisses me off so much.

Made possible by corrupt politicians with the promise jobs and prosperity when in reality no one benefits from it. What this black snake really brings to indigenous land is corporate tyranny for profits, greed and pollution as the the black snake fractures spilling all its oil contaminating rivers where no one can go fishing or even drink water.

Trump’s years of dogged attacks on the Clean Water Rule have finally succeeded, and big ag and fossil fuel industries are rejoicing.

Flash forward six months to a homeless Clark, shivering in the cold as he tells someone how he angrily sent the firefighters away when his house caught fire, because if you can’t put out all fires everywhere across the world all at once then what’s the point of focusing on this miniscule 0.0000000000001% of all fires

#Daily Record, #The environment, #Bloody students, #With their opinions, #And their thoughts, #And their NOT WANTING TO DIE ON A PLANET RENDERED AN UNINHABITABLE CINDER, #The snowflake BASTARDS, #Edinburgh University, #St John’s College, #Fossil fuels, #They say they want to save the planet, #But do any of them drink their own piss?, #And wash their hair in puddles?, #And hunt their own food?, #No, #CHECKMATE HYPOCRITES, #I am very intelligent, #Save the planet, #Spot the sarcastic quote marks, #Because it’s not like it’s the same planet you live on too Clark, #You absolute weapons-grade walloper
24 notes · See All
taylorsacousticAnswer
22 because i know you're a naturalist!

if i had to say one thing, it’s the serenity and balance that exists in nature. i just feel like lying in a field of flowers and staring at the lush green lands and forests around me. it’s the most peaceful feeling, to just stare out at the sunset with daises or something around you. does that make sense AKGJG

and the balance. nature is literally the Force. it’s the light and dark. death and decay, but also light and life. when one life in nature ends, it paves a way for others. take the carbon cycle, for instance.

i hope that made sense lmao thank you for your ask anon :D

Article 1: $300 billion. That’s the amount of money needed to stop the rise in greenhouse gases and buy up to 20 years of time to fix global warming, according to UN climate scientists.

Article 2: The world’s 500 wealthiest people gained $1.2 trillion this year, boosting their collective net worth 25% to $5.9 trillion.

“Nothing more needs to be said.” 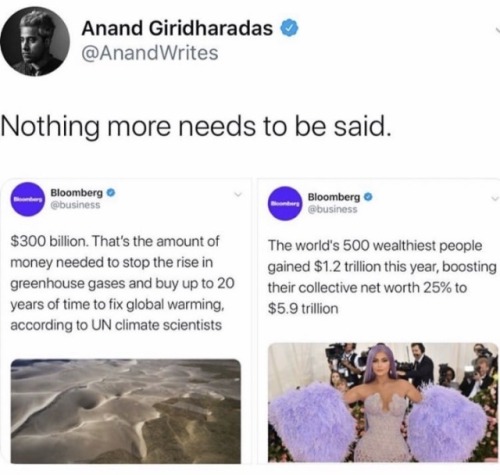 This structure, called the CityTree, combines specific plants that eat particulate matter (PM), nitrogen dioxide and ozone. The CityTree offsets 240 tons of CO2 equivalents per year. It has the same effect as up to 275 urban trees, but requires 99 percent less space. The construction contains sensors collecting environmental and climatic data, to regulate and control the unit and ensure that the plants survive. 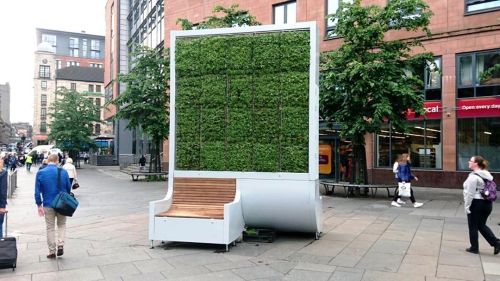 In this image, emergency crews battle towering flames on BP’s Deepwater Horizon rig, which exploded and sank days later, leaving 11 men dead and spilling about 200 million gallons of oil into the gulf, April 20, 2010. 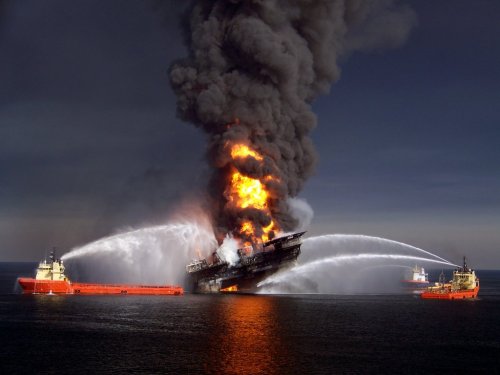 Many of us around the world know who Greta Thunberg is, even if we’re not well versed in environmental activism. She is the 15 year old Swedish girl whom came to global attention when she spoke, as we coin it now, truth to power, about the environmental crisis that looms before us and its increasing urgency as we stand blithely aside in inaction, as she opined. She was named Time’s, Person of the Year for 2019.

There are many things that I admire about Greta. I admire her commitment to a cause. I admire her activism through civil disobedience, and her willingness to do so “singularly” (I’m using quotes here because while she may have been standing physically alone or in small numbers in a single protest there have been many around the world for quite some time whom has been paving the way and moving forward the cause). I am also in awe of her ability to bring people of all ages and cultures with her. I especially admire her use of her voice. Maybe this is a product of her familial (most likely) and cultural influences. I know that so many women and young girls around the world regardless of circumstances lose their voice voluntarily, intentionally, or by force.  I commend her for using it with the audacity of not waiting for permission. Despite all of this I have to ask myself, what is Greta’s effect?

Greta’s message is important. But I’m not so sure that media was enamored or even interested in the message, but rather the tone the message took. It was a young girl admonishing, and to some, shaming the powers that be. But what of it? It had an affect-meaning a clear impact. Has it had what Greta intended when she spoke her truth, an effect-a change in existing policy and actions that cause irreparable harm to the environment in exchange for the creation of policy and actions that will cure it?

I currently work in municipal government quite closely with local politicians. My City’s sustainability work currently falls within my diverse portfolio to oversee. Whether it be in government or otherwise, I’ve never seen human beings shamed into long term positive and sustainable action. Quite the contrary, in my experience it creates resentment and at its worse intentional covert, opposition. My hard working sustainability program manager and staff channel the affects into effects with climate, and environmental justice focused policy changes and creation. They do so working with proponents and opponents of climate focused initiatives, as well as government. So why am I bragging here? To bring home Greta’s desire. Let’s stop oohing and ahhing over her ability to voice her concern. Let’s start monitoring the effect, if any that concern has garnered.

If you care so much about ocean cleanup or pollution go to the beach and pick up some trash. It’s easy. Not near the ocean? Go to a pond, a graveyard, or literally anywhere that has trash on the ground.

I’ve got to remember this guy, he’s got a perhaps complimentary approach to environmentalism to mine if not the same in some ways.

For 2020 please: destroy capitalism, fight the governments, eat the rich. And do not believe in that the politicians, the companies, or the wealthy are going to do something about the dying earth, war, people suffering, discrimination, or any real problem. Please unify, people.

The Moral of the Lorax

Just watched the Lorax again. Though the book was published in the 1970s, it’s message rings startlingly clear today. If we do not take care of our environment, soon it will no longer exist. And we will be as the Once-ler, living in regret. Though it may feel like individually we cannot do much, even little things help. Even talking about it helps, because at least it brings attention to it. I encourage everyone to keep thinking about this topic, because it is too important to forget.

#the lorax, #the environment, #dr.seuss, #climate change, #real thoughts, #thoughts, #save our planet, #saveourplanet, #everyone can help
1 notes · See All
thesociologicalcinemaPhoto

Artist: Does anyone know who created this image? 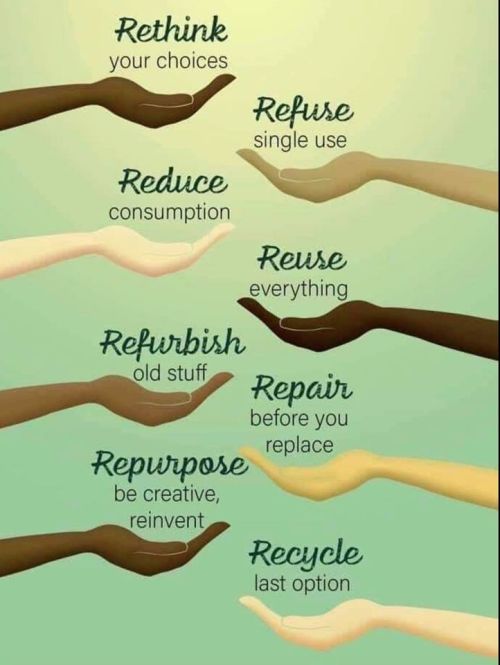 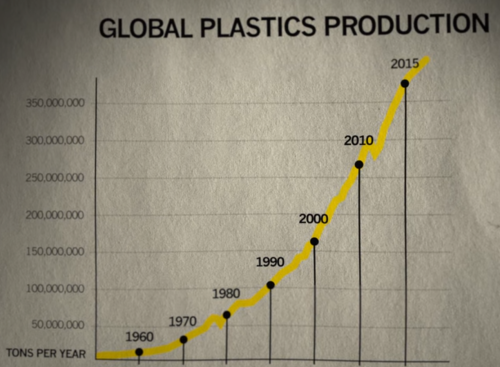 America the Beautiful, Distorted by so Many Questions

“America the Beautiful, Distorted by So Many Questions”  speaks for itself as a title, these questions/distortions given clarity by the visuals of environmental chaos combined with the heavily textured imploring of the audio.  Central America, Latin America, North America, South America; in this art piece, are all synonyms for our one and only Earth.

Veneto is the region in northeastern Italy that includes Venice. Almost immediately after the right wing government of Veneto rejected proposals to deal with climate change, its offices at the Palazzo Ferro Fini were hit by the worst flooding since 1966.

This will resonate as a non-fiction fable related to climate change.