Anyone noticed the reflections in their glasses?

Each one seems to be important to their specific arcs in season 2, whatever they’ll be

Luther’s is probably the easiest to figure out, I mean it’s a newspaper headline saying “war declared”. Potentially caused by him/his siblings?

Next is Diego’s showing a woman. Is that Patch? I honestly can’t really tell but I get the feeling it is Patch, who was important to him in season 1. So does she make an appearance?

Allison’s shows what seems to be a protest, I’m guessing that it’s the civil rights movement? That goes is based on the freedom now poster in the sunglasses and another picture of Allison that was revealed where someone just off screen is holding a pamphlet thing saying “have you been discriminated against?” Or something of the sort

Klaus’s shows what appears to be a rave, or even like a concert perhaps? I’ve seen many people comment on how he’s taken on a more hippie look this season, so perhaps it had something to do with that. Also, interestingly, Klaus is the only one moving his glasses so that we can see his eyes. I have no clue what significance that has but it sure is interesting and likely means something

Next is Ben, with a familiar sight. His glasses reflect the shot of the Hargreeves as children, I believe the one from the first episode. Perhaps it’s connected to how we saw all of them as children again at the very end of season 1? I think it’s likely we’ll get background and how he died

Vanya shows her golfing (?) With another woman and kid in what looks like a farm-ish/middle of nowhere home setting. I’m pretty sure that it’s the woman and kid from the released picture of the Vanya and them in the car, which many people have theorized as being her family in season 2

Finally is Five. One thing I find interesting is how his sunglasses have much smaller lenses than everyone else’s, showing way less of the reflection. Could this mean something? Maybe, but I also may be looking too deep into things. But the picture we can see in his glasses direct give off much, it’s a close scape of houses, which I don’t recognize from the show. He does also have the now seemingly ever present blood on his face, which means he may be doing something along his hitman lines again

So all in all, I can’t really tell what any of these mean, but I’m sure they’ll become much more obvious when season 2 releases on netflix. Also interestingly, Ben and Five are the only two with unchanged clothing, whole everyone else seems to have picked up outfits and styles specific to a different time period. Honestly seeing all of this makes me think the theory of them being split up through time periods or dimensions or something of the sort of becoming more and more likely. And! The order is Luther, Diego, Allison, Klaus, Five, Ben, Vanya. But, Five is moved out of order, being placed after Vanya in the front, and not to mention Luther is standing on his own in the back. I wonder if they’re being grouped or something?

I wanna see a lot more fights! The siblings specifically, I want them to throw down. Team up. Fight together. And by the looks of the Swedes guys, I’d say they could give them a run for their money. Looking forward to it all though.

we’ve seen the sunglasses pic but have u considered

allison walking into the 1960s nightclub ready to party

five on his way to kill a man

and dolores in the bg supporting him

and last but not least

so like,,,, what is the significance of Klaus being the only onw with his sunglasses down? and they all have different reflections? are the reflections what their personal scenrios arw when they arrive in the 60s?

we need the high res image

Klaus: heeey, that was boss! gimme some skin *holds out hand*

I really like the idea of Klaus taking on 60s phrases and slang after his time in Vietnam and all the other Hargreeves siblings being really confused. And then when they go back to the 60s and he can smoothly fit in with the lingo they’re all shook af.

Klaus: *successfully smooth-talking his way into a room*

Ok so I have this theory that there may be a Swede assigned to each of the duos. There were 3 milk bottles but only one was highlighted and TUA insta mentioned “strong”. So this leads me to believe Allison and Luther will be a duo (and funny enough one of the Swedes looks like a milk man so like…they team up against milk man? I dunno). Bingo and tv were probably for Ben and Klaus. 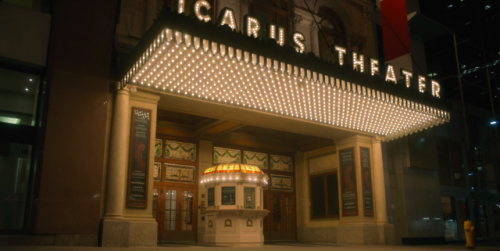 #the umbrella academy, #edit, #my edit, #the hargreeves, #mine, #sometimes i forget these things are in my drafts! this show was pretty!
57 notes · See All
sobriety-is-overratedText

Lol Reginald when he wanted a family reunion

Finally!!!  The Hargreeves are back!!!

I love them all… I’m soooo happy for  The Umbrella Academy 2. 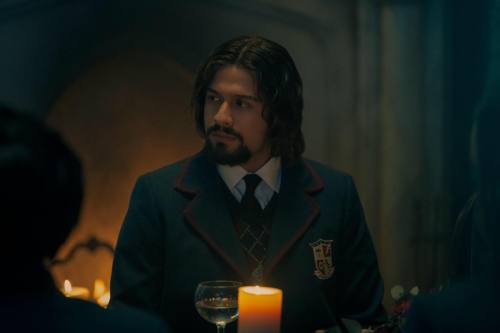 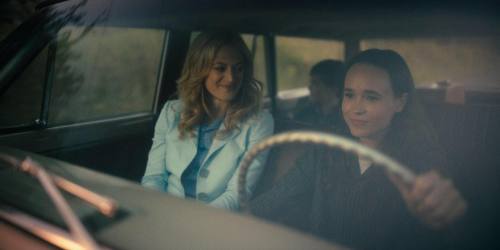 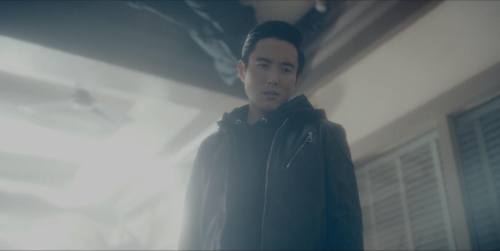 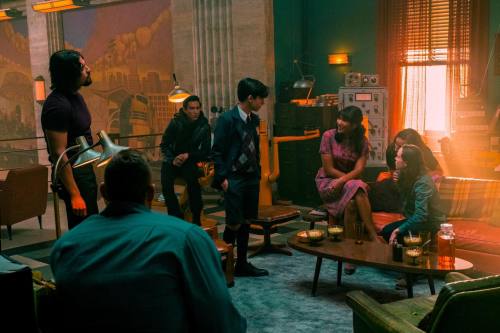 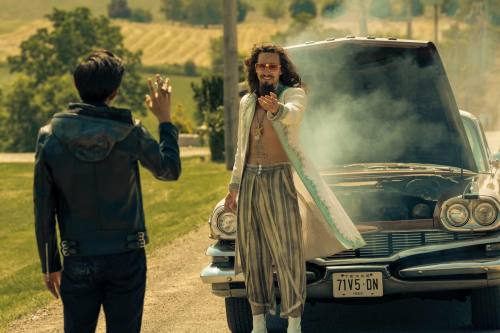 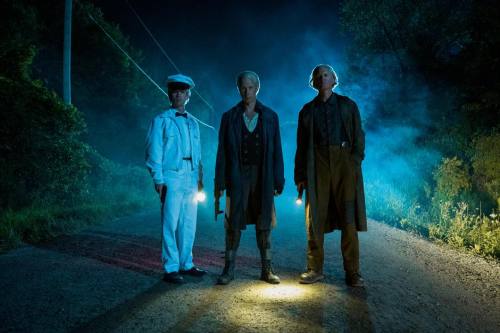 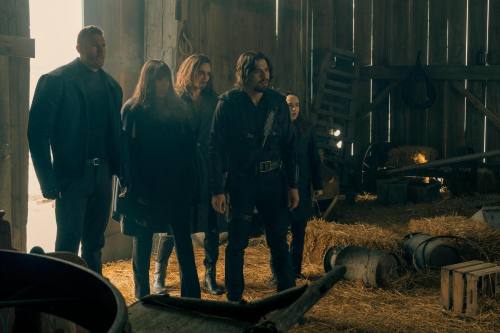 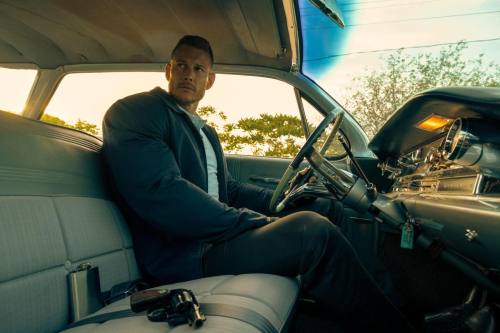 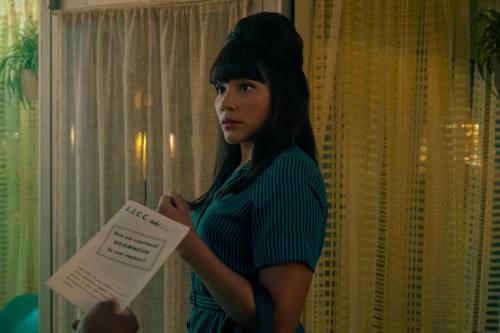 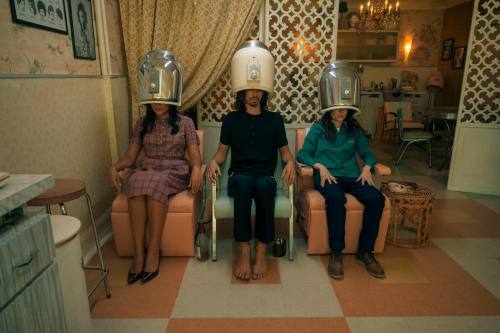 so like…this season of ua is an alternate universe, right? like that’s the vibe im getting but like…i could be insanely wrong. i never got to read the comics lmao.

#the umbrella academy, #the hargreeves
16 notes · See All
jesusonafrickinboatText

So the Hargreeves are in Dallas in the 1960s, so the order of their pictures must be the order they arrive there! I saw that they arrive at slightly different times, meaning that Ben is there the earliest, then Klaus, Allison, Luther, Diego, Vanya, and Five arrives last. 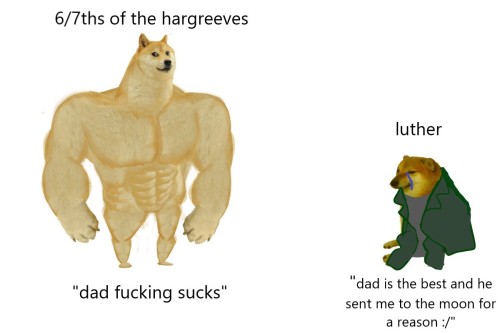 #the umbrella academy, #tua, #tua memes, #luther hargreeves, #the hargreeves, #this is a little mean but luther deserves it for his Crimes, #also i love this meme format a lot i might do more of these lol
89 notes · See All
ltfrankcastlePhoto

I like to think that even though they fought a lot Diego and Luther were really close when they were little and that’s why Diego leaving and then Luther sticking up for old Reggie hit them both so hard.

Luther: Sociable and having friends, other people he can actually talk to other than his family. I think that’s what he really and truly needs. It was something he never got to have and it was one of the things he spoke up about when he found out about the moon mission being all for nothing. I think he’d go out a lot more, maybe call some friends up and go out to eat, maybe see a movie, have bowling alley nights or hit the bar and have a few drinks RESPONSIBLY. Maybe even find a nice partner along the way and eventually settle down. He’d no longer look at himself as monstrous (but I also feel like maybe they can fix this along with everything else.)

Diego: Maybe he wants to try again with joining the police force, not so much for himself but to honor Eudora and what she believed in. He still wants to help people, but now that he no longer has pent up bitterness and anger towards his family, he can think more clearly. He wants to do things the right way, or as right as they can be. I also think he’d be a lot more active with his family. Going to Vanya’s concerts with the family, spending more time with Luther because they were the ones with the most tension. Now that they’ve shed their numbers, they can be proper brothers instead of being at each other’s throats all the time.

Hot take: If Eudora is alive somehow though, then I can see them possibly trying things again (but she made Diego promise to work on himself a bit too and so he does.) So the only difference is he joins the police academy not to honor her, but to respect her instead.

Allison: She eventually works things out with Patrick and she can see her daughter Claire a lot more often. Things might still be rocky for awhile, but she tries. Allison also decides that being a movie star is no longer for her, seeing as it was built up on nothing but rumors. So she retires, then goes out to find a proper and honest job instead. Maybe she goes into the fashion industry or makeup or something, not really sure I feel like she’d wanna do a range of things.

Hot take: She goes into the police force with Diego to do detective work, because she has the experience, as we’ve seen her do when looking into Leonard’s background and tracking down her sister. I think these two would make a badass detective duo tbh.

Klaus: No drugs, no vices. Helps other recovering addicts, helps the community a bit by doing volunteer work, even helps ghosts out now that he understands them better, and has work out time with Diego to get himself into a healthier routine. He’ll help Ben out at the library during volunteer work as well. Klaus also works part time at a coffee shop where can meet all kinds of people there. He even meets someone that he thinks might get along with Luther and so he hooks them up because he knows his brother needs to experience real love. Klaus has usually been right. Klaus also does little projects at home like starting his own make up line. He’s hoping he can turn it into a real business in the future.

Five: I can see him become a tutor for kids who never really got proper education. Maybe even a teacher/professor. So instead of obsessing over equations for trying to save the world, or do something crazy like time travel, he can use it to help others find some kind of direction in their life.

Hot take: As an off to the side job, he’d help take care of animals at the shelter.

Ben: Alive again. He helps out at the local library, maybe as an assistant. He reads a whole lot. And this probably goes into my New Years resolutions I did around the end of last year, but I can see him doing a bit of traveling to other places and taking his siblings with him when he can, since he’s now able to. He’d be outside all the time too, at the park, just walking, seeing the sights. He stops by the coffee shop sometimes to see how Klaus is doing and asks him about the people he’s met. Ben is aiming to be a writer, so hearing about the different kinds of people really help him with ideas for books, as do the sights.

Vanya: I see her becoming a therapist after everything she’s been through. She has enough experience to help those who feel alone and less than important. She makes friends more easily now, and maybe even has friend hang outs with Luther, where they and their friends all gather and be social and have fun. Something they’d both been missing all their lives. Vanya also spends a lot more time with her siblings in general and they go and see her concerts. She still tutors people in music, mainly the violin but after the whole “blowing up the moon” thing, she decides to learns a few other instruments as well, like the piano and acoustic guitar.

Five: With all due respect, what the fuck is wrong with you?