#mike flanagan pay for my therapy bills please#i was rewatching a video of both HH and bly and i'm not ok#I PREFER IT HERE THIS DAY WITH YOU#FUCK OFF!!!!!#YOU ARE HANNAH GROSE. THE YEAR IS 1987. YOU'RE AT BLY. MILES IS 10. FLORA IS 8.#the haunting of bly manor
1 notes
samegifofdaniclaytondaily
Text
#the haunting of bly manor#dani clayton#victoria pedretti
2 notes
novelconcepts
Answer

I don’t think that’s pathetic. I think Jamie is desperate to find her again, but that she understands Dani wouldn’t take her at Bly–and maybe, if she just keeps asking, she’ll convince her to turn up somewhere else. I do think Jamie would avoid the grounds, after that; I don’t think you ever want to go back to the place you know your wife died without you, where your rational mind knows her body is being worn away underwater. I think coaxing herself out of that lake once was hard enough, and that if she allowed herself–weighted with grief, unable to wrap her head around Dani being gone–to go back again, she might not have had the strength to keep going. I do think she’d go back one time–but that it would be the time. I have always believed Jamie would, if she had the choice, go back to Bly to die of old age. To make absolutely sure she’d be where Dani is. To ask Dani one last time, not as a 45-year-old woman with so much life ahead, but as someone genuinely ready to go: All right, Poppins. D’you want some company now?

#ask#the haunting of bly manor#the haunting of bly manor spoilers#the haunting of headcanons#the beauty of this story is that anyone's perspective for the After is valid#AE's makes a lot of sense#but i do wonder if she's factoring in jamie's whole life#or just up until the end of the show#i very much think jamie would go back at the end#if only to be where dani is#and that even if she didn't#it wouldn't matter. dani would still be there#because i think that's the point. whether jamie knows it or not#Anonymous
27 notes
blyflower
Text

Nobody cares but as I was reading this morning, I was attacked by a ghost: my Bly Manor obsession. Can’t even read a novel without thinking about Dani and Jamie now.

#thobm#the haunting of bly manor#victoria pedretti#amelia eve#damie#the novel is you have a match by emma lord if you were wondering and it's the new ya reese's bookclub pick so obvisouly i'm reading it
5 notes
jamiexdani
Text
la cathédrale engloutie - iamalekza - The Haunting of Bly Manor (TV) [Archive of Our Own]
An Archive of Our Own, a project of the Organization for Transformative Works
archiveofourown.org

3 words for you: damie pirates au 🥵 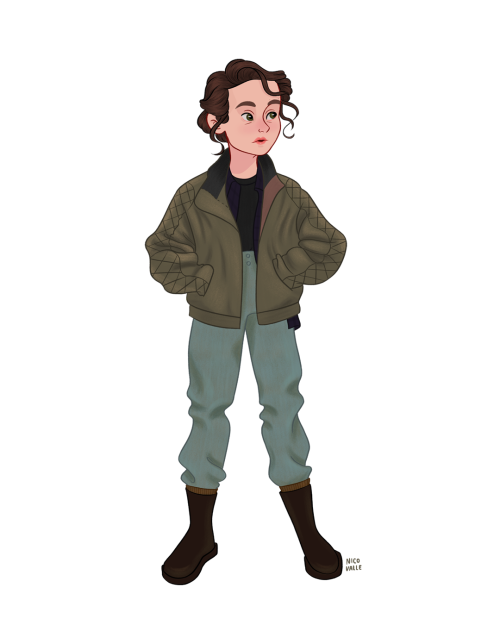 jamie moved on with the leafling because she is a collector of experiences (and i’m sure even because she couldn’t handle anymore the pain to open and close it alone, feeling heavy because all of the memories of that place and answering when the customers asked her about dani, and i can image how sad it was for her to close that store, who was not just a store for her it was their place) but i sure can’t move on to think about all of this

“Sometimes,” Jamie says softly, “I really feel like I was born in the wrong time.”

Dani’s smile is unusually serene. “Yeah, but… we still met anyway, didn’t we?”

(Or: Jamie buys an old house, expecting it to be just a routine renovate-and-sell. She doesn’t plan on falling in love with a ghost along the way.) 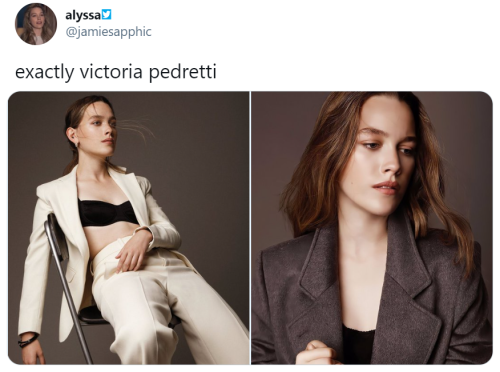 “you’re not even going to leave me a note” i did not ask to be hurt like this??

i am going to commit crimes

When is Amelia Eve’s birthday? I saw some websites and said it’s on 2nd Feb. I am a 2nd Feb kid and fingercross pls let us have the same birthday 🤞🏻🤞🏻🤞🏻🤞🏻🤞🏻

Do you want to have even more feelings about the lesbian ghost show?

Boy do I have the fic for you!