I like how the wall is stained like the art is infecting everything it touches.James Hance artwork.

hopefully he won’t reach that age

▸I like not giving him much of a backstory if any at all, but if I ever have to i like to think he was a comedian.

▸He’s definitely a redhead and has freckles

▸That and I also think he’s irish? no reason in particular for this one I’m just extremely specific about stuff

▸He’s not actually always smiling, or laughing or thinking everything around him is sooo funny. I like to think thay he’s much more cynical than they write him, his laugh, his smile and his humour are either sarcastic or on reflex or to scare people which is like, all the time, unless you’re Batman because otherwise he is delighted about that. His clown persona is something that he picked for a reason and the laugh etc. are all part of that. So when he’s not out causing problems, and instead planning problems, I think he’s an angry sort of serious rather than constantly smiling.

▸While i think his plans are like, 80% chaotic without plans, the other 20% is planned if barely. I definitely think he’s extremely cunning and quite smart and that’s why he’s so good at causing so much disparity even if a majority of it is unplanned.

▸He is so erratic emotionally that it genuinely is a gamble game being around him, he can be incredibly angry and then extremely quiet. You’ve seen it, he doesn’t care about killing someone just to prove a point, out of spite.

▸I don’t see him as a very modernized guy at all?? And I don’t think he’d have tattoos etc. regardless of if it’s common for gangsters. I see him more as a suit wearing guy, except that his clothes are literally so fucking baggy because he’s malnourished but he’s so tall that is impossible for him to look anything but scary and looming.

▸He. can’t. fight. At all. It makes no sense that Batman would struggle fighting him, in fact, if Batman were to punch him once like he punches regularly Joker would pass out.

▸All in all i think he’s not someone to have customized guns, etc. His character is a ragged, figure-it-out-as-it-goes one.

▸He’s not psychotic, or sociopathic, or crazy of any kind. He’s just a piece of shit; people can be evil for no reason at all. 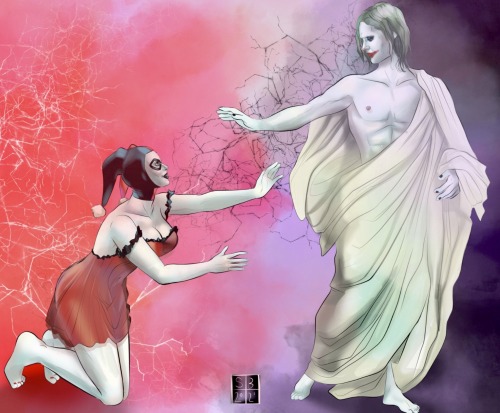 When Dick was a child he couldn’t remember the names of the villains he fought, so he lovingly gave them nicknames.

Originally each of them found it irritating, but nowadays they find it very strange when the first Robin doesn’t call them that. 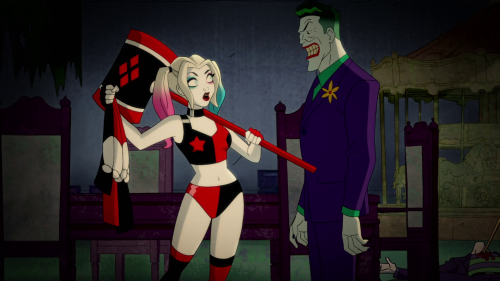 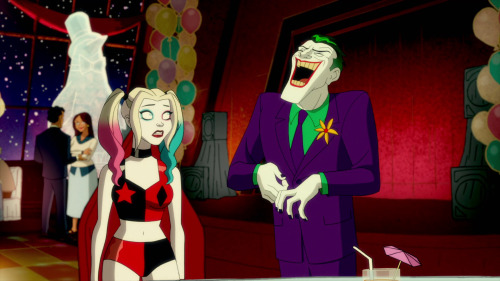 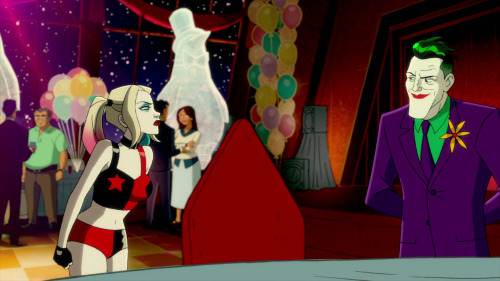 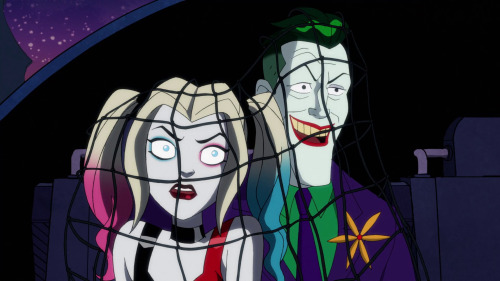 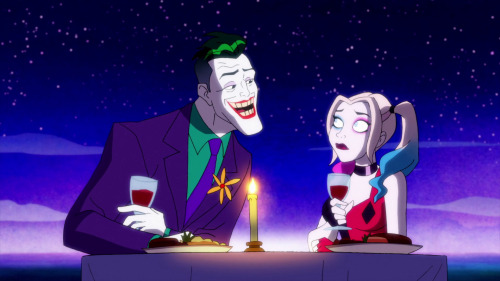 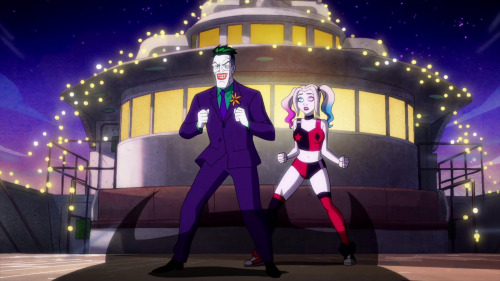 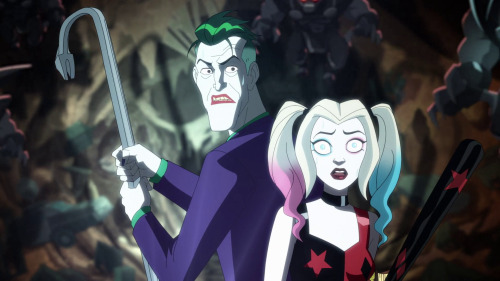 Even more Joker in Assault on Arkham 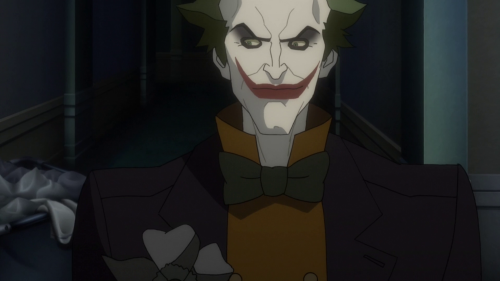 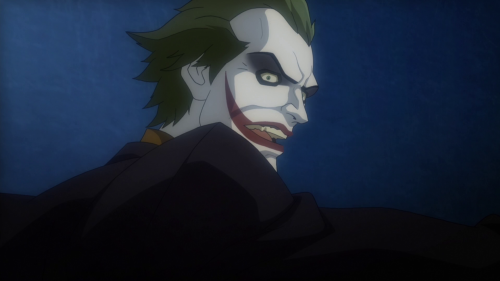 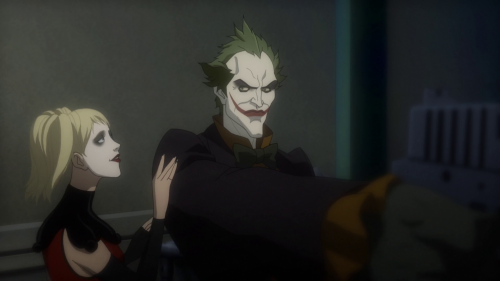 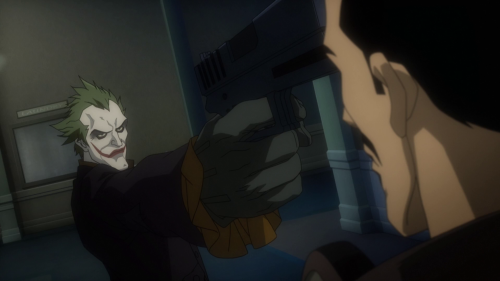 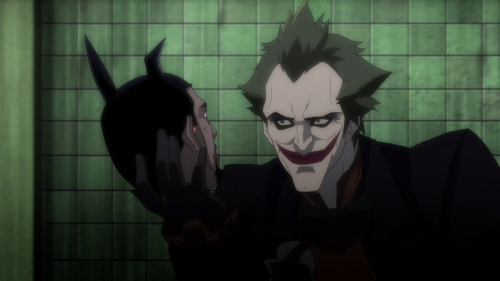 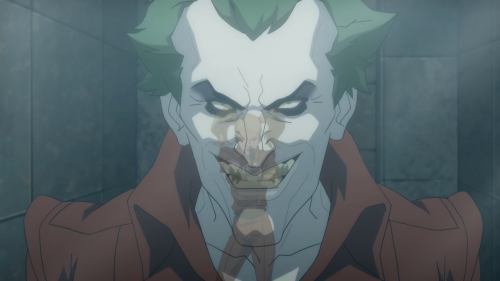 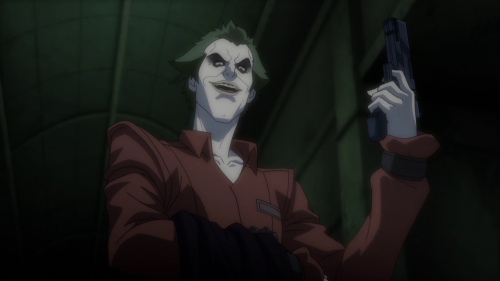 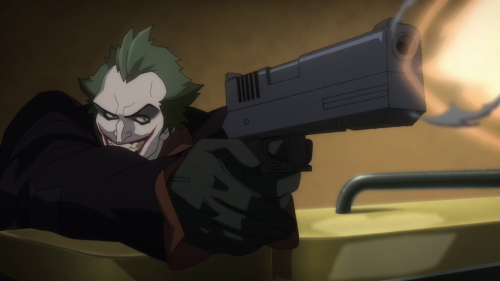 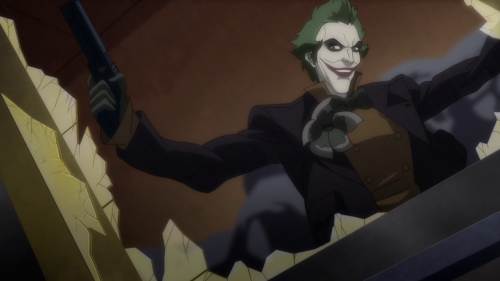 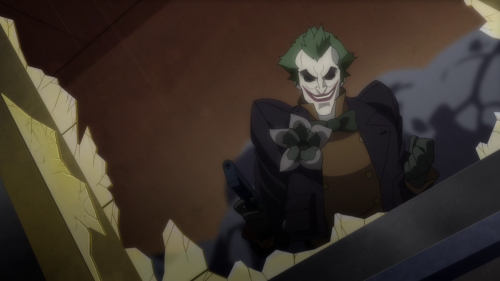 You read that stuff, kid?

Finally watching the Harley Quinn show and it’s amazing, like the cursing in a cartoon comic book show was a bit weird at first but it really adds to it.

I don’t get why people were mad Harley and airy don’t have a relationship right away, like I assume they are building to that but it wouldn’t be as deep and meaningful right out of the gate. It would be a rebound. Harley needs to find herself first outside of the Joker.

And I like how she realized the Joker would never put her or anyone else about Batman. They are a weird soulmateish nemesis whatever you want to call it. But in the end, the Joker doesn’t exist without Batman, he needs and craves Batman. He even refused at times to pull the cowl off because he doesn’t want to know the identity, and when he does find out it doesn’t change anything.

he was tall. all i could see was his large silhouette in the dark alley. the smell of rain filled my senses. a smell that otherwise would have comforted me, but now it only smells like helplessness.

his tall, large frame and hunched over posture. i flinched when i heard the sound of a switch blade flip open, the sound making the hair on my body stand up.

all my life i had been scared of dying, and this was it. i was going to perish in this dark, wet alley.

the man shifted a bit, some light now hitting some of his features, but the texture; it wasn’t what i expected. long rough lines came up from the corners of his mouth, leading up to what appeared to be dark holes where his eyes shouldbe. and he was pale as a ghost, or at least his face was, leading me to believe it was painted.

he stepped towards me, his switch blade in hand. i didn’t run. i had already tried that and the man proved to be much faster that me when he’d caught up with me and slammed me to the ground.

he towered over my small frame. the closer he got i realized he did in fact have eyes, they were just painted like the rest of his face but in the dark looked like endless pits of darkness.

he suddenly climbed on top of me as i thrashed underneath him, flailing my arms and kicking my legs. but he just grabbed my face, squeezing my cheeks and turning me to look at him.

“a fighter ain’t’cha darlin?” he husked. his voice was odd, high pitch and he breathed out of his nose in between his words.

i just wimpered in response, and then a blade was put in my mouth, positioned at the corener.

i froze, heaving in heavy breaths underneath him. the metal was cold in my mouth. i just looked at him with wide eyes. pleading. begging, but i knew he wasn’t one to take no for an answer.

and just like that. the knife was ripped through my flesh, choked sobs and screams leaving my body and i almost felt like i was going numb, but the pain continued.

and then a second cut. on the other side. a louder more inhuman screech of pain followed as i tried to breath, but just gargled blood as it filled my mouth and ran down the sides of my face.

the pain. i’d never felt this kind of pain before. the feeling of the muscles in my face retracting and convulsing as i found it harder to stay contious.

the last thing i saw was the man climbing off of me and placing something on me as he left me to bleed out before everything caved in and went dark.

For everyone who keeps complaining about that pic of Leto-Joker where he looks like Jesus.

Guys, check comics. The Joker has already been depicted as saints.

It’s not about Jared.

It’s about a fictional character.