Here they are: Milo and his little sister! 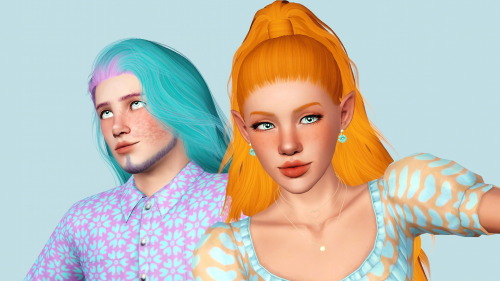 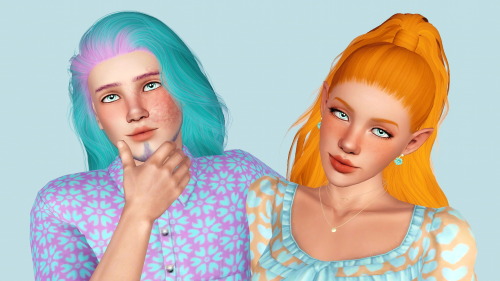 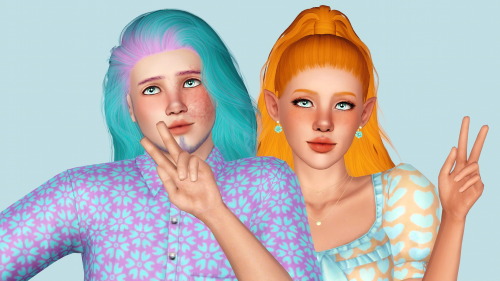 #sims, #ts3, #sims 3, #extra goodies, #milo caspar, #doris caspar, #she's bubbly and extroverted and talks a lot unlike him who's rather quiet and reserved, #I actually made doris for the summer camp au which I kinda based on my own life as I loved working as a camp counselor and miss it so much, #milo had to be a counselor there and doris was a camper, #and irene was a junior director, #obviously there was a lot of adorable mirene stuff and many other characters including most of the MS mains, #I don't know whether I can do it in the sims because it's time consuming but hopefully I could at least show some of my ideas, #or talk about it someday, #I love this AU
8 notes · See All
deesarrachiText

i rlly wanna take this one CS class next semester bc 1. i miss comp sci LOL and 2. it’s the last class i need before i can FINALLY apply for the cs minor so i like actually need to take it as soon as possible

but i’m worried because it’s one of the first few classes actual CS majors need so a ton of people are going to be trying to get in and idk how likely i’ll be able to since i’m not an actual CS major.. DX

there’s another class i can take instead that also counts for me to apply for the minor, so hopefully worst case scenario i’d be able to take that one next semester and then take the original one i wanted over the summer..? because i actually need that one as a pre-req for all other future CS classes so LOL..

i also really wanna take a cs class next semester bc i LEARNED from this semester, i need to balance my workload between different things, and so my prospective schedule i made yesterday looks really nice in that regard. i have two physics classes, one of which is computational and focuses a lot on programming and the other is a general math-based physics class, i have a sci comm class which brings in some writing + creative thinking, an astronomy seminar which will be discussion based and help introduce me to astro research on campus, and then hopefully this CS class to bring in some more programming to balance everything else out. like i think it’d be a good balance of different things im working on, as opposed to this semester where i’m straight up just doing math 24/7 bc Every Class im taking is a math class.. i just desperately want to enjoy next semester better than this one cause lol DX

#im also worried that the sci comm class will close out quickly bc theres only 16 seats so UHMMM lol </3, #but idk how big of a demand there is for that class so IDK IDK, #ugh course registration time is always so. SHAKES MY CAGE, #like can i PLEASEEE just get into the classes i want. can i PLEASE, #brot posts, #the CS class i want im pretty sure freshmen take in their spring semester, #and i am .. a sophomore.. technically in junior standing... so like, #im HOPING that i get to register before the freshmen CS majors get to LMAOO........, #LIKE PLEASE IM JUST ONE PERSON PLEASE LET ME IN......, #i can live with taking that sci comm class at a later date but if i dont get into this cs class im gonna, #AHHHHH
0 notes · See All
correctsujuChat
Siwon: Well, has Heechul been wrong before?
Kyuhyun: How wide are we willing to open this up?
#super junior, #incorrect quotes, #siwon, #kyuhyun, #source: phineas and ferb
0 notes · See All
unexpected-possibilitiesText

Employee, over the intercom: “Could a ‘Hisirdoux Casperan’ come to the front desk please. We have your children.”

Douxie: What did I do to deserve this

#hisirdoux casperan, #toa wizards, #douxie, #incorrect wizards quotes, #toa, #wizards memes, #toa zoe, #toa memes, #toa archie, #toawizards, #steve palchuk, #claire nuñez, #jim lake junior, #eli pepperjack, #Mary, #darci, #aja tarron, #krel tarron, #toby domzalski, #toa Nari, #not!enrique, #this one was a fucking blast to make, #they’re all his kids, #Douxie gets to the front, #they’re all smiling, #Zoe up at the top of the stairs flipping the employees off, #Aja marveling over the carpet, #krel tricking out the cart, #not!enrique being a little shit, #Jim and Archie in the car seeing Douxie come back out dragging them all and glaring daggers
15 notes · See All
carolineeforbesPhoto

#wildfire, #wildfireedit, #krunior, #krunioredit, #kris furillo, #junior davis, #kris x junior, #usc, #mystuff, #gifs, #wildfire*, #krunior*, #it's always been you quotes >>>, #i have like 5 otps that have them i have good taste, #also i love krunior so much what excellence, #a ship that was beyond their time truly top tier
0 notes · See All
foxfyrezText

SO, basically the Blonde Thunder episode is gonna be all about Silent and Junior talking about how they feel towards each other because that whole episode is just about Chuck driving to win a race and mike “helping” him so they don’t lose mutt to a deal they made with the duke.

And it’s just sappy and kinda sad and they finally do become friends again and like they are goofing off with each other.

Like before they made up, Texas noticed that Silent was missing and asked where she went and everyone shrugged. So they looked for her while selling Jacob’s… food.. and finally was able to locate her. Texas was about to beat the shit out of Junior, but Julie told him to stop because she probably knew what was happening. But they still watched from the sidelines to see if it was ok.

So as they both talk and work things out, they realize they do have massive feelings for each other and even though Silent already knew this, Junior was surprised with himself because he didn’t really notice it until she went missing for a few months after the issue with Duke.

They obviously can’t be together because it would feel forced and weird so they both agreed to wait until the time was right. Silent obviously thinks Junior is confusing his feelings for her with friendship because they did bond together during some stuff.

And then this (my fave part) happens, Junior wants Silent to actually look at him in the eyes while they talk but since she keeps a fox mask on her face (like the white ones, you know the ones. Anime ones) it’s kinda hard to do so, so he tries to take it off her face and she obviously avoids it.

“I feel like you’re not actually listening to me, take off the mask.”

“No, I’m listening. I keep this on for a personal reason. Let it go.”

Junior, the little shit he is, keeps trying to take it off during the races and Silent, the stubborn one, keeps avoiding his grabby hands. It looks like a fight between two siblings. And eventually Junior grabs a hold of the mask’s edges and is about to yank it off, but Silent asks for a deal before he took it off.

“I’ll take the mask off if you show me what’s underneath your hair that covers your eye.”

That confuses Junior. And he tilts his head. “You want to see my eye?”

Like Silent has never seen his other eye before because it’s constantly covered by his hair and she’s curious. It sounded like a fair deal. “Like do you have a scar or is it normal or is your eye replaced with a robotic one?”

Eventually Junior agrees and shows her (a secret :)) and that’s when Chuck wins the last race and that signifies the episode is over and before Silent can show Junior what’s underneath her mask, she’s whisked away from him by Texas and the rest to congratulate Chuck.

#the feeling episode is gonna be great, #haha haha, #and afterwards there’s gonna be downtime content where Silent is with the burners and runs into some people at Antonio’s, #fyrez rambles, #silent x junior
1 notes · See All
glorious-blackoutText

silhouettes to steal this night by moonsteps

Author’s Summary: “So,” says Jiang Cheng. “You’re in love with Hanguang-jun, and now you think your roommate is hot.”

“Lan Zhan is objectively good looking,” Wei Wuxian says immediately. He runs through the rest of the accusation in his head and frowns. “And I’m not in love with Hanguang-jun.”

Jiang Cheng’s eyebrow ticks. “Yeah right,” he says. “Tell me that once you’ve stopped flirting with him every time you’re assigned to the same hit.”

(Or, while Yiling Laozu and Hanguang-jun are rivals as assassins, Wei Wuxian falls in love with his roommate, Lan Wangji.) 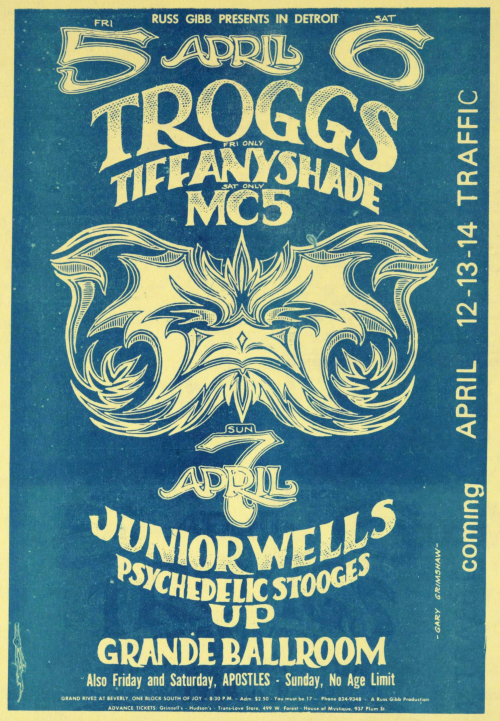 Sorry for being so late, tumblr doesn’t send me inbox notifs for some reason 😞

But thank youuuuu, you have made my day🥺🥺

#i feel as giddy as i did when i got star stickers in junior school, #thanks for the serotonin boost UwU, #anon, #fave
0 notes · See All
sleepyheadsparadiseText

Why is this so spot on? Lmao. It is safe to say that donghae will always be have that special place in his hyungs’ hearts. They literally watched him grow up and took turns in raising him. 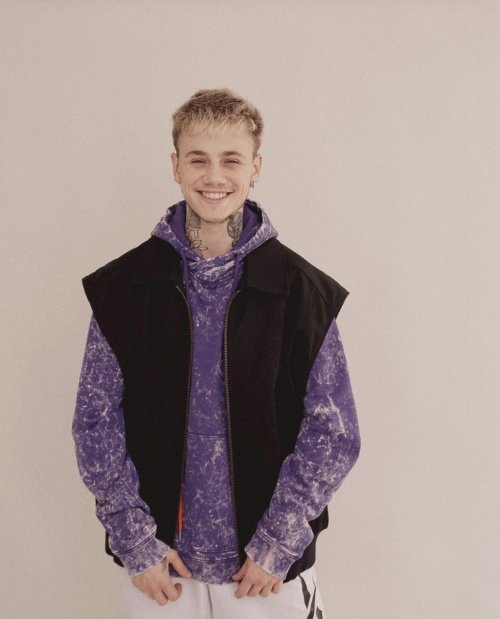 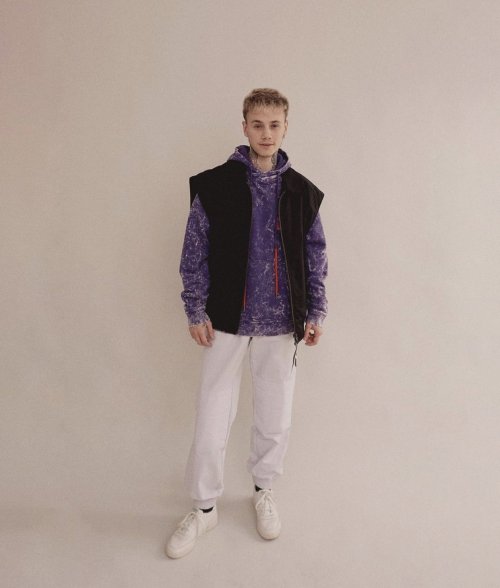 Ryeowook, when Siwon asks him if he has the confidence to not see him again: JASIN ISSEOOOOOO!!!

Me, when my friends ask me if I have the confidence that I’ll get a good score on a test: JASIN EOBSEOOOOOO!!!

i got 2 major tests on my birthday this is not helping my mental health and stress.

#i do not want to have a breakdown on my bday, #this is homophobia, #geez junior year fucking sucks, #forgot to eat lunch so i cant go and get something until 2pm, #i have so many missing assignments to do its not even funny, #at least i have therapy tomorrow., #txt, #shut up frankie, #ok 2 rb, #*screams into a pillow*, #cant wait to get misgendered on my bday cards /s, #my bday is friday but im not really looking forward to it., #my bf has to work so i cant see him this weekend
4 notes · See All
realmadridlocavictoriaaQuote
Pilar about talking about best and worst things about being a large family
#pilar rubio, #sergio ramos rubio, #sergio ramos junior, #maximo ramos, #maximo adriano ramos, #marco ramos, #alejandro ramos, #quote, #sergio ramos, #real madrid
2 notes · See All
youdothetalkingText

gigi zoning out during attendance 🙄👎

ok so this sucks . but lets pretend it doesnt ❤️ also this took two days b KIND this was HARD n some of u wanna do this for a living ?? ON PURPOSE ??? could not b me .

Summary:  In which Wei Wuxian and his two favorite kids just wanted to help his younger brother chill through the power of pint-sized hugs (from the kids) and projectiles aimed straight at Jiang Cheng’s face (from Wei Wuxian), but he fails to take into account the importance of aiming and decent observational skills.

Or, alternatively: “You throw a snowball at a friend but miss and hit them instead” au

My comments:  Aww, this is so sweet and cute!