It’s not that the Kree are not emotional it’s that they are good at compartmentalizing.

Also, it bothers me when people say Yon-Rogg was keeping the truth from her ~for selfish reasons~, considering how much guilt he always carries with him, including for things that aren’t his fault, it would be so much easier to unload it all on her so he doesn’t have to feel guilty about lying to the person he cares about the most, but that would put her in immediate danger.

In this case choosing to tell the truth despite consequences would be the selfish choice, not to mention reckless as it would put them both on SI’s bad side and, as far as Yon knows, it’s a sure death sentence, or something worse. (to people who say ‘he should have told her the truth’ i want to ask 'and then what? Die together?’)

Of course he would make the only responsible choice under the circumstances and try to uphold the lies SI told Vers and try to shelter her from SI’s wrath in any way he can. Honesty and ~living his truth~ is not a luxury he can afford. And he will just have to shoulder the extra responsibility and guilt the way he always does because his life is the definition of 'being stuck between a rock and a hard place’. :(

Daisy wakes up in a prison cell on a Kree spaceship. Then she stumbles upon another captive, one Carol Danvers. Trapped on the bottom floor of a hulking spaceship, collared by indestructible power inhibitors…even then, the Kree don’t stand a chance.

The DaisyCarol space jailbreak you didn’t know you needed. 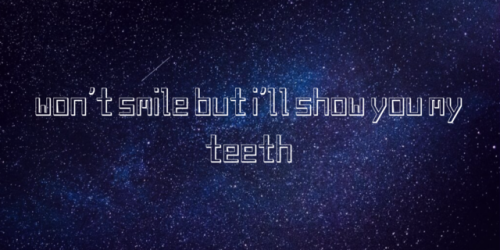 You know there’s one aspect of the Captain Marvel movie that doesn’t get used a lot. It’s the difference between the blue kree and the pink skin kree. In the comics the pink skin kree are discriminated against a lot. They could’ve used this for Yon Rogg since he’s a pink skin in this version. Basically, Yon Rogg is trying to get accepted by the Kree society even though the Blue skin Kree hate the pink skins no matter what. It would’ve made an interesting mirror dynamic between him and Carol where both are trying to find approval from a society that will never give it to them. Carol decides she doesn’t need Kree approval and moves on while Yon Rogg desperately wants that approval even though he’ll never get it. It would’ve made an interesting dynamic and made Yon Rogg more interesting. Which is a shame since Jude Law is wasted in this movie.

blending in on C-53: a guide by Yon-Rogg 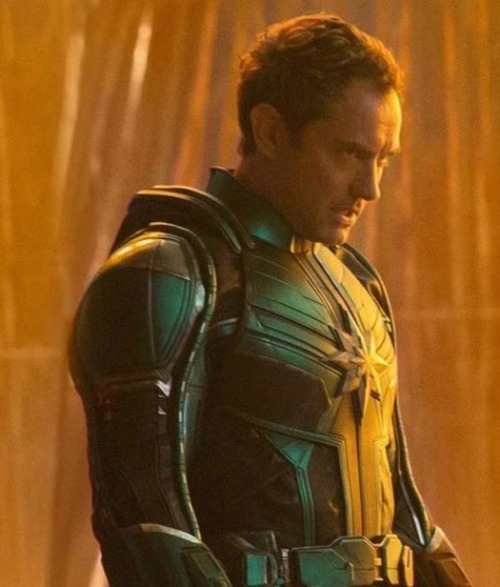 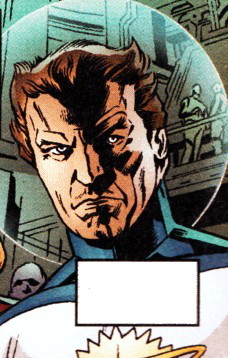 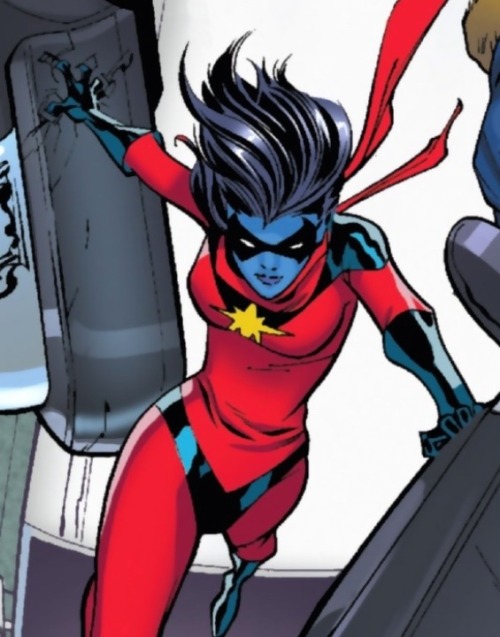 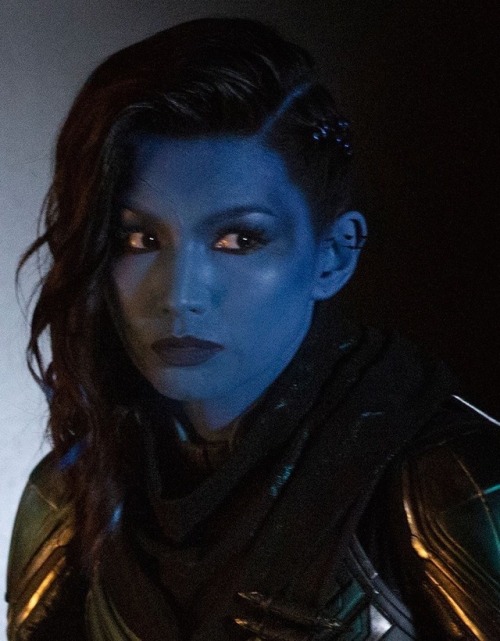 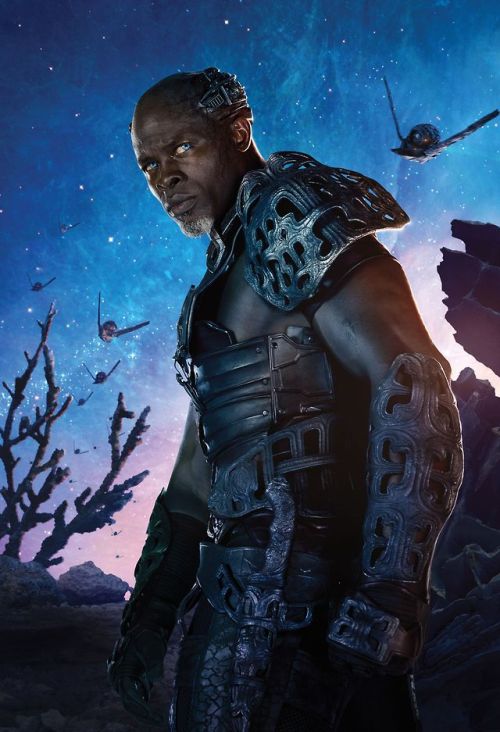 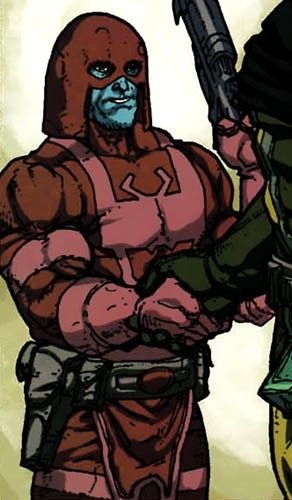 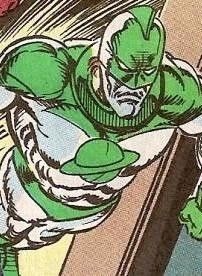 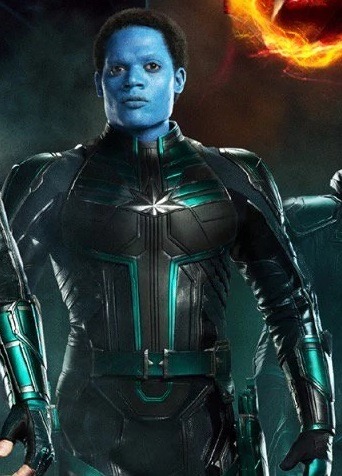 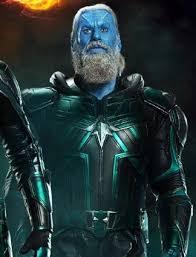 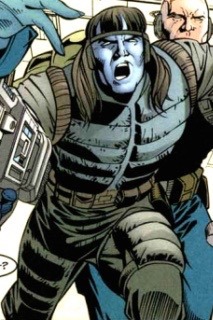 365 Marvel Villain paper cut-outs - one villain, every day, all year.

Many centuries ago, at the heights of the Kree/Skrull War, Kree military intelligence came to learn that The Skrulls were close in creating a Cosmic Cube.  Knowing that such a development would surely turn the tide of the war, The Kree desperately worked to create a cube first.  To this end the greatest thinkers, scientists and generals among The Kree sacrificed their lives so that their brains might be used to formulate a singular mind.  The result was The Supreme Intelligence, an enormous sentient brain with the capacity for cognitive processing well beyond any singular being.  This Supreme Intelligence chose not to endeavor on creating a Cosmic Cube, knowing that it would be folly and bring ruin upon the Empire (as had been the case with The Skrulls in that their own attempts to generate a cube resulted in the creation of The Shaper of Worlds, a being that abandoned the Skrulls).  Instead, The Supreme Intelligence became the new leader of The Kree and served as such for many generations, guiding the empire in a cold and logical fashion.  Whist leading The Kree, The Supreme Intelligence had numerous encounters with many heroes, including The Silver Surfer, Captain Marvel, The Fantastic Four, Marvel Boy and The Avengers.  The Intelligence was destroyed at the culmination of the Kree/Shi’Ar War and a new version was later created after Ronan and The Inhumans defeated The Shi’Ar.   The Supreme Intelligence first appeared in Fantastic Four Vol 1 #11. 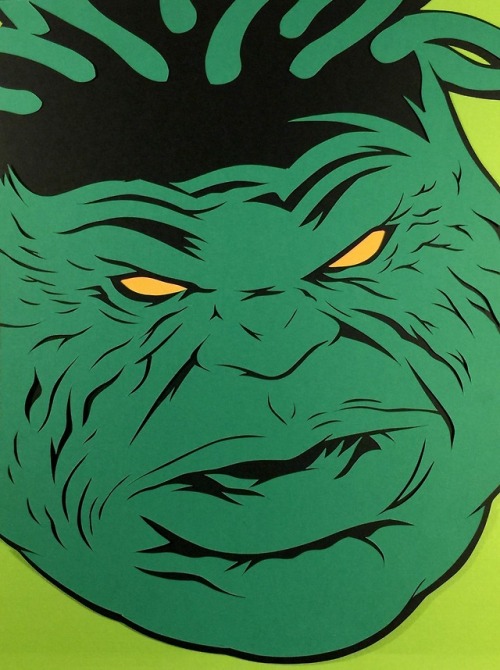 if the Kree’s Supreme Intelligence came back, who would each of the Avengers see? if it has to be the person they each respect the most then who would it be

like for Tony a part of me wants to say Pepper, since just about every teacher figure he had from his father to Stein ended up sucking. It could also be his mom for all we know, maybe the Maria Stark foundation exists in the MCU

for Steve it would be cool if it was Peggy. He clearly still has the photo of her he’s carried since World War II and Shield would not exist as it is without her.

for Natasha… I am not sure because Nick Fury would be the obvious choice but after “Winter Soldier” it is hard to say as she was shocked that he kept more at arm’s lenght that she expected to.

I am also unsure if T’Challa would see his father anymore after Black Panther. His mother or even his sister would be good choices but I can not be sure.

and that’s the thing, a lot of characters have had the people they respect the most turn out to be less ideal than expected, which is good because it proves that no one is bound to be perfect or that idealising someone is not a good idea but wherever or not they would see the obvious choice is now up in the air.

The only obvious one seems to be that Bucky would see Steve.

Why did the Kree seemed less strong in Season Five of “AGENTS OF S.H.I.E.L.D.”?  Why were they easier for the Humans to fight?  Hell, Drax could barely touch Ronan the Accuser in 2014′s “GUARDIANS OF THE GALAXY”.  Yet, Daisy Johnson was able to fight them in “S.H.I.E.L.D.” and Alfonso Mackenzie was able to kill a drugged Kasius.

What was going on there?

So in my Marvel encyclopedia, The Kree are holding this symbol that looks like the Deathly Hallows symbol…. 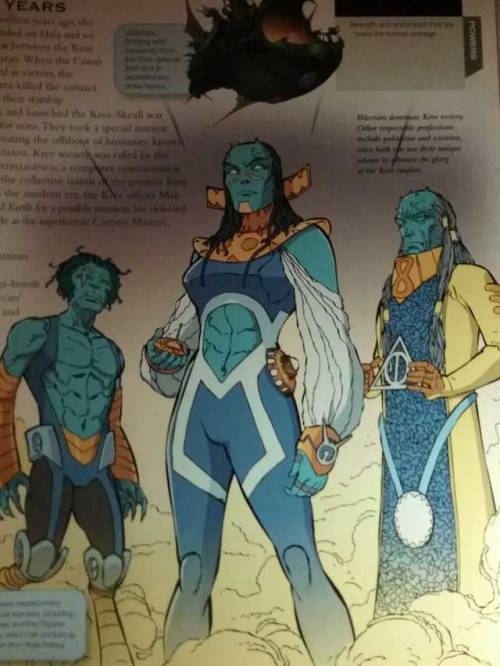 Seriously?? Why the fuck would you need a military force in space?? Is Thanos actually real?? Is Zarkon coming to steal our Quintessance?? Are the Kree and the Klingon’s making a pact and coming to fight us?? Are the Cybermen and Daleks coming back?? Fuck I knew Doctor Who was actually a documentary

AoS team IN SPACE: “we’ve been fighting these alien guys, the Kree, under the command of some creeps called the house of Kasius, so it’s been a busy time for us all”

SHIELD team left back on earth: “Wow, that sounds dangerous. What do they look like so we know what to expect in case they come back?”

#agents of shield, #aos, #the kree, #honestly, #i can't stop making fun of them, #i love aos but that make up is fucking ridiculous
1 notes · See All
clarisimartText

Shout out to the Kree in Agents of SHIELD for being the best Kiss cosplayers out of this Earth.

#agents of SHIELD, #aos, #the kree, #honestly the make up suuuuuucks, #specially the kasius fam, #it seems like they had 2 dollars of budget this season
8 notes · See All
godzillafan122Text

Yo its the Blue Man Group! (The Kree)

It’s possible that buying children wasn’t the common practice, but instead something the Kree did with a few members of a species they didn’t have much prior experience with, for experimental purposes. We know the Kree definitely had a historical interest in modifying other races for combat, given the inhumans. Since Yondu, Rocket and Nebula are all equated, both in film and bts, as having suffered similar levels of abuse, and both Rocket and Nebula’s trauma involved heavy modification from childhood, that makes sense to me.

Alternatively, Sci-fi tech might account for the Kree expecting to keep control of a battle-force trained for years to be dangerous, but also horribly mistreated. Brain implants, trackers, drugs etc.

I’m not sure that it really holds up from a realistic worldbuilding perspective, but I tend to think of the Kree as pretty space-Spartan, and their slaves as space-Helots - state-owned, mostly not battle focused, but with military functions/military subsets. Maybe not with family units, although again that could be Yondu being an unusual case.

It was announced by Marvel head Kevin Feige that the upcoming Captain Marvel film would be set in the 90’s, and would feature Nick Fury and the highly requested Kree/Skrull war, introducing the Skrulls for the first time.