Trending Blogs
#the last of us part 2
saltlakecrewPhoto 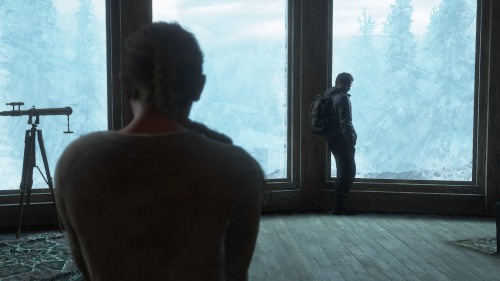 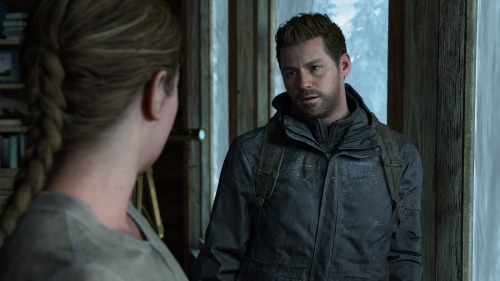 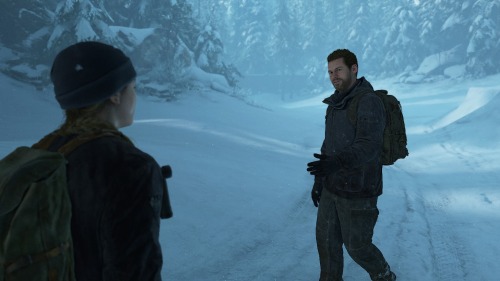 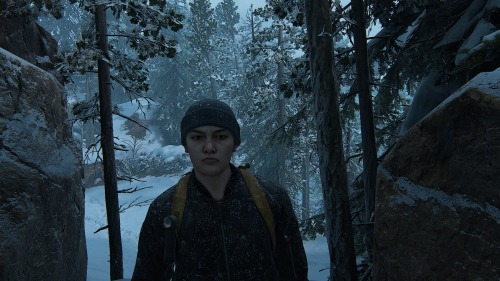 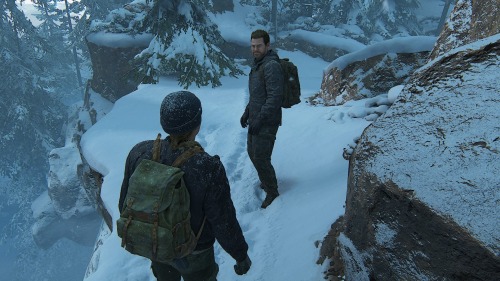 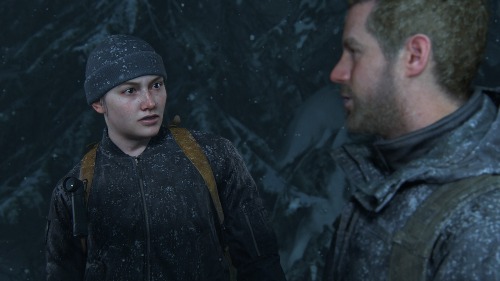 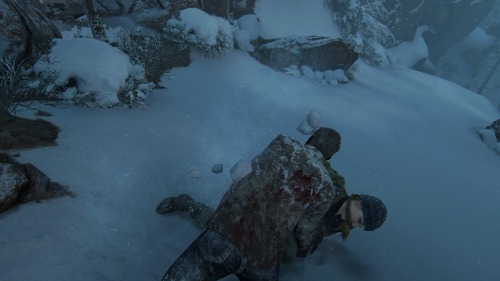 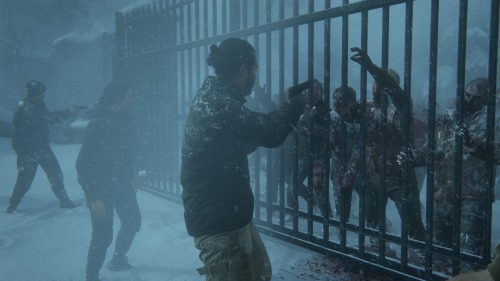 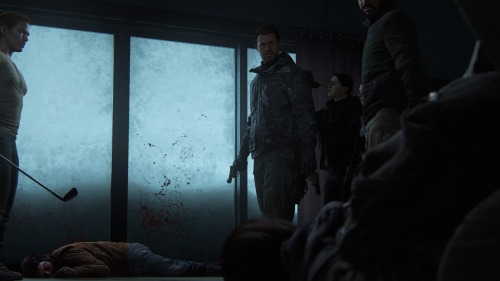 Back to where it all began. 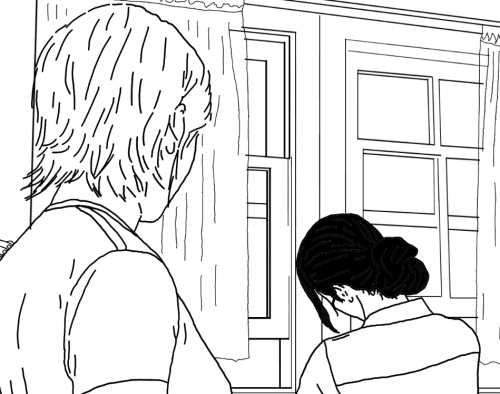 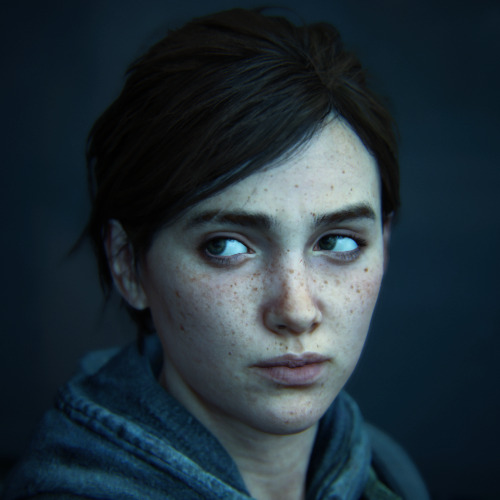 Time for Abby from The Last of Us Part 2🥰 The long overdue 2nd half to my Ellie portrait.
This one also hurt to paint 😢As much as I love Ellie, I found myself quickly growing empathy towards Abby and getting pulled into her journey just as much, if not more than the latter. My heart can’t deal 🥺 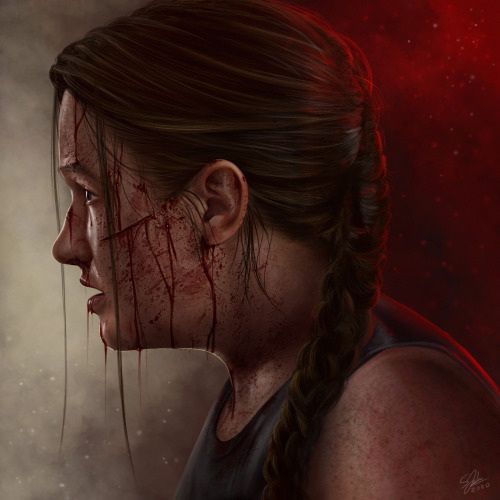 Abby leans against her bulky backpack, tries to force it to become comfortable. It won’t. She folds her arms over her chest, sighs.

The fire’s almost too hot, too bright; Lev throws another dry, brittle log into the flames, and the shadows jump and flare on the gray, rocky walls around them.

Lev drops down heavily, glances at Abby. He shrugs off his own bag, leans back against it. Folds his arms over his chest.

Abby wishes he would stop doing that. Wishes she could make him understand that of all the people in the world he should be imitating, should be learning from–she’s the absolute last. The worst. The most terrible.

And yet, every little copied gesture also makes her desperate to change that.

Maybe, if she tries hard enough, she’ll be the person Lev thinks she is–someday.

The bad things can’t be undone, but the good things–those have to count for something. Don’t they?

Not that she’s particularly interested in redemption. Some things just aren’t redeemable. But being what Lev needs, protecting him from the shrieking madhouse of this world–that she can keep doing, one day at a time.

“Man…” Abby finally says, “I would kill for a hot dog right about now.”

Lev looks up at her, and his face is some mixture of confusion and horror.

“What? No,” Abby sighs with exasperation, “Not hot dogs. Hot dogs.”

She holds her hands up, mimes the eating of a hot dog, but this only seems to increase Lev’s concerns.

“You put them in a bun,” Abby insists, “And put ketchup on them. Manny used to–” She pauses, struck with the loss again, “Well, Manny used to put pickles on his, whenever we had a fresh batch at the FOB.”

“What the hell, Lev…” Abby sighs, “Someday, I’m gonna find a hot dog for you. Hot dogs and pickles. We’ll eat, like, a hundred of them. It’ll be great.”

“But…they’re not…it’s not made of…” Lev pushes hesitantly, “…dogs?”

“No, Lev,” Abby sighs, scrubs a hand over her face, “No…it’s not made of dogs. There are no dogs involved in any way.”

“Cool,” Lev says with a similar sigh, “Hey, maybe I’ll understand if you show me again how you eat them–”

“Like this–” Lev does a bad, exaggerated interpretation of Abby’s overwrought miming, and begins to laugh at his own joke.

“You’re not as funny as you think you are,” Abby tells him defensively, but a grin hitches at the corner of her mouth, against her will.

“Still funnier than you,” Lev sighs.

Ellie in her hoodie

actually now that im watching it again i think it wouldve been better if nd didnt try to keep abbys existence a total secret and dropped that trailer before release. most ppl wouldnt be completely blindsided by the perspective shift, there would be less whining about false advertising and “fridging beloved characters” or whatever the fuck, and it would be so fun to speculate on how abbys and ellies story intertwine and what happens and why. maybe just throw out the joel scenes to keep that a bit more under wraps and bam, ur a lot more honest with ur trailers while still keeping the story vague and not introducing a new protagonist seemingly out of nowhere

#shitpost, #i guess he does have his clinic then?  ok--weird shit lol, #new higurashi be like: we're writing irie OUT or writing him awkwardly in and there is no in-between, #at least he didn't say anything shitty in this episode lol, #i lowkey love the version of irie that exists in the subtext of higurashi (aka his actions lol), #but i hate hate hateeeeeeeee the things they make him say sometimes.  feels almost like a character-meme, #the real irie is in there screaming to be let out, #ASOKDFJSL I PROMISED I WOULDN'T RAMBLE ABOUT IRIE AGAIN FUCK, #anyways the rest of the ep was alright, #i liked how rika was handled and focused on, #it was sort of another episode of 'here's a bunch of stuff you know', #with a FEW added parts or changes but like...not quite enough this time imo, #so not as much is grasping me tehse last 2 eps, #BUT i will say seeing flashback of rika waiting for satoko coming home, #and satoko going to get her stuff, #and letting us see rika's horror in that moment...that was good, #and keiichi's DREAM is interesting but only if it makes him actually do something different
1 notes · See All
eijiroukiriotText
#OKAY OKAY SO LIKE...., #I WAS HANGING OUT W A FRIEND FOR LIKE ALL OF LAST NIGHT, #SO FROM LIKE 9 TO 1:30 I DID NOT CHECK MY PHONE, #AND THEN I OPENED TWITTER ONCE I WAS IN BED JUST INTENDING TO WIND DOWN FOR A FEW MINUTES BEFORE GOING TO SLEEP, #AND MAYBE SEE IF THE SPOILERS WERE OUT, #I DIDN'T EXPECT THIS!!! AAAAA!!!!!!! AAAAAA!!!!!!!!!!!!! my BOY!!!!!!!, #every time something positive happens w bkg in the manga my default reaction is just I'm Gonna Cry Now, #i didn't actually cry but i did stay up another half hour overwhelmed w Bkg Love, #my full thoughts on the name!! are that i like it!! i mean gz wasn't going to happen and we knew it, #and half of us were using names like nitro/detonate/etc etc anyway, #so it's a little cheezy but doesn't feel ridiculous, #and honestly the might (the cheesiest part) is a nice touch, #a name is a wish? right? that was the point?, #in theory dynamight sounds like something he could've picked w no thought at all in 2 seconds, #but the fact that it's like...you know...the man who ended all might taking on his legacy and his name in his own way, #and then there's the parallels w deku choosing those kinds of names as a kid, #but dynamight is equal parts bkg as bkg and bkg as a successor, #like combining something unique to himself w the dream he's always chased, #i like it!! i think it's nice and honestly most of all i'm happy to know it, #depending on how this arc goes hero society might crumble before he can ever use it but you guys have to know i am proud of my boy, #thoughts, #tab
131 notes · See All
may-death-be-swiftText
#the amount of manchildren that get angry at this game is beyond me, #the last of us 2, #tlou 2, #abby anderson, #the last of us, #the last of us part 2
4 notes · See All
stop-right-there-criminal-scumVideo

Abby gets her trailer, as she should! 😌💕

Dry my eyes on the back of my sleeve–

“Memory rushes in, then washes you away.

I am losing you to the sea.

You just could not last forever, could you?

You just could not last for me.”

The Aquarium is really “jaw-some”