“How many of you are there?”

“How many people have you killed?”

I bet someone else caught this already and I missed it, but this reminds me of The Walking Dead and Rick’s three questions: “How many walkers have you have you killed? How many people have you killed? Why?”

“Horses are even gayer than Subarus” 💀

I want what they have

the last of us character study; ellie williams.

there are a lot of ways that i could explain how much ellie means to me. but i don’t really know how. she’s such a complex character and i feel like i know her so well.

she’s one of my favorite characters out of anything, ever. she’s just amazing and her story has always been a favorite of mine.

tlou part two broke me because of all of the ellie content lmao. she’s really brave and smart and just- she doesn’t give a fuck. i love her :)

anyways, go play the last of us one and two if you haven’t already.

The Last of Us Part II artwork by Mat Roff

This is why you should never listen to hate first opinions on films, games, or shows, and just form your own opinion on things cause TLOU 2 is a masterpiece that deserves all the hype.

Lisa reminds me so much of Ellie from the Last of Us (part 2) as in looks. But I think Alex is more like Ellie in terms of personality…

I played TLOU Part Two in the summer. And honestly I still don’t know how I feel about it. 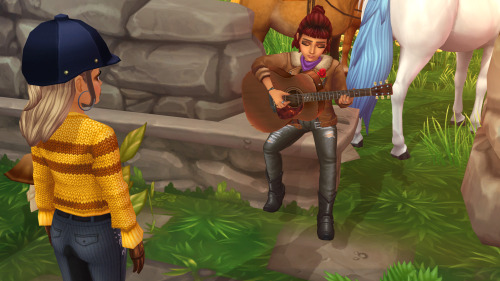 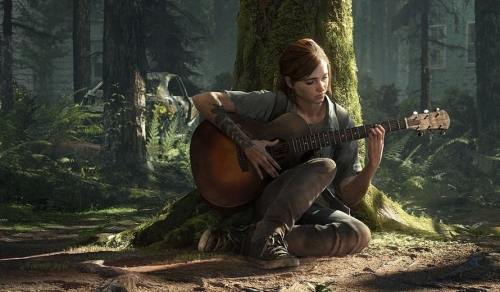 What happens when you and your best friend talk about Tlou 2 and get sad? You write something. So here’s a little drabble that is probably bad but made me cry (yes i make myself cry). Enjoy or not

He was finally here.

Dina had gone into labor a while ago, Ellie doesn’t remember the exact time but she knows it was a while back. Ellie was washing the dishes in their little farmhous as Dina was talking with Jesse’s parents. They were staying over as Dina was due soon and they didn’t want to miss it. Who was Ellie to deny them the chance to see their grandchild’s birth. She wished Joel and Jesse were here.

Time stopped having meaning when Dina’s water broke. The time seemed too long and barely existant at the same time. Ellie stayed by her side the whole time and tried to distract her girlfriend. She told her jokes and played the guitar for her. She remembers that time where she played the guitar to an injured Jesse.

Then, before she knew it, it was time. Ellie held Dina’s hand the whole time. Ellie doesn’t know much about births, but Jesse’s parents does and she is so grateful for them at this moment. She remembers when she held Joel’s hand as Maria cleaned her self-inflicted chemical burn.

Ellie is pretty sure that her hand is broken, but it doesn’t matter in the end as she’s holding her son for the first time. She places her son in Dina’s arm. Their son (He looked so much like Jesse). She remembers when Joel told her how it felt when he first held Sarah.

As Robin, Jesse’s mother, was holding their son, she asked them what his name was going to be. Ellie still hasn’t stopped looking at her son, even from her place next to Dina on the bed. Dina looked at Ellie and smiled. “Jesse Joel Williams”. Tears gathered in Ellie’s eyes as she looked back at her exhausted girlfriend. She remembers a night where she got drunk with Jesse and he had told her that he would name his future son after him because he’s perfect and so would his son.

As she held her girlfriend and son close to her, no images of Joel’s broken body nor Jesse’s dull eyes made an appearance in her mind. Only the good memories of them. She misses them, but now they live through her son.

“To the edge of the universe and back,