#zheani, #fear is the mind killer, #the line censored, #i wont sell my soul, #faves
26 notes · See All
oxenfirePhoto

my robokitty oc whom i created for… raunchy purposes……. but here is him in some namilia clothes i thought would look cute on him :-) 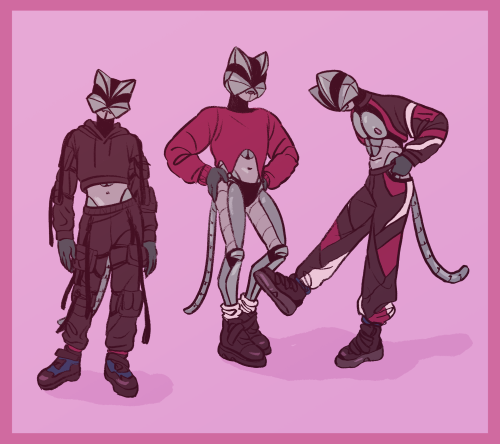 #i would post the censored versions so yall could see more of him but., #dont want my account to get locked again lol, #he doesnt have a name yet :-(, #does have a bf tho!, #oc, #digital art, #lined
9 notes · See All
dogandroses-aText

The cyborg crossed his arms as he looked away, jaw clenching. He did not want to go into the topic, especially to a child of all things. Not that he cared, kids played violent games anyway, it was more the fact that children often pried into things they shouldn’t and never accepted no as an answer. “When this happened, they took my heart and replaced it with a Thirium pump. I had to have an extensive operation to alter how my nerve system worked and they weren’t sure I would live after it.” Maybe it was more than what the child was asking for but this was what a child got for asking things they shouldn’t.

#Verse || Half human || Half Machine || Cyborg Connor, #Young and Innocent || Cole, #Stern does not like kids, #Nor censors himself, #And is not comfy with this topic, #So all together you get a less than kind boi, #DBH, #anderson-residence, #Wait in the Line || Queue
0 notes · See All
jewishtkAnswer

I’m kidding, but that song is SO good what the fuck. I loved this line so much: “and the people bowed in praise to the neon God they made”

#answered, #I didn't censor gd since that line wasn't referring to the Jewish gd lmao
3 notes · See All
Next Page