Trending Blogs
#the lord of the rings
madamebaggioPhoto

“I’ll decide that. Show me your face.”

“Those are dark times, my lady. You shouldn’t be walking around alone.”

“Trust me. I’m not doing this because I want to.”

“Then why are you here?”

“Now, why should I trust you?”

The Hobbit: The Desolation of Smaug

“Nine he gave to Mortal Men, proud and great, and so ensnared them. Long ago they fell under the dominion of the One, and they became Ringwraiths, shadows under his great Shadow, his most terrible servants.”

When we look at the greatest characters in the Lord of the Rings, Aragorn undoubtedly makes the cut.  For starters, he fits into Tolkien’s narrative flawlessly.  One of the primary themes in the trilogy is the importance of mercy.  Aragorn constantly practices this virtue, and it is one of things that makes his character so great.  He is consistently forgiving and patient.  Unlike Gandalf, he does not lose his patience with the hobbits, even when they are suspicious and rude towards him.  Despite Denethor’s selfishness and the fact that he and his sons are literally taking Aragorn’s place, Aragorn holds no grudge towards them and even works to save their lives on various occasions.  When Boromir confesses his temptation to steal the ring, Aragorn offers him the consolation of mercy before he dies.  Another one of the themes that Tolkien placed in the Lord of the Rings was the idea that a person’s honor and value could be found outside of battle and great deeds.  Aragorn spent the majority of his life as a reclusive ranger.  The virtuous man that he is during the War of the Ring was built by an everyday struggle to do the right thing.  In that way, Aragorn is also an incredibly relatable character. Like us, he spent most of his life without the chance to do something truly great.  But when the moment arrived, he truly did have what he needed.

Another thing that makes Aragorn so fantastic is the way in which he prioritizes the individual.  At the beginning of The Two Towers, he makes the decision to rescue Merry and Pippin rather than journey to Gondor.  Later, he takes the time to console Eowyn despite the fact that there are far more important matters at hand.  In The Return of the King, he devotes his first hours in Minas Tirith to healing Faramir, Eowyn, and Merry.  Aragorn understands that one of things which distinguishes good from evil is the way in which it prioritizes people.  To Sauron, the orcs are dispensable creations with meaningless lives.  Aragorn, however, never treats any life as worthless. He finds time to treat everyone with compassion, and that is one trait which makes him a great king.

Another thing which makes him a great king is the value that he places on hard work.  Unlike Boromir and Faramir, Aragorn was not born into a life of privilege.  He had to work hard and get dirty content himself with the ordinary before he could go on his “quest.”  Aragorn also shows himself to be unafraid to practice what he preaches. This is, of course, evidenced in the (somewhat imfamous) line: “Then I shall die as one of them!”  But seriously, think of what a change this was for the people of Gondor.  Their previous ruler was a self-obsessed, mentally unstable old man who stayed secluded in his tower eating tomatoes like a psychopath.  Then Aragorn shows up, his single priority to save the lives of the people in the city, no matter the personal cost.

The last thing which makes Aragorn really stand out as a character is the way in which he embodies what masculinity is truly meant to be. Aragorn consistently displays the more typical traits of masculinity (strength and courage) but he also blends them with the equally important virtues of compassion and sensitivity. His top priority is to protect people and show them love.  He shows this in the way that he deals with Eowyn’s affection and Boromir’s death. He declines Eowyn gently rather than callously.  He openly weeps over Boromir’s death, showing that there is no shame in loving people. Some of his most memorable moments are not in battle but in the Houses of Healing.  His desire to protect those around him is not prideful or suffocating; it is heartfelt and selfless.  And THAT is why I love Aragorn.

Sansa arched an eyebrow. “What?”

Éomer smirked. “Can’t I look at my wife?”

“I suppose you can, but why are you looking at me like that?”

“You’re looking at me like you’re about to pounce.”

He shrugged. “Perhaps I am.”

She didn’t look impressed. “Not in the middle of the hall.”

His smirk grew. “Does that mean I can pounce on you later? Maybe in our room?”

He put his hand on her waist and pulled her closer. “Is that a ‘no’?”

She put a gentle hand on his chest. “I’ll tell you later. In our room.” 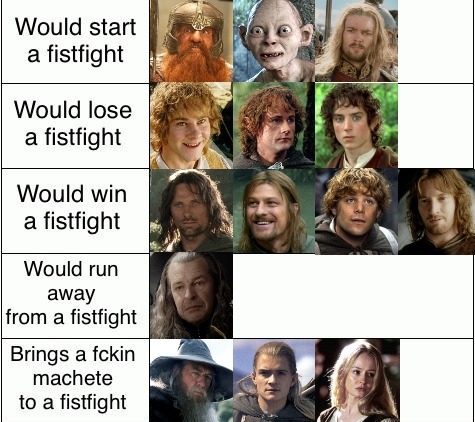 Anyone an expert in this language or know any reliable resources to learn?

What would be the sindarin translation for these?

- The Fire-Dragon Clan
- The Dragon Riders 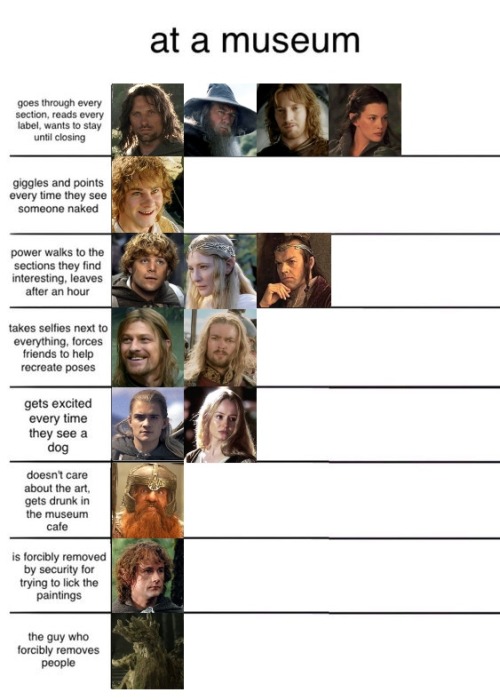 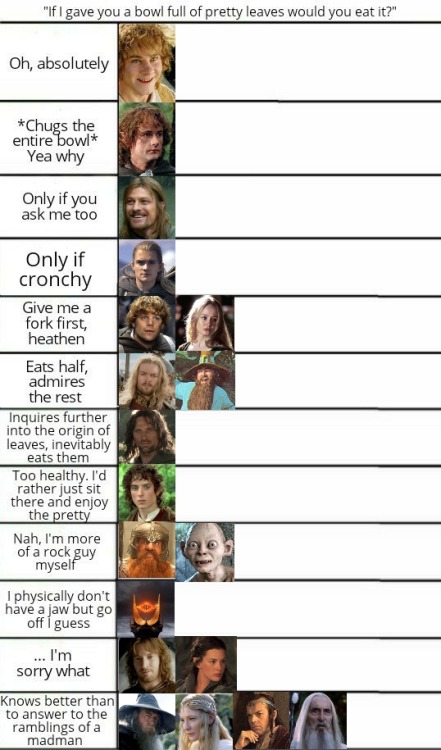 Gollum from The Lord of the Rings and The Hobbit is in my mind one of the best CGI characters ever created for film. Andy Serkis gave the best performance in the entire series in my mind and it makes me happy that he’s since gone on to be one of the most successful actors to have worked on the films. 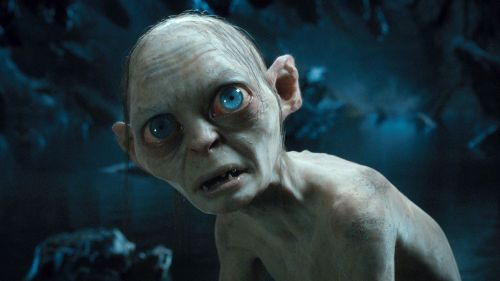 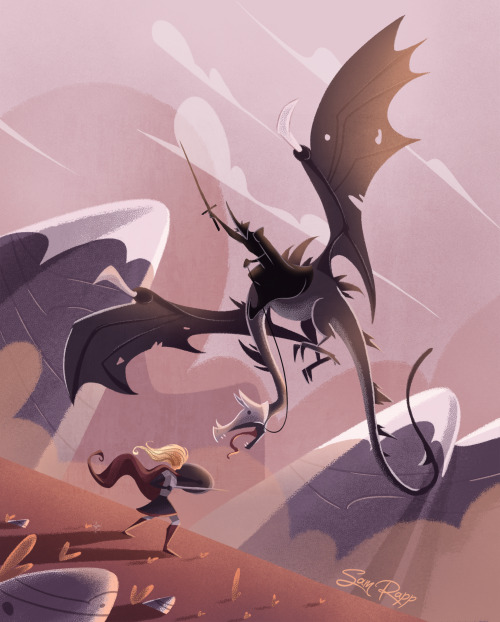 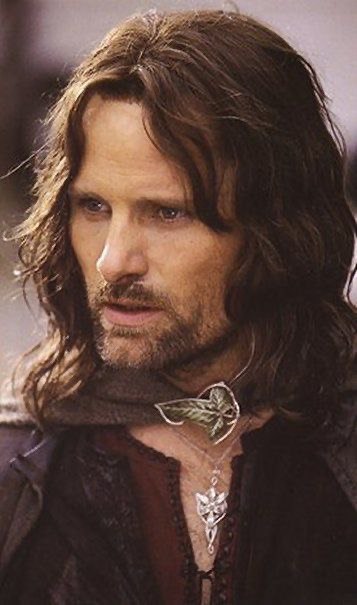 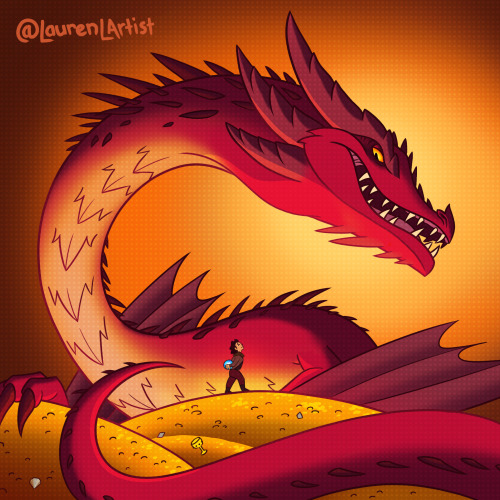 All that is gold does not glitter,
Not all those who wander are lost;
The old that is strong does not wither,
Deep roots are not reached by the frost.
From the ashes a fire shall be woken,
A light from the shadows shall spring;
Renewed shall be blade that was broken,
The crownless again shall be king. 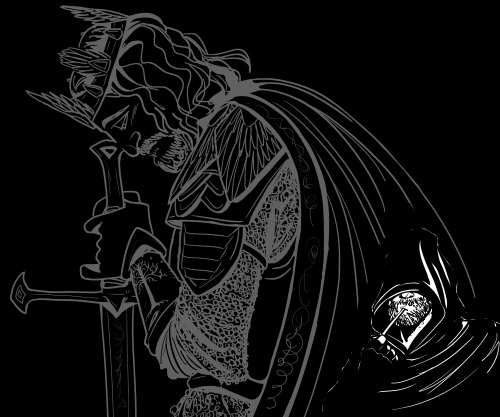 What if Boromir lived…. and Aragorn saw them again…and they both kissed…. hahaha just kidding…….

Newbies and oldies have just been added and restocked on the shop! All prints, pins and original artworks are on sale until October 31st! 🎃🍂

Thank you all so much for the constant love and support 🌷 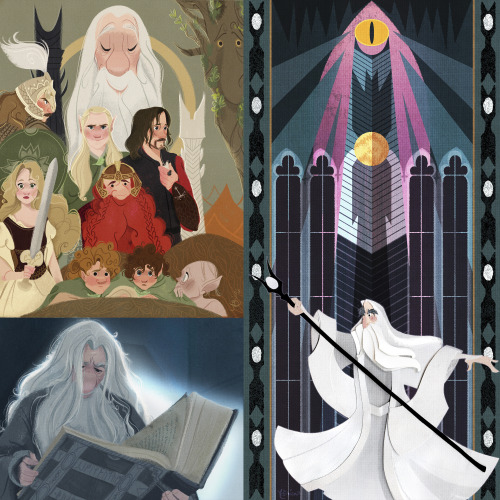 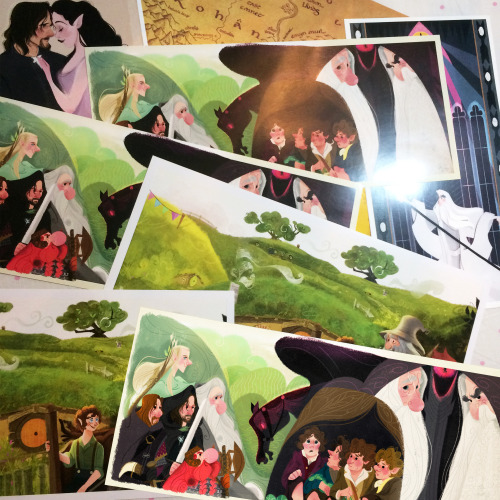 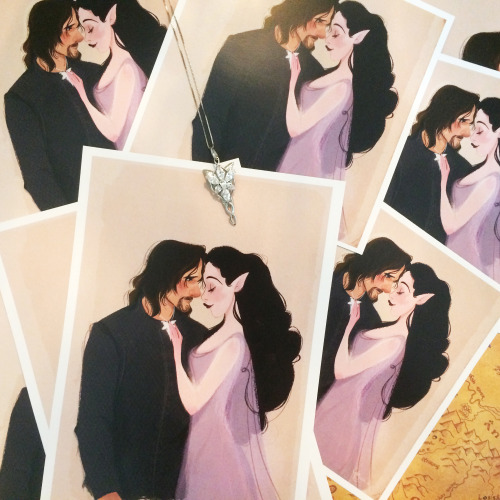 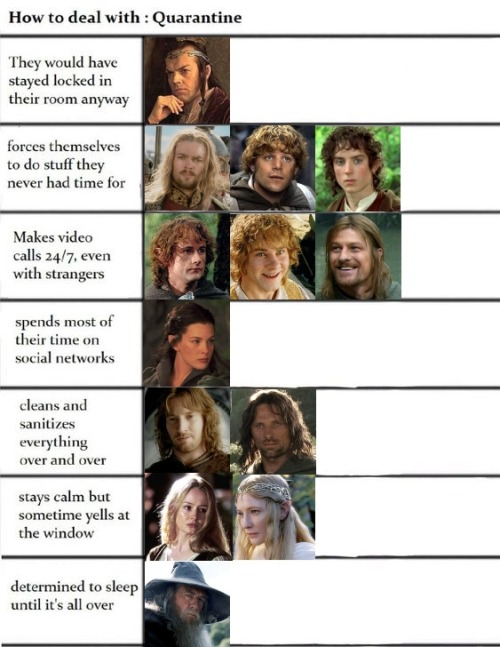 “A great dread fell on him, as if he was awaiting the pronouncement of some doom that he had long foreseen and vainly hoped might after all never be spoken. An overwhelming longing to rest and remain at peace by Bilbo’s side in Rivendell filled all his heart.

At last with an effort he spoke, and wondered to hear his own words, as if some other will was using his small voice.

– J.R.R. Tolkien, The Fellowship of the Ring.

Happy Anniversary of the Council of Elrond, Tolkien fans!

#the lord of the rings, #the fellowship of the ring, #JRR Tolkien, #tolkien, #fantasy, #anniversary, #the council of elrond, #october 25th
2 notes · See All
Next Page