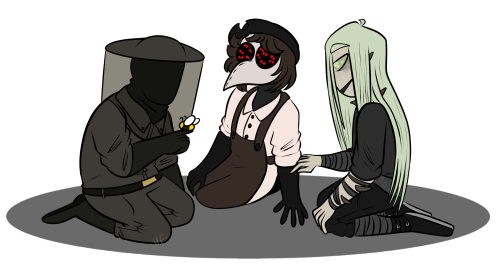 The fun thing about listening to the Magnus Archives is automatically categorizing everything into the Entities.

For example, someone just rode past my house on a bike (it’s nearly eleven pm currently) and my first thought was “Here comes the Stranger”. Why did I automatically jump to the Stranger? Not sure on this one, but whoever it was was definitely an Avatar of the Stranger and nothing can convince me otherwise.

i have to accept that being on the ace spectrum, it will be harder for me to find someone. it felt amazing to finally figure out who i am and why i ran from so many opportunities to gain “experience”, but this is another hurdle i didnt see coming. as someone who struggled with finding relationships before and at almost 20 years old has never been in anything that even resembles a relationship, i didnt want another hurdle. i gave myself so many before i decided i wasnt heterosexual. now to add to it theres a worldwide pandemic so the only form of dating i have is tinder and well, we all know what tinder is usually used for. sure my bio says “biromantic asexual” as if it doesnt mean anything different than bisexual and people still ask me for sex because theyre ignorant to asexuality, and it hurts. i dont blame them for not knowing, asexuality isnt really a mainstream thing.

i noticed i get less matches when i put “asexual” on my profile. i understand why, but its so frustratingly superficial. maybe its because my brain is not built to understand but so many things revolve around sex - and i dont get it. im comfortable with the fact that i dont want it, it scares me, the thought makes me uncomfortable, and i fully embrace my asexuality. but why does sex still affect me so much? why does it send me into thought spirals and late night thoughts of

this weirdly poetic post of me dealing with my sexuality was sparked from me ruining a possible blooming relationship, with a man who was so dearly respectful of me and my boundaries. we only messaged over tinder, but i still managed to ruin it. how do i keep piling up hurdles in front of me and potential relationships - and why do i care so much? i didnt know where this man lives in my city and chances are. in a city of over 1 million people, i will never ever see him in person. if i did i definitely wouldnt recognize him. so: why do i care?

maybe i care because i no longer want to answer “do you have any exes?” with the word no. maybe i care because its a societal expectation that by the time you are 20 you are supposed to have run through people like theres no tomorrow. or maybe its something entirely different. i dont wish i wasnt asexual, im very proud of myself for figuring it out this early. i do wish that sex wasnt such a motivator for so many people. i think i just wish our society was built different, but then again, dont we all?

Oh my gosh I loved doing this fanweek so much, I will definitely be writing a lot more Tim and Danny content soon

Danny pulled his hair back into a ponytail and smiled, he threw on his jacket and stepped out of the bathroom where Tim was waiting for him on the couch.

“Finally! I was worried we were going to be late,” he gently elbowed Danny and pulled him out the door to their car.

Basira was the one to open the door when Tim knocked, she smiled and let them in.

“Hello, you two are the last ones here,” she said as she closed the door behind them, “besides Martin, but he should be arriving soon. Did you bring some snacks?”

“Of course we did,” Tim grinned and gestured behind him to Danny, who was showing off a platter or fruit tarts.

“Did Tim and Danny show up?” Melanie’s voice called from the main room as they walked in. She had her feet propped up on the coffee table, her cane leaned up next to her, and some new colorful sunglasses that Georgie had helped her pick out.

“Yeah,” Basira grinned and took the plate from Danny and set it on the table.

Tim had walked over to say hi to Jon who was holding the Admiral over in the corner.

“Okay,” Georgie looked down at her phone and addressed the group, “Martin should be arriving in a few minutes, everybody get ready.”

“Hey Georgie, you said it was something important?” Danny grinned when he heard Martin’s voice coming from the entryway.

“Yeah, something’s weird in the living room, I thought maybe you could help?”

“Just come on!” Georgie giggled and pulled Martin into the room.

She flipped on the lights and everyone jumped out and let out a chorus of “surprise” and “happy birthday Martin!”

Jon and Tim ran up to their partner and gave him a hug, Melanie threw some confetti into the air around her, Georgie was passing out party hats, Basira was bringing the presents they had all gotten out, and Danny was carrying a fruit tart over to Martin.

Martin smiled and wiped away at some of the tears that had formed in his eyes, “you all did this for me?”

“I just,” Martin paused and looked at all of the people standing in the room with him, “thank you.”

An Annabelle Cane for the soul.

not a sketch i hope you forgive me! 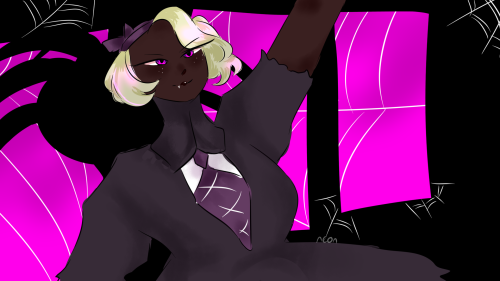 Thank you all so, so much for making stoker week fantastic. It went above and beyond my expectations and absolutely made my week. I was very hesitant and nervous with all the strange people talking about trashing it, but I’m happy to say it came through absolutely perfectly!

In celebration, I will be making pieces for each day next week, and posting them here. I will be reblogging late posts throughout the week and getting my team to work more on the ao3.

Thank you to everyone who participated, I adored every piece of fanwork, fanfic, art, even a playlist! Each and every one was absolutely fantastic.

Thanks to my mod team for being here the entire time, and helping with everything!

So brings Stoker Week to a close. See you all next year!

Necrozma from the Pokémon Franchise is an Avatar of the Dark! 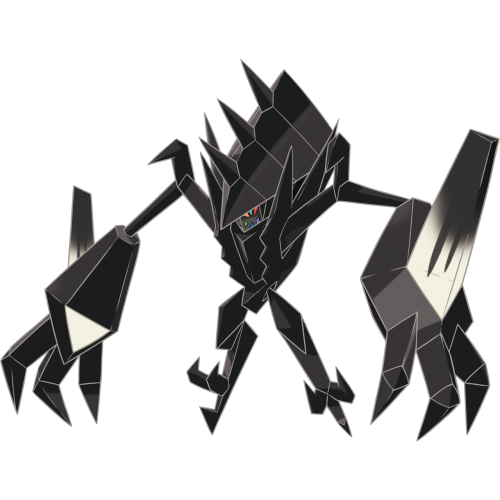 (”Why are you just sitting there watching/listening/reading???” Because it’s fiction, you’re not real, there’s no one to actually save. NEXT)

Scared to continue TMA ngl… I wanna catch up to the recent episodes but am I ready for the pain?

I will never get over how we all just decided, as a fandom, that Martin likes to knit and wears his own handmade knit sweaters. He has never once mentioned knitting in the podcast. We just saw a tubby man who likes tea with simmering anger behind his nervous smile and decided he has Peak Knitter Vibes.

but are they, you know, [fabric rustles] together?

Au where Jon heard the tape Gertrude left for the future archivist and immediately plays it to his assistants but instead of doing whatever they were supposed to be doing they decide to just fuck around because hey! Job security! And jon loosens up a lot and it turns out that he was a little shit all along and martin unleashes his inner chaos gremlin and tim ends up soaking the entire archives in water because he turned on the sprinkler system for shits and giggles and sasha invents an elias annoyer (see: a giant rotating pole with eyes on it that they spin really fast so elias gets real dizzy whenever he tries to Watch them) and everyone’s happy and nothing hurts 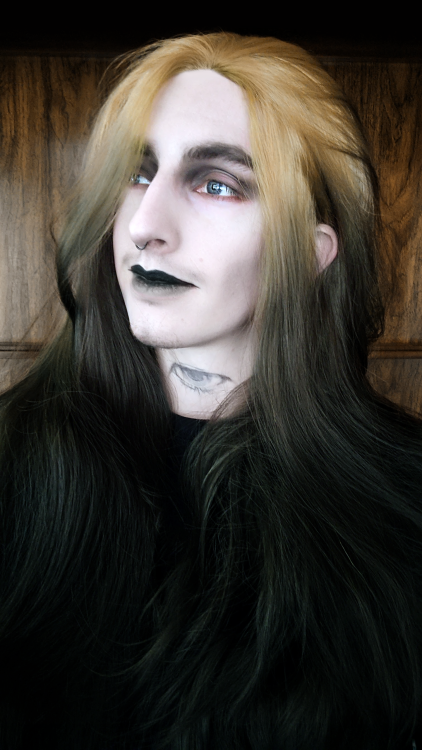 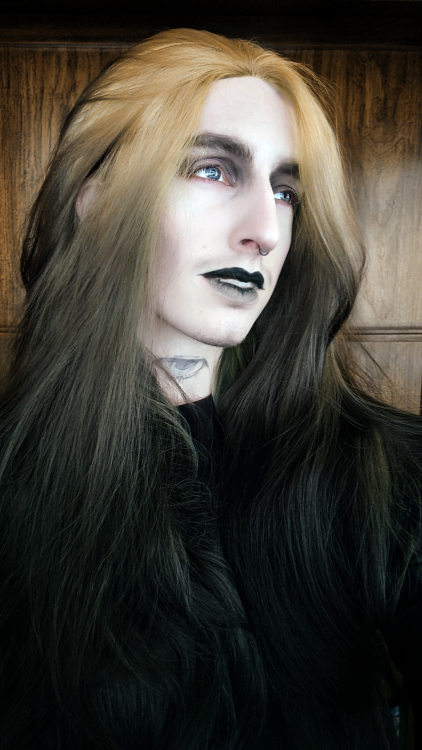 oh wow it’s been a while, huh? 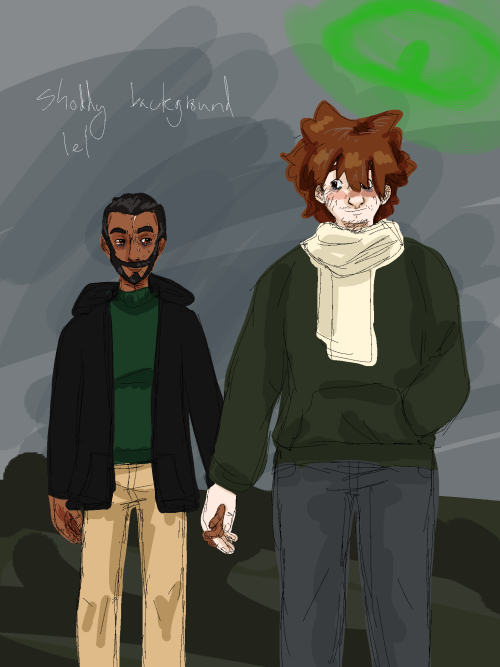 guess who has been listening to magnus archives

My gender is Jarchivist fanart