(i am COPING after today’s tna chap)

#needless to say i got. i got gut punched, #catch me turning the stabilizer on high cause i was SSHHAAAKKKINNGG, #dips my toes into the cs fandom again quickly. just a second. okay bye, #oc, #the magpie, #im so sorry man i dont have the special characters for his name on my laptop rn deep sigh, #i LOVE HIM, #BIRD BOY???!!!!!!???\, #carmen sandiego, #carmen sandiego oc, #my art
32 notes · See All
dscgshauntinggroundText

#the magpie
3 notes · See All
owlcatchyoul8rText

But mostly the sassy gargoyles

#doodles, #gargoyles, #the magpie, #she gets a litttllleeee bit of and update too, #gargoyles = sassy rock cats, #convince me otherwise, #Myria
67 notes · See All
magsdominoText

“The Magpie is a most royal bird

black and blue as night

I would that I had feathers three

black and blue and white”

#donovan, #the magpie, #maggie shows off, #gpoy, #selfies, #there is white on my necklace
2 notes · See All
justmaghookitText

You may percieve me. Once

#lesbian day of visibility, #my face, #its me, #the magpie
78 notes · See All
cosmosquartzText

If you’re into lgbt and horror webcomics then I totally recommend it! 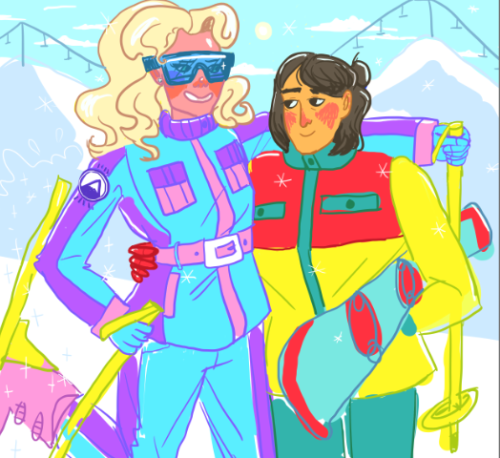 #the magpie, #amanda and trixie, #let them be happy, #let them go skiing, #the eighties were a time for skiing and fashion, #digart, #allart, #fanart
1 notes · See All
magpiesketchesPhoto

One of my goals for my next convention is to have a banner, so I threw together this little painting <3 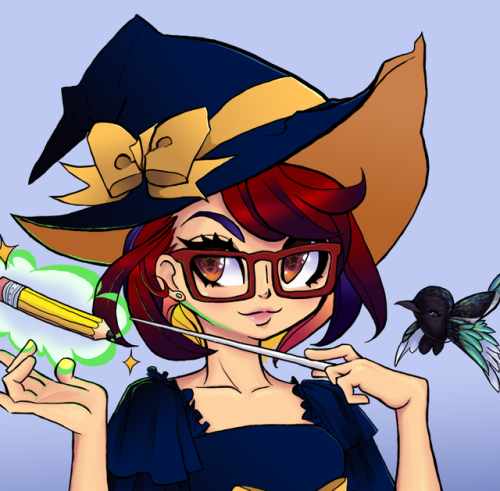 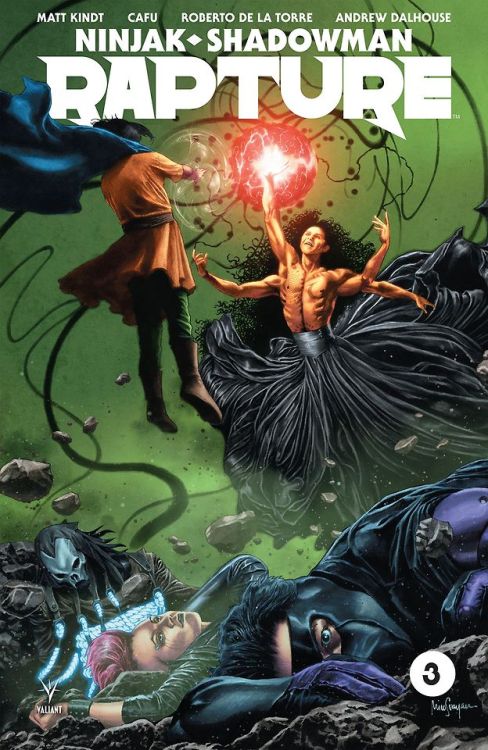 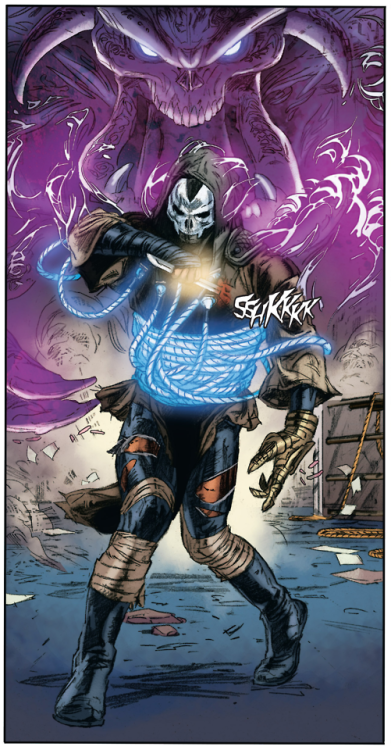 My Magpie merch I got from the kickstarter came today, it looked so pretty I didn’t want to open it. So happy I was able to help make this happen! @ursulaoctopus @bonesmckay

#the magpie
1 notes · See All
spinejackelPhoto 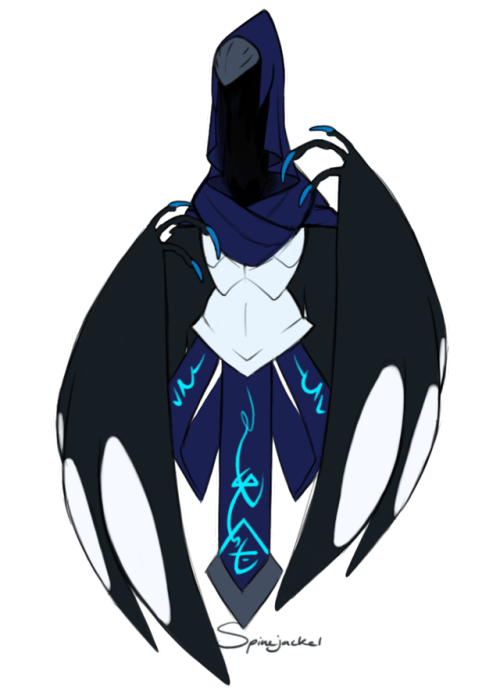 #my art, #my ocs, #the magpie, #reuploading it with a clean boarder
28 notes · See All
spinejackelPhoto

current focus in in the marvel fandom so it’s the mags with a random symbiote. 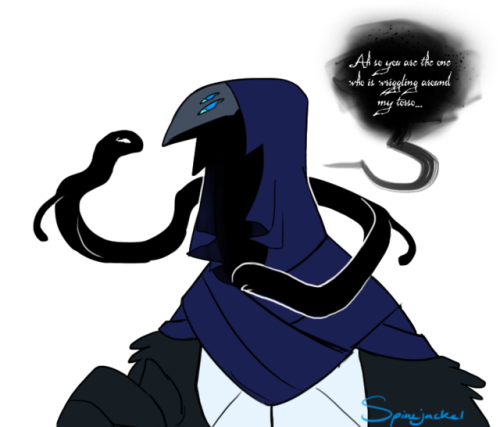 #my art, #the magpie, #my oc, #transparent
9 notes · See All
weareassassinText

Previously you followed me as I wandered down the character generation checklist for the Palladium Fantasy RPG. On my way to creating a version of The Magpie for the system.

As I went I mentioned that the Assassin Hand To Hand (HTH) skill was a big draw to the assassin class, but I didn’t say why.

In the Palladium system skills level up as the character does (fairly standard stuff). All the percentage based ones start with a base chance with a bonus per level. The ones that modify attributes don’t really improve much and you have to pick them again if you want to get the bonuses again. Weapon Proficiencies (WP) give different bonuses as they level up. One level you might get a bonus to strike (hit) and the next a bonus to damage, or an extra attack. But all these stack and they stack with all your other bonuses from weapon proficiencies. So if one level give you a +3 to parry, that’s parrying with everything. A bonus to damage is a bonus to all damage.

When it comes to HTH you get that but you get special attacks and other things that change the way that combat plays out. There’s even a whole game for the Palladium system, Ninjas and Superspies, that adds a bunch of mythical and real-world styles to the game engine.

The Assassin HTH was considered to be the ‘best’ HTH style to have and was the most difficult to get if you weren’t playing an assassin. Of course the assassin starts with it and can’t change (although later books do have additional styles, such as the Gladiator, that they can pick instead.

Fir the Palladium Fantasy version of The Magpie, I’m going to losely use the NPC write-up format as a basis instead of a character sheet. That way I won’t have to break out the drawing board and pen. I’m going to give you a 1st, 5th, 10th and 15th level versions of the character. Not just 1st and 15th.

The weapon stats are derived from the Compendium of Weapons, Armor and Castles, also published by Palladium Books, originally way back in 1981.

All that after the break.

5 hours left to support our kickstarter! We’re $163 away from getting funded! 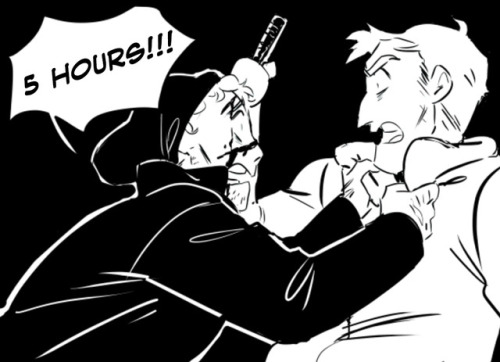 For those of you without long memories, back in the day I was planning to doing write-ups of The Magpie for different systems. But it fell by the wayside. However I’m making an effort to do more. But, instead of me going straight back the AD&D 2e character I was supposed to share with you… two years ago… I’ll try something different. Well a little different.

Let’s continue below the break.

8 Days Left in the Magpie Kickstarter!

We’ve only got a week left and we still have to raise a little under half of our goal. Any support is super appreciated!

Thank you to everyone who has supported or shared so far! You are amazing! <3 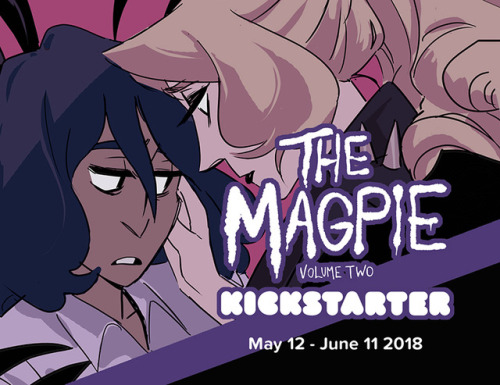 Just backed this project from an old friend!! Check it out and consider backing them!

For now, the threat has passed.

Most of our number - and such a number, scores of voices we heard - broke away into the night and disappeared as untraceable as they were when they arrived.

We must be far, far more cautious when we meet again.

But we shall meet again.

Go safely into the night, my kin- and listen for my call again.

((I am UTTERLY FLABBERGASTED by how many folks turned up tonight! I was shocked and stunned so I apologise for the slow start, but I hope everyone had a good time! Our first moot was a huge success with a dramatic finish, and the air of danger permeates as the revellers scatter into the forest to protect their identities and their very lives!

Watch this space! And thank you, all of you, once again for making this weird little idea of mine, and frantically thrown together pilot event, a roaring success.

As ever if you want to keep up to date, send me a message in game for a link to the LS, or send me a message on Discord to Rex#2287 for an invite to our community discord for more information on future events as well as access to our nerding out about heathen cats! Huzzah!))

#keepers of the moon, #balmung rp events, #The Magpie
5 notes · See All
thana-the-magpiePhoto

It would be an understatement to say that Corbin and Thana’s interactions have always been rather  unpleasant. He’s far from a gentleman when he doesn’t get what he wants, and in this case(and for the next three centuries), Thana was the object of his fascination and, well, obsession. 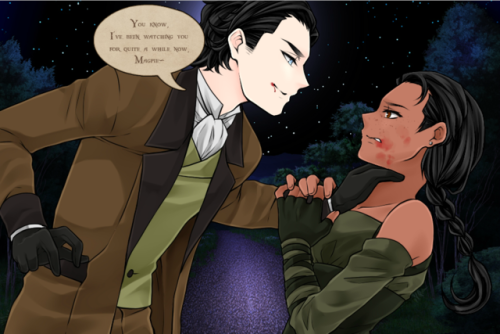 #Corbin Byrnes, #Thana Thorne, #The Raven, #The Magpie, #Pre TotM, #1706 jeez sometimes I forget how old these guys are but then again Bron is like 2000
0 notes · See All
Next Page