The Outsider: Who’s your daddy ;)

Corvo: I don’t know. He died when I was very young. Tragically. In an accident.

The Outsider: That’s not what I-

Corvo, tearing up: Why would you bring that up on a first date?

billie has foggy memories of her mother and father. her mother was often ill, so her father worked in the mines to provide. he died in an accident when the ceiling collapsed. her mother couldn’t afford to raise billie, and eventually succumbed to her own illness. when she was older and her girlfriend deirdre died, she ended up following daud home after witnessing an assassination. he wasn’t happy about this but let her stick around and eventually trained her. she was the best student he’d ever had, and he grew to see her as a daughter. to billie, daud will always be her father and the man who truly raised her.

the outsider sees all things. it’s a mistake to assume he doesn’t still feel the way a human feels, because he does; he only perceives the world in a way humans cannot. he doesn’t remember his mother, and his father was… not a good man. the outsider remembers feeling relieved when the cult had saved him. before he realized their intentions, but by the time he had, it was already too late. it was a sensation close to envy as he watched corvo and emily reunite, something he hadn’t felt in hundreds of years or more. family was something he had never known. 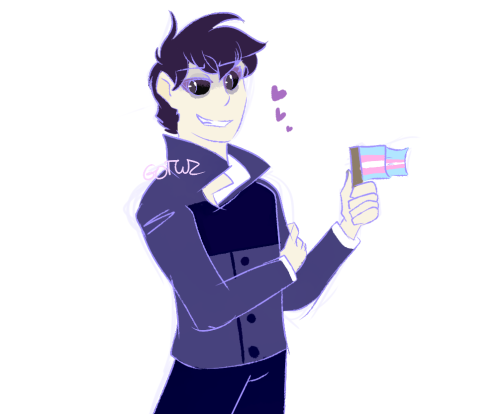 Dishonored - Outsider Shrines seen in the DLCs The Knife of Dunwall and The Brigmore Witches.

Jessamine: I talk a lot huh?

Corvo: Yes, but it’s nice. I love hearing your thoughts!

The Outsider: Grapes are easy to aquire and easy to eat.

Daud: If you say anything else on this topic I’m going to kill you in your sleep!

[paint bc why not]

Daud: I’ve been staring at you for a while and-

The Outsider: Because of my beauty?

Daud: No, you have something stuck in your teeth.

A little dishonored doodle orig posted on my twitter, i haven’t drawn dh in so long…

Lying through your teeth again

You’re pounding on a fault line

What’ll it take to get it through to you precious

Over this, why do you wanna

Such a mess, well I don’t wanna watch you

Disconnect and self destruct one

Bullet at a time

What’s your rush now, everyone will have his day to die

They were right about you

They were right about you

#The Outsider
0 notes · See All
pplydmText

Slowly pushing myself to immerse in the realm of Stephen King compositions. I’ve already done “Everything’s Eventual”; it was a collection of outrageous shortish narratives of horror. MAJOR SPOILERS ahead!

“The Outsider” didn’t disappoint. It gets a substantial satisfying solid 4/5 star rating, also my very first (except Everything’s Eventual) Stephen King lengthy novel. In this read, Stephen King captures the realistic rawness of an individual’s emotion. I even categorize this as a Drama, other than genre Supernatural Horror. There were scattered risible roasting dialogues in here, from beginning to the end. An example were some slightly harassing approaches of the stereotypical police characters whether during the arrest or the witness interviews. I however took delight in the chapters embodying their POVs, specifically of the private investigator. The baseball, football and basketball features gave this a spirit of locality like as if the Flint County residents were just typical neighbors you’d spot in one’s own community. Although I myself am not into novels showcasing any sport element. The present 20th century was boldly represented by the following modern references: Huffington Post, Harlan Coben, Slenderman, etc. There was also a sighting of my personal favorite, a Hercule Poirot trademark: vital information being considered unimportant.

There is a great quantity of characters one must keep informed of in this book. Frankie and Ollie Peterson were respectively the murder victim and his brother. I presumed Ollie has emotionally recovered and now clearheaded, turns out he was just suppressing his devastation. Ralph Anderson was primarily introduced as the assigned detective and interviewer. He was the protagonist out of all the abundant personas. He has this recurring and telling memory of a bra strap which terribly confused me about its relevance. The number of times Ralph mentions how brutal Frank’s gruesome death is irritating, as if he’s actually not bothered at all. Props to Jeannie, Ralph’s wife, for supportive gestures, providing wisdom and advises; not nagging or annoying. Initially assumed the accused Terry Maitland was contending with his doppelgänger. Terry’s wife, Marcy, is one heck of an emotionally strong woman; I admire how she handled every awful news that came. They have I infer a family lawyer, Howie Gold whom is too sympathetic for a defense attorney. Here included a prosecutor named Bill Samuels. I swear I could’ve smashed his face if I meet him in real life. He has this hostile boastful remarks which definitely got me rolling my eyes. At other times, I don’t even want to read his lines. A late addition, Holly, a peculiar, colorful almost-detective personality. Exceedingly pleaded for Holly, who founded the whole concept of an outsider, to maintain appearance until the finale. Come to think of it, the heinous manner Frankie was killed couldn’t really have accomplished by any sane human. The chapter transitions are fast-paced. In Sorry (July 14th-15th) Chapter 12, I imagined these scenes visually then thought of a sitcom type from the Peterson family entering the hospital building to the part of the physician’s declaration. It was amusing, particularly the aftermath reactions of other people in the emergency room. Arriving on the Footsteps and Cantaloupe (July 18th-20th) Chapter 5, I bumped with an undoubtedly brilliant and intense description of a felo-de-se.

Questions as I read on..and the answers that I discovered in the latter

1. Why didn’t Terry immediately supplied his alibi when he was arrested and first put in the police car?

Answer: My personal opinion was probably that his trust and confidence on his fellow townmates diminished because of the public shaming.

2. Wondering why Terry seems to be the focus of this book to the point which the victim’s immediate family all died?

Answer: his side could actually be the more emotionally and spiritually damaged, especially with his ruined immaculate reputation and injustice

3. Has Peter Maitland got anything to do with murder?

Answer: Nope, didn’t even get any exposure

I watched the movie “It” both the part one and part two. Was planning on reading the book but put off because it was just too long. I found similarities between “The Outsider” and the movie ”It”.

2. The gang is diminished by 1 to 2 character involvements apparently they were skeptic; the remaining pursues the mission

3. The mission would be to stop the perpetrator from killing again

4. Villain (mostly supernatural) uses someone (a human) to help

5. The hiding place of the baddie was underground, for this read, a previous tourist attraction cave and for “It”, the sewers

6. Both featured culture, one were Mexican frightening folktales and the other was Native American tribes

“Just promise me you’ll stop every once in a while and acknowledge the day, honey. It’s the only one you’ll have until tomorrow.”

——^ I find this quote, encouraging and substantive

Time had passed, and time probably did heal all wounds, but some of them healed so slowly.

——^ this was just too accurate to ignore

Uh, i think you forgot something