Summary: Neil has never seen Harry Potter so, of course, the foxes make him watch them all at once.

Hope you like it! It’s not amazing but I’m proud lol.

do exy and lacrosse coexist in the same universe? bc i feel like there would be a lot of bad energy and also confusion among people new to either sport. i feel like a lot of children new to either sport would show up to their first day of practice with the wrong kind of racquet because their mom bought the cheapest one at the store and couldn’t tell an exy racquet from a lacrosse racquet.

Declan: do you even know what that’s gonna do to the economy?? Just having a million dollars appear out of nowhere?? Ronan, think of the stock markets-

Andrew has and does read fanfiction. He has been known to start reciting the openings lines of my immortal VERY loudly while refusing to defend the goal and cackling.

Andrew: Hi my name is Ebony Dark’ness Dementia Raven Way and I have long ebony black hair (that’s how I got my name) with purple streaks and red tips that reaches my mid-back and icy blue eyes like limpid tears-

Kevin: *on the verge of tears* NOT AGAIN I CAN’T DEAL WITH THIS SHIT

Neil has no clue what is going on as it happens at the bringing of his freshman year and he’s not cultured enough for that, but everyone else has accidentally memorized the intro (if they hadn’t already) just because Andrew does it so often.

i firmly believe that kevin has autism, and that his special interests are exy and history

God, I loved this series. I am so sad that it’s over, I could have read about them forever. This book, in particular, was an emotional rollercoaster and I would like to ride it again and again.

This is the final book of the Raven Boys series. Piper did not die when our characters thought she did…and she brought something back with her, with Neeves help: a demon. The demon starts to taint Cabeswater, threatening the characters. On the fast approaching horizon, Gansey’s death is marching forward. Adam, Ronan, Blue and Gansey need to find Glendower to save Gansey…or to banish the demon.

My favorite part was all of it. This series is so beautifully written, I believe I’ve complimented the writing style in every review I have done of it so far. It also pulled on my heartstrings, made me cry and made me smile like a maniac. I loved this series. I’ll say it again, I LOVED THIS SERIES. It is one of my favorite series I have ever read, and as you guys know, I read a lot of books. Also both my ships sailed, so I am PLEASED.

*There is a spoiler in the next paragraph.*

My least favorite part was when Gansey died. I didn’t know if he was coming back or not. I was so sad that I wanted to puke, literally sobbing into the pages. I am definitely brokenhearted as well about the Gray Man, too. I wanted him to end up with Maura concretely. I will hold in my heart that he will come back to her.

My favorite character is Gansey. I loved him. He is something more. He’s brilliant, kingly, brave. I loved his development through the series and especially this book. It was a slow love, I liked him from the beginning but with each page he was on, I felt myself falling deeper in love with him.

I am currently still reading Poe but also taking breaks to read some manga to break up the heaviness of his literature. The next manga I am reading is Maximum Ride Vol. 7.

From “Making Love Out of Nothing At All” by Air Supply

riko: how the fuck are you bleeding I haven’t even touched you

happy late birthday to neil josten, i hate him <3 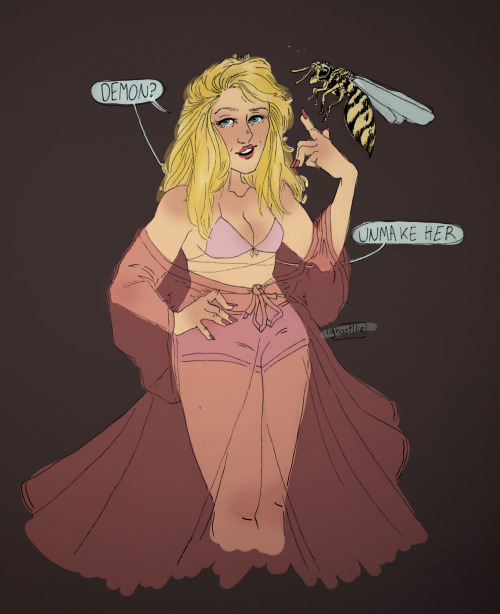 Here is another crossover idea with trc and aftg, i still cant write tho, so if anyone wanted to write this…pls

Could… someone …maybe.. write this🥺

I just started reading the Foxhole Court because I saw a literal CRUMB of fanart. Wish me luck.

What I love the most about Andreil’s relation is that it goes way beyond gender or physical attraction, to leave only the purest kind of partnership that can ever exist.

The very foundation of their love is trust. A trust indeed hard to build and mostly forced at the beginning, but as they both grow and start relying into each other, that trust begins to turn into something more powerful called understanding.

It’s not only shared secrets and giving truths in credit to receive more truths. Is knowing the layers of each other’s pain and fears. It’s knowing the darkest face of their worst and come out from it because the other one can’t get away on their own, and to let someone in during that, requires more courage than anything else, because inside of a soul, there are no hiding places and is too easy to get hurt.

They both had built powerful barriers around them to avoid anyone peeking into their secrets. Whether it was by force of beatings or through the sting of a blade on their wrists, physical pain was always easier to confront and heal that emotional pain will ever be, because a gash can be covered and a bruise will fade, but losing a person wasn’t something either of them could survive again, and yet, they both find the courage in between their troubles to let their guards down and allow another broken soul to bring light in and mend each other.

If not fully, enough to stay and rely and keep going. Enough to live.

It was hard for both to acknowledge fully and accept what was going on. Of course it was, because after a heart is shattered and sort of healing or forgotten, the last thing anyone wants is for it to be broken again for no reason.

When someone manages to get rid of their emotions and attachments as they both did, it takes time and patience and that deep honest trust mixed with understanding to finally let the guard down and realize that maybe, just maybe, that time, things can go right.

And even then, when the scars are so deep, memories keep hurting so despite how long they had been there. So there is always a new fear building around, bracing for the consequences of the possible fallout, because after illusions are smashed one time, two times, countless of times, it becomes normal to assume that everyone is going to step over your feeling one way or another, and neither of them could afford that, but they took the chance anyway. Even if their immediate prediction was that it would leave another scar, another painful memory to bear.

And in a way, even though they stay together, what they went through did left scars and memories that for their first time in their lives, are there to remind them what is worth fighting for.

With so much tying them together, there’s no wonder why labels are too small for them, there’s no room to doubt why they won’t say “I love you”. Why they will always ask for consent first.

Because they know if they lose this, they won’t be able to get up again once more after giving all of the little they had left to offer.

As they did, everything should start (and end) with a “yes or no” that held no consequences regarding the answer.

There should be as much happiness in a “yes” as enough courage to take a “no” for what it is and don’t push it as much as it may hurt, because forcing an answers hurts both in the long run.

There should be enough honesty to give a truthful answer always.

The question is, in a world where we can’t trust the other, where our insecurities are so wide, where opinions clash constantly and tolerance slips like water through the fingers, where we hide under the anonymity of internet, are we ready to shed our layers until only the darkness remains to let someone else’s light in?

Are we ready to show trust and build understanding?

Are we ready to take and give a “no” with confidence?

I think that when we all have all of this clear for real, then, and just then, we will be finally able to give and deserve that beautiful “always yes” that one way or another, we all want and need from something, sometime, someplace, someone who is not a pipe dream.

“Dreamers are to be classified as weapons.”