Irving: This pill is so big, I can’t swallow it.

Irving: My love for God.

Okay I’m gonna make a post I hope everyone’s ready because. I know that we all know and love the impeccable flawless cabin terror au aka Terrebus Airlines. But also. Hey, Chief. I Might Be Wrong, But I Think We Might Be Sailing Into The Pack Ice. This Makes Me Feel Scared Of Everyone Dying Of Scurvy And Lead Poisoning. One Thing We Could Do Is Turn Around And Overwinter In Baffin Bay. How Does That Sound To Y- *gruesome Tuunbaq noises*

I’m looking for a beta reader for the latest chapter of I Can’t Believe It’s Not March!

If you would do me the incredible favor of betaing it, please message me!

#the terror, #joplittle, #the chapter is kind of smutty and in it jopson and little kiss a lot
0 notes · See All
augustinremiText

#the terror, #the terror amc, #every day i post a new joke no i will not apologize
8 notes · See All
terrorized-developmentPhoto 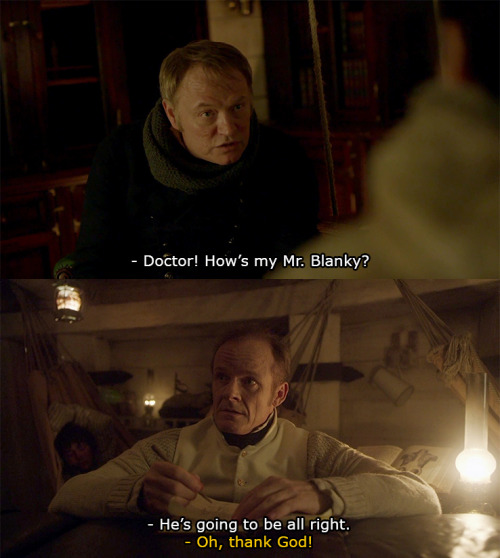 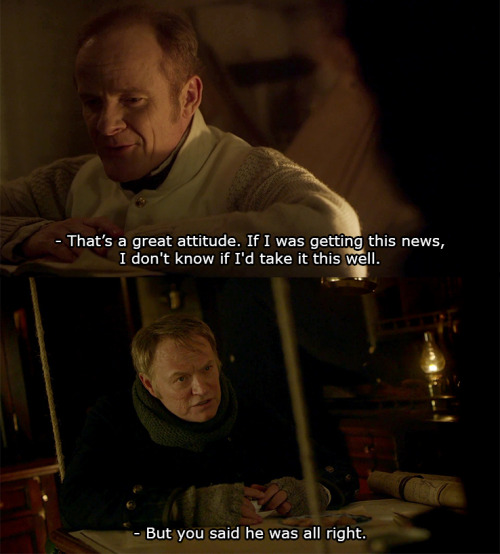 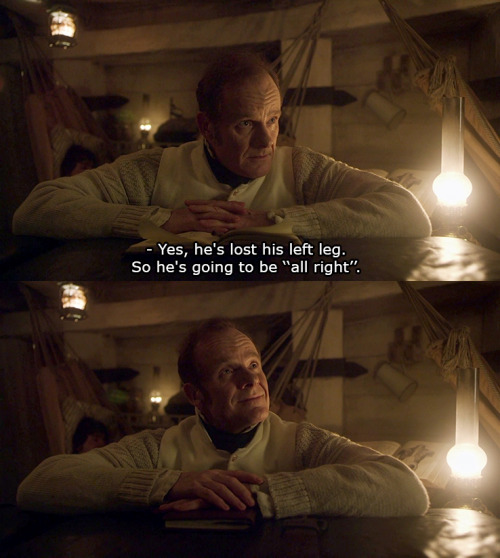 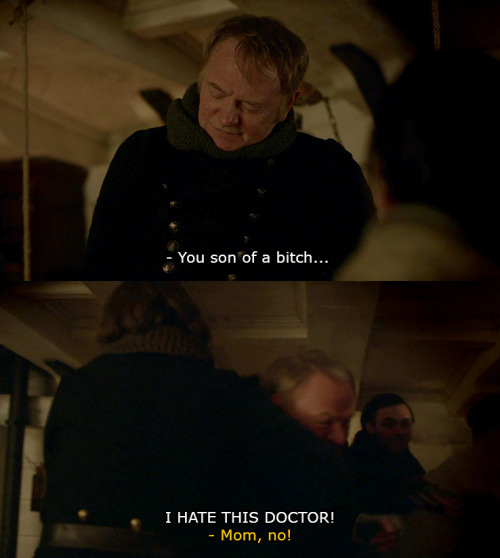 #this was so fun to draw. hope you like it :-), #james fitzjames, #the terror, #cheetah, #amc terror
129 notes · See All
caravaggiosbrushesLink
dannate cose che mi piacciono (fai di me quel che vuoi, fallo davvero) | Archive of Our Ownhttps://archiveofourown.org/works/27858261

Fandom: The Terror (TV 2018), The Terror - Dan Simmons
Rating: Explicit
Relationships: Commander James Fitzjames/Lt Henry T. D. Le Vesconte
Characters: James Fitzjames (1813-c.1848), Henry T. D. Le Vesconte
Additional Tags: Slash, Gay, Gay Sex, Modern Era, Alternate Universe - Modern Setting, Blow Jobs, messy sex, Boys Kissing, Mild use of drugs, Finger Sucking, Dundy’s POV, Hand Jobs, Come Eating, Comeplay, guys being bros, boyfriends non-boyfriends with lots of benefits, the perfect type of relationship if you ask me, james fitzjames in a skirt, AND make-up, dundy is stoned and h0rny here, he’s gonna eat so many cookies, jfj gets blinded almost permanently (but the process it’s fun), Best Friends, Friends With Benefits
Summary: “You know that I’m going to ruin that pretty make-up later, right?”
James finishes with mascara and takes a more relaxed breath, straightening his back. He blinks at his own reflection, then looks at Henry in the mirror and actually tsks. “You could never.”
He lifts an eyebrow at him. “Trust me, I can and I will.”
“No, I mean you can’t.” James says again, “It’s waterproof. Even if I’d cry, it won’t smudge.”
If there’s something Henry loves, is a challenge.
“Let’s bet.”
And bets.

I’m also using this for the Free Space on my @theterrorbingo card.

SOOOOOO……..yes… things got out of hand. I hope you’re gonna like these 4k of fitzconte

#ask, #asnon, #my writing, #fanfic, #fitzconte, #james fitzjames, #henry le vesconte, #the terror, #the terror amc, #smut, #i have no excuses except that writing about them makes me very happy apparently
4 notes · See All
norvegiaeLink
tedious time of the year for bachelors - norvegiae - The Terror (TV 2018) [Archive of Our Own]https://archiveofourown.org/works/27857717

“It was a beautiful spring day. Tedious time of the year for bachelors.”

Neptune takes matters into his own hands - er, paws.

With a brilliant illustration by @matt-j-freeman​, thank you Lenka!!!

(Hickey pic from @areyougonnabe ’s Men Crying in The Terror)

-Francis and Jopson run into each other and have a bit of a catching up and chat!

-James has a nightmare and Francis is there to help! They chat, have tea and read letters. You know, like most bros do!

Billy and the Boyz :)

#the terror, #i just think this photo is so funny, #william gibson, #billy gibson, #the terror amc
82 notes · See All
calamitys-childText

Not to go on about my own impeccable music taste and playlist construction but the reason that Slow Show - The National is such a good Fitzier song is not only because it’s a song from the perspective of a guy who’s drunk, hates himself for being drunk, wants to leave the party, is in love with a person at the party, and wishes they were both not at a party in hopes he might be able to show his affections but is terrified of doing exactly that, BUT ALSO the outro of “I dreamed about you for 29 years before I saw you, I missed you for 29 years” correlates directly to the fact Crozier was 29 when Fitzjames first enlisted in the navy

#the terror
6 notes · See All
calamitys-childAnswer

God anon, don’t we all? Have a selection of 5 sentence snippets I’m tender. Also tipsy and out of fic writing practice so I hope some of these are good!

Silna’s lips part in silent surprise at the brush of his kiss against her palm, cushioned in the brush of curls encroaching ever further about his mouth. It’s a gentle thing; so gentle she feels the smile, a shy and delicate curve of his lips, the laughter in his exhale. Circles frame his eyes, golden wire-frames and dark blue shadows, like lamplight against the sky. His tears are the best proof of life she has felt since finding these men; dead men, in dead ships. He presses his cheek closer to her palm, and she hopes he feels her heart.

There’s a stray spot of darkness in the rouge upon his cheek, sees Francis, and he means only to brush it aside, to make sure that all the world sees his wife to be as beautiful as he is to Francis; but James captures his hand at once, smiling softly, and marking Francis’s palm with the greasepaint of his lips.

“You may,” he says low and deep with intent, eyes shining, “Francis, you may.”

It’s Ross who rescues him - how could it ever be anyone else? Ross, who has been with him through all but one of a lifetime’s hardships; who sailed him to all the ends of the earth, and hauled him home from every one. Who laughed at him the day that blasted penguin went for his jewels, and kissed the afflicted area soundly whole once more that following night. Ross, now, who holds his lined and weathered face like it was something precious, thumbing blood and dirt aside and murmuring half remembered prayers. Francis lets himself fall forward into the embrace, and kisses every word he cannot say into the calloused skin of his friend’s palm.

He thought, when leaving London for the first time, that his back would never adjust to shipboard berths. Since then his back has been torn raw by the leather strips hauling all their scant possessions, and slept every night upon rocks without a mattress. Still, John is not used to this, a gently swaying berth with Harry, pink-cheeked but healing, curled against his side.

“You think too loud,” murmurs Harry, smiling as his lips brush off John’s hand, halting his movements as he combs through Harry’s hair. “Tell me a story, John.”

Death affords Billy Gibson time to think on himself and his life, and still Cornelius Hickey finds a way to wedge his way into it all. Except this time Billy has the upper hand and Hickey is sorely out of his depth.

purgatory, character study, relationship discussions, (sort of b/c are Billy and Cornelius ever going to properly talk about their feelings? no), insight into Billy Gibson’s life philosophy, Billy thinks it’s pretty good being dead and Cornelius is not so sure, One Shot, No Plot/Plotless, Gibson POV