lou wilson is so fucking wonderful. they way he got so close to the camera for the old-man-typing bit is so GOOD. and sofia with the tablet i cannOT

The duality of man is that Lou Wilson plays both Kingston Brown, the most polite and parental man in the world, and Fabian Seacaster, who calls his best friend the ball.

The Devil in Fantasy High: Stereotypical mustache-twirler more at home in a black-and-white cartoon. There are a lot more evil dieties to be afraid of.

The Devil in A Crown of Candy: A large black hole that eats everything and is part of a natural cycle.

The Devil in Unsleeping City: A metalhead who hates his dad. Most of his minions are from New Jersey.

one of the @dimension20alphabet prompts yesterday was Dream, so I thought I’d draw something I’ve been meaning to draw for months - the Dream Team’s first trip to Nod!

[ID: a digital drawing of the Dream Team in Nod. Misty Moore, a white faerie woman with short white hair and golden eyes is floating in a starry sky. She wears a yellow dress, a large hat, and holds her yellow umbrella behind her. She’s smiling at the Woman In The Moon - a feminine face with purple makeup on the moon. Ricky Matsui, a buff Japanese-American man with short black hair, is holding onto Misty’s ankles and looks at her with concern. He wears a blue shirt and brown fireman’s pants. Sofia Lee, a white woman with long dark brown hair, is hanging onto Ricky’s ankles. She has one blue eye and one green eye, and wears a pink shirt, a white skirt with pink hearts, and high heels. She’s looking below her with wonder. A piano floats in the sky next to Ricky. The background is a starry sky and the New York skyline. It’s snowing. The next two images are closeups of the top and bottom halves of the drawing.] 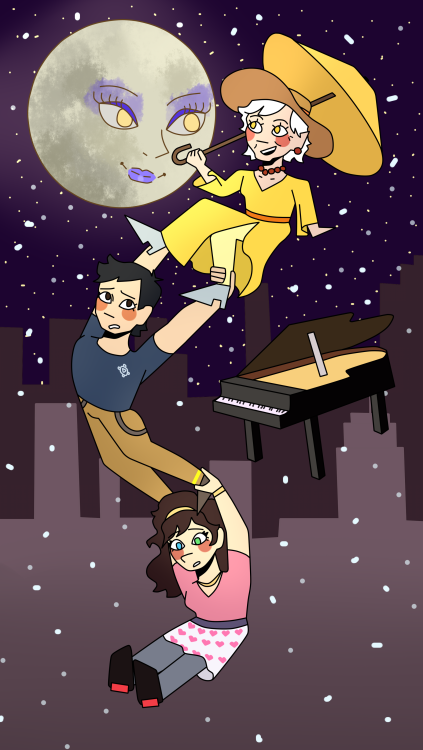 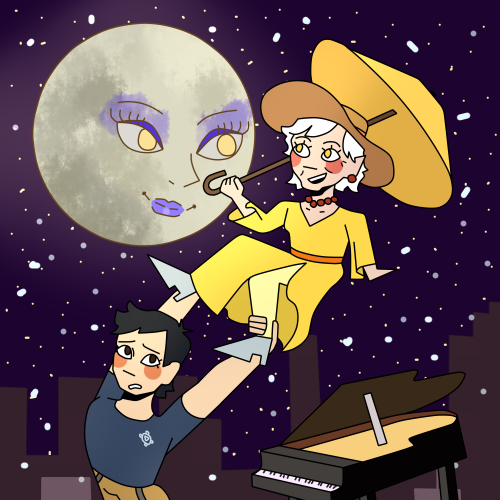 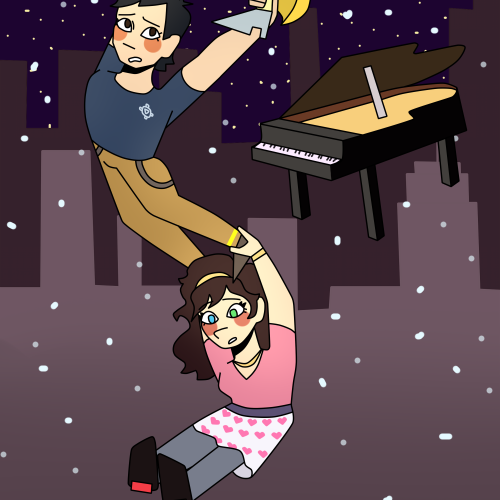 i live to think cody has a tattoo in draconic somewhere bc he’s a huge elder scrolls nerd, and once he finds out iga speaks draconic he asks her to make sure the meaning is right. unsurprisingly it doesnt say what cody thought and instead says “meatball sub” or something like that

just off the top of my head:

there’s absolutely more, but this is what I could remember off the top of my head. anyway, best wishes to brennan lee mulligan, I hope that he stays healthy and well

Next up for the Dimension 20 Alphabet @dimension20alphabet event! Mild spoilers for the end of TUC Chapter 1. Here’s a bit of downtime with Esther and Ricky!

oh man i can’t stop thinking about sophia and pete’s journey this season. sophia helping pete pay off his debt, pete bringing sophia to tell dale about the baby, giving comfort to each other in a season all about the dangers of loneliness and disconnection. and the narrative beauty of pete tethering himself to sophia to save her and them working together to figure out how to bring dale back. i’m just losing it over the unsleeping city as usual.

can’t wait to see dale lee go all out, just this once

Really, murph is never sexier than when playing Kugrash

happy to have a trans character in the mix, happy for the subtle jokes, happy for brennan’s amazing story telling

post tuc1 rickyesther sickfic! only a day late! for @dimension20alphabet