Here’s another little extract from what I’m writing right now. It’s definitely my favourite scene so far. I love dogs.

“I thought you were being eaten by dogs, man”, T said just as three tiny chihuahuas that were sat in a pink plush bed barked at us. If you could call it a bark.

Rick walked off with G to ‘have a word with him’ which basically equates to getting told off by your school principal.

I walked over to the dogs. Two of them growled and tried to bite me since chihuahuas are dicks. But one of them walked right up to me and let me pick him up. He started licking my face and I almost cried, that’s the nicest thing anyone’s ever done for me.

Daryl was stood opposite me too preoccupied with learning Spanish so he could understand what a little old lady was trying to get him to do. He looked around for support but T and Glenn had left with Rick and G. So that left me. Who, again, was on the verge of crying because of a dog.

The archer looked me dead in the eyes in a plea for help which I gladly responded to. Turns out the woman had just mistaken him for a nurse and then mistaken me for him when I walked over. We dropped her off at the nearest nurse we could find.

Daryl looked at the dog which was now perched on my shoulder like a parrot.

“What’s wrong with him?”

“What do you mean what’s wrong with him? He’s beautiful! Sure his eyes are a bit wonky and his tongue doesn’t fit in his mouth and part of his ears gone- okay I see what you mean.”

Daryl laughed, a genuine laugh. He’d never done that before. This is what I call improvement.

“Well I still love him”, I paused for a second,” I shall call him Herbert”

I looked back at Daryl to see him grinning ear to ear, which made me grin, and now we were two grinning idiots.

He reached up to scratch Herbert behind the ear.

Rick came back through the door. He saw us and respectfully decided to ignore us as he walked out.

“You think I can sneak him out, Katniss?” 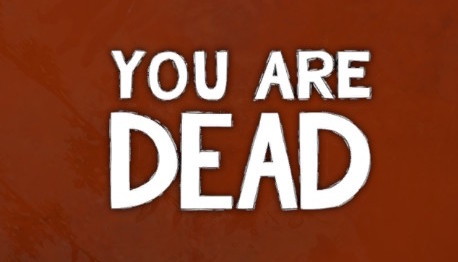 These have always been two of my favorites Michael Scottisms,which I’ve always associated with one of my favorite, unintentionally humorous lines from The Walking Dead before it lost the plot and I stopped watching.

For whatever reason this subtle line from Rick Grimes is one that I’ve always got a kick out of, and to this day I find myself silently posing this very question to: friends, family members, coworkers, everyday strangers, humans on the interwebs, and to myself most of all in conversations with myself about myself.

My heart pounded as Daryl and I stepped away from the building and walked towards the tank that was aimed at us. It took everything in my willpower not to reach out and grab his hand for support. Ahead of us was a crazed man named the Governor who was holding our loved ones hostage. The crowd started to split like the red sea as we approached. Rick joined us on my left side.

Request: “Hey! Can you do a headcanon about Daryl being that “watching over u from afar cause im way too awkward to talk to you but like hell I will let anything bad happen to u”? And one day reader gets hurt and he is with her 24/7 and shes like ‘i was wondering when u would approach’ and just cute protective Daryl? Also, could it be prison era? 💞💕💕 (it’s totally fine if u change something) Thank you, xoxo”

A/n: Today we find out about Daryl’s obssesion - Y/n. I hope no one is complaining, though. This is literally the cutest idea 🥰 I was really happy when I finally got a moment to sit down and write it. I finished it with some angst (muahaha!), but I hope you’re not mad. Requests are open since I have a writing streak. Hope you’ll enjoy it!

➼ When the outbreak began, you went to visit your dad in prison to make sure he was alright, but instead, you found yourself being locked up in one of the cell blocks with a guard who worked there. The guard that threw you in there said that he did it to save your life from the infected. No matter how many times you begged him to let you go, he ignored your calls. One day he went to check out the canteen to find some food for the both of you, but he never made it back.

Rick: people ask me how i handle my kids so easily

Rick: the secret is, i don’t. i have no control over them whatsoever. this morning, Judith called me into the living room and when i walked in, Carl threw a chair at me because he thought I was a walker and then RJ shot me in the throat with a nerf gun

‘the tired sunsets and the tired people ..

it takes a lifetime to die and no time at all .. 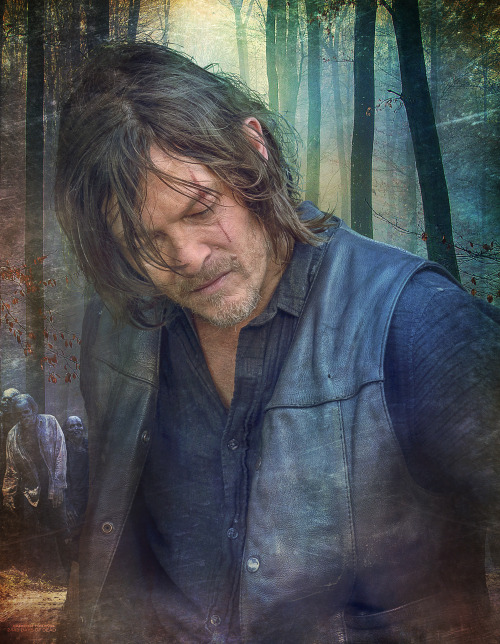 Carl: The most suspicious thing you can do is drive the actual speed limit.

Judith: If you’re not gonna zoom-zoom, get out of the zoom-zoom lane!

Rick: You are all banned from driving.

this has become a greg nicotero stan account. i think this man is sexy and it is about time somebody said it

i mean, come on. look at that silhouette.

not to mention, he looks dope as fuck here, too. i kind of unironically really like his fashion.

however, this will forever remain my favorite photograph of him. it’s just really kinda sexy.

if you thought any of this was satirical, i want you to think again. im genuinely, truly, honestly, being a hundred percent candid. i would actually marry greg nicotero and i think we do not appreciate this man enough. not only is he a fantastic SFX director but he has arguably created some of the coolest episodes in the series and he has created some really fucking awesome walker cameos. i love him. he’s genuinely so fucking cool and i hope somone else who also has a crush on this man finds this post.

“Your kid? He hid in one of my trucks and machine gunned a bunch of my men down.

And I brought him home safe and sound aaaaaand…I fed him spaghetti!

Hey everyone! Thank you so much for ordering a letter or two from me; just wanted to let you all know that the letters are in the mail and on the way to you! If you haven’t ordered a letter but you’re interested in one, feel free to message me anytime!