#the witcher
0 notes · See All
moonninaText

#cahir, #the Witcher spoilers, #cahir mawr dyffryn aep ceallach, #cahir had a jail glow up, #long hair boi, #emo boi, #I just wanna touch pls, #I pray it looks as long on screen as it does in the pic, #I mean it has to look long in order to show “time has passed” lol, #the Witcher, #eamon farren, #eamon is gunna act the shit out of season 2 trust me
0 notes · See All
havenoffandomsAnswer

Awww thanks so much 💕 I developed this idea in my most recent Jaskel fic (with some minor Lambert/Aiden scenes sprinkled in between), and that’s when it hit me. What if?

I love the idea of empath Aiden hiding how sensitive he is to other people’s energies because of the whole Cat School stygma, and also not wanting people to touch his bare skin. There are exceptions - they are Lambert (because Aiden has a deep connection with him), children (because most kids have this innocence about them that leaves Aiden feeling soft) and animals (because they’re very easy to read).

More to follow in my WIP probably, I just love empath Aiden 😍

Honestly, you know what I want in season two?

A scene with Geralt, Yennefer, and Ciri all fighting a horde of enemies together.

Like, you know that scene from Rare Species (no not that one) where Yen and Geralt fought together against the Reavers? Something like that, but instead of just the two of them being a Power Couple, they’re a Power Couple of Parents. Mom ‘n Dad kickin’ ass with their Powerful Daughter. Nothing says Fun Family Outing like slaying a horde of monsters.

Bonus: Yen and Geralt do another kiss like the one in the cave but this time Ciri’s in the background fighting a bunch of enemies and yelling “Do you have to do that now?”

A present for Duanna

Ever since I read chapter 2 of @clydethistles Had We But World Enough and Time I couldn’t help but imagine Tissaia’s furrowed brow with Leus urging her to leave a feather for Yennefer. So here’s a simple drawing of just that :)

Hope you enjoy it! 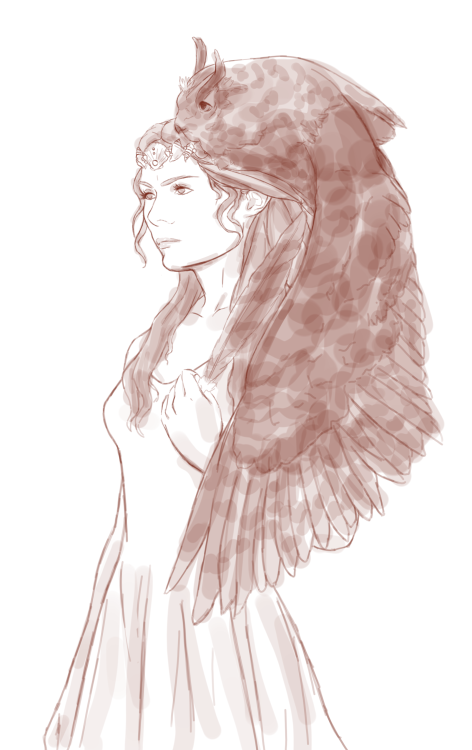 #because we know thats exactly what happened right?, #bird leaf, #yennaia, #clydethistle's work is awesome and i like it a lot :), #tissaia de vries, #au fanfiction, #the witcher, #the witcher fanfiction, #my art, #fic suggestion, #i found out i really enjoy drawing seashells, #who knew?
3 notes · See All
g-a-y-b-a-c-o-nText

Lambert: When we first met, I gave my crush my favorite knife.

Aiden: That’s sweet. You gave me your knife when we first met too! I think it’s cute you give all your friends knives.

Coën, confused: You never gave me a knife when we first met? 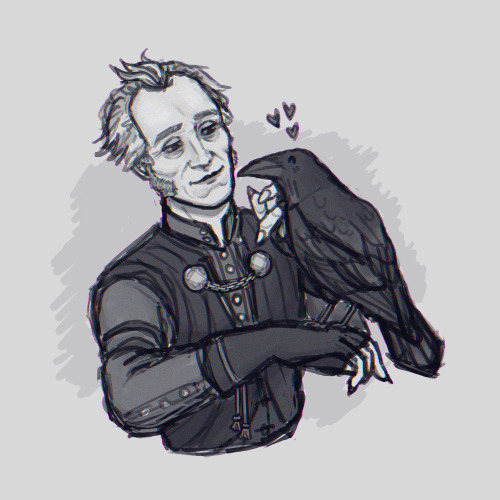 #oh to be a raven getting scritches from regis—, #the witcher, #witcher, #emiel regis, #regis, #my art, #my art: witcher
10 notes · See All
itsquietinsantafeText

#i am losing my mind at this, #geralt at the bank what will he do, #everything about this quest is hilarious pleaSe, #the witcher, #the witcher 3, #witcher, #geralt, #geralt of rivia, #blood and wine
1 notes · See All
theamazingbardText

but jaskier is a magician. yenn and geralt have NO IDEA how he does magic. they know it’s not real. they know there’s a trick. but they can’t figure it out and it pisses them off

#the witcher, #kaer morhen, #the witcher 3, #look idk what to tell you man they're just not gonna have a v sexy time
2 notes · See All
yenngeraskierText

hi just a question…. in the first episode of the witcher is the only weapon renfri leaves geralt with his silver sword…… pls someone say yes and let me break my own heart

#if she’s admitting she’s a monster she might as well be poetic about it, #and have the monster killer kill her, #with his monster killing sword, #i could go back and check the show myself but i don’t want to, #the witcher, #geralt of rivia, #geralt, #renfri, #shrike, #writing, #mine
0 notes · See All
emojuliuscaesarText

Jaskier, the son of a powerful crime family, hires Geralt, the best contract killer money can buy, to protect him from his father, who is angered by Jaskier’s refusal to join the family business.

The John Wick AU only me and two others asked for.

CW: discussions of potentially major character death but no actual killing happens (which is weird for a John Wick AU, I think)

Geralt knew the day was going to be a shitshow from how weak the barista had made his tea, wincing at the taste as he sat down at a table at the back corner of the coffee shop, his back and left side covered by the walls.

The poor-quality drink was in good company, as the middle of the egg and ham sandwich he ordered for his breakfast was still frozen in the middle. Geralt tried not to feel too frustrated at the kid behind the counter. Geralt didn’t recognize him and seeing as he came in for breakfast weekly to this little hole-in-the-wall coffee place and since he hadn’t had any recent out of town contracts, the kid had to be new.

And was clearly still learning the ropes, Geralt thought, grimacing as he took another sip of his tea.

Geralt also knew the day was going to be a shitshow from the nervous way a young man, stood outside the cafe and stared, searching, into the large bank of windows into the shop.

He held a piece of paper in his hands and would go from reading at what was written on it, to staring up at the sign above the building, before looking back inside the place. Geralt hadn’t been in this profession for as long as had, hadn’t been as well trained as he was to not know instinctually that the man was probably looking for him.

Geralt and Eskel have overheard awkward things from Vesemir’s room and Vesemir has warned Lambert that he has to talk to them about what they’ve heard and exactly what their relationship was like. And Lambert would not be having sex until he did so. Lambert figures that there is only one way he can fully explain his daddy kink to Eskel and Geralt - that they are all drunk as fuck.

I have no clue which I prefer, but!! MY SON! I have never painted leather before and thank god for photoshop texture brushes! I have never designed armor before either, but I am so happy about this! The bottom isn’t quite there, but I’m very close! 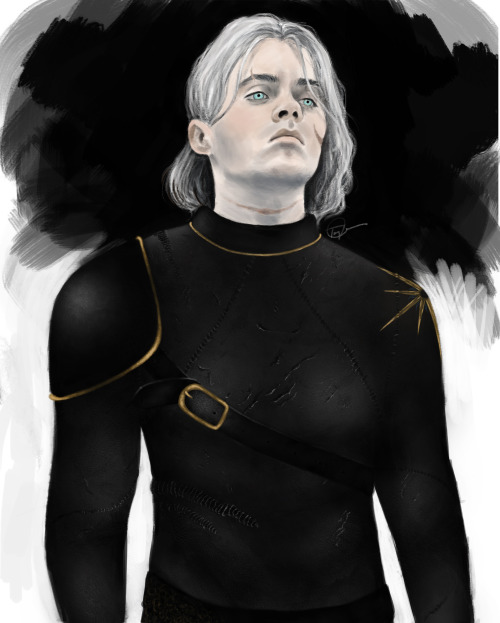 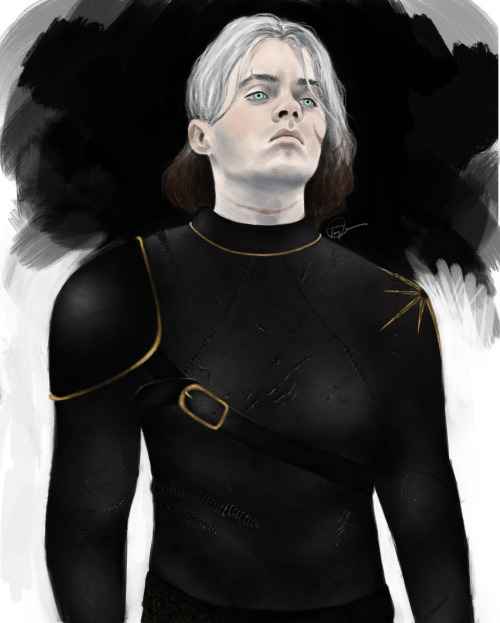 Okay real quick, I’ve seen like 5 canon-verse fics where the prospect of Geralt drawing gets brought up and he’s terrible at it and he did it as a joke.

BUT I WOULD LIKE TO RAISE YOU: someone has to illustrate those bestiaries, and we’ve got two options; either the Witcher+Feral Artist dynamic goes back MUCH further than Geralt and Jaskier or some witchers had to learn how to fucking draw.

Anyway I’m just saying it’s entirely possible at least one of the wolves is able to draw really fucking well and there is no reason it can’t be Geralt.

#the witcher, #geralt, #artist geralt, #witcher+feral artist dynamic, #can you imagine how Jaskier would react?, #like just picture that for a moment, #now you see why I'm hung up on this?, #look the witcher post of the day was between this or modern au geralt hating the dentist take it or leave it, #however the prospect of witcher+feral artist just being a thing also intrigues me
12 notes · See All
sasuketheenegroText

super duper funny to think of witchers being good at like, housework. nobody but those scary sons of bitches at kaer morhen and you gotta do stuff to keep a house in shape so someone has to bake bread and do laundry and sweep

What happens when you rewatch The Witcher while flipping through The Dragon Prince art book? And happen upon the drawing of Ethari playing the lute?

You start to imagine him singing an elf version of “Toss a Coin to Your Witcher” to his hubby Runaan, that’s what!

And the song is called “Toss a Coin to Your Assassin” btw. Because it’s 10 pm and I don’t have enough brain cells to come up with something more creative.

#tdp, #ethari, #runaan, #ruthari, #seriously though, #it works, #runaan = geralt, #ciri = rayla, #ethari = jaskier, #only more muscular and not as hyperactive, #the witcher, #now i can just imagine ethari serenading runaan from below a balcony, #now i want to rewrite the lyrics to it suits them
5 notes · See All
night-huntress-beccaText

A/N: I’d love for this to be longer and more elaborate, but I currently don’t have the time to make this a masterpiece our community deserves, I’m really sorry about that. I do hope you enjoy this little oneshot though!

“For goodness sake, Yennefer, you are chasing after a myth. A myth that might very well get you killed. And for what? So you can have a child?“ Tissaia asked incredulously, still refusing to believe she found herself in a situation where she tried to talk Yennefer out of doing something reckless – again.

Aiden: Honestly, Lambert. Out of all your curves, your smile is my favorite.

Lambert: Wait until you see my tits.