Playing AI dungeon in the dragon age universe with Cullen is wild.

First, Cullen is my incestuous father. OK, this changes everything.

In the next story he wants me to get him lyrium, but is a tight arse with his payment 🙄

Finally we have the awkward, “Oh everyone has known you’re an apostate this entire time” chat

Dwarven fashion is perhaps the fashion that I know the least about.

And consequently that I have the most trouble with.

The most that we see of dwarven fashion is dwarven armour, which is quite unique.

It is highly structured and angled, with sharp distinct designs. When I look at this armour I am reminded of art deco metalwork from the 1920s.

Elements of a nations fashion seeps into their armour design, so it is safe to assume that there are at least some elements shared with dwarven fashion.

From art that we see of Orzammar I think it is safe to assume that the capital is a fairly hot place, being perched above rivers of magma and all.

This makes me assume that a lot of the dwarven clothing is made from light, breathable material. Linens and cotton for the commoners and silks for the gentry. Embellishments and jewelry are sharp and geometric.

When trying to envision dwarven fashion I was actually reminded of another video game that I love, Horizon Zero Dawn, more specifically I was reminded of the fashion of the Carja.

The fashion of the Carja is loose and flowing to combat the high temperatures of the Sundom, but it also has these wonderfully geometric elements. For me this is the closest thing that I can find to what I imagine dwarven fashion looking like.

After successfully interrogating a member of the “Servants of Sacred Mystery”, our agents set out to find the cult’s headquarters beneath Nevarra City, searching in the depths of sewers… What will they uncover? Find out the latest episode of Dungeons & Dragon Age! 👀

so how many of us actually fell for the fuckin egg? Cuz I did🤡

My new gaming vlog is on YouTube now! Today’s video continues my origin adventure as a Circle Mage in Ferelden’s Circle Tower. Don’t forget to comment and let me know what you think!

“Twas not I who raised an army of faithful to storm this land, Inquisitor… but I digress”

After recovering one of Nevarra’s most renowned treasure hunters - “The Mute-Mapmaker”, the party is intercepted by an ambiguous death cult and… undead crocodiles. True evil awaits our heroes!

this one was another toughie cuz idk how festivals work except like.. carnivals or fairs.. and like, none of my ocs really have a reason to go to anything like that so….. i just decided to write how i thought Elia might celebrate one of Thedas’s few holidays??

i tried, so i succeeded and that’s what matters

All Soul’s Day was a quiet, solemn holiday of remembrance. No matter where one went, it was always the same. Still air. Dim colors. Soft steps. Silent reflection. And candles. Lots and lots of candles.

Back at the Tower, All Soul’s Day was one of the few days a year the small, underused chantry was actually full. Mages lit candles for friends who’d failed their Harrowing; Templars lit candles for fallen comrades. It was the same at other Circle’s, too.

If you were on the road, all your companions would be set in their own thoughts; if you met other travellers, little more than a nod would be shared. Even bandits and vagabonds rarely made themselves known on All Soul’s Day — they had friends and family to mourn, just like everyone else.

The Chant still rang out from the Grand Cathedral on All Soul’s Day, but there was a somberness to its words that could be felt throughout Val Royeaux. At the center of the courtyard, at the top of the lone tower that stood there, a bonfire was lit in Andraste’s honor. The flames swam so high into the air and swirled so wildly, the tower looked like a torch holding the sun. The entire building seemed to glow from all the candles left for the dead. A special table was even placed in the audience chamber with red candles – one for each Divine – surrounding a tall white one – for Andraste.

Elia didn’t know what to expect at Skyhold on All Soul’s Day. Their chantry was just as small— no, smaller than the one back at the Tower. It would not be able to fit even a small fraction of the people who called Skyhold home. As Inquisitor, she’d purposefully kept most of the fortress free of Chantry symbolism; she wanted the Inquisition to be a welcoming place for all, not just Andrastians. But in the days before the holiday, she asked that space be made where people could safely light and leave candles.

When the day came, candles were lit in the Chantry until there was little room to do more than approach the statue of Andraste, kneel, pray, and scoot one’s way past the next person in line. The candles quickly spilled into the open hall and soon surrounded the gardens. The stone benches were taken up as well as the open windows of the short stone walls. Soon, the candles lined the grand staircases leading up to the main entrance hall. Even the battlements saw a few, all tucked behind large stone slabs to keep the flames safe from the wind.

When night fell, the entirety of Skyhold seemed to be aglow. People could glance up to Elia’s own quarters and see the many bright, flickering flames dancing across her balcony.

Once the very last rays of sunlight were gone from the sky, Elia herself lit a large bonfire in the courtyard. Not for Andraste – though she welcomed any believers to consider it so – but for all the people lost at the Conclave, at Haven, in every corner of the world. For every mage who’d died fighting or fleeing for their lives, for every templar who’d truly cared and fought for their charges’s wellbeing, for every tranquil sacrificed or left to die, and for every poor blighter caught in the crossfire. For every child lost, every mother ended, every father gone. For friend and enemy. She dedicated it to them all.

When Elia awoke the next morning, expecting to feel the leftover stillness of the previous day, she was surprised, and delighted, to find Skyhold more energetic than ever. People moved with purpose and dedication. There was still a seriousness to the air, but there was also hope. Determination. The people were focused on the future and the Inquisitions impact on it.

Their conviction inspired Elia. After that day, she pushed herself even harder, went even further for her people. And every night that followed, those people could look up and see a candle still burning on her balcony.

A reminder of those they had lost; a reminder for the future they were working for.

[- Please note, these are the answers given by David Gaider in an interview in 2014.  Since then, things may have changed in established lore or been clarified, or may no longer be considered canon.  However, I thought the answers and comments were interesting enough to be written down (paraphrased with my own comments) and shared.-]

I have compiled a total of 1980 given names and 635 family names across every piece of media in the Dragon Age franchise.
Now I am looking for help in researching the real etymologies of these names!

“What’s the point of this project?”

Curiosity to look at any naming patterns as part of worldbuilding, as well as creating a resource for fan works and deep roleplaying character creation.

“Who are you looking for help from?”

Anyone who has some free time they would like to spend researching the origin of different names. Whether you help with 10 or 100 on the list, it’s completely up to you, with absolutely no pressure!

“How can I participate?”

Send me a direct message here on Tumblr, and I will send you a link to the Google Spreadsheet. From there, feel free to pick away at the names at your leisure.

When at least the vast majority of it is complete.

(Apologies for the map itself being a little horizontally squished, I couldn’t find a non-squished version of it) 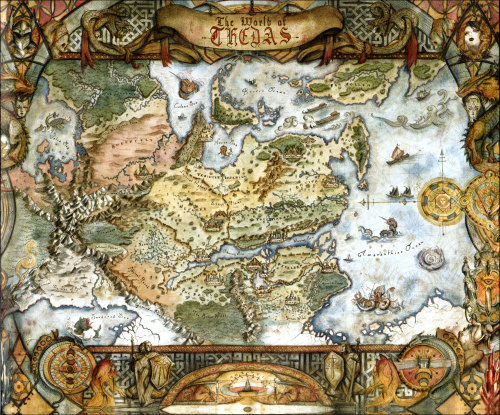 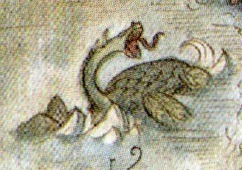 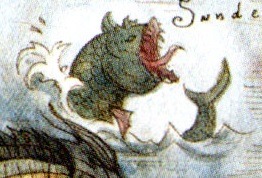 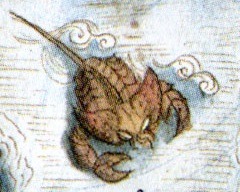 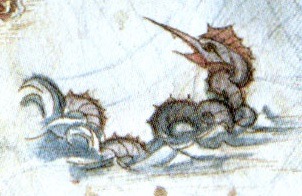 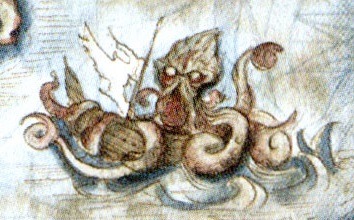 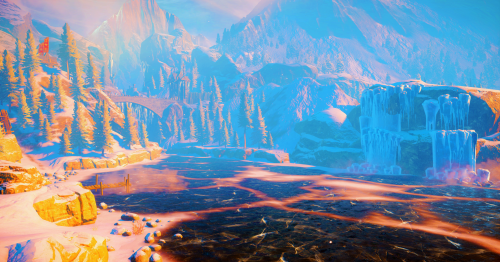 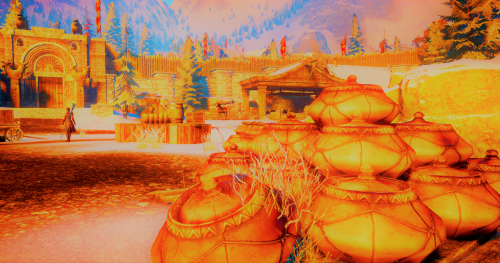 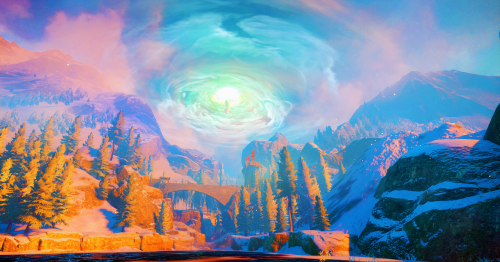 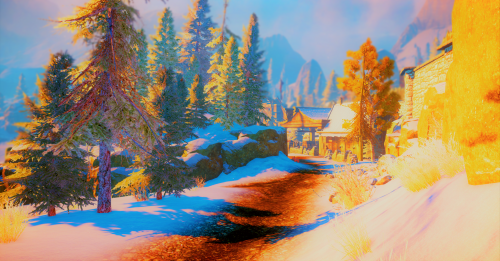 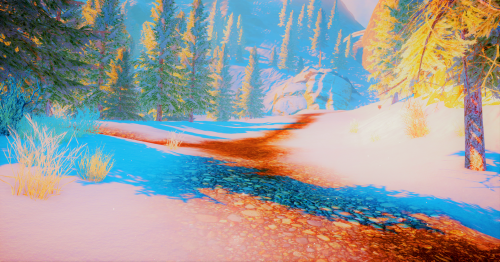 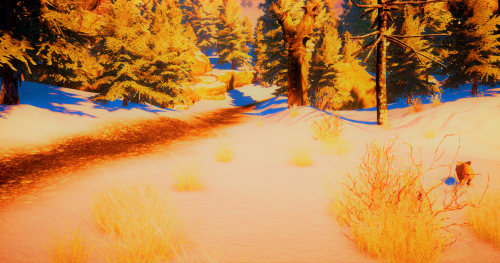 Please click for larger size. =) Came back to try the Tactical Camera Trick for screens, and was not disappointed! <3 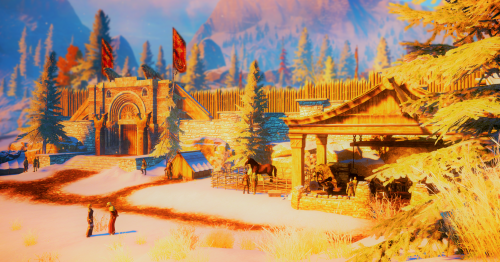 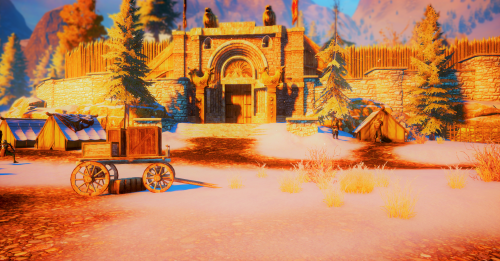 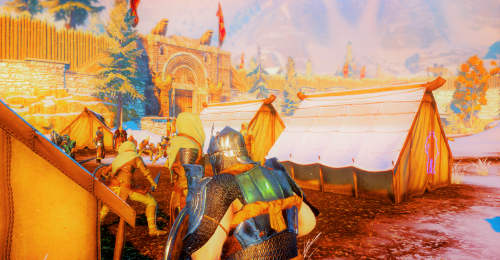 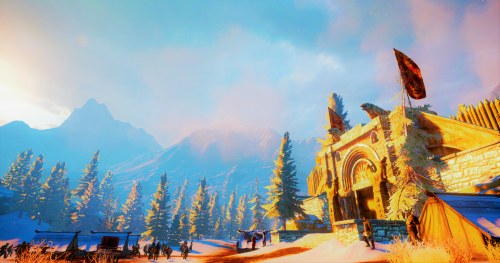 “I would not object to a … closer relationship between us, my lady”

I was tagged by the indomitable @pikapeppa today, and while I haven’t really been writing a whole lot due to house buying shenanigans (screams silently) here’s a bit from the last chapter I was working on. It’s not actually six sentences because…. really at this point who shares only six sentences? Enjoy!

“‘Lana…” Zavala sighed, exasperated. “We need to try to get home. Not become part of a cult.”

“We don’t need to be a part of it,” Talana replied. She stood, grabbing Zavala’s hands. “They need us, 'Vala. If we don’t stay till it’s closed, these people are going to be suffering more attacks like the ones we saw on the mountain.”

Her brows furrowed, Zavala stared down at their hands. The proximity was making the marks glow brighter, but at least they didn’t spark and hurt anymore. “Fine,” she said. “We take care of this Breach problem. As soon as it’s done, we go home.” She peered up at Talana. “I notice you didn’t dispute the 'cult’ part,” she muttered.

“Ah. Yeah. About that.” Talana released Zavala’s hands and sat back down on the bed, grinning nervously. “So that monopolizing faith? There’s a main, central church a few hundred miles away. It may-or-may-not have decided that the people here- they’re calling themselves the Inquisition- have been excommunicated.”

#six sentence sunday, #faerun, #thedas, #dragon age, #this is still very much a work in progress, #we'll see if i ever get it to the point where i feel comfortable posting it to AO3, #Zavala and Talana ne'Drak, #twins in Thedas
10 notes · See All
Next Page