St. Bonaventure — Journey into the Mind of God

William Placher — The Domestication of Transcendence 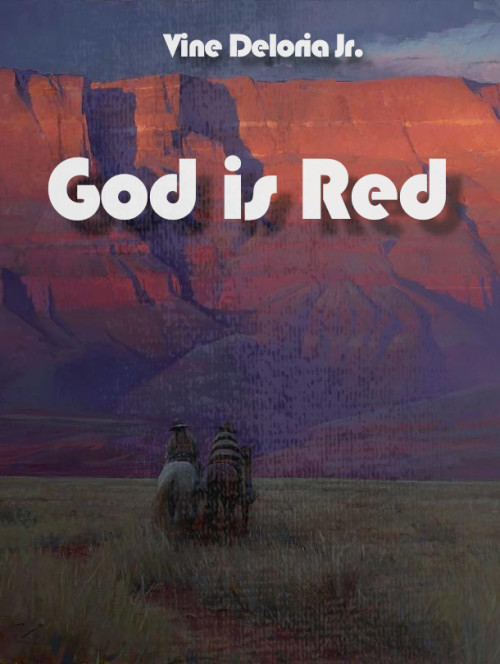 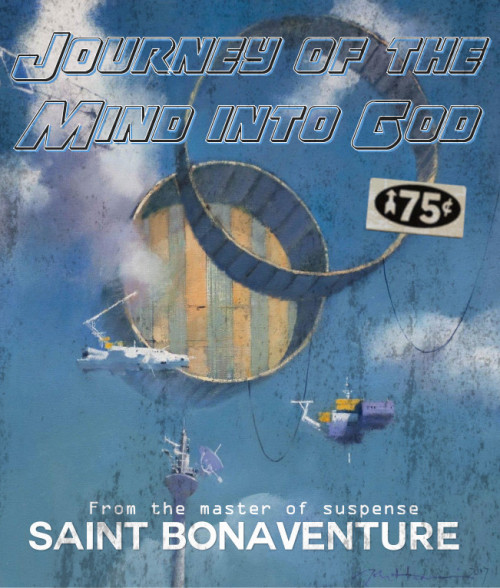 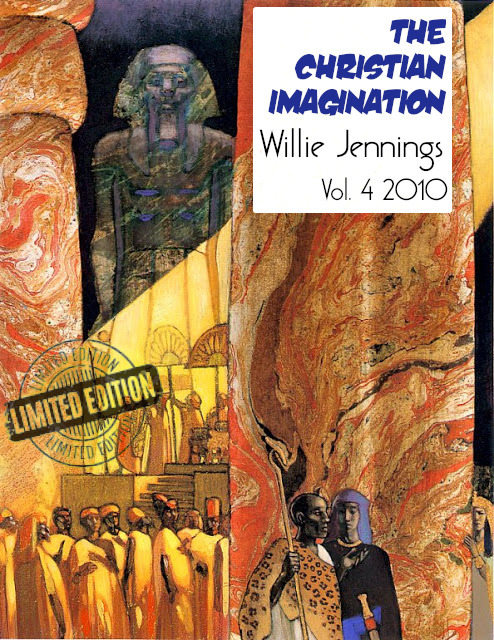 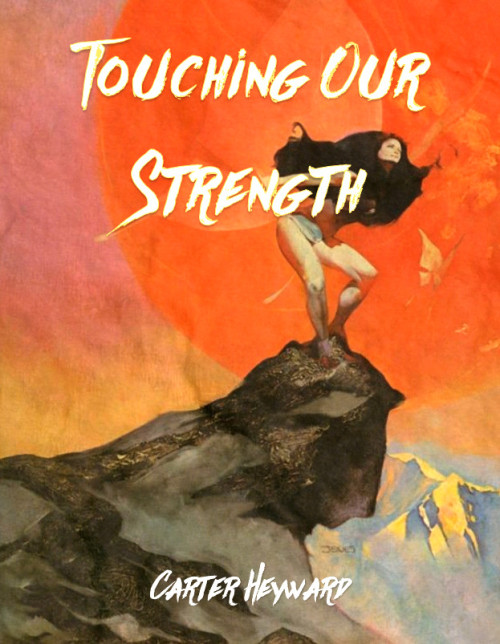 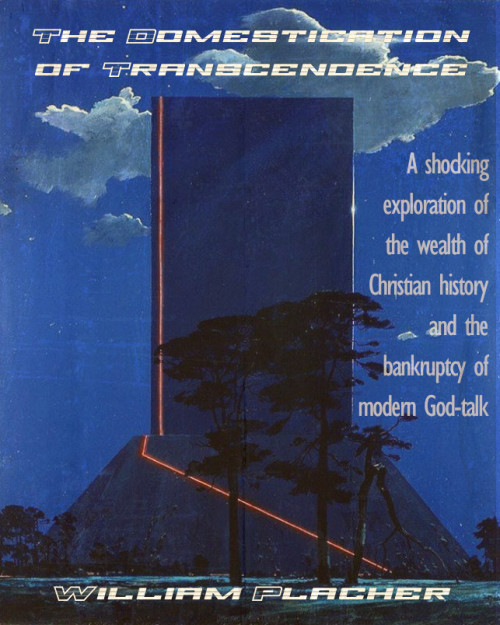 how does one put ‘is jesus just god but in a different font?’ in a way suitable for an essay……..

#theology, #religious studies, #a levels, #please send help im going my brain is too small for this, #no thoughts head full of memes, #shut up tom, #philosophy and ethics, #don’t get me wrong, #one of my favorite subjects, #but will be the death of me, #studyblr, #shitpost
2 notes · See All
newcalvinismText

Anyone want to go swimming?

Having studied theology 2 years ago, I came across an old quote.

Now being said, I’m not religious but I hope those who are takes this into consideration.

“If you are mean to someone who is not saved by God, they won’t want God.” “Whoever says he is in the light but hates his brother, is still in darkness.” - John 2:9.

I can say with moderate confidence that citizen insurrections would fall under the same moral prerequisites and restrictions as just war, according to Catholic doctrine, long established.

Thomas Aquinas himself laid out certain conditions under which tyrannicide would be morally possible (and, by extension, morally necessary).

The veneer of democracy under which we live, coupled withe the bloat of bureaucracy and hundreds of years of accumulated, and exponentially complicated legislation, brings a vast degree of confusion to the issue.

All that said, I cannot see how rioting and looting is in any way justified in the present circumstances. Indeed it would be difficult, if not impossible, to justify “looting” under any circumstances. Depending on how we define the term.

If a murderer is acquitted, do I not have to live with the results? Or, once the legal system fails - which it inevitably will, given human nature - am I then liberated from the constraints of society to appoint myself judge, jury, and executioner?

I think not, but it is apparently a question worth considering.

David Congdon — The God Who Saves 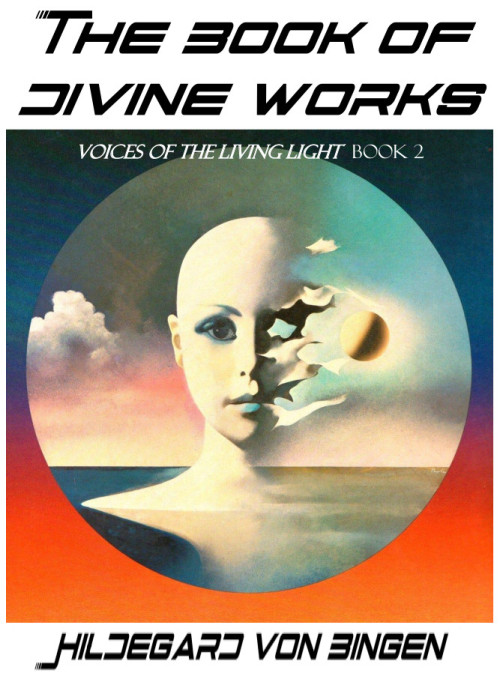 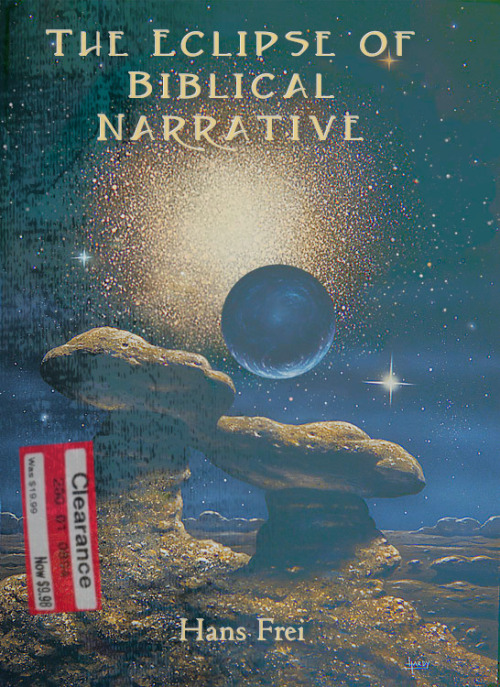 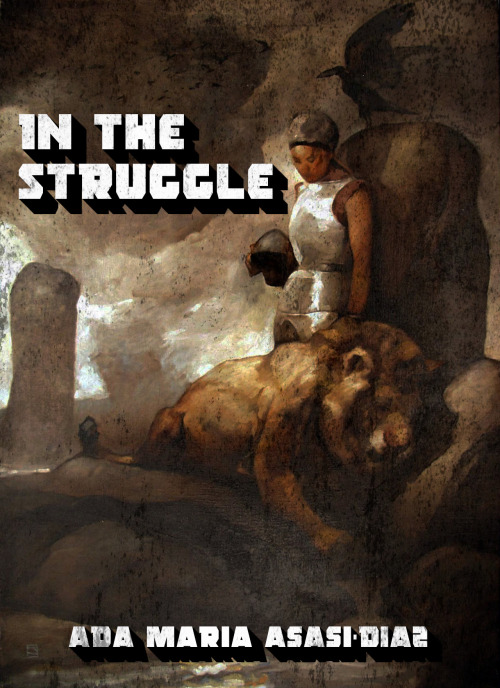 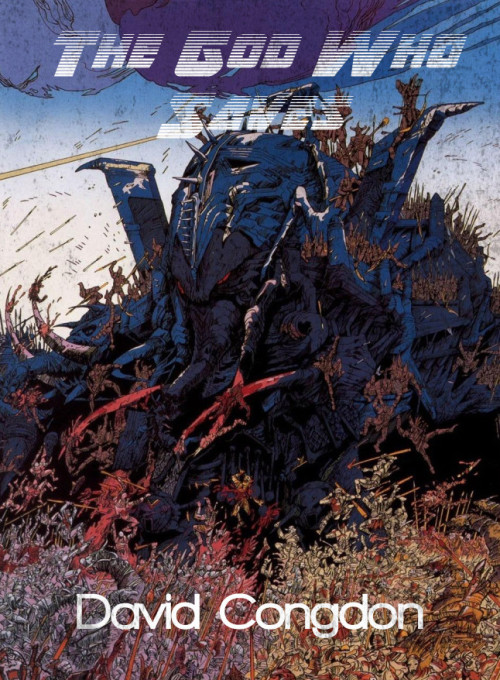 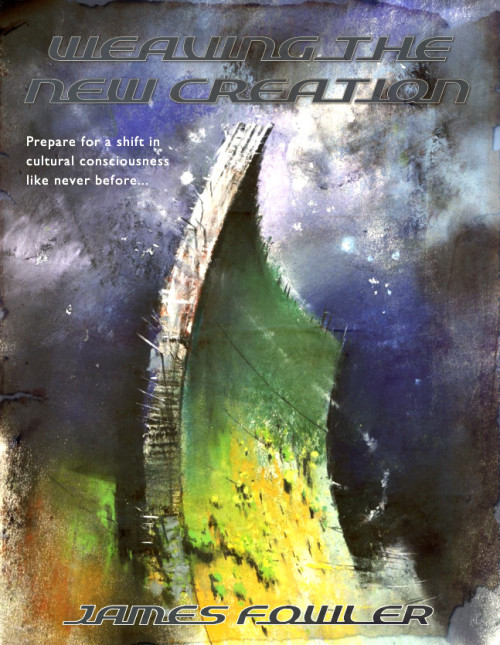 Oh goody! I didn’t know that the truth of theological statements was judged by number of prooftexts! Thanks, Calvinists!

Also let it be noted that this was an answer provided by the blog in question to a non-Christian. Because when somebody challenges the reliability of the word of God and the truth claims of Christianity, what do you do? Why, of course, you proceed to bash Arminianism!

This I repeat to any and every fellow Christian out there: CHRIST WAS NOT DIVIDED. If you are among them who are, so to say, “of Calvin first”, or “of Arminius first”, or “of Ham first”, and “of Christ second”, I urge you in brotherly charity to immediately reconsider your spiritual priorities.

(Also, IIRC, the blog to which I refer was the same one who had interpreted someone’s statement that “not all truths are in Scripture” as “God is a liar”, so yeah…I don’t know why I expected any better. 😞)

Me, reading the highlighted text (from “Of course reading Paul…” if you’re reading this on the dash and the bold doesn’t show up):

Is this the least heretical Trinity Sunday analogy ever?

Jeremy Begbie has a fascinating article in Lincoln Harvey’s collection of Essays on the Trinity, in which he discusses “musical space” as a better mental framework than “visual space” for picturing the Trinity and other “difficult” theological concepts: the divinity and humanity of Christ, or the relationship between human and divine will/agency. Begbie also talks about this in the video linked above.

As Begbie observes, it was “almost second nature” for J.S. Bach to use a major triad – such as C, E, G – to depict the Trinity. “Musical space” avoids the “zero-sum games” involved in “visual space”; as Begbie writes:

If I press a key on a piano, the tone I then hear fills the whole of my aural field, my heard space. It does not occupy a bounded location. It is not “here” as opposed to “there.” It is “everywhere” in my aural space; there is no spatial zone where the sound is not present. If I play another note along with the first, that second tone fills the entirety of the same (heard) space; yet I hear it as distinct. In this aural environment, two distinct entities, it would seem, can occupy the same space at the same time and yet be perceived as irreducibly distinct. […] Zero-sum games are gone; there is no question of “the more of one the less of the other.” We do not set notes in relation to each other against the backdrop of a spatial whole. Both tones make up the one heard space. They sound “through” one another. They can be in one another while being heard as two full and distinct tones. (Essays on the Trinity, p.23f.)

In other words, to put it far more crudely than Begbie: a major triad is both a single sound and three distinguishable notes; “one” and “three” at the same time.

Now, the point here is not that “God is like a major triad”: this would certainly fall into the unbreakable rule that all analogies for the Trinity are heretical. The point, rather, is to make us realise how many of the difficulties we have understanding the doctrine of the Trinity (and the biblical data on which it is based) arise from the dominance in our minds of “visual spatial” thinking, and that other modes of thinking are available to us.

D. Preman Niles — The Lotus and the Sun 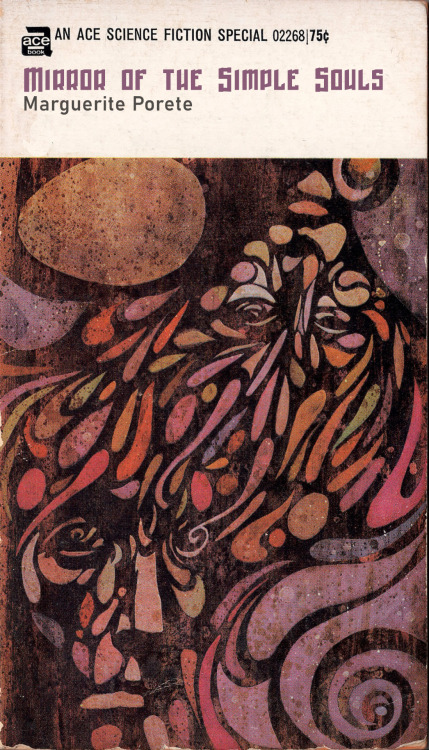 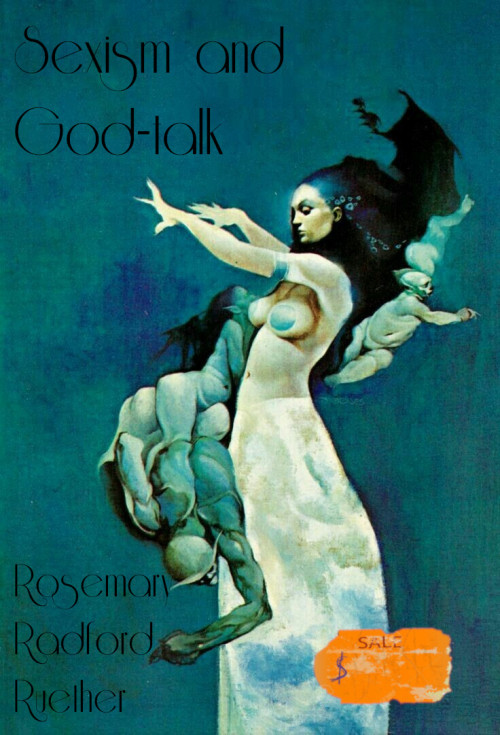 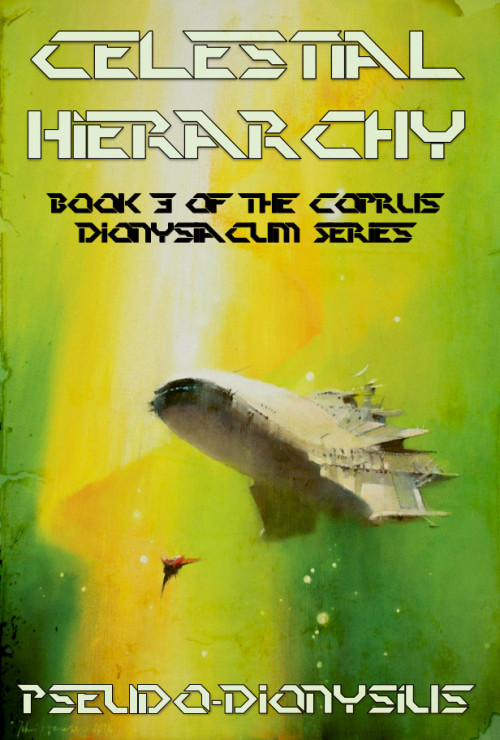 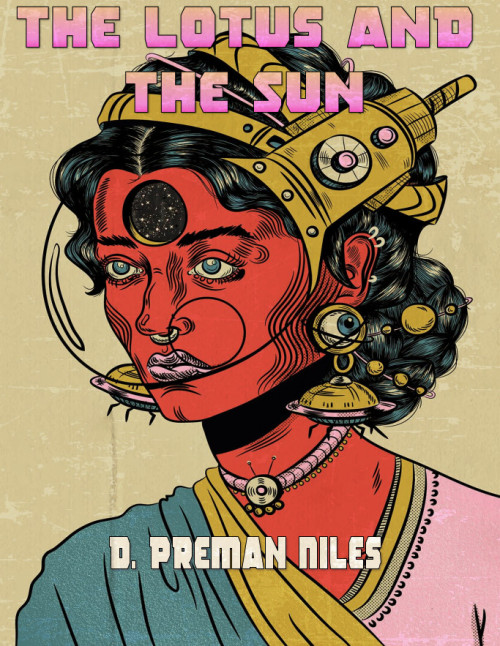 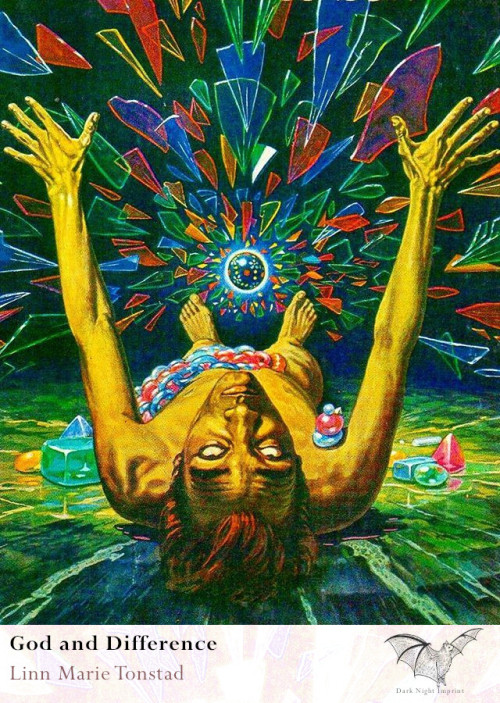 This book appears on almost every list of must-read Christian theology books that I have seen, and so I was very eager to read it, written as it is by a man described as the “greatest theologian America has ever produced.” I was a little worried that it would be hard to read, 18th Century English being just a bit cumbersome, but after having read much of the scholastic 17th Century English of John Owen, Edwards was easy. The first part is about what affections are, and how they are produced in the mind and in the heart. The second part identifies what affections are not godly, and the third part identifies affections that do form part of the godly man’s character.

When I finished reading the last page, I felt as though I had escaped the book with my life. The introduction had warned me that the book might be very damaging to an immature Christian, and I am unsure who exactly I would recommend the book to. New Christians might benefit from its guidance and advice, but also might lose faith, seeing the roots of their faith in so shallow a soil. Mature Christians would probably benefit from it in learning how to spot truly godly affections in themselves and others.

I say all this because Edwards offers very cold comfort in this book. He warns that most of the things we rely on as evidences of our salvation, our testimony, our feelings and emotions about God, our hatred of sin, etc, can all be counterfeited by the Devil in the hearts of unregenerate men. Someone can walk like a Christian, talk like a Christian, and seem on the outside a model of a Christian, but in his heart still be unregenerate. Edwards learned this by his experience during the Great Awakening, a religious revival that swept America in the mid-18th Century. People who for a time truly repented their sin, professed to believe in the saving work of Jesus, and were regular in all the ordinary means of grace such as church going, praying, etc, in a few short years would seem to be unbelievers again.

If you are of a non-Reformed disposition, the notion that someone can be saved for a time and later lose their salvation probably doesn’t seem strange to you. But we know that the Bible teaches that regenerate Christians are eternally secure and will persevere in their faith, John 10:27-29, Romans 11:29, Philippians 1:6, etc. God will not cast us out, not will anything remove us from God’s hand, Romans 8:35-39. We also recognize that those who seem to apostatize were never really regenerated to begin with, 1 John 2:19.

Edwards believed this too, but he knew that the only way to get assurance of one’s salvation was to see the evidence of affections and works in one’s life, that godly affections were a natural result of a regenerate heart, and that godly works were a natural result of godly affections. I don’t know that I am any stronger for having read the Religious Affections, but I don’t think Edwards meant it to be just an encouraging book. He meant it to humble our pride, so that we would carefully search our hearts to “make our calling and election sure,” 2 Peter 1:10. But it’s not just a book for navel-gazing, its a call to work, because “Godliness is more easily feigned in words than in actions.”

From the introduction of Is it Righteous to Be? Interviews with Emmanuel Levinas 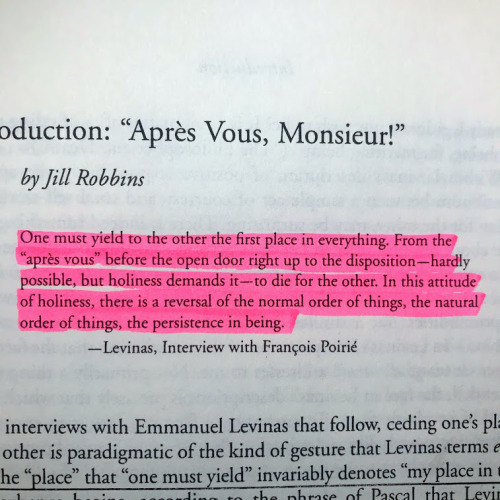 #levinas, #philosophy, #ethics, #otherness, #theology, #being, #is it righteous to be
1 notes · See All
ask-jumblrAnswer

Mod here. Since Judaism isn’t a monolith, askers may want to consider including any FORs they think influenced their response, and/or providing sources or reasoning.