#the untamed#theuntamededit#fytheuntamed#cqledit#yaoyang#sect leader yao#sect leader ouyang#original yaoyang#you can ask candice (candicewright) and they will confirm this is what these two said in the spanish dub#a love confession that doesn't involve anyone being held hostage or dying#a love confession where they both kept their eyes and golden cores#their domestic bliss doesn't involve lies or a town full of puppets#no sworn brother was harmed because of their love#can your otp say the same?#there's more ships but the result is the same#mi otp es mejor que el tuyo
171 notes
yanqings
Text

Do you think being against all clans makes you a hero, a martyr? Do you think that daring to do what’s forbidden will make yourself a great person?

“And with that, [s]he dared the bravest thing [s]he’d ever done, [s]he looked right into his eyes.” 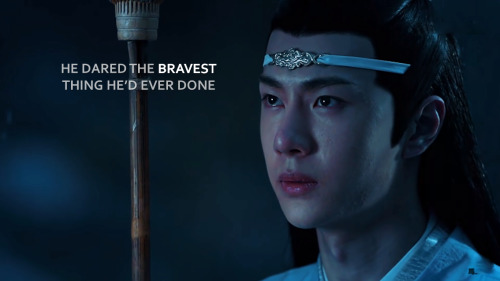 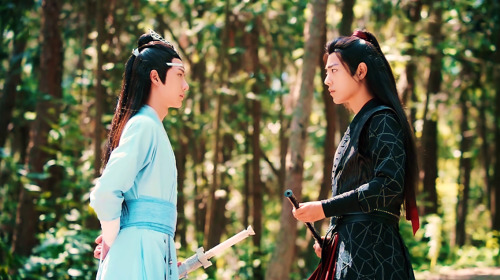 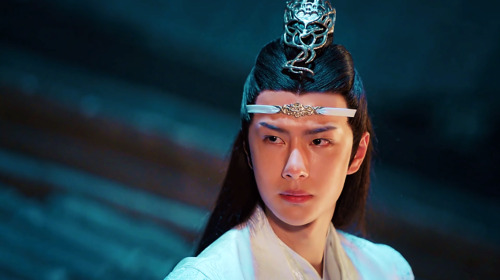 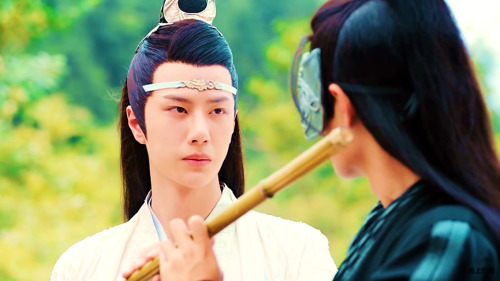 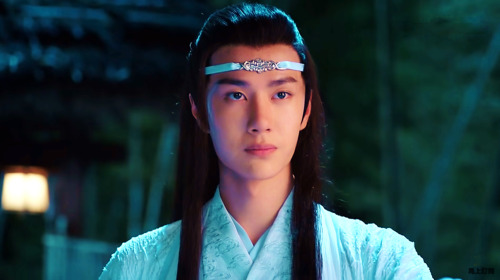 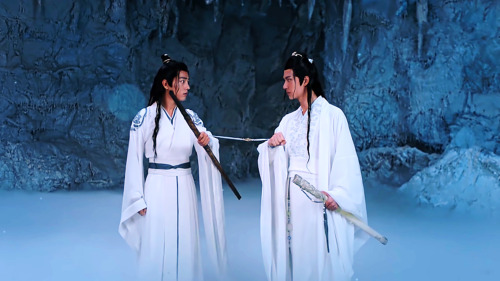 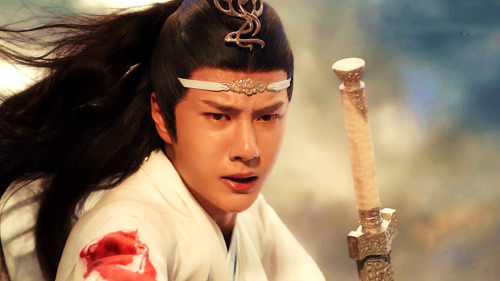 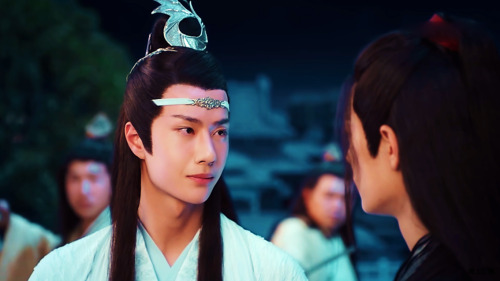 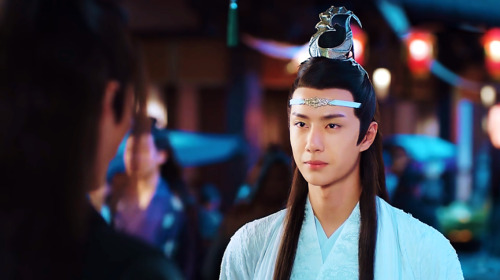 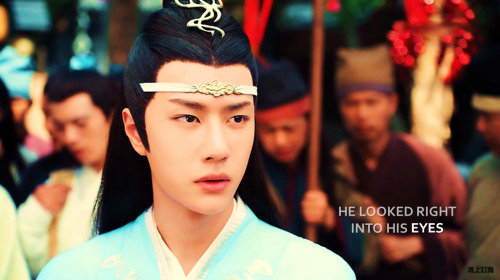 Then again, nobody doubts the fact that The Yiling Patriarch has the power to move mountains and empty seas.

#theuntamededit#cqledit#mdzsedit#the untamed#mdzs#myedits#i vibe with wwx on all levels except i could never be as sexy as him. this fact haunts me#translation is from exiled rebels <3
37 notes
vishcount
Photo

sometimes, hearts come broken, even before love —
come as just that —
with little room for hope.
sometimes, i’m aware i’m breathing —
aware that i need to.
sometimes, it rains and nothing matters. 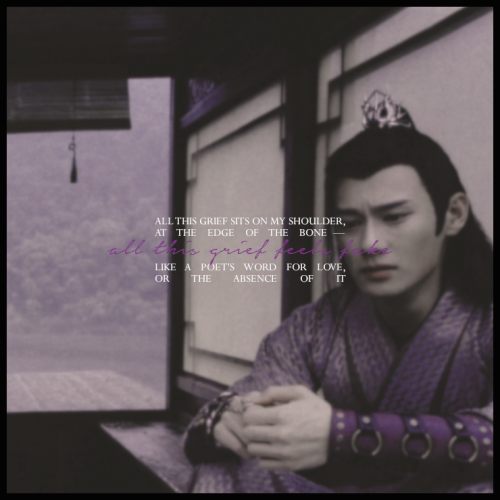 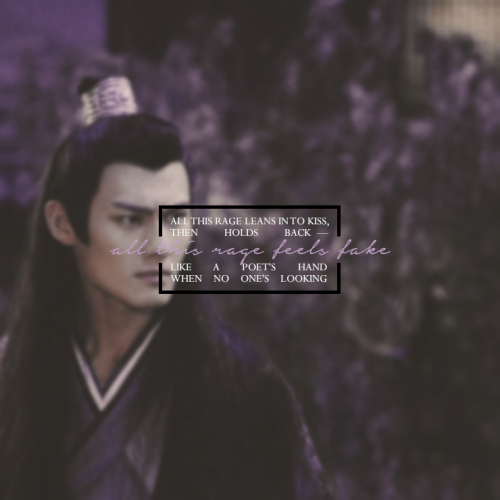 — would be buried with him

yaoyang will try anything at least once

i, wei wuxian, wish that i can always stand with justice and live with no regrets.

#mdzsedit#theuntamededit#fytheuntamed#the untamed#wangxian#otp: in this world somebody still trusts you.#my edits#*mycql#*w1x1#this still Hits#for once... i have nothing to complain about my own gifs i think this turned out nicely for like 1am?
42 notes
inessencedevided
Photo

Every time he tossed and turned as he lay awake at night, knowing he’d never reach the stars using proper means, knowing he’d never wield his sword with the excellence that was supposed to bring astonishment to so many eyes, he wondered if Jiang Fengmiang hadn’t take him back to Lotus Pier, perhaps he wouldn’t cross paths with cultivation his whole life. Then he would have never known that such a magnificent path existed in this world. He’d only be a head beggar who roamed the streets, fleeing at first sight of a dog, or maybe looking after cows and stealing other people’s crops in the countryside, playing his flute to pass his time. He wouldn’t have known to cultivate, and he definitely wouldn’t have had the chance to form a core. With such thoughts, he’d felt much better.

Take it as repayment, or take it as redemption. Take it as he’d never received the golden core to begin with.

After explaining things to himself like this again and again, it was as though he was truly as confident and as nonchalant as he made it seem like on the surface, and along the way he could even praise himself for such a state of mind, whether he was lying or not.

#the untamed#mdzsedit#cqledit#theuntamededit#mdzs#myedits#this part drives me crazy. like the whole part. i wanted to put the whole page#probably gonna make another one with the previous paragraph#translation is from exiled rebels <3#hey siri why do my gifs get worse each day 😭
43 notes
lan-xichens
Photo