Trending Blogs
#they deserve to be happy
peridotbelleText

Elizabeth smiled as she watched her husband and daughter fuss over the cutting of the cake, Emily protesting loudly as John swiped a stray blob of chocolate icing. “Dad, knock it off!”

“What, you mean this?” Quick as lightning, he scooped up another fingerful and, grinning, globbed it onto her nose, earning a shriek and a punch to the arm. “Come on, Em, why are you playing with your food? People are waiting for cake, let’s go!”

Emily growled at her father with a mock glare but dutifully put a slice of cake on a plate.

Elizabeth laughed, then started in surprise as a pair of arms wrapped themselves around her shoulders.

Elizabeth placed a fond hand on her son’s arm, basking in the affection and wondering bittersweetly when he’d gotten so tall. Wasn’t it only a blink ago that she’d had to kneel down to look him in the eyes? Quite a few birthdays had passed since those days.

Emily paraded over with the cake and presented it with a ‘ta-da’. It had been a joint effort with her friend Rachel, and her green eyes were eager as she handed over the plate. “Happy Birthday, Mom.”

Elizabeth gave all due praise as she ate — it really was very good cake — and was almost through with the slice when she noticed John skulking about with one hand suspiciously behind his back. Warmth — a rush of endorphins that had nothing to do with the chocolate —spread from the pit of her stomach to the top of her head. She had never found out exactly what had prompted him to find out her birthday that first year, to give her that first gift. But after all these years… She met his eyes and smiled. He hadn’t missed one yet.

Birthdays are always a big deal in the Sheppard household, but especially Elizabeth’s. ❤️

#they deserve to be happy, #Sparky fam, #domestic bliss, #you live in a floating city of course you go to the beach, #john x elizabeth, #sparky, #john sheppard, #elizabeth weir, #sparktober, #stargate atlantis, #my art, #SGA kids, #my babies
21 notes · See All
tbtssstuffText

Honestly I may wrap up Fan Made soon. Like I’ll see it through to the end, but it won’t have as many parts as Creative Soul or Euphoria. It’s okay people didn’t like it as much. I hope to do better with Wings of an Angel.

#sad, #I liked fan made though, #but not a lot of people do, #and it kinda discourages me to keep going, #I will see it through though, #I owe that much to yn and Jimin, #they deserve to be happy, #fan made, #tacoadmin, #tbtsstuff
4 notes · See All
tokkiiasText

Anyway y’all ever think about how kaito knows that maki can protect herself but he still wants to protect her bc he also knows just how much shit she’s been through and she just needs someone to hold her and tell her everything is gonna be okay, and kaito wants to be that person for her 🥺

#mya's mumbles, #kaimaki, #momoharu, #this probably is not very concise or make sense or whatever but djskskdbdn, #I’m tired and sad and I love them a lot, #they deserve to be happy
31 notes · See All
seffersonjtarshipText

My blog is simply a never ending passage of Dean looking at Cas and Cas looking at Dean and Jensen looking at Misha and Misha looking at Jensen and one or two poems about yearning why does ANYONE follow me?

#cockles is so adorable it should be illegal, #i mean, #i know it is wrong, #to ship real people, #and i am so against any other ship, #but what is going on w Jensen and Misha?, #and, #WHY, #TF, #CAN IT NOT BE ON SCREEN, #dean, #cas, #need to go canon, #they deserve to be happy, #destiel, #has to be the ship with, #so much, #pining, #yearning, #and they look, #so fucking good, #together, #@cw, #i am looking at you being fucking, #cowards, #and dare i say, #homophobic queerbaiters, #I HATE YOU
35 notes · See All
things-that-nobody-askedText

Literally them almost all the story

Chun Sam: I will now torture you.

Chun Sam: [smiles] I think you are sweet and beautiful.

Chun Sam: [moving toward him] You deserve to be care for as much as you care for others.

Min Gyeom: [backing away] No.

Chun Sam: [trapping him in his arms] Your feelings and needs are valid and deserve to be heard.

#I love them sm, #they deserve to be happy, #if jade does more with them I just want to see them happy with their daughter, #bc they have one, #da-on, #she's beautiful, #park min gyeom, #(NOW KIM), #kim chun sam, #raising a bat, #bagjwi sayug, #incorrect quotes, #ship quote, #source: tumblr, #I guess
3 notes · See All
lordesilversteinPhoto 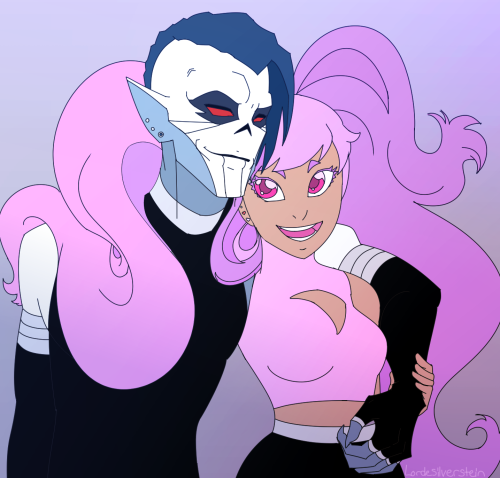 #im just a soft pile of mush at my heart, #i may put characters through the ringer, #but i can't just LEAVE them in the pit of despair, #they DESERVE to be HAPPY, #do i live in the everyone lives aus too much? maybe, #myth rambles, #sorry i'm playing with writing things and was thinking dhdhdgdg
7 notes · See All
theghostinghoursText

#uggggghhhh i love him, #someone get this man some anti curse juice and his family PLEASE, #they deserve to be HAPPY, #r o s h p l e a s e, #i also want to know what happened to his family, #and how he became cursed, #OH MY GODS WATCH IT BE THE COUNCIL, #or some new character, #idk, #i just want to know, #its my biggest wonder of the series, #yes even above kara lol, #ok back to the golden man, #he gave up so much???, #like what??, #:(((, #The Pandava Quintet
5 notes · See All
chaoticidiottText

#shayli stfu, #but seriously they're cute, #they deserve to be happy
0 notes · See All
thesimsroyalfamAnswer

I KNOW RIGHT. But just sit back and watch the chaos 👀 it’ll only get worse from here lol

#why do i always do this, #they deserve to be happy
9 notes · See All
whisperintoearthText

no i’m not reading soft jonmartin fics, fuck off, you’re a liar

#it's all hurt comfort, #someone help me, #they deserve to be happy, #dammit both of you, #alex and jonny, #jonmartin, #tma, #i need this
15 notes · See All
amoosewithflannelforfurText

Me: I don’t really ship Sam with anybody

Continuation of the Sam, Leah and Em headcanons

- When Sam firsts asks out Emily she laughs him out of the room and he sulks to Leah for a day and a half. She just rolls her eyes at him “you asked me out 4 times before I said yes, you wuss” and Sam glares at her but asks Emily out again. Em refuses to say yes until Leah has a serious talk with her about how she broke up with Sam and how they both deserve to be happy. Why not try it with each other?

- Emily can’t say no after that because she’d do anything for Leah, even go on a date with her ex. The night of their date Seth spends the whole time with Leah, annoying her to the point of thinking about murder. But she appreciates it more than anything, though she’d never tell him. Seth is PISSED when he finds out that Sam and Emily are dating but calms down when he sees how happy they are together and how Leah is actually okay with it.

- The accident never happens and Sam never attacks Emily and she’s never hurt. Leah absolutely panics when she shifts and then Seth shifts and it’s a complete clusterfuck and pure chaos as both Sue and Harry watch their children run around the yard as huge wolves. Harry doesn’t have a heart attack because he didn’t deserve to die.

- Leah is the first person Sam talks to about proposing to Emily and Leah bursts into tears because she is so happy for him. And she can see how in love with each other they are are and how happy. When Emily asks her to be a bridesmaid she squeals out a Yes! and they hug for a long time.

yasuho and josuke are so soft… i love them….

#theyre so cute, #they deserve to be happy, #tonetalks
0 notes · See All
blessthisfinemessText

After all this bullshit and craziness with the Clantons, Nicole better prepare a one hell of a heartfelt speech, get down on one knee and ask Waverly to marry her with a princess cut diamond ring she truly deserve.

Me staying in chapter 2 and ignoring the incoming disaster:

The teens of arcadia deserve to all chill out together. Just crash at a friends place all together and vibe. Hang out, eat pizza, play video games and be stupid. They’re just kids. They deserve a day off.

With that being said, imagine them pulling all nighters with eachother and just… losing brain cells the more they stay up yknow?

Douxie: dont you dare say it.

#just, #yknow how british accents do be soundin like that, #no offence i love ANY accent seriously, #but these kids, #they deserve to be happy, #they deserve all the love, #toa douxie, #toa, #wizards, #tales of arcadia, #trollhunters, #jim lake junior, #jim lake jr, #claire, #claire nuñez, #steve palchuk, #toby domzalski, #hisirdoux casperan, #douxie
510 notes · See All
midnightdotdragonText

I just finished all of adventure time

And oh my god it’s been so long…

#im cry, #i really needed this, #i want more aaaaangst, #they deserve to be HAPPY, #anywho. im probs gknna do some art of it, #your regularly scheduled gravith falls dump.will be back after these short messages, #thank you, #adventure time
2 notes · See All
Next Page