Tumgir
AboutPrivacy Policy
AboutPrivacy Policy
Visit Blog
Explore Tumblr blogs with no restrictions, modern design and the best experience.
Fun Fact
Tumblr has over 100 million blogs, and only 167 employees.
Trending Blogs
#they kind of have to
tvmusiclife
Text

PRETTY MUCH.  Give him good food and small friends to play with and he’s 100% on board.

okay well rationally i know that if I just…shaved my head I’d have to deal with all my hair growing back in and I’d absolutely LOATHE having head stubble all over but oh my god I haven’t had to deal with this much hair since before college and I need it to be gone!

#COMPULSORY YELLING ABOUT HAIR TIME ENDS NOW#love a good little patch of undercut hair stubble but not a whole heads worth#at least this means I'm having to get less squeemed out about encountering long hairs places#I'm kind of like...a cat facing off with a cucumber when I run into a random long hair#I don't know why but I Do Not Like It
0 notes
skrillien
Text

HEY if you have a canine oc DM me a ref n I might draw them, I wanna practice drawing canines. one char per person, I’m capping it at around three chars per site. blah 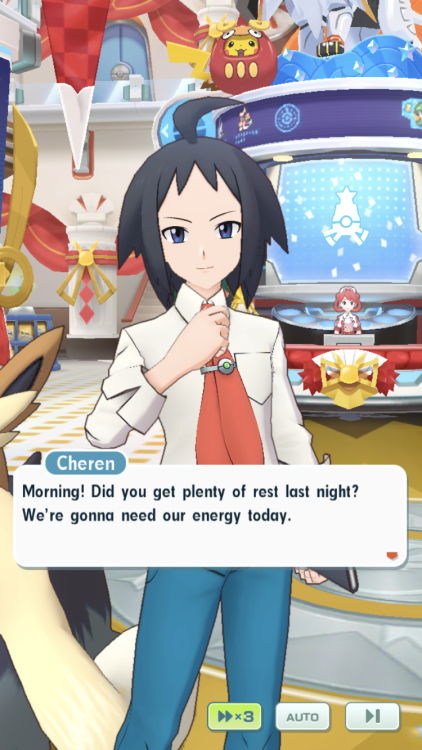 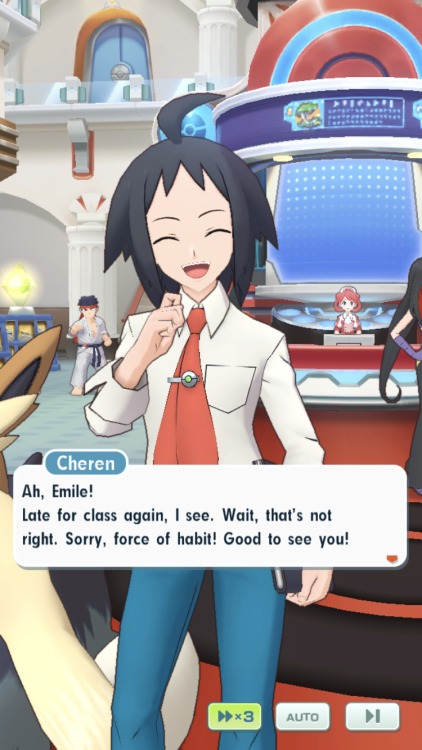 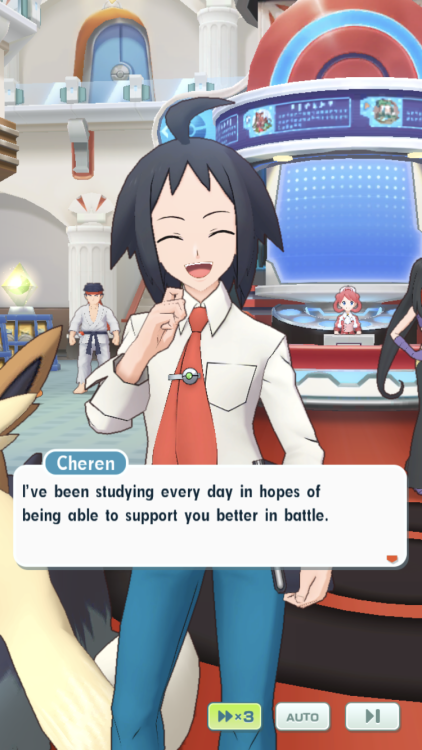 #Cheren#Is he a romantic F/O???? Is this what's happening???#My BW S/I is his like best friend along side Bianca#So I'd have to make a different S/I for BW2 sense that's where cute teacher Cheren is from#And I honestly have no idea what to do for that one#but brain says Cheren cute#Pokemon Masters is just making me feel all kinds of ways about characters I didn't normally think too hard about#Like Grant???? Been thinking way too hard about Grant#He's adorable and I'm loosing my mind over him#and Nanu who I always thought was a bit overrated#but god... god he's such a dad in Masters actually#When they give me things I want to cry like#Yes thankyou so much for these 3 skip tickets I'll use them wisely I promise god you're a blessing#Molayne doesn't have enough lines and that's criminal he's a sweet heart and deserves to talk more than just about Kukui
0 notes
a-dragons-journal
Answer

Oh, it’s not even that, to be honest - I have trouble sticking with projects, but it’s also the difficulty/complexity of setting it up in the first place, since I don’t want my face in the videos (I don’t like putting my face online, generally speaking) and would thus have to a) draw a bunch of sprites for myself and b) figure out how using those sprites actually works xD And then find time and opportunities to actually record the audio for videos (or podcasts, since that would probably be an easier thing to do), since I don’t live alone and I don’t want to explain myself to the person I live with. It’s juuuust a big enough hurdle to make me and my executive dysfunction balk every time I come back to the idea, even though it’s something I would like to do at some point.

#i'll probably get to it eventually it's just a question of when#also i'd have to write scripts bc otherwise i'll go off on 20-minute unrelated rambles every five sentences#because again: adhd jslfkjdslgksjd#and that's another extra layer of time commitment to it#it's smth i've thought about a lot i'm just kind of poking the idea with a stick rn#asked and answered#centuriosenex#rani talks
4 notes
prompt-master
Answer

I do like the intruige of no one knowing who tried to commit the murder for sure. Thats definitely interesting.

aw this is so sweet! so there’s more info about them over at my oc blog, @kendelias (the masterlist they’re listed on is here), but i’ll give a lil bit about each of em!

milo is an oc for community (yes… i know embarrassing but who am i to pass up donald glover), love interest troy barnes. he’s the artsy gay english major they were desperately missing. his backstory is similar to annie’s in that he was supposed to go to an ivy league and then had to drop out last minute, ending up at greendale. he ends up finding out who he really is and also friends he never had with the study group. i was tired of not seeing any gay rep so i made some for myself.

josephine is a charmed oc! she’s for chris halliwell (because im right <3), and she’s his best friend who comes back in time with him to help him out (unbeknownst to him). part of her appeal is… just being a normal woman with magic powers. somebody needed to help keep that dummy in line and so she exists.

my most recent (official, not spurred by a mental breakdown, actually listed on my blog) oc is for an anime called free!. her name is skye robinson, she’s a foreign exchange student and her love interest is seijuro mikoshiba. i’ll spare you of the details of her and the one that keeps entering my brain against my will but yeah that’s her.

i made my oc taglist pretty recently tbh!! quite a few people asked me to be on a taglist, so i asked if anyone would have any interest and surprisingly people did. so tbh just ask, put the idea out there, and people will respond.

1. Why specifically a lesbian?

2. Please stop calling me my dead name I told you it makes me extremely uncomfortable and I gave you an easy option

3. The fact that I not believe in your god doesn’t have anything to do with the way he is seen by most of christianity (in fact according to the bible god is gender- and attraction less (and just happens to be called by he/him because men were seen as superior when people started writing down those texts)

4. I wanted to write more but I forgot it and honestly, I’m just tired

#trans#btw my mom kind of wrenked (yes that's a word(is that a word?))#her thumb and therefore bought stabilisation tape and I bet one could do stuff with that#I'm not gonna do it though#just thinkin bout it#still have to do biology and chemistry...#I'm probably gonna order those books from my local bookshop before the next corona rules come out#always wanted to read magnus chase#and comet in moominland#i really don't wanna do my schoolwork#we have that gene stuff in bio#i hate it#so yeh.....shit's fucked up sometimes
1 notes
soft-cheek
Text

#Bethany's art#i was big sleepy and still kind of am#they have fun concepts though!#coming up with designs was hard tho without concrete references haha#i redrew each one like so many times
1 notes
weavinglight
Text

school: we need you to take the drugs and alcohol literacy course we make all incoming students take, and tell us if it’s accessible enough.
me: comes back two hours later with a long list of shit to fix
school: oh.

#if ur gonna make students take a 40 question quiz about drugs and shit before they  go through the course#they should not have to take the course AT ALL if they pass with an 80% or better#bc then you making them take the same quiz AGAIN at the end#it will just make people  mad#and lmao some of the quiz questions were missing correct answers#and/or were worded in a way that is a NIGHTMARE for anyone with a learning disability#this kind of shit should be put up by disability resource workers from the start tbh#i am but a vessel for pasta and that's valid :: ooc
2 notes
dykenoi
Answer

Anon you’re sweet but I literally cannot imagine anyone fearing me (am I intimidating now?? Have I done it??) and also I am SO sorry I have done something to convince you I can top because that’s the entirely wrong impression.

ranch anon, you are a delight and this is so sweet of you ♥️ I just started back at uni today so this was deffos needed lol. your life sounds so interesting I swear 😂

sharing this with anyone else who needs a laugh today 💕

Make living in the future worth it a little bit

#almost half of my followers are post-UA so maybe im not a great person to ask?#but I'm also kind of a middle ground?#im not a huge blog but i do have just under 2k#anyway#asks
6 notes
jaerembert
Text

We will continue to fight for justice for our people. We will never stop.

#still becoming#martinlutherkingjr#martin luther quotes#inspiration#i have a dream#equality#equal rights#america#mlkjrday#MLK#martinlutherkingquotes#martinlutherkingday#martin luther kind jr#coretta scott king#justice#tumblr quotes#qoutes#daily qoute#black lives have value#black lives matter
0 notes
burkysky
Video
#im always fascinated by how candid he is giving interview to our tv..idk if it's the lack of media training or the fac that he treats those#kind of facetime call back home to his friends but! i love that for him#also if the translation seems off at times it's bc i tried to translate without cleaning up any mistake he might have made in italian#he speaks very well but some expressions are a little bit off and i find it endearing#elvis merzlikins#columbus blue jackets#*
9 notes
pauvre-lola
Text

allow me to vent abt work for 5 mins blease i have to contact an author tmrw and i am not feeling it mr krabs 😭😭😭 because He’s A Very Difficult Man With A Very Big Ego ive met him twice in my life and every time i had to Control Myself to not deck him hard in the face :) :) :)

#everytime this man talks i take psychic damage#txt#hes very very pretentious and that sthe kind of ppl i have the most trouble dealing with bc WHO ARE YOU !!! WHO ARE YOU !!!!!
18 notes
moxy-by-proxy
Text

i made a uquiz! reblog this and let me know in the tags “which one of my ocs you are” maybe?? ^^

#i tried to make it unique ajkdajkjks#there was an attempt#is this just an excuse to talk about my ocs?#yeah kind of#i have a lot more but these are the main ones i use#also if anyone does this and wants to know more about them i would be honored to tell u more#anyway enjoy!!#paige.txt#paige rambles#oc#original character#original characters#okay to reblog!
13 notes
marcvs-antonivs
Text

when I used to make secondary accounts, it was because I was trying to cut up parts of myself to be more digestible for people. you know, easier to pick and choose which parts of me were the content people wanted to see, etc. which led to a bunch of other problems.

but now. I am thinking of making a secondary twitter account, not for any of these reasons, but I have thoughts on how Zhang Qiling and Wu Xie have entire conversations with each other just using their eyes and I have a lot of screen caps I want to organize

#i also have a lot of lost tomb/guardian fan art i want to post but dont necessarily want to post here#not for any particular reason other than that its a LOT and it'll take me awhile to figure out what good for tumblr bc i didnt use any#kind of standard canvas size that i know works for this nightmare site RIP#me trying to figure out how to crop my own weird sized canvas: why did i not draw a grid. WHY DID I NOT DRAW A GRID
4 notes