My gender really is just dyke with trauma at this point.

Snufkin from adventures in moominvalley is a he/they lesbian, and his gf moomin is a they/them lesbian!

can someone explain to me how no one as a problem with feminine gay man using she/her pronoun almost regularly but have a problem with lesbian using he/him or they/them pronoun.

like for a lot of lesbian being a lesbian strip them away from their womanhood and only leave them with the fact that they are lesbian. also it isn’t a new thing, many elder lesbian talk about the fact that they didn’t identifie as women but as lesbian. the fact that they aren’t attracted to men and do not seek relationship with men is one of the big reason that enbies lesbian exist. it isn’t an oxymoron enby lesbian are valid and they have always existed it’s just that they just started calling themself enbies. there isn’t any reason as to why you also shouldn’t respect their pronoun don’t be a fucking asshole

some bucky bear icons as a gift to mod ⭐ for having me on this blog! the flags are he/him lesbian, they/them lesbian, psychotic lesbian (couldn’t find a creator) and nuerodivergent lesbian (by @draculesbo) i hope you like them! 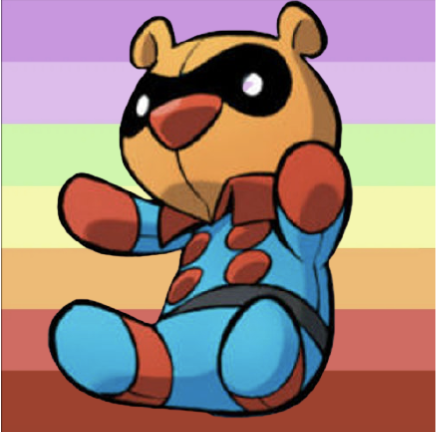 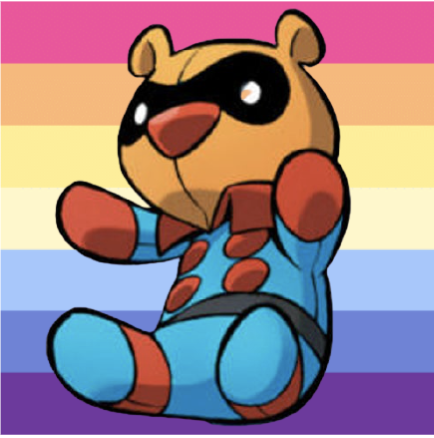 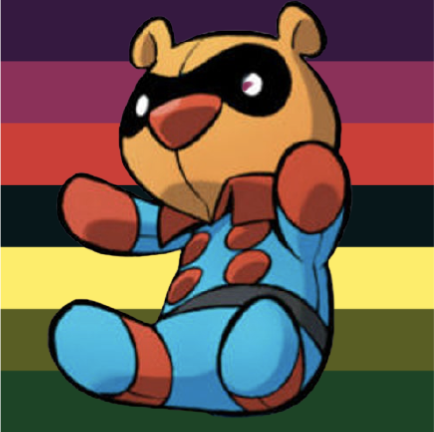 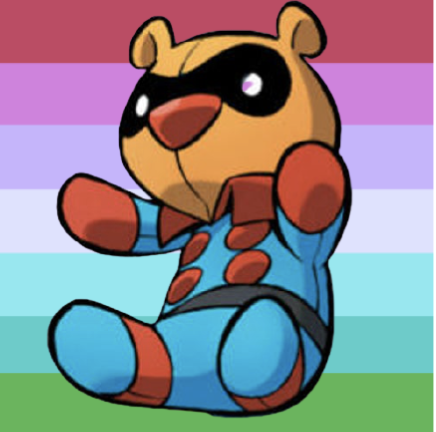 Squirrelflight is a they/them lesbian and Tawnypelt is a demiflux lesbian, and they are dating!
Requested by Anon! 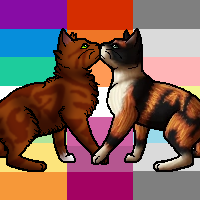 do not use theysbian/hesbian if you’re not a they/them or he/him lesbian. both terms have been used as mockery, to be lesbophobic against us and to separate us from the lesbian community. we are not “another kind of lesbian”, we are lesbians just like any other and it’s up to each lesbian that use those pronouns if they’re okay with being called it or if they want to use it for themselves. i’ve seen many people that aren’t even lesbians using these terms and it makes so many of us uncomfortable and it’s definitely a red flag. please keep that in mind and tell others about this when you see someone doing it. as lesbians we can choose if we want to be “funny” about something that harms us as a way to empower ourselves, others should never do it.

they/them lesbian: a lesbian who feels that the pronouns they/them fit best

#anons, #they/them lesbian, #I rarely see other they them lesbians too so it’s nice to see I’m not the only one!
7 notes · See All
praisethelampsText

This one is for all the lesbians who use pronouns besides she/her, I’d die for u ❤️🧡🤍💖💗🏳️‍🌈

I’m sad I didn’t get this done in time for International Lesbian Day, but it’s okay because it’s always a good day for appreciating lesbians

Free for use by all!

here to remember that he/him and they/them lesbians are and always will be loved and valid!!!

Oop guess who realized each of her dnd characters are each a part of the lgbtq+ community ;)

#xaria campaign, #iceborn campaign, #etc, #I love them all, #Rosie is a lesbian, #Lighthouse is ace/aro, #Xune is trans & bi, #and one of my back up characters is bi, #and then another character idea I have is ace and possibly aro?? I’m still thinking them out, #anyways I love them all and I WILL draw them all with their respective flags
1 notes · See All
Next Page