As a bottom, I can confidently say that Draco Malfoy is, in fact, a bottom. A power bottom, but still a bottom.

Thanks for coming to my TED talk. lol

#stop talking abbie#this is crack#/j THIS IS A JOKE#i just can’t find any of the really cool fucking headers and it’s making me upset#you know the ones#with the white at the bottom? those#grrrrrr
5 notes
heller-jensen
Text

not to fuel the j/2 fallout theory but

[ Text: Anne ] I can’t imagine who would be able to slip a plant into my office without anyone knowing anything about it.
[ Text: Anne ] Would you happen to know, Director Kane?
[ Text: Anne ] Have you any secret files on Santa Claus?

I was watching the Mandalorian last night, and now my brain is running away with AU cross over plots.

Stiles is a mechanic, but can speak a lot of different languages. Mostly because he was bored and researched a lot and taught himself. He geeks out over Mando’s ship. His dad is the Sheriff of the town they live in. Also maybe do a sort of twin AU and his brother Stuart works with technology and data.

Derek lives on the outskirts of town and will sort of randomly help the sheriff maintain the law sometimes. Mando comes to see Derek because he’s been told Derek can help him in some way. And somehow they all get involved.

you see, i have one (1) ship my brain gremlin came up with and i love above everything else.

i refuse to believe that the daughter is dead. that whole episode was just her and her brother pranking the shit out of anakin

this is literally my star wars otp.

Hah heres some stuff that happened during Among Us

the road to el dorado but its spamano

human au spamano featuring france, italy, portugal, turkey, some of the germanics, n maybe more but i don’t remember bc this was originally written like three years ago

prepare to be underwhelmed

synopsis: literally just,, the road to el dorado (the dreamworks film, if u haven’t seen it i highly recommend). but w spamano and on large amounts of crack.

WHAT THE FUCK IS GOING ON WHAT IS THIS STREAM

‘Our muses get drunk together at a Christmas party and decide to make this party lit.’

It takes quite a bit for Hades to get tipsy, let alone drunk, but when he’s got Eris by his side and they’ve settled in Dionysus’ bar it’s a lot more easy. Dionysus is known for his good drinks, after all, and when there’s a sudden party starting as well, it isn’t all too farfetched a thought to think that Hades might join in the celebrations. Especially when Eris takes one look around the room, raises a well-sculpted eyebrow at him and challenges him to make this party ‘the best party this city has ever seen.’

So now here they are, with considerably more drinks in their system than they had just an hour before, and he knows Persephone is going to kill him when he comes home this drunk, but on the other hand who knows what she’s doing tonight - she might not even be home before morning. So he’s enjoying himself thoroughly trying all kinds of Dio’s wine as well as holding little competitions with Eris that leave the demigods around staring in shock.

Nothing’s off limits when you’re two gods who’ve known each other since before time, and so somewhere down the line finds him standing atop the bar, throwing darts at a moving board - blindfolded. Now this is a particularly fun activity to play in the middle of the night with a good glass of wine in hand, but at the same time he is still who he is, and so him blindfolded and half out of his mind means a hellhound shows up to check up on him and make sure he’s alright.

Only this one just so happens to be Cerberus this time, possibly bored in the Underworld, and the three-headed creature of every human’s nightmares decides to stroll out of the Underworld right in the middle of the bar, taking a dart in the shoulder for the effort. Upon receiving a disgruntled huff from his favourite pet, Hades takes off the blindfold, laughs at the sight of a disgruntled Cerberus surrounded by terrified drunk demigods and then steps off the bar, forgetting how high up he is so he simply just falls face first to the floor. Rather than saving himself, he saves the glass of wine, which promptly gets slobbered empty by one of Cerberus’ heads, another one nudging Hades worriedly while the third one keeps a watchful eye on their surroundings.

“I’m good!” Hades manages to bring out from where he’s giggling on the floor. “Don’t do that, Cerbie, that tickles.”

Hello, I am not sure if this makes sense but neither did the finale so it doesn’t matter. Thank you @honeybeelec for supporting my stupidity

Y'all ever wonder what it’ll be like to have the level of charm and chaotic energy of one Dean Winchester, that you could make a cosmic entity, a literal angel fall in love with you?

The Italian dub intern who accidentally leaked the footage and knows CW is coming for them:

Bruce: Dick, what are you doing up there?

Dick: *swinging on the chandelier* What are you doing with your life?

… crack now “remastered” with slight colour. This was the first fanart I ever posted ^^ way back when I didn’t have a scanner 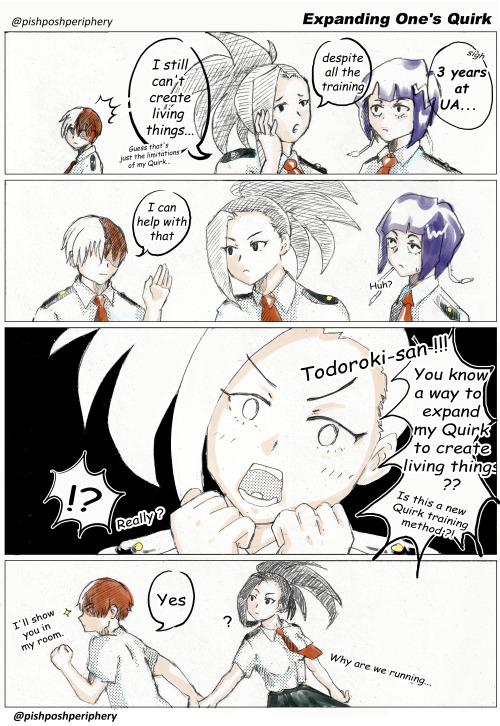 @thisainttheway and I collaborated on a fic for y’all! This was requested by the lovely @beskars because she encourages us everyday to get into writing - love you bby 🧡💙👅🎀🦆

THIS IS CRACK - YOU HAVE BEEN WARNED.