Trending Blogs
#this is not a drill
cursed-taleText

My neighbors have been grocery shopping for us since too many of my household is high risk. All they’ve been asking for in return has been baked goods (and we’ve been paying them despite them repeatedly turning down money) and our masks, since we have access to sewing machines and material. We made masks for my coworker’s family and as payment accepted homemade bread.

Like this world is a hot garbage fire right now but like…I really like these exchanges. It feels so much more human than handing someone pieces of paper.

#i dont have a tag for this, #its just been something ive enjoyed, #this is not a drill
1 notes · See All
edwardslostalchemyPhoto

IZUKU CARING ABOUT HIS BOYFRIEND, THIS IS NOT A DRILL. 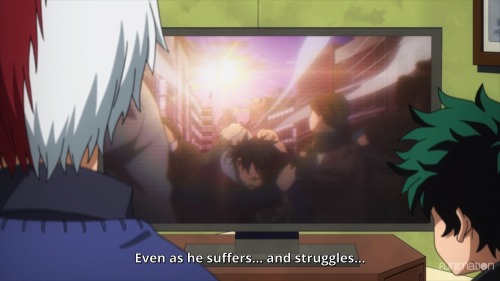 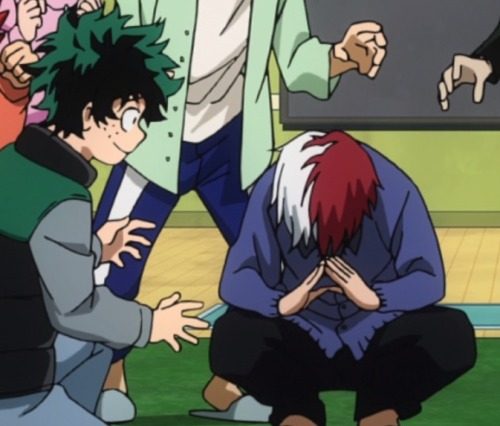 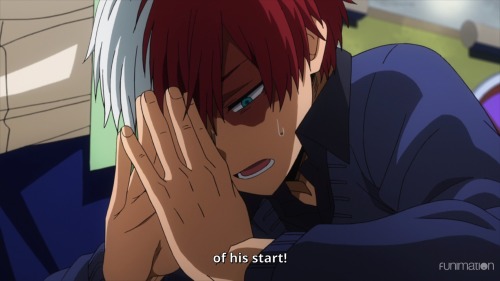 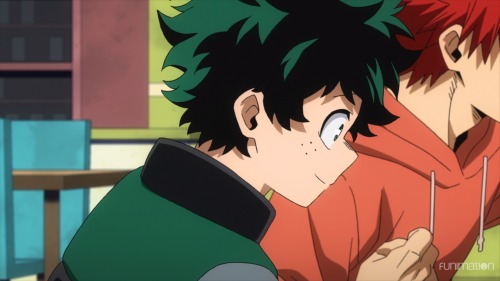 #THE PERKS OF BEING A WALLFLOWER IS ON NETFLIX, #THIS IS NOT A DRILL, #i love logan lerman, #and emma watson, #and ezra miller, #whew and paul rudd, #basically everyone in this movie, #time to go cry, #nonsims
3 notes · See All
swpromptsandasksAnswer
Lordofgrief: oh wow, what is the council going to do? I mean, Obi-Wan brought up some valid points to why they can't throw him from the order but I can't see them not doing anything?

Rubbing the back of his neck, staring forward, Anakin opened his mouth then closed it before slowly shaking his head and turning it to look down at his old master, eyes wide. “Did that just happen? Or did I enter a twilight zone?” He questioned, ever so slightly disturbed.

Raising a brow in return, Obi-Wan tilted his head before reaching out and grasping the blond by the elbow, pulling him along towards the elevator. “I’m sorry, did you want me to be severely punished?” He drawled out, chuckling under his breath as Anakin spluttered.

“No!” Anakin protested, hitting the buttons with his fixed mech hand before sighing deeply and rubbing the back of his neck. “But it’s the council, I don’t… I expected… more?” He finally settled on, shoulders slumping.

Settling Anakin’s arm into the crook of his, Obi-Wan leaned against the taller Jedi and rested his head against the others shoulder, saying nothing for a few minutes.

Opening his mouth, Anakin hesitated before closing it, uncertain what to even say in response to that.

He wanted to claim it was a rush promotion, to claim the war was the only reason he had become a knight.

He was still alive.

The war raging and threatening everything he loved.

And yet Anakin was alive, a testament to his skills and to Obi-Wan’s education, to the experience the two had through the decade, to the time they had spent together, learning to work together.

Because that was why Anakin was alive.

Because Obi-Wan had been there every step of the way, teaching, guarding, cheering up.

Even when he knew that Anakin was holding secrets, because Anakin knew that Obi-Wan wasn’t stupid.

And yet he still tried to reach out.

Glancing back at the other, meeting those golden eyes that were once green as a lush field of grass and now golden as honey, Anakin gave a weak shrug in reply.

It was all he could do.

“They trust you, even if you do not trust them. But they are trying their best for the whole instead of the single. They… just loose sight of it sometimes. And sometimes, they need to take the hard decisions no one else will take.” Obi-Wan continued, humming faintly.

The job of leaders were hard, Anakin had done hard choices since the war began, risking his life, risking his men and risking Ahsoka and even Obi-Wan.

Though he had often chosen the latter two over the former, to his own shame and guilt.

Instead of calling Anakin on any of that, Obi-Wan chuckled just faintly, still resting his head on Anakin’s shoulder while keeping his grasp on the arm in his. “As it is, I am not shocked at their decision. By now the Senate is aware of what I’ve done, by now the Chancellor has been informed of Grievous and by now the news channels has caught wind of something big going on, it will be reported and if I was… removed form the order for such a ‘valiant’ action, it would reflect badly on the order as it would remove me from the army, so in essence I remain a ‘Jedi’ for the public but not in the temple.” He hummed faintly.

Saying it like that made Anakin understand slightly even as he wanted to call the Jedi order on the hypocrisy of not keeping to the ideals of the order.

Not that they had been keeping to the core values of the order since the start of the war really, even if they were desperately trying to.

But considering he was a married man, Anakin was the last who should point that out.

And honestly, Obi-Wan having his title as master and council member taken from him and remaining a Jedi simply in name only was painful enough as it meant that there were many things Obi-Wan would not be able to do in the temple anymore.

And he knew that Obi-Wan would be under watch.

That had been implied rather loudly, to the point even Anakin didn’t miss it. “…Will you be alright?” He finally whispered

The door pinged open to the floor of the living quarters, a guard already waiting and clearly watching them behind the blank mask as Obi-Wan pulled Anakin out of the elevator.

Golden, fallen eyes pinned him in place, made him feel naked as Obi-Wan stared at Anakin, his eyes creasing with his soft smile. “As long as you are fine, I will be alright Anakin.”

Those words were both a relief and a burden.

For in this war, Anakin could promise nothing, even as he tightened his hold on Obi-Wan’s arm in turn.

you got it, anon!

MOON IN THE WINDOW UPDATE SCHEDULE

it’s about time we finished it, don’t you think?

#this is not a drill, #we finishin MITW yall!!, #moon in the window, #ask
12 notes · See All
cursed-taleText

Two friends of mine have tested positive to COVID.

#one of them is an ems driver and has definitely been exposed, #but oof, #this is not a drill
0 notes · See All
taupewolfyText

#THIS IS NOT A DRILL, #it's the 10th anniversary i had a strong feeling this would happen, #BUT STILL AAAAAAAAAAAAAHHH
2 notes · See All
hheroesText

#THIS IS NOT A DRILL, #MY SON GREW, #HES TALLER THAN WINRY, #SOUND THE ALARMS, #lizz watches fmab
3 notes · See All
the-party-of-clowns-outsidePhoto 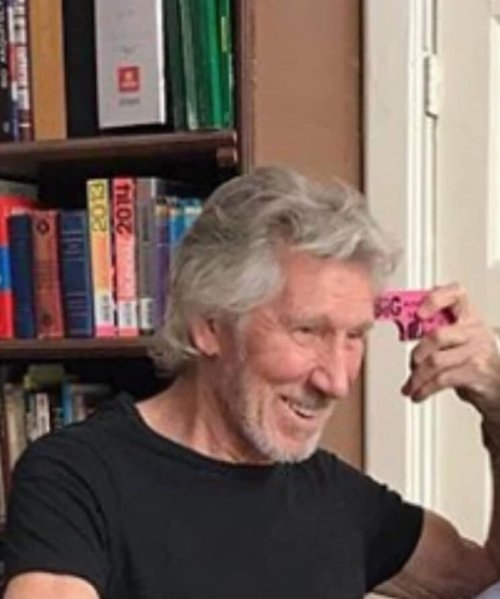 This is Not a Drill: Roger Waters Tour Pushed Back to 2021

- “If it saves one life, it’s worth it,” former Pink Floyd bassist says

While many artists are moving spring and early-summer dates to the fall, Waters - whose North American trek was to be called This is Not a Drill - is closing the book on 2020 and looking forward to 2021.

“Bummer, but if it saves one life, it’s worth it,” the former Pink Floyd bassist said in a statement.

Ticket holders are advised to await news on the 2021 concert dates.

Online teaching is over. Time to get lost in FGO.

#[The doctor's resting: Jolica talks], #i'm NERVOUS, #this is not a drill
2 notes · See All
sharpe-canaryText

I REPEAT CAITY LOTZ HAS TIKTOK📢

#this is not a drill, #tiktok, #caity lotz, #now we just need Jes on there, #legends of tomorrow
23 notes · See All
uhmnahhText

#this is not a drill
3 notes · See All
5pecialteaText

OKAY GUYS ITS NOT A DRILL… 30 MINUTES LEFT OF LUCIFER. I WILL FINISH THIS SHOW!!!

#aka lucifer right now, #lucifer x chloe, #lucifer morningstar, #watching lucifer, #lucifer, #chloe decker, #binge watching, #finally finishing, #finishing, #i am going to do it, #this is not a drill, #college student, #college life, #adult ish, #chronicles of a sick person
2 notes · See All
tangled23worksLink
My Songs Know What You Did In The Dark | Archive of Our Ownhttps://archiveofourown.org/works/18804658/chapters/55836109#workskin

So… it’s finally here. The third part of Eyes On Fire. I apologize to those of you who have been waiting for so long and I hope that this update makes it up to you.

Also, I have to mention that this chapter is rated E. As always, don’t read it if you you shouldn’t.

#olicity fanfic, #my fic, #this is not a drill, #it's an actual update, #hope it's worth the wait, #this includes, #a little bit of violence, #a lot more sexytimes, #read at your own risk
17 notes · See All
jingleboneText
#SHE POSTED ON TWITTER, #IS HER GEAR GONNA BE BLACK AND GOLD???, #I'LL FUCKING DIE, #THIS IS NOT A DRILL, #THE QUEEN HAS A NEW ROBE, #CHARLOTTE FLAIR, #I'M EXCITED FOR MANIA BECAUSE NEW THREADS!!
18 notes · See All
Next Page