Does Return of the Jam count as an episode though? it didn’t in the episode playlist, and if not- why- crofters the musical gets to be an episode and they are both fun crofters ads, I don’t get it.

Goodnight have a Janus

I’m assuming you meant Janus is like the snake that helps Thomas get from place to place? I’m not gonna fault you, you were exhausted when you wrote this.

That’s an interesting metaphor I would’ve never considered. Of course because of my love of Sanders Sides and my love of Princess and the Frog I really enjoy this comparison.

Basically, choose your own adventure… except it’s a date! Wanna try it?

A Date With Nico (Thomas’ POV):

A Date With Thomas (Nico’s POV):

Disclaimer: C!Thomas and Nico belong to Thomas Sanders. I make no money from these games. They’re just for fun.

#thomas sanders#sanders sides#character thomas#c!thomas#nico flores#karrot kings#pintroverts#thomas x nico#game#fan game#games by me#I hope you all enjoy it!
0 notes
omgyouatetheprincess
Conversation
virgil
princey, what are we going to do?
roman
What are you worried about? You’re so small they probably won’t even see you.
virgil
Is this really the time to be making short jokes?
roman
virgil, there’s never not a time because, just like you, life is short.
#virgil sanders#roman sanders#prinxiety#sanders sides#thomas sanders#short virgil#incorrect sanders sides quotes
23 notes
wicked-rosie
Text

Janus: You realize that arson is a crime, right?

Remus: Oh please, show me the law that says that.

Janus: *pulls up the law on his phone*

Remus: I’m not reading that.

“Excuse me, WHAT did you just say?” Logan says as he’s about to correct a bitch.

I didn’t know what to do for a background at the beginning so I had the brilliant idea of drawing his usual background in the series while also experimenting with lineless art and a different color palette. And wow did it beat my ass but it was worth it in the end. I’m really happy with how this turned out. My reaction to the most recent video! Careful, I talk about controversy at the end, but I warn about it!

A sketch for @thesarcasticside who wanted her space au Virgil design!! 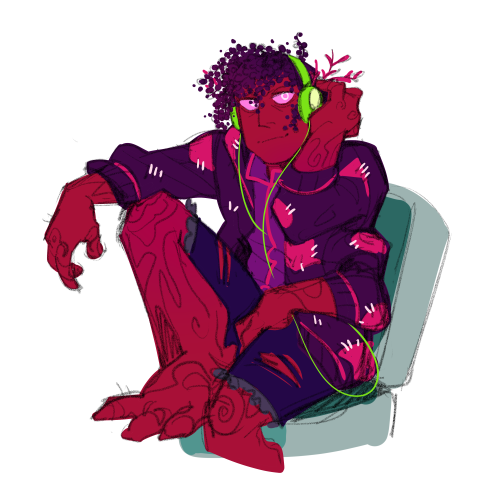 Did someone order a Prince?

Man it’s been a while since I posted any sanders sides stuff, huh?

So I had this dream the other night, pretty much right after Crofters part 2 aired. The dream was brief, but the concept was there.

Roman had ducked out (quack), leaving Thomas unable to summon any of the normal sides. It was his creativity that caused him to put a face to aspects of his personality, after all. He tried Roman first, then Logan, then Patton, then Virgil, even Janus, until finally he tried Remus.

Remus was the only one summonable. He explained it was likely Roman ducked out, And Thomas needed a game plan. Lest he loose his spark all to create together and loose Remus too.

Remus had a solution, but it might not be favorable in Thomas’s eyes. In order to help Thomas create a game plan, he needed his aspects. The only way to get his aspects was for Remus to try his hand at creating them. They would be different, Remus warned, Not the sides Thomas was used to. They would be how Remus saw the different aspects of Thomas. Hidden parts of those aspects that Thomas shoved away.

Thomas agreed. That was when the dream ended, but I found myself wanting to concept these Remus versions of the sides.

Grey is Remus;s vision of Morality, very different from the lovely Patton we know and love. He’s got a more, well, grey view on morality. That not all decisions have a black and white, right and wrong answer. That there is little purpose to try being good in a world full of such terrible negativity and badness. But, that doesn’t mean they shouldn’t try anyway. Because, at his core, Thomas is a good person. Resulting in Grey wanting to try anyway. Even if he doesn’t see much reason in it.

I’ll do more of these versions of the sides if people are interested!

I’m gonna rewatch Sanders Sides but I’ll skip the second season because it makes me sad :((

sneak peek at something big…!

some of my favorite shots from the animatic that i’m nearly done with!!

when finished, it will be fully colored and feature all six sides. my goal is to post it this friday, so watch out for it then!!

mr. thomas sanders i have endured a lot coming from you but pronouncing it JIF?? how dare you. this is the last straw. im done.

It has been one day without the hat :D

why do i find this hilarious!