Thorin: Can ANY of you tell me what I just said??

Kili: You weren’t listening either, huh? 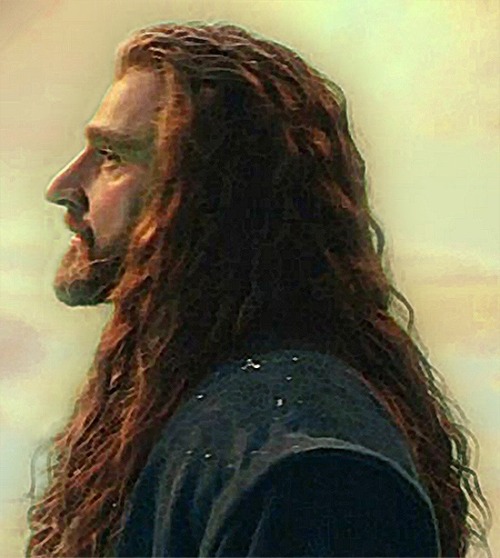 Reader is found by Thorin’s Company while being captured/ambushed by awful humans or orcs or whatever. The reader was strangled which caused them to temporarily lose their voice.

It takes a few weeks to recover their voice and once their vocal cords are healed a certain someone is in awe of your voice and is in it deeeeep.

I know it looks a lot like my previous post about the good morning greeting, but I liked the idea that the company got to know the reader without a voice and only after a while, they hear their voice and it’s a very pleasant surprise… And your favorite member of the Company would be even more smitten

His arrows fly straight to the target 🏹

do you remember the Shire, mr. Frodo?

Getting upset thinking about the madness that was the golden floor scene with Thorin.

❝no, you don’t think of me like how i think about you.
and it sucks, the way things change so fast..
it sucks, and it hurts so bad.❞

gif credit: n/a
song: princessbri - i hate that i can only write music about u

“So, Y/N, when are you finally going to confess your undying love for our uncle?”

You groan at the sound of Kili’s teasing as he jogs up beside you, along with his older brother, Fili. You ignore them and walk faster, your cheeks burning red.

“I’m not shy, I’m just..” you sigh and look at the ground as you trail behind the rest of The Company. “It’s not that simple.” Kili & Fili exchange a look, knowing this was going to become serious.

“You’re afraid, aren’t you, Y/N? Afraid of Thorin pushing you away?”

“Oh, Y/N, it’ll be okay. You know it’s not good to keep your feelings bottled up.” Fili pats you on your shoulder, “We know our uncle. He wouldn’t think any less of you for taking a liking to him.”

You frown. “I know that.. But if he rejects my feelings.. Well, I don’t know how I’d handle it.” You space out, the thought of The Company mocking and teasing you in your mind. They’d never let you live it down, that’s for sure. Just as Kili was about to speak, Thorin’s booming voice stopped him.

The brothers sent you a final look before keeping up their pace, catching up with the rest of The Company.

“You too, Y/N,” Thorin commanded, his piercing blue eyes never leaving yours. His stare was harsh, causing shivers to run across your whole body. You felt yourself sink under his cold gaze.

There was no way you could confess to him.

That day, you kept your distance from Thorin. And the day after.

Days turned into weeks and you haven’t spoken to Thorin at all.
If it was something serious concerning the journey, you would turn to Gandalf about it instead of Thorin.

Thorin was quick to catch on. He suspected you were avoiding him on purpose. But why? You’d grown close to Thorin over the journey, so why would you suddenly ignore him?

He was soon to find out.

One night, The Company, drained and exhausted from the traveling, headed to sleep early. You offered to take the first watch as they all rested quietly, save for Bombur’s loud snores.

You too, found yourself drifting off to sleep, but the sound of a branch snapping shook you awake. You jumped to your feet and spun around, scanning the woods surrounding the camp.

You caught the glimpse of something rustling between the bushes. Maybe an animal. You whipped your dagger out of its’ sheath and cautiously approached the sound, stepping in the dark woods where the light of the fire did not touch.

You walked around for a good five minutes, checking between every bush or where you thought the sound came from.

“I’m just being paranoid..” You whispered to yourself, rubbing your eyes. “Bifur should be taking the next watch.” Just as you were about to walk back towards the camp, a rough hand pulled you back, causing you to lose your balance and fall onto the ground.

You couldn’t see through the dark very well, but judging by the animalistic growls and smell, you knew you were being ambushed by an Orc. Maybe several.

Just as you let that sink in, you instinctively reached for your dagger. You pulled it out of its’ sheath, only for it to be kicked out of your hand.

The Orc towering above you kept your arm down with its’ boots as it bent down, its’ rotten breath fanning your face. You struggled to get back onto your feet, but another Orc by your side held you down and placed its’ slimy hand on your mouth, keeping you silent.

The two Orcs yelled at each other in Blackspeech. You couldn’t understand what they were saying, but after an exchange, they looked down at you, a malicious grin on their faces.

Oh, you were so dead.

The first Orc unsheathed its’ blade, pointing it to your neck.

The Orc raised its’ blade in the air, ready to take your head off, when it was suddenly tackled to the ground by an unseen person.

The other Orc by your side was caught off guard, and you took that chance to grab your dagger, get to your feet and kill it.

Just as you finished, a familiar voice, that both scared you and comforted you called out.

“Y/N! What were you doing? You almost got yourself killed!”

Judging by Thorin’s voice, you knew he was furious. But his demeanor softened when he saw the terrified look your face. He said a curse in Khuzdul under his breath and lead you back to the camp where he could get a better look at you.

“Did they hurt you? Are you wounded?” He inspected you from head to toe, looking for any wounds or blood. But you quickly backed away from Thorin.

“No, no, no, I’m fine, I’m not hurt,” you reassured him. “I-” Your words got caught in your throat as you locked eyes with Thorin. He approached you, but this time held you in place before you could avoid him this time.

“Why are you so nervous around me, Y/N?” You broke eye contact, looking down, away from Thorin. “Do I scare you? Tell me, Y/N. It hurts me to know you want to distance yourself from me.”

“Thanu-men,” you whispered. [my king]

“I.. You misunderstand..” Thorin raises an eyebrow. You continue, “I have been feeling unwell and it wasn’t my intention to avoid you..”

You stay silent after that, still refusing to make eye contact with Thorin.

“.. Is there something you’ve been meaning to tell me?”

Your heart skips a beat.

“I don’t know what you’re talking about..”

“Then are you telling me my nephews have been lying to me?”

You feel Thorin’s hand tug at your chin, forcing you to look up at him.

“All this time, Fili & Kili have been telling me about your feelings for me.”

Your face is now inches away from Thorin’s, your noses nearly brushing up against each other. You feel his heated breath fan your face and neck, causing your heart to flutter. You suck in a breath.

This was your chance.

Hesitantly, you cupped Thorin’s face. By the look of his eyes, he was taken back.

Without giving him the chance to properly react, you pressed your lips to his. He was quick to kiss you back, snaking his arms around your small form to deepen the kiss.

You broke away briefly to get a look at Thorin’s face. His expression said nothing but happiness, his eyes filled with light and joy, and his cheek red with blush.

You giggled lightly and pulled Thorin closer to pepper kisses all over his face, his nose, his forehead, and the top of his head.

You felt him hum in satisfaction. 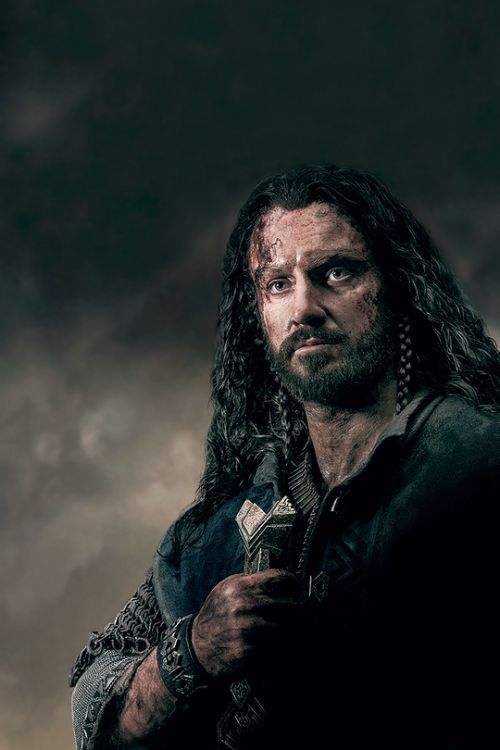 My reaction to the first chapter of the hobbit after only seeing the movies:

- Bilbo spuds nicer I guess here, but I still think Martin freeman did a great job portraying him.

- both fili AND kilo are blonde??

- WE MISSED OUT ON A JAM SESSION

- the biggest character difference that I’ve seen so far is the fact that thorin is NICE in the book.

Wet Thorin for your Wednesday

Rest in peace, sons of Durin