“Please,” the whumper rolled their eyes, scoffing. Circling the whumpee like a vulture with their prey, the whumper hums, leaning closer as they wrap their cold arms around the whumpee’s chest to whisper into their ear…

“Who’s going to believe you?”

Kevin was being R00D to widdle steeb!

@card-games-and-pain​‘s prompt held my brain at knifepoint. But this is only vaaaguely related so I’m putting it separate.

They weave through specialty stalls, ducking under hanging baskets heavy with tropical fruits, skirting lavish platters of truffles, clams, jam and pickle jars, mint lamb skewers and fried zucchini flowers, and all the while Lev Johnson plays the part of perfect spouse, and is entirely invisible.

The place is full of people, solo shoppers, families, couples that look just like the two of them. He’s walking with a limp, afflicted by the night before—the cane, he’d asked for it to be the cane again—but the marks themselves were neatly obscured by the thick cable-knit sweater he was wearing. He could have sworn he still had some fading bruises along his neck and face, areas that were still tender to the touch, but by the way that no-one seems to give a single flying fuck about him perhaps those have already vanished.

Martin places a hand on the back of his neck to steer him through a crowded section of the market, and for a few moments Lev thinks on how if he was wearing the collar today, he may have at least earned some looks. As it was he only had the locket, nondescript, and tucked under his shirt. The man has seized the title of his Significant Other like a usurper to the throne, and apparently can’t decide whether he wants to be his torturer, or his lover. Lev wishes he’d just pick one and fucking stick to it already.

His Other Half stops to chat all the time, and Lev has little choice but to stand there, silent, both hands around the man’s elbow like lives depend on it. He’s offered a taste-test from the jolly looking keeper of the next stall over, a popsicle stick with something that looks like a mango chutney, and all he can do is offer a small smile and shake his head. As the woman turns away, Martin gives his biceps a squeeze, leans down to murmur in his ear. Good boy.

He’s ashamed of his passivity, and the shrill screaming inside his head—please help me, please help me, fucking anyone see me—doesn’t count as defiance, not really, not even a little bit. So the shame lingers.

And he notes that Martin has just asked the shopkeeper if the olives have come into contact with seafood at all, because he’s remembered Lev’s shellfish allergy. And that’s funny.

And he’s pushing away the utterly, utterly fucked thought that Martin Viklund-Reid might actually make a good boyfriend if he weren’t, well, him.

And all that’s left is to succumb to gentle violences, and to let himself be fed pimento-stuffed olives on a stick.

“I’m sorry!” Whumper cries, sweating, hands clasped pleadingly. “I’m truly, really sorry for everything I did to your friend but it’s – it’s in the past now! We’ve got to focus on what’s happening now. We have bigger problems, we’ve got to work together. I know you can never forgive me – ”

Caretaker’s fist sends Whumper sprawling to the floor with a crack.

“It’s not that I can’t forgive you. I won’t. You’re only sorry because you need our help now. You know what I’m sorry for? I’m sorry that the rest of them have fallen for your act. I’m sorry that Whumpee has to look at you again, here at home, where they thought they were safe. But I’m going to watch you too, and if you even blink in a way I don’t like, I’ll have you begging for death. Like you had Whumpee. Clear?”

you broke me inside.

just a little. just a tiny fracture in a colourful, once-beautiful, stained glass window, and when you work at it enough the whole thing cracks and breaks apart. made me as worthless as you claimed i was already.

i don’t know how to come back. im surrounded by all this broken glass. it’s all in these oranges and yellows and blues and pinks. but im afraid that if i try to get out of here, try to walk over it, i’ll turn the whole floor red, red, red.

maybe i could have been an artwork. but instead you just made me untrusting and distant. icy. cold-hearted. remember when you argued with me that i wasn’t smiling enough? you know how you described that face i wore? a mona lisa smile. The team only realizes the goofball’s stalker was real when they find the goofball in their home, the stalker pressing a weapon to their head

If the team takes one step closer, the whumper will kick the chair out from under the whumpee and leave them to hang

Monster Whumpee gets dragged roughly back to their cell by their tail, an ear or a wing, with the whumper threatening to lop it off if they ever perform that badly for the audience again 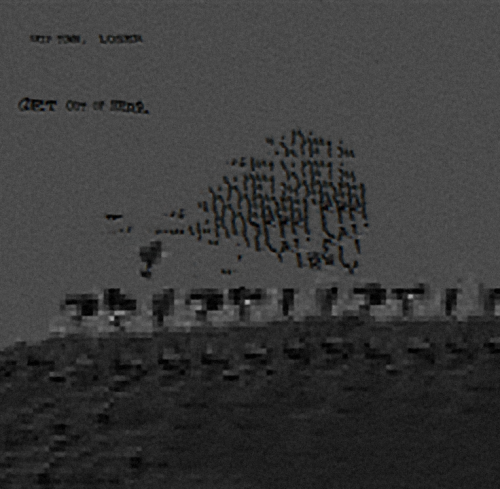 “Alright, they want proof of life, let’s give it to them.”

Alternate: proof that the whumper has the whumpee

This was a threat to remind them that the whumper had not taken everything from them. Not yet

R: “Yeah, and then they’ll burn off that god awful wig you have.”

Edmund: “I’m sad that I’m standing beside you right now.”

Esmé: “My dear you do know the level of concentration and precision you need to have to get that done, right?”

Ayleth: “And if you miss? We’re going to have to deal with a flaming corpse, and that’s not a fun time.”

Cedric: “Why don’t we talk first, all right? Before we go and maim one another.”

Caspian: “That’s the oddest threat I have ever heard, but to each their own I suppose.”

Aghadi: “Darling I don’t think we need to go there quite yet, but we’ll put that on the back burner for now.”

Phenir: “I’ve lived for a long time and I can say with full confidence that, that threat was a first for me.”

Revian: “Dear if you want to humiliate or harm them there are other ways to do so.”