#they be like, #idk what yall see in him, #like girl me either im a lesbian but the house is on fire can we go?, #timothée chalamet, #little women, #lady bird, #beautiful boy, #call me by your name, #not marvel
27 notes · See All
pardonmycharmieVideo

And people are trying to tell me he’s not mature enough to be in a long distance relationship.

I want to open a tumblr account for this boy♡

Summary: Armie has been married to Elizabeth for almost twenty-five years, they have two kids, he has a stable job, it is a life he has gotten used to, and he knows exactly what to expect. But when the new neighbour moves in, he realises that things might not be so simple after all.

it wouldnt let me put the last one in a 9:16 ratio so i put it on a bigger white bg so it can be resized :)) please like/reblog if you use one <3

Timothée should have gotten nominations (including the Academy Award) for Miss Stevens. Top two performances, battling with CMBYN. Amazing. 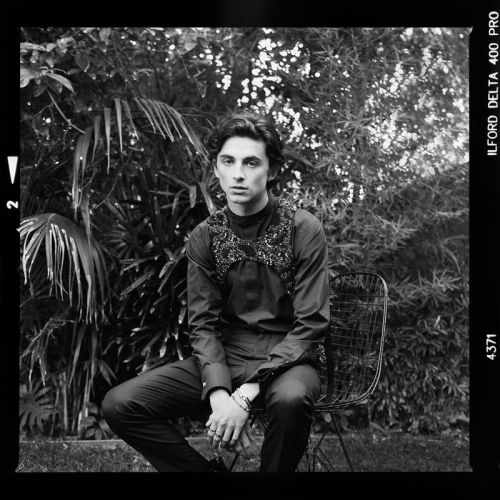 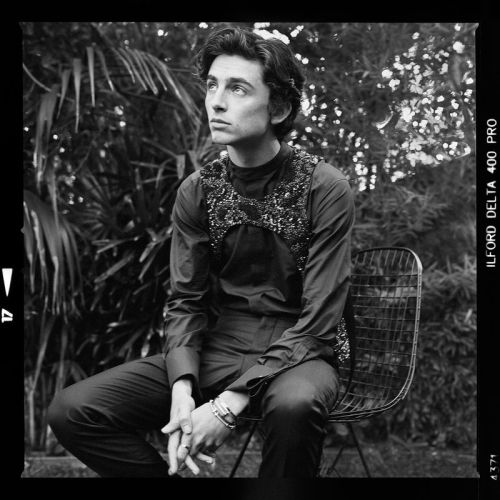 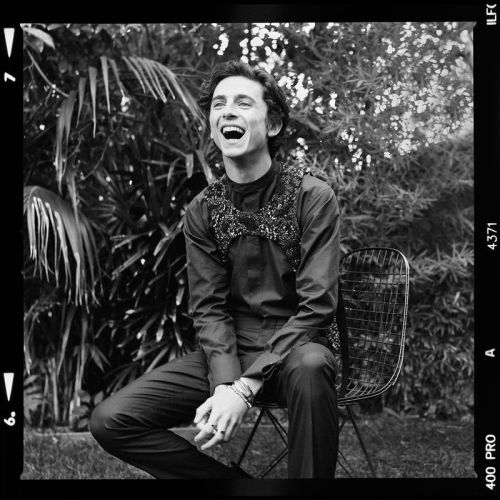 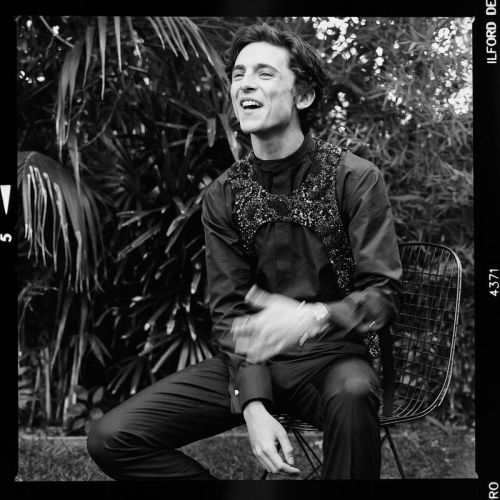 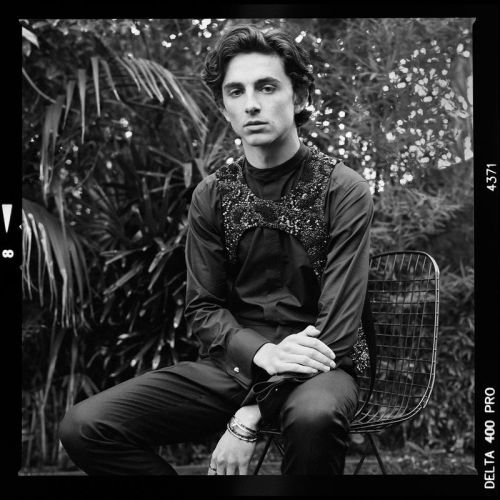 an iconic photo if we’re being honest. hope you love it x

They all went crazy when he posted it, as they always did. He smiled to himself as he scrolled through his social media accounts, shaking his head and giggling.

“Are they losing their shit?”

“No,” you mumbled, moving to stand behind him and press a kiss to the denim covering his back. The collar still stood out, preventing you from kissing his neck.

“Thank you for taking it, I like how it came out.”

“Of course,” you replied, moving to stand in front of him. “Are you ready to go?” He had had a meeting about the newest script, and his director wanted to go over some other notes with him.

“My place or yours?”

He slid the jacket from his shoulders and handed it to you, pulling the collar around your neck and kissing your jaw gently. “That better?” His sleeves were short, but he wasn’t shaking.

“This should be interesting.” He slid his phone into his back pocket, taking your hand and kissing it.

“When they see you in my jacket they’re all going to know.”

Your heart skipped a beat, fuck, he was right.

Was this his way of telling you that he wanted to go public?

“Do you want that?” You spoke quietly, unable to fathom the idea.

“I think I do,” he murmured, his eyes searching your face. “Do you?”

You nodded eagerly and pulled him down to kiss him softly on the lips, smiling into it and nuzzling his nose with yours.

You kissed his cheek and tugged the collar tightly around your neck, sunglasses though it wasn’t bright outside, you exited the building with camera flashes surrounding you. They would expose you in moments, it’s his jacket, he just posted the photo and would soon emerge from the same building.

Were you ready for this? You climbed into the car quickly and called for the driver to head to your apartment building. He pulled into traffic, and you turned to watch Timothee exit the building. They went crazy for him, fans asking for photos and autographs, and he stood there for a moment with them, talking with a large smile on his face. You turned the corner as he got into the car, and your phone vibrated.

People were tagging you in photos already, though your head was down and the glasses covered most of your face. Who is she? Was it really his jacket? They emerged so close together, both cars going in the same direction. You watched with an open mouth as the internet practically exploded, every social media platform adding their own two cents to the story. You covered your mouth and looked out the window, knowing this was your new reality. It was terrifying and thrilling, you closed your eyes for a moment, remembering that it was all going to happen with your hand in his.

Arriving at your building, you were surprised to find him in the lobby near the elevator, scrolling on his phone with a grin made of sunshine on his beautiful face. You approached slowly, sliding your hand along his lower back and kissing his shoulder.

“They’re losing their fucking minds.” He chuckled and pressed the button for your floor. “I wasn’t expecting this much of a reaction so quickly.”

He smirked and shrugged, wiggling his eyebrows. He loved his fans so much, he got such a kick out of their reactions when he posted. You had a feeling that he had planned the whole thing down to the picture of him in the jacket.

The door to the elevator opened with a creak, and you both got in, holding hands and standing close together.

“May I join you in the shower?”

Your heart began to pound, a sharp tingle between your thighs. “Of course.”

He nuzzled his nose into your hair, inhaling slowly. “I love you.”

The doors opened, and you dug your keys out, letting the both of you into your modest apartment. He shivered and rubbed his hands together.

“You didn’t have to give me this,” you said quietly, sliding the jacket from your shoulders and setting it on the back of a nearby chair.

“Of course I did.” His smile made your insides melt.

Holding out your hand, you waited for him to take it, escorting him down the hall to the bathroom. Once inside, you tugged your clothing off, watching him with hungry eyes as he did the same. Stripped and ready, you turned on the shower, waiting until it was properly hot before getting in. Tim hurried in behind you, the two of you hugging close and sharing the hot water.

“How do you think it went today?” You asked, wrapping your arms around his neck.

“It went well. But I don’t wanna talk about work.”

“I just want to be with you. My entire life is about my work. These small, private moments are so important to me.”

Beaming, you gripped the curls at the base of his head and kissed him, your other arm winding around his waist. He kissed you back eagerly and openly, both of his arms wrapping around your body to hold you against him. Wanting to be closer, you put both hands on his cheeks to kiss him and lifted yourself up into his chest until your torsos were pressed securely against one another. He groaned quietly and squeezed you affectionately before placing small kisses down the side of your neck.

“How do you feel about us being out?” He asked suddenly, speaking against your skin.

“Me too. If anyone gives you shit, you tell me immediately.” He lifted his head and held your gaze. “And block them.”

Your stomach plummeted, a sense of anxiety creeping in. “I didn’t even think of that.”

He sensed your feelings and squeezed you again, kissing you lightly on the forehead. “You don’t have to do anything you don’t want to do.”

“I want to be there with you, I want to support you.” You were terrified but somehow excited at the same time. “Plus I get to play dress up.”

He giggled quietly. “Yes you do, my love.”

Standing up close again, you kissed him once more, your hands in his hair and his sliding slowly down your back. Steam rose to the ceiling and surrounded you, he pushed you gently against the wall and continued to kiss you. You slid your hands down his ears, neck, shoulders, taking his hands and locking your fingers together. He beamed into the kiss and squeezed your hands.

“I love you. You’re my everything.” He sounded so sure, so firm. Your heart swelled.

Standing together under the hot water, you continued to lazily kiss one another, hands wandering and breathing accelerating, small noises escaping from your throats. You wanted nothing more than to stay there with him for the rest of your life, and all you could do was pray that there would be many more showers like this one.

a friend and i have been talking about guys and she doesn’t think timothée chalamet is handsome? i need new friends

trust me i have not forgotten

I swear, my heart stops every time I watch this.