Yennefer straddled Tissaia’s waist, gazing down at her lover as she playfully pinned her down to the bed. Tissaia smiled up at her, her bottom lip gently pulled between her teeth as she gazed up into Yen’s glittering, gleeful eyes.

It had been so long since she had seen that look on her dearest one’s face.

Yennefer leaned down, the tip of her nose brushing against Tissaia’s, bringing the gentle flush of crimson to the elder woman’s cheeks as Yennefer’s hair tickled her exposed skin.

Yennefer slowly released Tissaia’s wrists, her hands coming down to gently cup the elder woman’s cheeks in her palms. She brushed her thumbs across each cheek, and traced the curve of her love’s lip with her right thumb, before leaning down to gently take those perfect lips into a tender kiss, letting herself linger in the moment for longer than necessary. These quiet moments were few and far between, so they each took full advantage of the time that they could spend together.

“You’re wearing my perfume.” Yen chuckled, pressing her nose to Tissaia’s neck as she breathed in the subtle hints of her perfume on her love’s skin.

“I am… Now I can take you with me wherever I go.” Tissaia purred, her hand coming up to tangle in the mess of raven locks that was Yennefer’s hair.

“Why is that, love?” Tissaia whispered, her back arching slightly off the mattress as Yenna nipped and sucked at her collarbone and chest.

“So that they know you’re mine.” Yen hummed, hips rocking against Tissaia’s as she slipped her lover’s shirt up over her head and tossed it across the room. “This beautiful body and the firey personality attached to it are all mine.”

Tissaia chuckled before a moan was pulled from her lips at the contact of Yen’s hands cupping her breasts.

They really were going to be taking full advantage of these few moments that they had together.

Triss: Treat spiders the way you want to be treated.

Tissaia: Yenna, we talked about this.

Basically just an excuse to post this very autumny Tissaia drawing I made.

Inspired by The Witcher’s S1 costume illustrations, it made me desperately want to see Tissaia with her hood up! 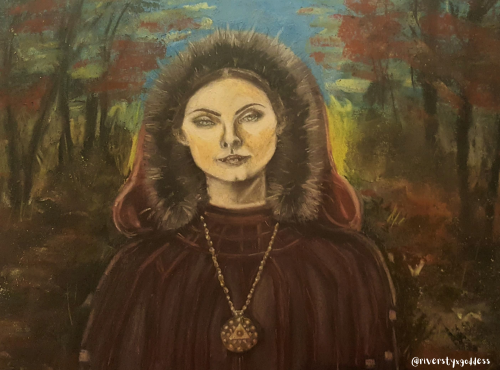 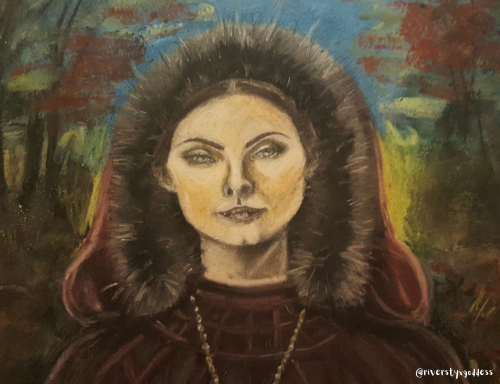 , without them, chaos will kill you”

I’m sorry magician #5263 I cannot remember who you are. May you tell me what you were wearing at the banquet last chapter, because the description of clothes MAKES UP A GOOD HALF OF IT

#honestly how, #half of the names sound and are mentioned like towns, #some of them are towns because surnames, #the witcher, #wiedzmin, #the witcher books, #time of contempt, #sorceress, #yennefer of vengerberg, #vilgefortz, #keira metz, #triss merigold, #sabrina glevissig, #tissaia de vries, #idk there are the only ones I kept in my mind
7 notes · See All
oxenfurt-archivesPhoto

“ A dwimveandra is a young sorceress who practices in the road, much like a journeyman, artisan. After finishing their education at Aretuza, some girls decide not to become apprenticed to a specific mistress, but instead embark on a journey, allowing them to train with various sorcerers. After spending several years on this atypical internship, a dwimveandra may apply for an exam which will verify the abilities she has gained. Passing the exam grants her the title of Mistress of Magic. “

Anabelle Radfind, An Invitation to Magic (handbook for students in the first year at Aretuza)

Tissaia pressed her palms to Yennefer’s cheeks, a soft smile on her lips while exhaustion coursed through her body. Sodden had taken so much out of her, and all she wanted to do was escape the battlefield with her love at her side. She just didn’t have the energy to teleport them away.

She pressed her forehead to Yenna’s, taking the moment to do so as fire burned around them. She worried that her love would disappear if she let go. She wished for this moment to last forever.

“You’re exhausted.” Yennefer breathed, nuzzling closer to Tissaia as they sat together.

“Yes… But we’re together, and that’s all that matters to me.” Tissaia replied, one hand dropping to grab Yennefer’s.

She heard Yen sniffle, the threat of tears in her eyes as she looked at her. She gently brushed her thumb across Yen’s dirty cheek, offering her a small comfort as the flames crackled around them.

“I’m going to finish this fight.”

Tissaia sighed, knowing there was no telling Yennefer no. She pulled back and placed a kiss to Yennefer’s forehead, then each cheek, before finally coming to claim the younger woman’s lips with her own. She pulled away a few moments later, gazing at her love with pride in her eyes.

“Di what you must, but return to me… Promise me this, Yenna.”

Tissaia released her love, watching her walk away into the darkness as she collected her strength. In her heart, she worried that her live might not return to her, and she prepared herself for that outcome as best as she could.

It would have to be enough for her to hope for the best. 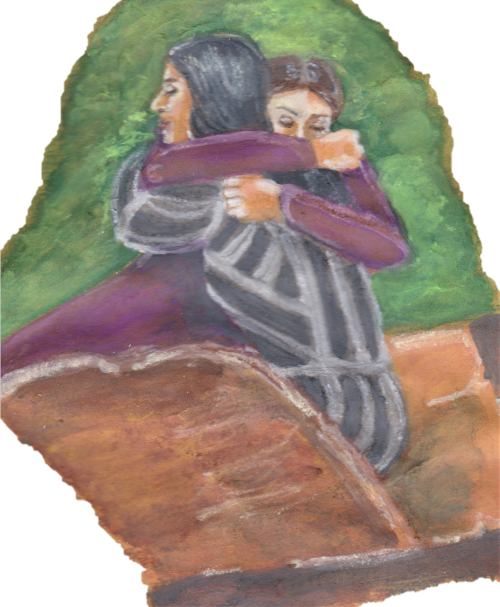 #yennaia, #only ashes remain, #yennefer x tissaia, #yennefer of vengerberg, #tissaia de vries, #the witcher, #request, #my art, #I spent way too much time on this, #sighs, #❤️ you
56 notes · See All
tissviasPhoto

Calanthe couldn’t help but gaze at Eist as he lay sleeping beside her. The wound on his face had healed, and she thought that the scar made him look even more handsome than he had before. It gave him character and definition, making him look like a true Skelliger.

She gently traces her fingers over it before lowering her head to his chest, tracing lazy shapes over his skin as she listened to the drum of his heartbeat.

She had almost lost this, had it not been for the mage who had saved him. She had only recently learned the woman’s name, Tissaia, and she thanked the gods that she had come when she did. Had she been even another minute late, Eist would have been lost, and Calanthe couldn’t bare the thought of being without him.

Not when moments like these were still to be had.

She felt his arm snake around her waist, pulling her closer to his side as a long breath pushed through his nose. She smiled, wrapping their legs together beneath the quilts, and allowed sleep to slowly wrap around her like a blanket.

⮩ Sometimes a flower is just a flower...

i had too much fun with this 😭💕

support me on ko-fi!

#yennaia, #sketchy draws, #requests, #yennefer of vengerberg, #tissaia de vries, #i saw anya in this gorgeous fuchsia suit and thats what inspired this, #tissaia with her hair down is my newest favorite thing, #look at the happy couple <3, #my art
58 notes · See All
sentientpinkfrostingPhoto

support me on ko-fi! 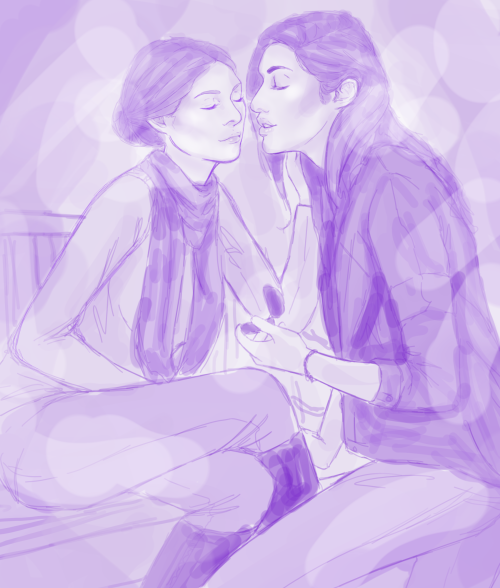 #yennaia, #yes im back im finishing requests thanks for being so patient with me you guys, #tissaia de vries, #yennefer of vengerberg, #the witcher, #sketchy draws, #my art, #feat. leather jacket lesbian yen and kneehigh boots tissaia
32 notes · See All
cthylla-rlyehText

I OWN NONE OF THESE GIFS