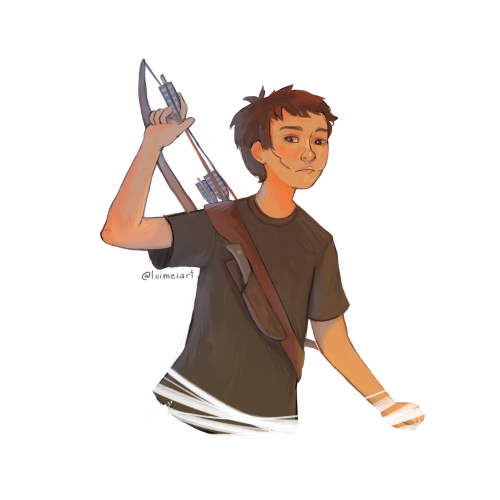 Ya’ll know what would be a great TLOU2 mod?

A mod that makes it so that no one deadnames Lev.

(And not like, “Lev’s name use to be [REDACTED]” but like, the Seraphites just calling him a heaven or a traitor or something, and Yara never says his deadname)

“When you’re lost in the darkness, look for the light.”

duo commission i did! 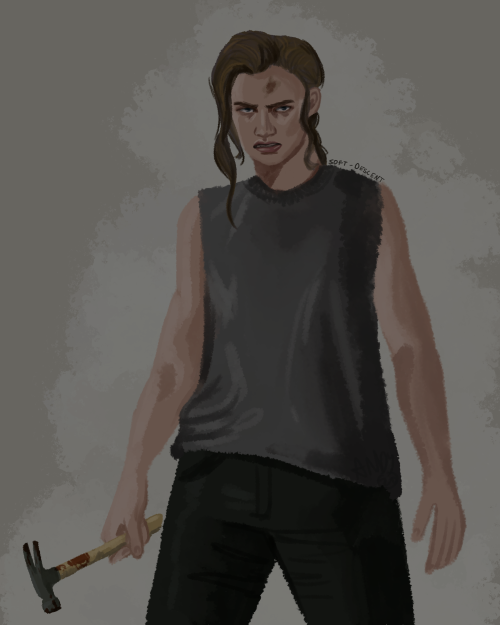 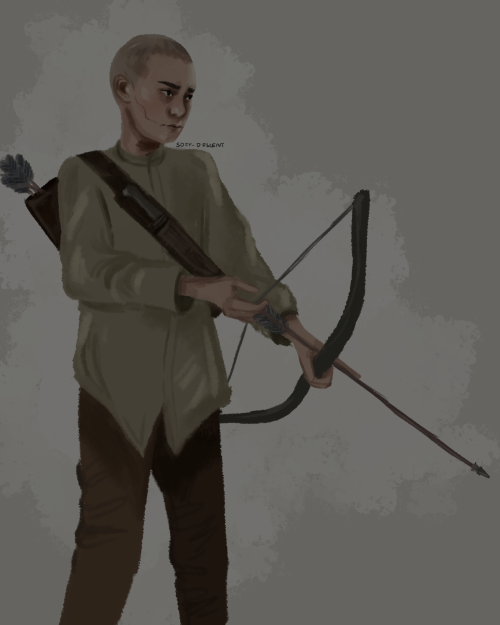 lev, peeling a banana: may i take ur jacket sir? lol

abby: do you think other people can’t hear you?

“Just… think about the good parts to fear.”

“Yeah, like… you run faster. You’re more focused. You don’t feel pain as much. Every bad feeling… Your palms sweating, your heart racing… They’re all signs you’re actually stronger." 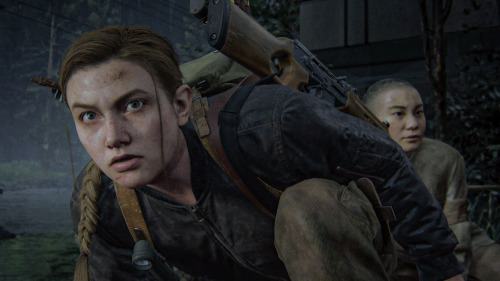 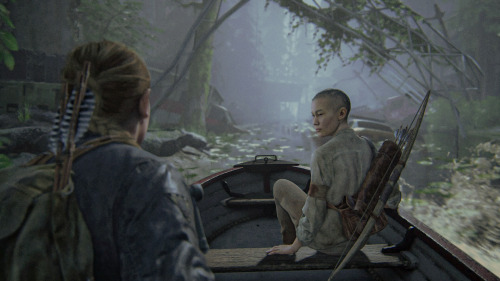 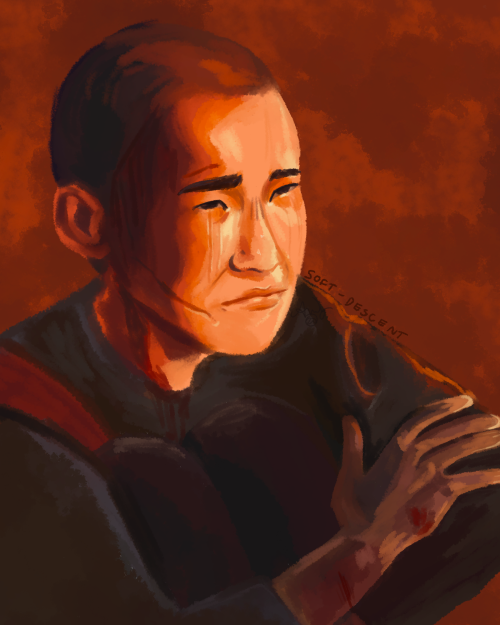 The canon LGBT+ character of the day is 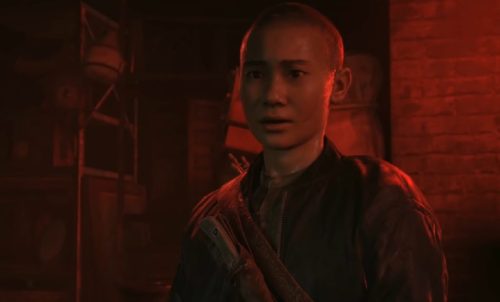 the power he holds ✨

lev and abby rolling through a small, abandoned town – the farming kind of town that wouldve always had a small population, full of people that were born there and never left. there arent very many infected around for once, and so they take their time exploring, walking through the dilapidated buildings of old world shops. a fair had come through here right before the outbreak, and all the rides and stands are still up. abby and lev explore there for hours. abby answers all of his questions about this and that. at some point she finds a miraculously full six-pact, dumps out decades-old beer from the glass bottles for one of those games where you try and knock as many bottles as you can down, and lines them all up for lev. he hits every one, and she grabs him the biggest stuffed animal she can grab off the top rack. they cant keep it, not really, but its fun and its happy and abby tells lev little stories her dad told her about the time before, things she’s never told anyone else, and they spend the entire evening laughing. it ends with lev climbing up the ferris wheel while abby yells from below to be careful, to come down, and no, she is NOT climbing up there. and then she does, because goddamn someone’s gotta make sure he doesn’t get hurt. they sit up there for hours, abby refusing to look over the edge, and watch the sunset.

along the road they find a small community. theyre good people, just trying to get through each day without trouble. abby finds some honest-to-god, still in the package halloween hard candy–lollipops, jawbreakers, what wouldve been good stuff how many years ago–but really, does this sort of thing even go bad? lev eyes it, a little confused, because its so artifical and old world of course he’s never seen anything like it before. she hasnt seen anything like it in years. somehow she ends up trading the rabbits she and lev hunted earlier for dinner for them. when they sit down to eat it, abby watches the way he looks confused, then surprised, then happy and he laughs around candy that stains his mouth blue and that night abby tells him about halloween and costumes and horror movies and kids laughing as they’d go door to door for crap like this, like it wont rot their teeth – and its old, old candy, tastes like it too, but neither of them mind.

lev and abby walking through an old, empty mall. it’s for supplies, sure. abby’s last good shirt got torn, worn out and bloody, and there might be foodstuffs still left over – and really, lev loves exploring places like this. old world ruins, remnants of a life he’s never seen, things he never even thought about were once commonplace and every-day for people. lev’s never seen most of the stuff that was left in there, walks through all the stores, turning over broken electronics–not the practical kind, not the weapons and the necessities that were exceptions for seraphite soldiers–luxury stuff, things like speakers and ipads and game consoles, and asks abby all sorts of questions about each of them. she breaks one of the windows of a closed shop to let him peer in and explore. knickknacks and toys and little touristy things. he finds shelves full of snowglobes, the music box kind you can wind up, and spends ten minutes just looking at all of them, making them play music. he keeps one of the smaller ones, wraps it up in an old, torn shirt so the glass doesnt break. he and abby end up in some old athletics clothing store that hasnt been completely cleared out yet. lev, whos never been allowed to express himself fully, whos never been allowed to really wear clothes that suit him, goes through each of the racks carefully, and abby lets him spend as long as he wants just………. choosing for himself. they leave with some converses that fit lev and a few shirts, a few hoodies, and lev’s smiling, a quiet, happy little grin, and abby ruffles his hair – a little longer now, no longer the buzzcut it was, and laughs.

later they find an arcade, the vintage kind – the paints chipped and faded, things are knocked over, trash is on the ground, but the windows are somehow unbroken, and lev sits in all the chairs for those racing games and presses all the buttons while abby tells him about the different kinds of games there were. and hes so curious and wide-eyed and trying to picture the games on a black screen, and she spends two hours figuring out how to start up a backup generator, just to see the look on his face when the games flicker on and the lights are up all bright and neon. she finds a whole bag of game tokens behind a broken counter, gives them to lev with a grin and asks him if he wants to play, that she’ll show him how, and they spend hours on these games – abby INSISTING that she’s going to beat all the high scores on the hunting games (they pointedly ignore the zombie apocalypse shooter in the corner, with good reason) and lev picks up on all of it so fast, he’s a natural, and it’s just……… just…………. soft, happy moments with lev and abby? please? god? let them be happy?

#Anonymous#abby anderson#tlou lev#abby and lev#I JUST LOVE THEM SO MUCH I LOVE THIS LITTLE FOUND FAMILY SO MUCH .. NO ONE FUCKING LOOK AT MEEEEEE#anyways ur mind is actually impeccable and i will be spending the rest of the day crying abt lev and abby
25 notes