Trending Blogs
#to get ready for season 5
afanesyevoPhoto

This season gave us so many moments about characters mental state (I cant remember them all cause who am I to lie I still cant process the whole show) like Glimmer’s panic attack in Horde’s ship, her refusing to let another parent go, Entrapta feeling she cant do no good without her tech because she cant understand people. Adora’s crisis with thinking she lost She-ra thus lost all her worth, again with Adora fixating herself so much on saving the people she loves it goes into a point where she accepts a suicide mission, Adora and Catra’s whole relationship with Shadow Weaver how she immediately starts drifting them away and how they can so easliy go back to how they were (running away from each other) how she still affects them to a point Catra cant even let SW touch her (that moment was so heartbreaking). Catra’s whole arc where she desperatly want to hold on to someone, to a hope but cant because she already believes she has none of it. This differs from Adora in where Catra sees herself. She looks at herself and sees a person who is only capable of destruction or self-preservation. She doesn’ think anyone would ever forgive her again and this thought almost led her to run away again (in Taking Control she wanted them to drop her off) These characters have trauma, they’ve grown with it but they also learn to grow with it. It’s never portrayed as being irresponsible or unreasonable. They made choices with what they’ve gone through and they showed us even with all of those things, with everything you see worthless in yourself, with all of your mistakes; you can still be who you want to be, make choices not because your past scares you but for the future you’re hopeful for. 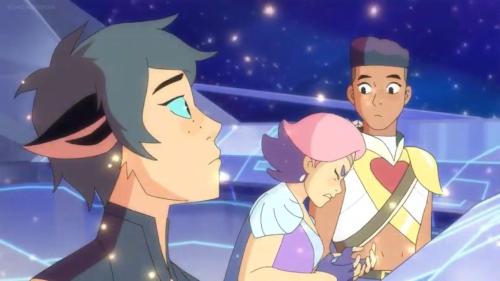 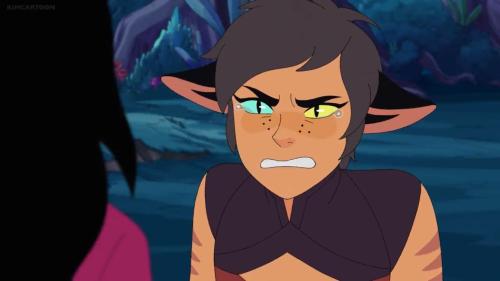 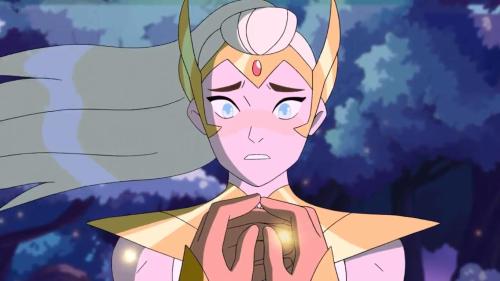 #Catra's first, #selfless decision in this season was because she lost all hope in herlsef buttttt, #then she was so ready to die for adora because she believed in her, #this became mainly about Catra again, #sorry I can get enough of her, #shera season 5, #spop season 5, #catra, #glimmer, #adora, #entrapta, #catradora
57 notes · See All
justalittlebluetieflingText

It’s time to finish up season 5!

#i'll probably be starting in about 10 minutes, #i'm ready to get to season 6, #i haven't rewatched that one at all yet so i'm pumped, #and oh god i haven't even started the season 5 bellarke essay lol, #i'm still working on season 4, #which is currently, #8800 words, #I'M ALMOST DONE THOUGH, #finally started writing up the last episode this morning, #just need to break for these episodes and then i'll do some more, #will probably get it out tomorrow afternoon (PST)
2 notes · See All
lady-oceana9518Text

#quarantine activities, #self care, #comfort foods, #she ra, #spop, #getting ready for season 5!
17 notes · See All
Next Page