Who could resist the manly screams of this handsome American toad [Anaxyrus americanus]? American toads typically breed in March and April, but may breed earlier or later depending on the weather. This individual was found calling for females in Loves Park, Illinois, by Paulo Paixão. 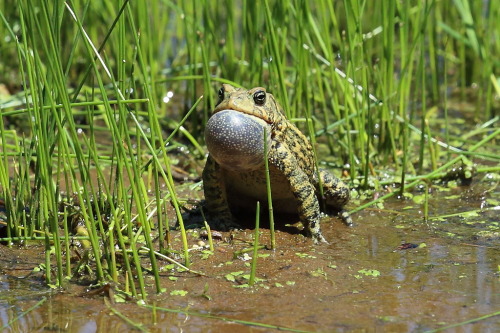 Toad: I am going to tell you all my secrets.

Badger: Oh no, that’s not necessary…

Toad: I once forgot to brush my teeth for five weeks. I didn’t actually crash my last motorcar, I just forgot where I parked it. I don’t know who Portia is, and at this point I’m too afraid to ask. When they say 2% milk, I don’t know what the other 98% is. When I was a baby, my head was so big scientists did experiments on me. I once threw a beer at a swan, and then it attacked Mole.

A marine toad [Rhinella marina] soaks in a puddle after heavy rainfall. These enormous toads are indigenous to South and Central America, and can reach up to 3.3 lbs in weight. Their diet is incredibly nonselective, consisting of nearly any creature smaller than them that can fit in their mouths. Images by Michael J Barritt. 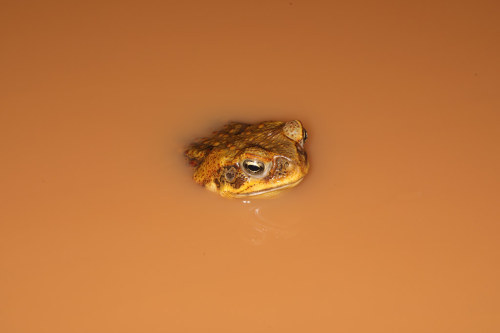 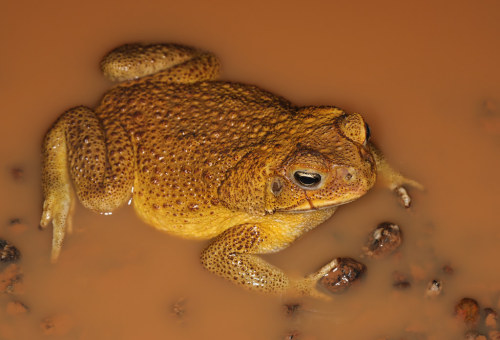 I’m proud to finally share a new lineup of Resin Figs with you all - perfectly times and themed for the upcoming Valentines Day!

Each of these unique babies has REAL flowers / petals / leaves inside of them from flowers such as Merigold, Azalea, Tickseed and an entire Rose blossom!

A handful have already been claimed, so be sure not to hesitate if any of these catch your eye. We won’t be able to make any new Blossom Figs until Spring (as these all came from our yard!)

Building roads with tiny underpasses to save endangered Yosemite toads

Each spring deep in the Sierra Nevada, Yosemite toads roam the alpine meadows in search of a mate. Biologists have been tracking the movements of these toads, and have noted that they travel surprisingly long distances for such small creatures. From breeding habitat to overwintering habitat, they journey nearly a mile, and in some places, the toads must cross busy highways to reach important habitat…

Read more at the USFWS: https://www.fws.gov/cno/newsroom/Highlights/2020/Yosemite-Toad-Road/ 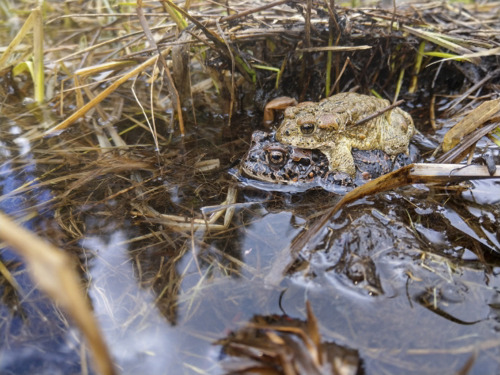 hi everyone here’s a mushroom lady I drew <3 she (and others) are on my art instagram which is linked :)

“Wh-Who is this puny, abrasive mushroom man? His language is so profane, and he reeks of smoke…”

A crossover featuring my Pokésona, Domstagoon, and my friend @ MarbarMar’s (Check her out on Twitter!) character, Smoker Toad. He’s smelly and very profane, but I’m sure one poke and he’ll keel over, if the nicotine hasn’t gotten him already.

Whoo chapter 4 was a doozy to write. It’s another long chapter so yay for that. trigger warning: Someone falls into a frozen pond and there is a near death experience because of that. Not sure if that should be labeled as a “trigger warning” but I felt I should bring some attention to that because it might be something that people are sensitive to. But without any further ado, here’s chapter four

Tags:  @dontbecattyratty a special thanks for letting me borrowing their  “Portia and Portly are twins” headcanon. 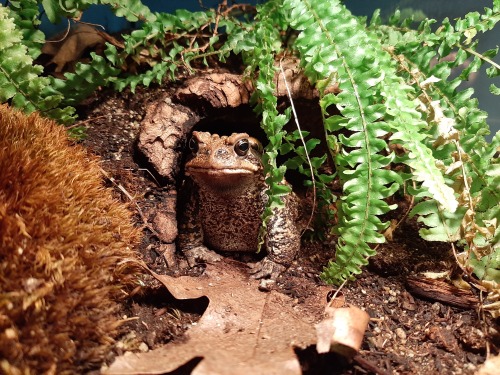 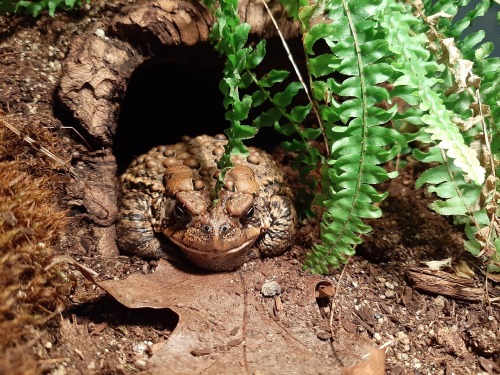 In recent years I’d developed a real love for nature and wildlife.

I’m currently working on a collection of fun prints celebrating some of my favorite animals! :>

Here’s a sneak peak. I plan on making comics about my journey into the world of starting a small business so stay tuned for that. Maybe we can learn together. 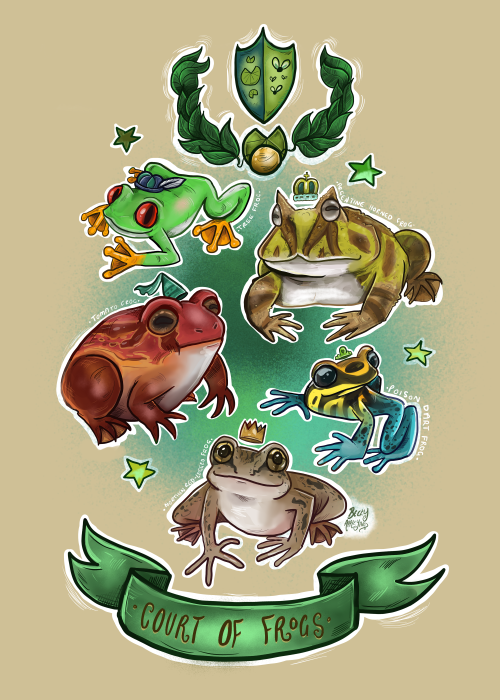 I like to think that this guy is named Bufo after bufotenine, the stuff that makes you high if you lick toads. The idea makes me happy

Need to recreate this with peanut, hold up…

Finished this thing, trying to do more with less.

Idk maybe i’ll do the other Girls/frog-newts 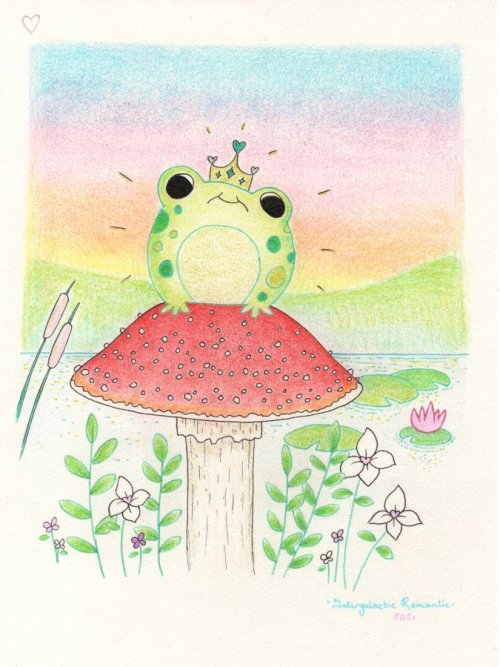 Hi everyone! I’ve been going over the results of my American Toad Longevity Survey, which has received 105 results. It’s a lot of work compiling the answers into useable information. For now I wanted to talk about some information that’s commonly cited in regards to American toads in captivity, and that’s the claim that there was once a toad that lived to be 36 years old before passing away due to a caretaker’s mistake.

The origin of this claim comes from Mary C. Dickerson’s 1906 book “The Frog Book: North American Toads And Frogs With A Study Of The Habits And Life Histories Of Those Of The Northeastern States.” Whew!

Mary Cynthia Dickerson lived from 1855 to 1923. She was the very first curator of herpetology at the American Museum of Natural History. She edited the American Museum Journal [later renamed Natural History] for ten years, and published two books, The Frog Book mentioned above as well as a book on moths and butterflies. She was an extremely cool person who deserves her own post, and her love of frogs shines through with her every word.

However, the statistic mentioned above- about an American toad living to be 36- comes from a single line in her book, on page 73, paragraph 1:

You can read the whole book here: https://www.google.com/books/edition/The_Frog_Book/XxxAAQAAMAAJ?hl=en&gbpv=1

That’s it. One sentence, and the “authentic record” isn’t cited or indicated anywhere in the book.

Is it impossible for a toad to live this long? Well, there are many personal and anecdotal accounts of frogs and toads living into the double digits. However, the oldest North American toad mentioned in my survey- which received 105 results- lived to be 13.

So, in my opinion, the commonly cited statistic of an American toad living to be 36 is an exaggeration. However this doesn’t mean we can’t strive to give our toads long and happy lives!

Surinam Toad is extremely powerful swimmer with its hind legs being very muscular and large. The hind limbs are webbed and help in swimming. The forelimbs on the other hand are not webbed.

(WARNING: if you have Trypophobia I suggest you Do Not look up pictures of these toads. I love you all and I want you to be safe and comfortable.)

It seems the folded soldiers took over bowser castle and kamek accidentally crash the castle into the spa. Because of that everyone has to work off the dept. Mario can’t get to bowser castle that holding the green streamers.