Soooooo, next episode we’re getting this scene, right?

Does that mean we’re finally getting confirmation on Touya’s hair color or is this just gonna add up to the debate?

So, this episode is what I’ve been waiting for legit a year now. We have Hawks officially!!!! Welcome my favorite bird boy to the MHA cast! I’m going to make a post of just Hawks after this, but I figured y’all wouldn’t want to see over 50 pics in this post lol! It was a great episode after all, with the anime already hinting at Hawks’ weird actions, not to mention the Dabi sighting! Something we haven’t had in so so long! Plus the first reference to the Meta-Liberation Front, hell yeah! Also, I heard some new underscores which were awesome, and this episode did a great job building us up to the chaos that’s about to break loose. It is sad to think that season 4 is coming to a close soon, but ya know we still have the manga! (haha haha. Kill me) Also, can I mention how the studio draws dogs??? Cause it’s hilarious!?? They never look like dogs and I live for it (I’ll have to find a pic of the dog from the recent movie to show you what I’m talking more, it’s amazing) I hope all y’all liked this episode as much as I did and are hyped for High-End next episode!!

Can’t stop thinking about how Dabi knew Hawks’ name, I have to express my thoughts about all the possibilities

Who is your favorite Todoroki and why? Send us an ask or reply to this post and we’ll share the results!

watching people argue over who was in the right and who was in the wrong in the latest chapter is so fucking funny. guys theyre literally all villains/morally grey characters shut the fuck up lmao. you dont have to defend your love for a character by disregarding their actions just as you dont have to hate on someone else for loving a character by shoving the character’s actions in their face. just calm down and enjoy the fucking comic book

Strange, cause I remember Twice leaving the room where Dabi and Hawks was, being very injured but alive

He died because of overuse of his quirk when he was in very poor condition. And who told him to go wild? Dabi

Look at that frame again. Hawks did everything possible so that Twice won’t die from Dabi’s fire. This was wrong of him, according to his mission leaving Twice to die is beneficial. But he didn’t leave him. Shame on him, he would have left his hands clean with Jin burning to death

If I remember correctly Jin was under two direct attacks from Dabi. What the hell was that about? What about found family? Why wouldn’t he care? Isn’t Dabi an uwu soft boy?

The thing is. Dabi could have tried to save Jin instead of shouting fire at him and Hawks. But he didn’t. He prioritized killing Hawks over offering help to friend. And then he prioritized killing more heroes over survival of Jin so he said him to go and fight when he was too weak for this

Hawks could save Twice. He asked him if he intends to give up so that Hawks won’t have to kill him. But Jin declined.

Dabi made no offers

Honestly, I am fascinated by coldness of this character. Everyone sees Jin as little puppy with mental problems that must be protected. And Dabi didn’t move a finger to save him. Instead he manipulated him to overuse his quirk probably knowing that this will lead to his death. And he did it smiling

Davi is a villain. Don’t forget that

Oh, and btw, calling people you disagree with ‘clowns’ is quite rude, don’t you think so?

#asks, #bnha 266, #jin bubaigawara, #bnha twice, #bnha dabi, #bnha hawks, #keigo takami, #todoroki touya, #huh, #boku no hero academia, #mha, #my hero academia, #bnha discourse, #bnha manga spoilers, #bnha manga
69 notes · See All
fenrisulfrthebeastText
#bnha dabi, #Dabi, #dabi is a todoroki, #dabi is touya, #dabiroki, #todoroki shouto, #todoroki touya, #mha, #bnha, #My Hero Ones Justice 2
143 notes · See All
sincerelysamedtChat
Me, angrily on the phone with Horikoshi-sensei: ... look, man, I know you have a story to tell, but what am I supposed to do with all these fluff fics after what you did? Throw them out? No. No, I want to speak to your manager. Yes, I can wait. Thank you.
#boku no hero academia, #my hero academia, #bnha, #mha, #bnha hawks, #bnha dabi, #hawks, #dabi, #dabihawks, #hawksdabi, #hotwings, #bnha hotwings, #hotwings bnha, #dabi is todoroki touya, #todoroki touya, #takami keigo, #touya todoroki, #keigo takami, #toukei, #touya x keigo, #dabi x hawks, #hawks x dabi, #i'm UPSET, #god im not processing and i cant go back to my fics because of this shitfest, #anime hawks is the only valid hawks until he too breaks all of our hearts, #i want to believe jin didn't just ya know do the ol not alive anymore mambo, #bnha spoilers, #NOT OVER IT AT ALL
212 notes · See All
wingherochickenText

Not mean to be clown on main, but i smell touya reveal in next chapter. I aint joking it is time fellas…

To protect their friends, they are both fighting the poster-boy of the “other side”, who outclasses them in speed, despite superior fire power, who is a representative of an unyielding ideology, that doesn’t allow to consider the person. They both recognize the true fanatic in their opponent. Hawks wings are used as Stain’s blades…

Besides the pretty obvious - hey they are brothers…- it is a neat parallel to make, because Stain’s ideology sparked a lot of the PLA movement, so it kind of feels like a full circle. 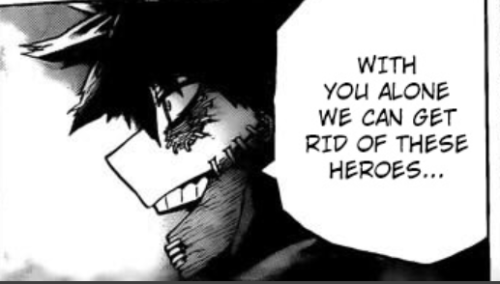 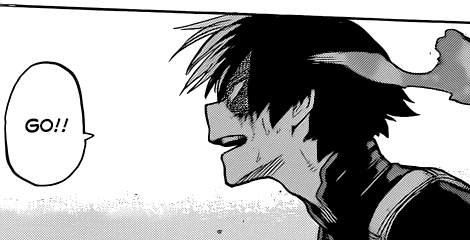 Hawks reaction to Dabi saying his real name though… like he’s been keeping it a secret, like he’s ashamed of his family name, like how fucking ironic it would be if Hawks admired Endeavor all this time because he took down his abusive, shithead dad - the thief called Takami...

How tragic to see these two clash - the son of the villain turned hero, and the son of a hero turned villain - one saved, one destroyed by the same person, both let down by hero society in their own ways, turned into ruthless weapons unable to save the person they both think is worth saving.

The Dabi-reveal is the true slow-burn of BNHA and I think it will be even more complex and tragic than we ever imagined….

Making Dabi/Touya edits to distract myself a little

feel free to color these, just please credit me for the edits. 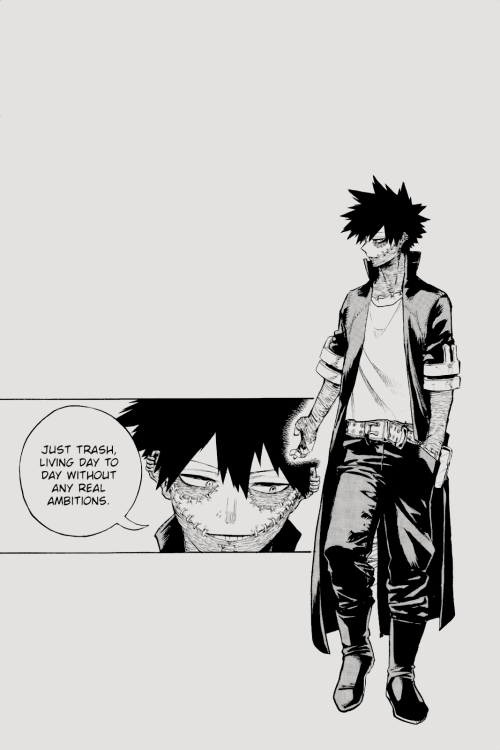 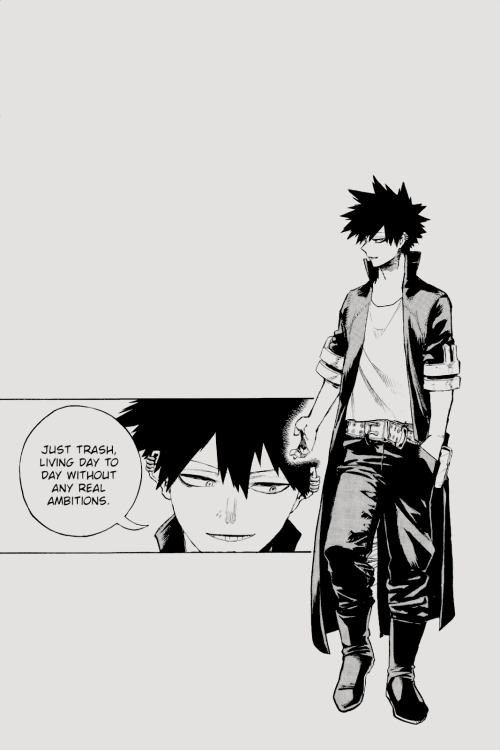 Y'all. The update chapter- THEY’RE CHILDHOOD FRIEND, this ship is fucking saileddd!

okay. ok. but like even if dabi and hawks weren’t childhood besties and even if they never met before hawks’ double agent business, WHAT IF the reason touya knew of takami keigo was because endeavor never shut up about him?

if endeavor knew about the little boy being raised by the commission and being set up to be the greatest hero of all time, there’s no way he WOULDN’T hold that over touya’s head and compare him to hawks. he’d wonder why touya couldn’t withstand the intense training that hawks could, and would punish him for that, always criticizing touya for not being able to do what a kid even younger than him could do. touya builds up a bitterness towards hawks without ever even meeting him.

when they finally do meet, hawks has no idea who touya or dabi is, but dabi knows. he knows how close endeavor and hawks are and how much they work together – probably something that endeavor would’ve liked to do with touya if he hadn’t died/been a failure. dabi makes the mistake of trusting hawks because he gets lost in the excitement/relief of a person he once resented joining his side, seeing his perspective, etc. dabi understands from what endeavor told him as a kid that what the commission did to hawks was Not Good, and dabi believes hawks knows that too (because how could he not when he was treated like that?) and also resents the heroes for it, so he lets hawks hang with the villains as a big fuck you to endeavor.