Booker and Joe have two handshakes. One is super long and complicated, it has twenty steps and weird bird noises and it takes over a minute to execute. They use that one mainly for victory. The other one is a clap and fist bump. It’s their entryway to a hug or a friendly wrestling match or a slap to the ass.

I personally think “Heir of Fire” would have been a cool overall series name. You could sell me on “Queen of Shadows” as well, but it doesn’t have to be an existing book name!

“who’s the man in your relationship” yusuf al kaysani, next

I love the small details like Hao Shuai going “Your small face’s become so skinny these days! I’m so sorry I was so busy I didnt come and see you…” and Sun Yi Qiu: “You came over twice today” and also Lin Yu Ming picking up Sun Yi Qiu’s phone and going “You’re looking for Sun Yi Qiu? He’s gone out - oh it’s Hao Shuai? No, don’t come over.” Even when he’s not there on screen Hao Shuai basically has half a foot in Yi Qiu’s office space all the time and I love it

Andy has a unique talent. She spent a decade in modern day Canada where mountain goats live and she studied how they climbed the steep mountain cliffs. She fell a lot. Thousands of times and every single time she fell, several goats would bahh in encouragement. She got so good and so fast that there’s a tribe who has a story about a supernatural being who haunts the cliffs.

Hold on, from that last post what if Nicky and Booker started bonding with a bar brawl they got involved in? And that’s when they had their first bet together? Because Nicky said something along the lines of “Bet I can trip that guy before you” and it was On between from now on, no take back.

It’s still well early in their relationship, Booker has been with them for a couple of years max and things are still a bit tensed and unsure between them, they don’t know how to act around each other yet and what the other wants and is like, after a mission they both go to a bar to wait for Andy and Joe still busy somewhere else. They sit and drink and wait for them and for whatever reason, some guy start bothering someone and it gets out of hand and the entire bar ends up fighting. And because they’re tired and a bit drunk they both get involve and that’s when Booker realizes Nicky isn’t uptight and patronizing like he thought he was but he too can get his hands dirty and he can be a sneaky bastard like Booker if he wants to. And that’s when Nicky realizes Booker has a team spirit and is willing to take sides and fight for others and more importantly defends the people he cares for. Which apparently now includes Nicky too he realizes when Booker takes a blow that would have got Nicky if not for him.

#i feel enlightened by this thought#they both have bastard energy nicky kind vibes are just more powerful but the bastard comes out from time to time#see: the bets and the face he does when he's angry#booker is a bastard through and through with kind vibes that comes out for the right occasion they balance each other out#anyway i need to think about their friendship more now#tog#tog headcanons#nicky & booker#nicolo di genova#sebastien le livre#the old guard headcanon
1 notes
daniwouldnever
Answer

Luckily for Andy, Quynh was more endeared than annoyed at the sight in front of them. That didn’t mean she wouldn’t complain though.

“What’s the point of owning horses if we’re not going to use them for transport?” Quynh asked her, raising an eyebrow at her lover.

“First of all, we don’t own them,” the older woman stopped petting one of the horses for one moment to raise an accusatory finger at Quynh, then continued, completely unbothered.

“And…?” Quynh tried to get the rest of the argument out of her but Andy only made a distracted noise that revealed she either forgot the rest of her defense or didn’t have one to begin with. Shaking her head and wearing a loving smile Quynh walked over and offered a hand in feeding the animals. “It’ll be just horses, right Andromache?” she asked, but the smile she got as a response wasn’t very convincing.

“Can you believe people are scared of this puppy?”

She was standing beside Andy, who was kneeling on the ground, rubbing the belly of the wild wolf they had, somehow, befriended. As if being an actual wolf wasn’t intimidating enough, judging by the plenty of scars on the animal’s face and body it had been used to getting in fights with people or other beasts. When Andy and Quynh found him hurt and close to death they took care of him, healed his wounds, fed him, and in return, he never walked away from them.

“It’s harmless,” Andy defended her newest friend as he fondly licked her hand.

“It’s… charming, and nobody will let us walk into their town if you don’t put him on a leash.”

Quynh’s comment was met by an outraged gasp from Andy, but a second later Quynh was kneeling on the ground, laughing loudly while the very scary wild wolf happily tried to lick her face as a sign of love.

Soon enough in their relationship it became more than obvious that Quynh’s playful complaints were just a way to tease her partner when in fact she was just as likely to take in unlikely pets that stole their hearts.

“So…” Andy started with a chuckle as she sat down on the ground beside Quynh, “No comments about how this is a feral cat? A wild beast? Or how we’ll be kicked out of every city for carrying this monster with us?”

“Andromache… this is a baby,” Quynh replied, very seriously, holding up in her arms the cat that couldn’t be more than just a few weeks old and that they couldn’t identify besides a certain knowledge that it was far from a domestic kind of animal.

“Alright, fine,” Andy agreed. She reached out a hand to carefully let the tiny cat play with her finger. Someday that baby would be a big cat that would terrify entire cities, but right now it was an adorable thing that had made a home in Quynh’s arms. “But what are we going to do with the other five?” she asked, nodded her head toward the five baby cats playing with each other and stumbling around by their feet. Instead of answering, Quynh laughed, and passed her one of the cats.

“This has to be my favorite group of friends we’ve had in years,” Andy said, lifting up in her arms a baby panda and carrying it away from a slope that the young thing was seemingly obsessed with.

“Why is that?” Quynh replied, not without certain difficulty, considering she was pretty much wrestling two other babies that demanded so much attention, but got her laughing until her stomach hurt.

Quynh didn’t even get to hear Andy’s response, she only remembered the other woman’s presence when she deposited an extra bear in front of her. The new baby bear distracted the others enough for Quynh to get a second to look up at Andy, who didn’t waste time and immediately stole a kiss from the love of her life.

“Because they make you happy,” Andy replied, stole one more kiss and then got her attention stolen by the panda bears that needed them.

Centuries later, everything was different. The world, their family, themselves. But, some things never changed. Andy and Quynh’s love for each other, Quynh’s playful love, Andy’s endless kindness, and a certain weak spot they had for animals that other people would run away from.

“That can’t be safe, you know that,” Nile passionately complained to Quynh as the two of them watched Andy basically cuddle with an adult brown bear. “She could die,” the youngest member of the team emphatically waved her hand at the crazy scene in front of them.

Quynh attempted a reassuring smile. “Only if the bear tried to kill her,” she replied, “We raised her since she was a baby.” She shrugged, and just to make her point she walked over to her wife and sat down beside her, their backs resting on the bear, and playfully pushing away the great paw that tried to play with them. It took a while but eventually Nile had to accept the fact that every now and then Andy and Quynh would raise an actual bear in one of their safe houses and that was part of all their lives.

I would argue that this is one of the most heartbreaking things Maas has ever written.

[Image ID: The meme from The Office with actor Steve Carell looking at the camera. The edited subtitles on the first panel say “I love The Old Guard fanfics.”. On the second panel: “Love to read one that actually doesn’t forget that Yusuf is Muslim.”. End ID]

#ave posts#tog#obviously i have read really good ones that dont forget his religion#but like... im noticing a trend#i will never claim to know much about islam. but there are some basic things though that you can pepper in your fics to show you arent#completely ignoring this#so many fics ive read already not only not mention anything about his religion or culture (while in contrast absolutely do that with nicky)#but they also write things that contradict his religion#like....#makes you raise your eyebrow
3 notes
resident-normal-person
Photo 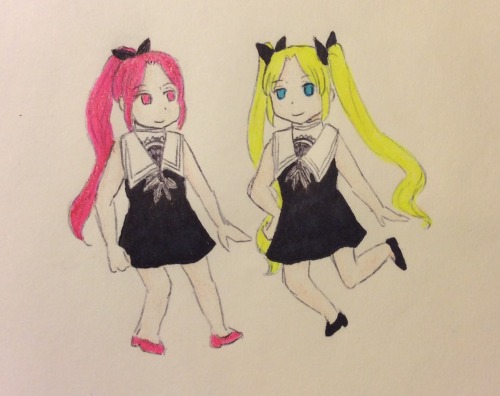 Throne of Glass is my least favorite in the whole series if I’m being honest but especially the beginning part, once we meet Nehemia the book gets better but I could not stand the first part of that book. i actually really like Crown of Midnight just not as much as the other books in the series, and honestly The Assassin’s Blade gives you such good insight on Celaena’s feelings about Sam and also how the rest of the series connects with the novella’s when Aelin starts setting things in motion during qos

And here come the tears…

Joe probably gives the best hugs. I rest my case

Chaol (toasting) : Dorian, you’re like the brother I never had.